Hundreds of dogs and cats have been cooped up at shelters in the US Virgin Islands for months.

But now shelter officials are on a mission to raise enough funds to organise private cargo flights that can transport animals to the US, instead of euthanizing them.

Among them is Mr. Brown, a 9-year-old bulldog mix who, we’re told, loves kisses â€” and female dogs. Mr. Brown has been living at the Animal Care Centre of St. John for over a year.

He doesn’t know it, but he’s all set to take a trip from St. John to St. Louis, Missouri. 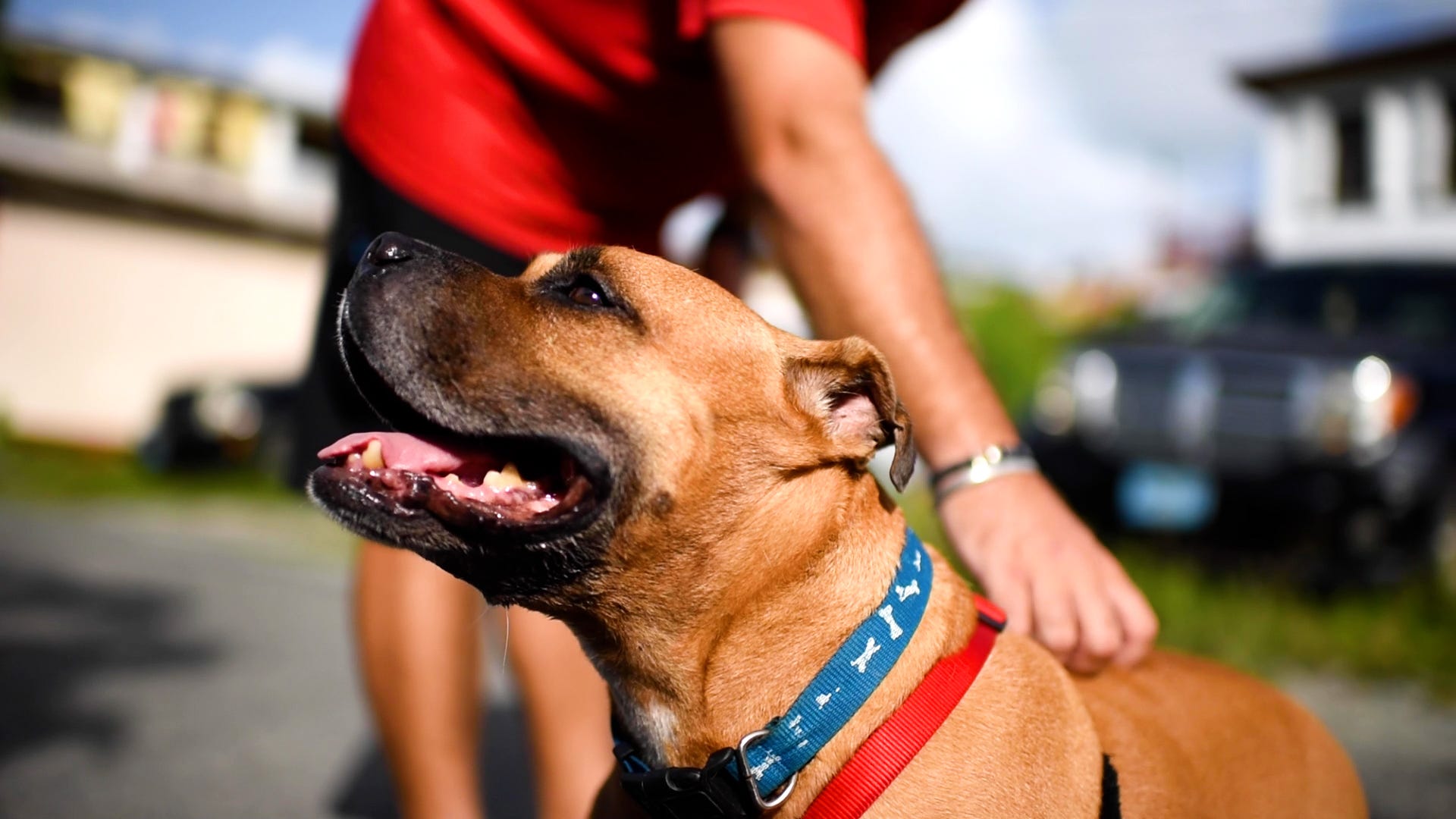 Anne Bequette for Business Insider TodayMr. Brown and hundreds of other dogs and cats have been cooped up at shelters in the US Virgin Islands for months.

“We got a call from someone saying that there was a dog left on a property,” shelter manager Ryan Moore said. “We went out there to check it out and there he was. He was not actually tied to the tree at that point anymore. He had chewed through the rope, but he was just sitting there.”

There are many stray animals like Mr. Brown on the streets across the US Virgin Islands, and since the pandemic, their population has grown.

“Currently our overcrowding is out of control,” said Amanda Kennedy, the director of operations at the Humane Society of St. Thomas. “Our facility was designed to hold 110 animals, and we are currently caring for 339 animals.”

She added that a lot of the animals coming in are undernourished and under-socialised, and require medical attention like heartworm treatment. 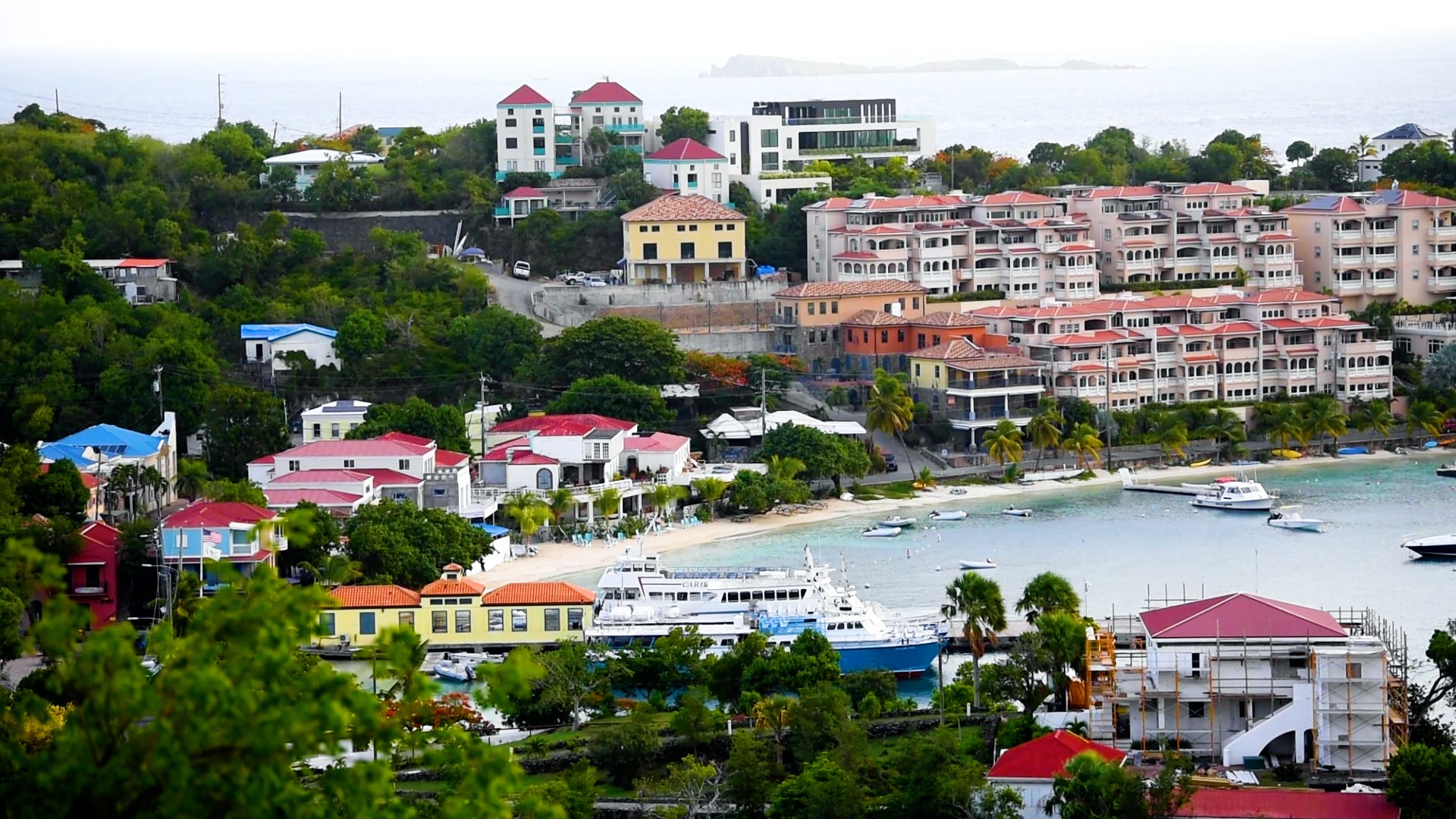 Anne Bequette for Business Insider TodayMany pet owners in the Virgin Islands could no longer afford to keep their animals after tourism came to a standstill amid the pandemic.

Before the pandemic, hundreds of animals were adopted by tourists every year, Kennedy said. But with all nonessential travel to and from the islands off limits from March until mid-September, these animals had nowhere to go.

“There’s been so many things that have changed with the airlines. Not only are there less flights, but they have actually stopped allowing cargo to go. And so we have not been able to get any big dogs out at all,” she said.

To make matters worse, the island’s main industry, tourism, was nonexistent until the islands began welcoming back visitors on September 19. The lack of tourism left thousands of residents jobless and financially insecure.

“Many are forced to give up their pets because they can no longer afford them,” Kennedy said. “We certainly have a number of animals here now for that reason. And it was heartbreaking for these pet owners to have to give up their pets. They truly did not have any other choice.” 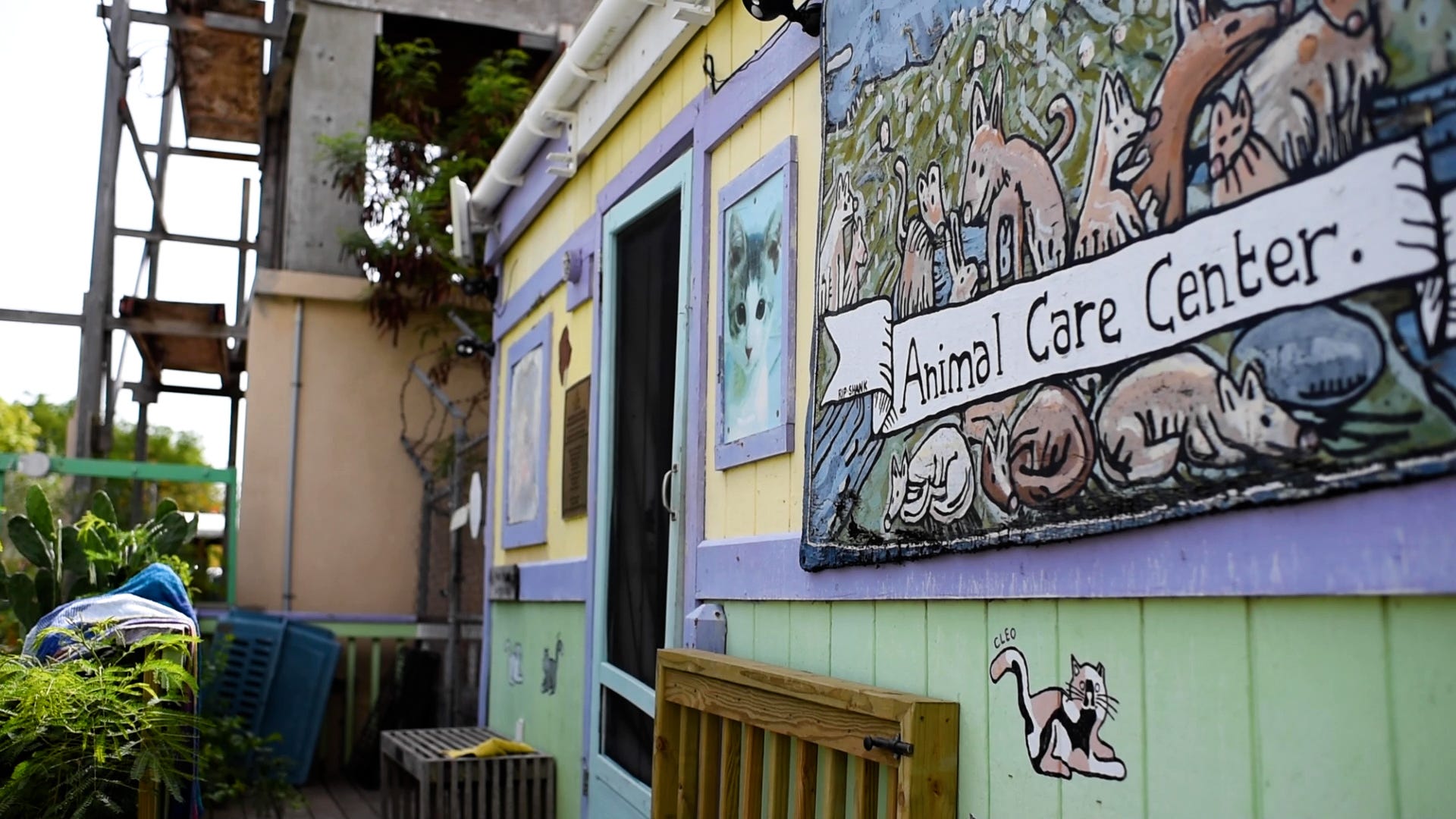 Anne Bequette for Business Insider TodayThe Animal Care Centre of St. John is one shelter that’s been trying to organise flights to transport animals to the mainland US so they don’t have to be euthanised.

But in late August, with the help of private donors, nearly 300 animals embarked on a trip of a lifetime. Pat Kerschner, a volunteer, helped get their paperwork ready before the flight.

“They need health certificates, rabies certificates, all their medical records, pictures of the dogs. It’s very laborious,” he said.

It was only the second cargo flight from the islands in the last six months. And while Mr. Brown secured his one-way ticket, many others were left behind, which is why the shelters are running a GoFundMe page to keep raising money for future trips. It costs about $US200 to transport an animal by air. 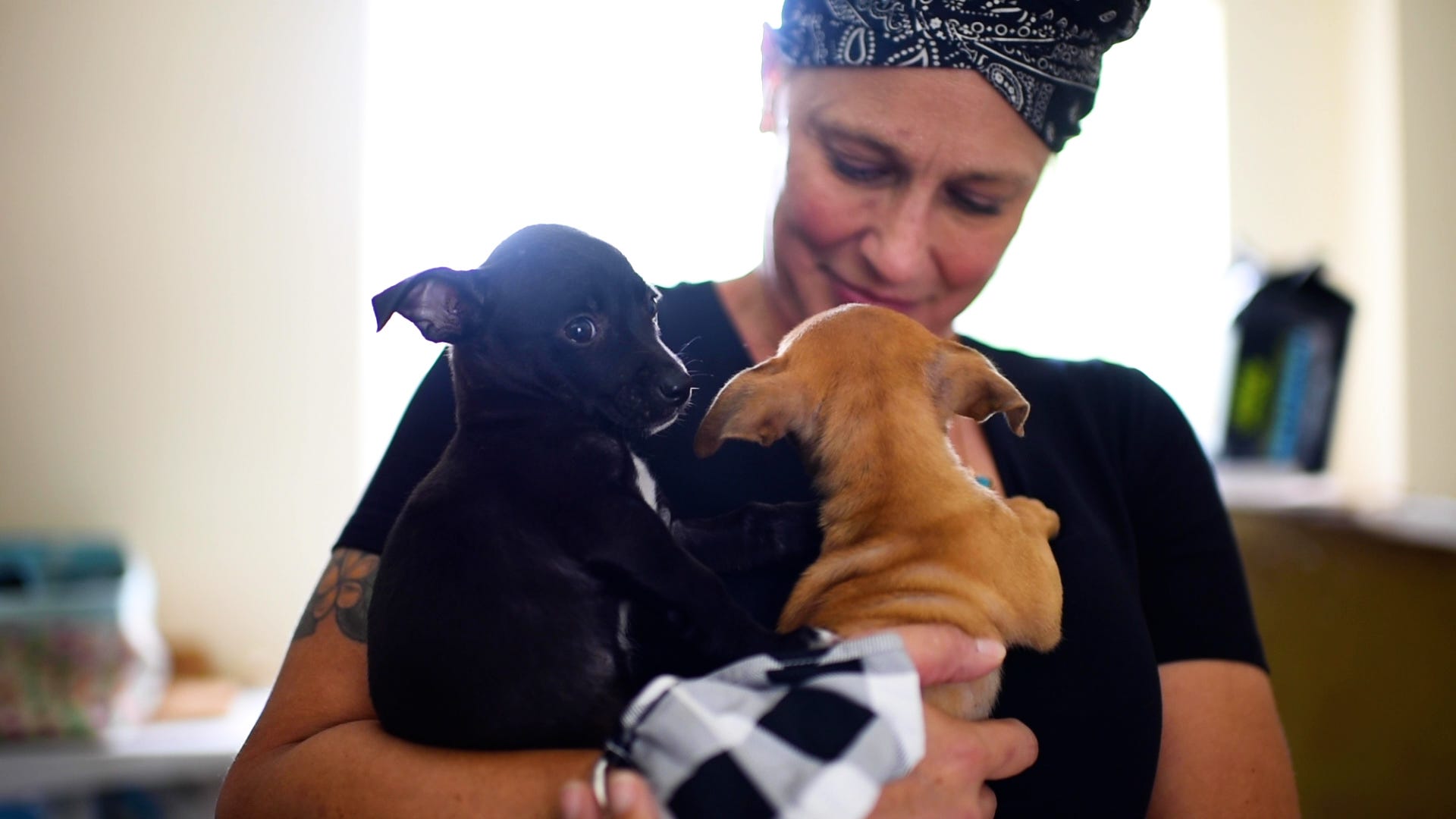 Anne Bequette for Business Insider TodayAmanda Kennedy of the Humane Society of St. Thomas said her facility was designed to hold 110 animals, but is currently caring for more than 300.

Mr. Brown’s final destination was a shelter in St. Louis. After 48 hours, he arrived with 30 other animals to Stray Rescue of St. Louis, where he was greeted by Natalie Thomson, the shelter’s director of marketing.

“They were on a boat and planes and buses all to get here. And so Mr. Brown went through all of that to get a second chance,” Thomson said.

Unlike in the US Virgin Islands, the rate of adoptions has soared on the mainland since the pandemic began.

“We were receiving so many applications for adoption or fostering because people were working from home and had the time to step up. So that was really incredible to see just thousands of adoption and foster applications coming in,” Thomson said. 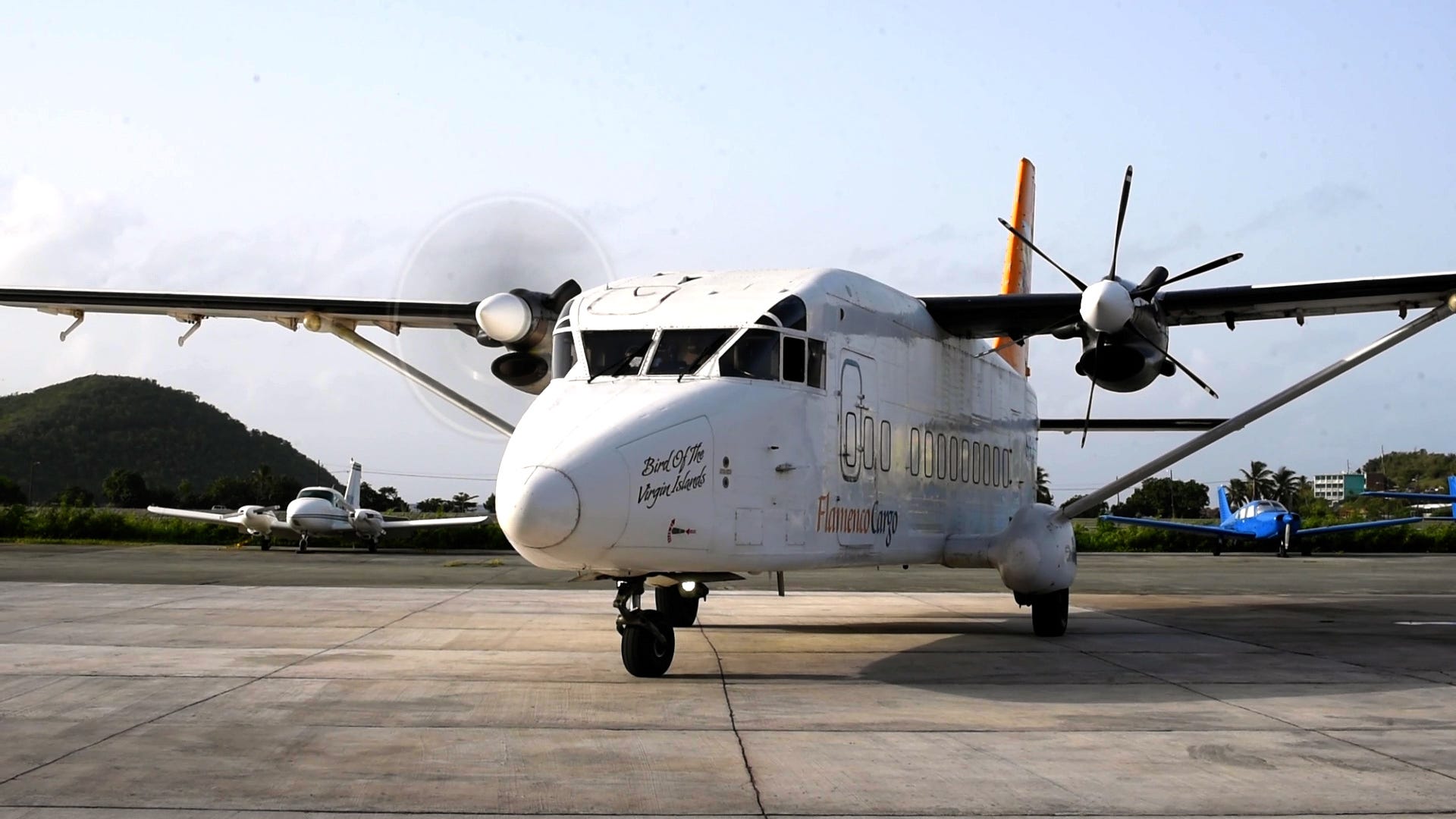 Anne Bequette for Business Insider TodayIn late August, with the help of private donors, 300 animals were flown from the Virgin Islands to various cities in the continental US.

One of them was Emily Lichtenstein, who is Mr. Brown’s new foster parent. She said she had always wanted a dog, and the pandemic has given her a chance to help through fostering.

“I was home alone working from home and I lived by myself,” she said. “I was just getting tired of just, you wake up, you go to your computer at your table, and then you go home and go to a different room that’s basically in the same house. So I wanted something else.” 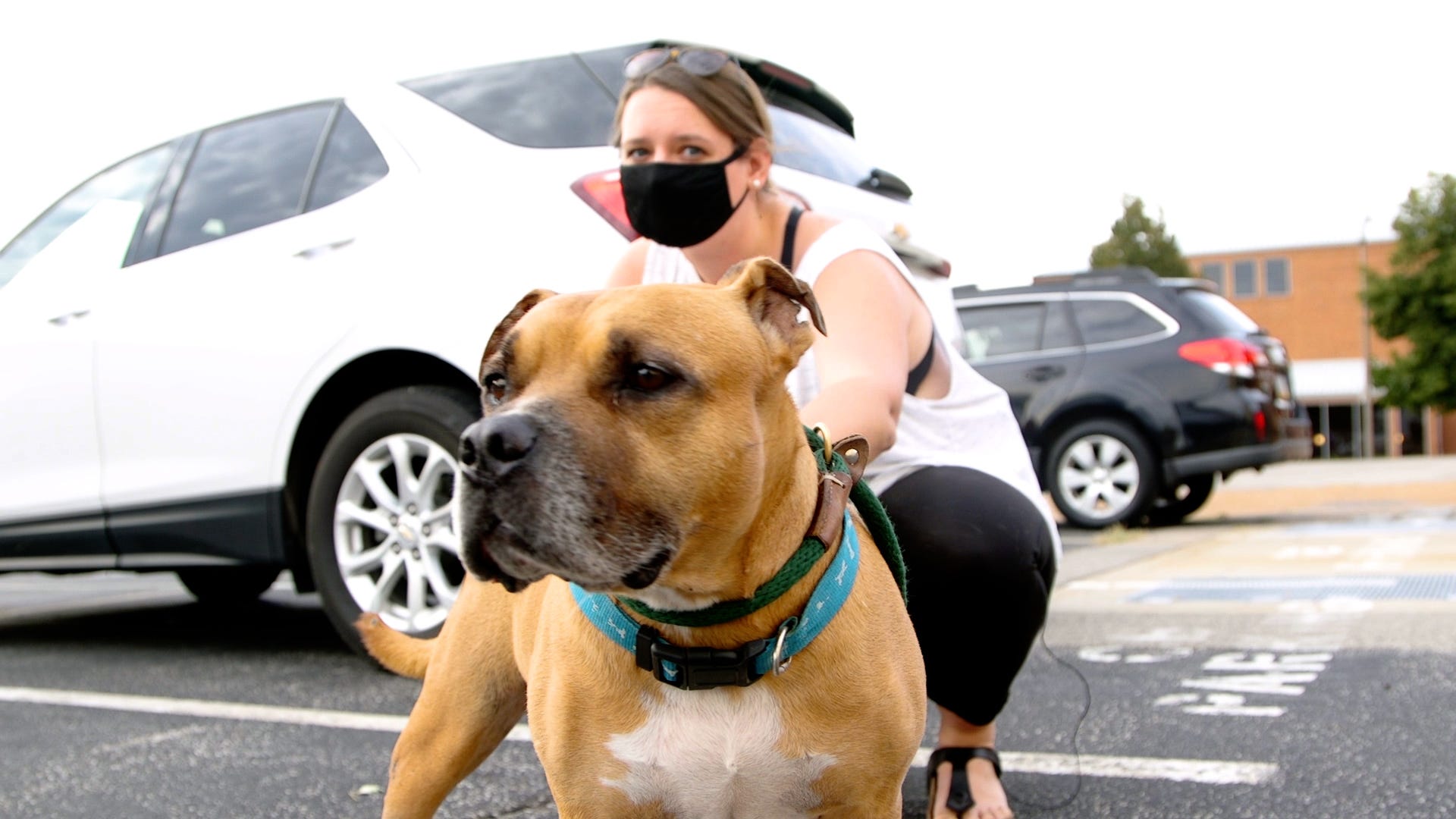 Tony Barsanti for Business Insider TodayMr. Brown’s final destination was St. Louis, where he was greeted by his new foster parent, Emily Lichtenstein.

And now she has Mr. Brown to foster until he finds his forever home.

“He’s been cooped up a pretty long time, so we’ll probably go for a little walk,” she said. “Lots of cuddles, lots of snuggles, lots of treats.”