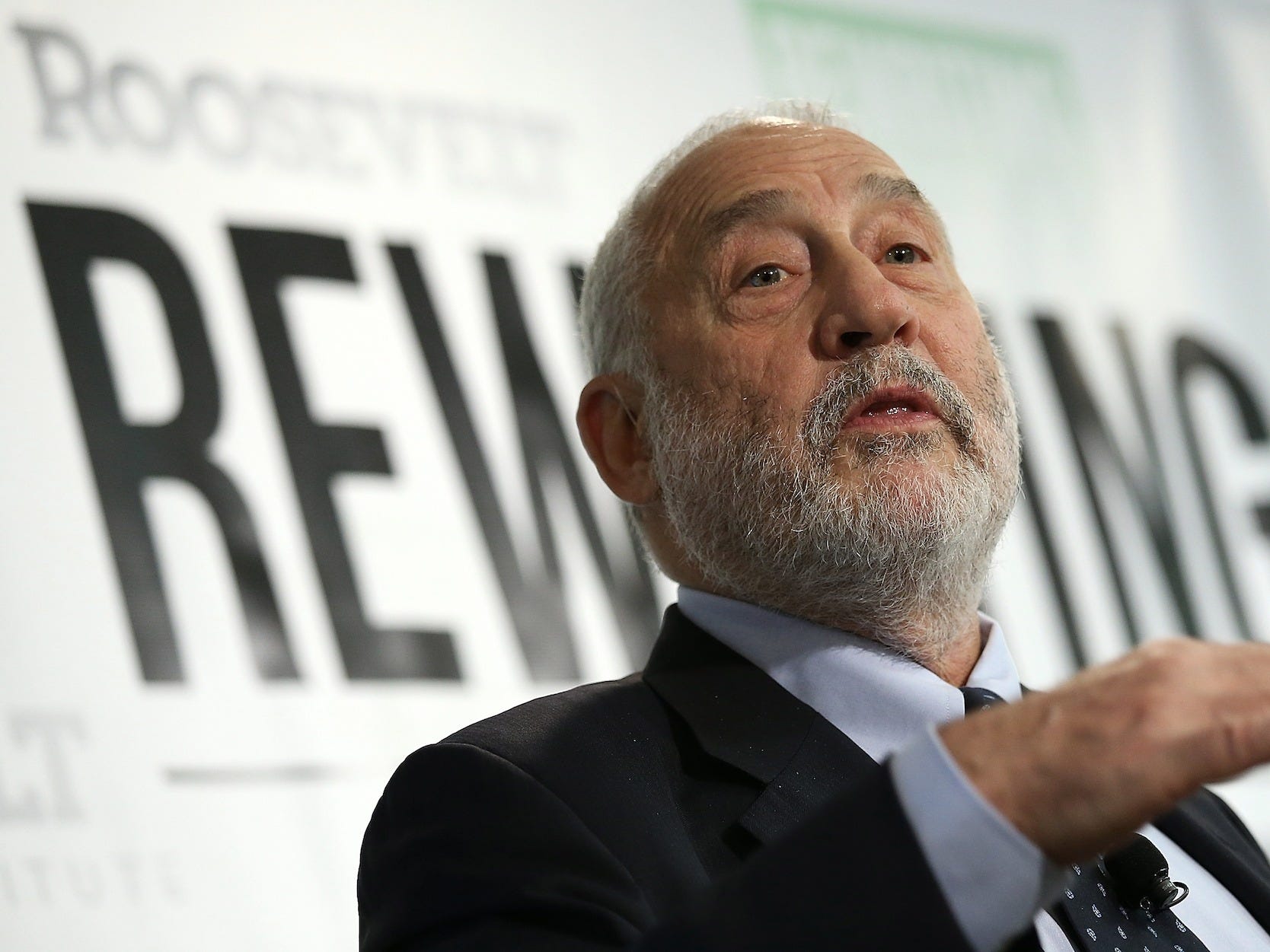 Win McNamee/Getty ImagesNobel-prize winning economist Joseph Stiglitz speaks about the release of a new report he authored that was published by the Roosevelt Institute May 12, 2015 in Washington, DC. The report, titled ‘New Economic Agenda for Growth and Shared Prosperity’, discusses the current distribution of wealth in the U.S. and offers proposals for modifying that distribution.

Stimulus programs have failed to help the Americans in most dire need, according to famed Nobel Prize-winning economist Joseph Stiglitz.

Stiglitz told CNBC in an interview published Tuesday: “The problem wasn’t just the amount of money. It was how the programs were designed,” Stiglitz said.

“Our programs have failed, and we have to admit that,” Stiglitz added.

The Treasury Department announced last month it would borrow $US2.99 trillion in the second quarter to foot the bill for the government’s economic rescue response to the coronavirus pandemic.

The US has already launched one $US2 trillion stimulus programme, and another worth $US3 trillion is currently before the Senate. It is unlikely to pass, however, as it was proposed by the Democratic Party and the Senate is controlled by Republicans.

Stiglitz, a professor at Columbia University and a winner of the Nobel Memorial Prize in Economic Sciences in 2001, noted: “The businesses with the best connections with the banks, the best customers, got at the head of the line, and those weren’t the smallest businesses, they weren’t the people who needed it most.”

The Nobel Memorial Prize in Economic Sciences is not technically a Nobel Prize as it was not established by Alfred Nobel, but it is widely considered the most prestigious prize in economics, and many consider it equivalent to a Nobel Prize.

Stiglitz downplayed the notion that the US economy will bounce back in a V-shaped recovery once the pandemic subsides.

“Even after pandemic is put under control, economic recovery is not going to be easy.”

Some 40.7 million citizens have filed for unemployment in the past 10 weeks.

What the US can learn from other countries policies

Stiglitz cited a number of other countries he believes have handled the pandemic better than the US.

“What is happening in the US compared to other countries is that Denmark and New Zealand did design the [stimulus] programmes in the way I would have recommended.”

Some of these countries have paid companies to continue listing their workers on their payrolls, an approach which Stiglitz would have preferred the US to implement in tackling unemployment.

Stiglitz said the US needs to particularly focus on younger generations including recent graduates and those still completing high school.

He said: “In our bailouts we didn’t help the universities, we gave money to some dieing industries, but not to the industries of the future, including higher education.”

“Those graduating from college or high right now are facing a very tough job market. They are not eligible for unemployment insurance, they are caught in between.”

Stiglitz added that those who are in school or training are usually eligible for some form of benefits in Europe, something the US could implement.

He also thinks the US would have to at some point reduce the burden of student debt.

“Australia has a very good system based on Income Contingent Loans where the amount paid is related to your income and even after 20 years if you made the choice to go into [low paid sector] then they forgive the loan,” he said.

Stiglitz added: “These are valuable years which you shouldn’t be wasting feeling disconnected or resentful, I would put a high priority on that type of a programme.”