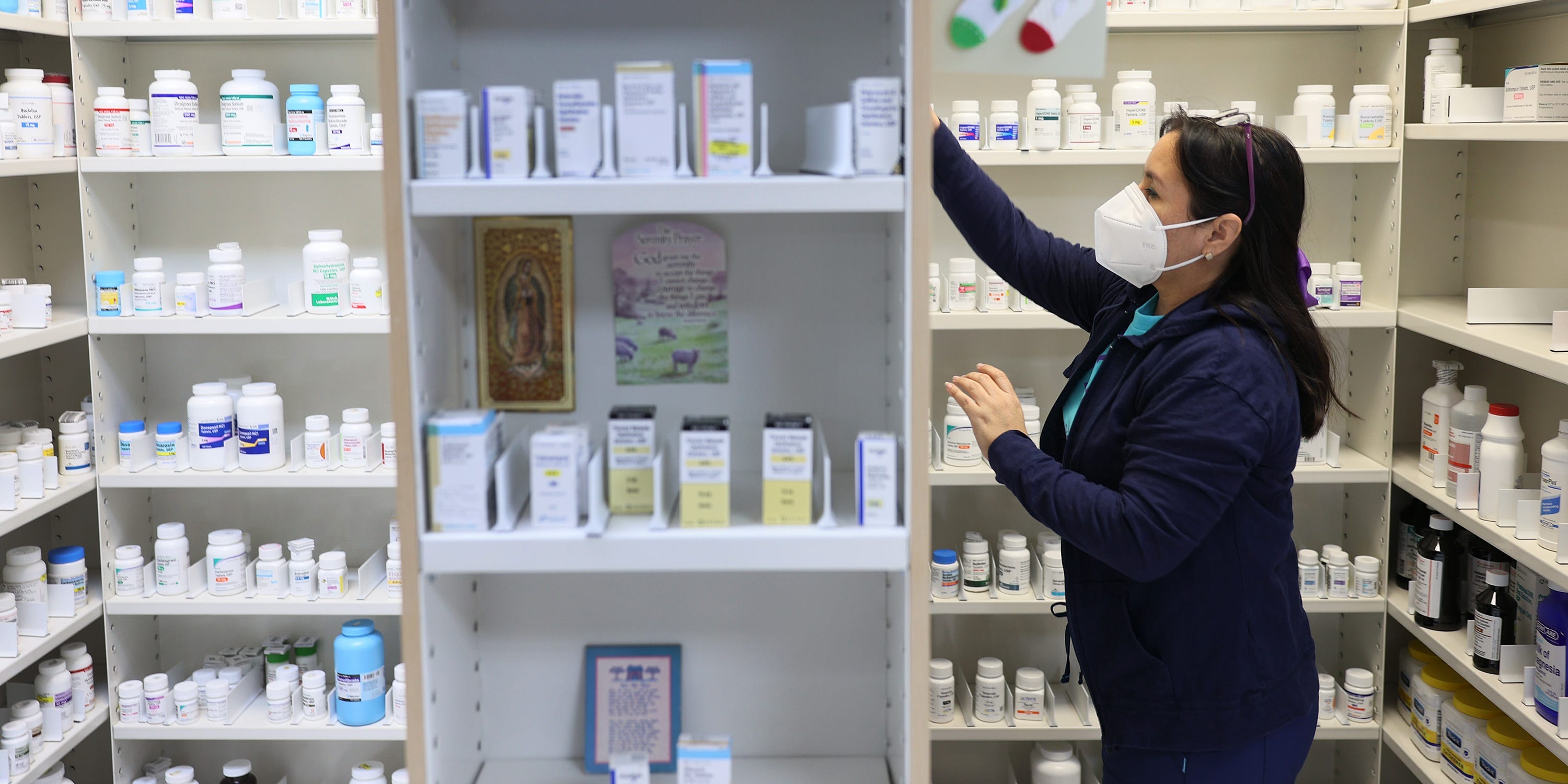 After a slow start to the coronavirus vaccine rollout, US officials are calling in reinforcement: On Tuesday, the federal government’s vaccine initiative, Operation Warp Speed, recommended vaccinating Americans over 65 as soon as possible. To assist with this process, Warp Speed allowed states to transfer doses that were sitting in freezers at hospitals to local retail pharmacies.

Starting Thursday, at least one state, New York, will begin administering those transferred doses to the public, Kathleen Jaeger, senior vice president at the National Association of Chain Drug Stores, said on a recent press call. Ohio and Colorado will follow suit shortly after, she added.

“The hospitals are doing a phenomenal job, but certainly a lot of them are at saturation point dealing with COVID patients and other very sick individuals, so transferring [doses] to community pharmacies that stand ready” makes a lot of sense, Jaeger said.

New York won’t be the first state to administer coronavirus vaccines in a retail setting. Several states have independently partnered with pharmacies to expand their vaccine rollouts.

On January 5, less than 70 Kroger stores in the Houston, Texas, area began administering coronavirus shots to pharmacy staff. Pharmacists have also administered shots at 22 Publix supermarket stores in Florida and 50 Ralphs pharmacies in Southern California. And, as of Monday, vaccines had either arrived at or were in transit to 209 pharmacies in Louisiana.

But Thursday marks the beginning of a much wider vaccine rollout in pharmacies across the US.

As of Thursday, Jaeger said, any state that transferred doses from hospitals to pharmacies could begin vaccinating people at those new locations. States can continue to transfer shots moving forward, she added, with doses being moved to pharmacies on Thursdays each week.

How pharmacies will handle appointments

New York Gov. Andrew Cuomo said in a press release that nearly 400 pharmacies were slated to help with administering shots this week. On Tuesday, Wegmans Pharmacy said it had been directed by the state to vaccinate customers over 65 at nine New York locations. The time slots quickly filled up, but the pharmacies have not created any waitlists.

Jaeger said pharmacies will offer appointments online, a system that will “allow for older Americans to come in a very civilized fashion to get their vaccines so they don’t have to sit in lines overnight.”

She added that “it’s pretty easy” to know whether someone is eligible for a vaccine since people over 65 can present their driver’s licence, while those with a preexisting health condition that qualifies them to get vaccinated can provide a doctor’s note.

Patients will be observed for 15 minutes after their vaccination, she said, unless they have a history of severe allergic reactions to the vaccine, which may require longer observation. 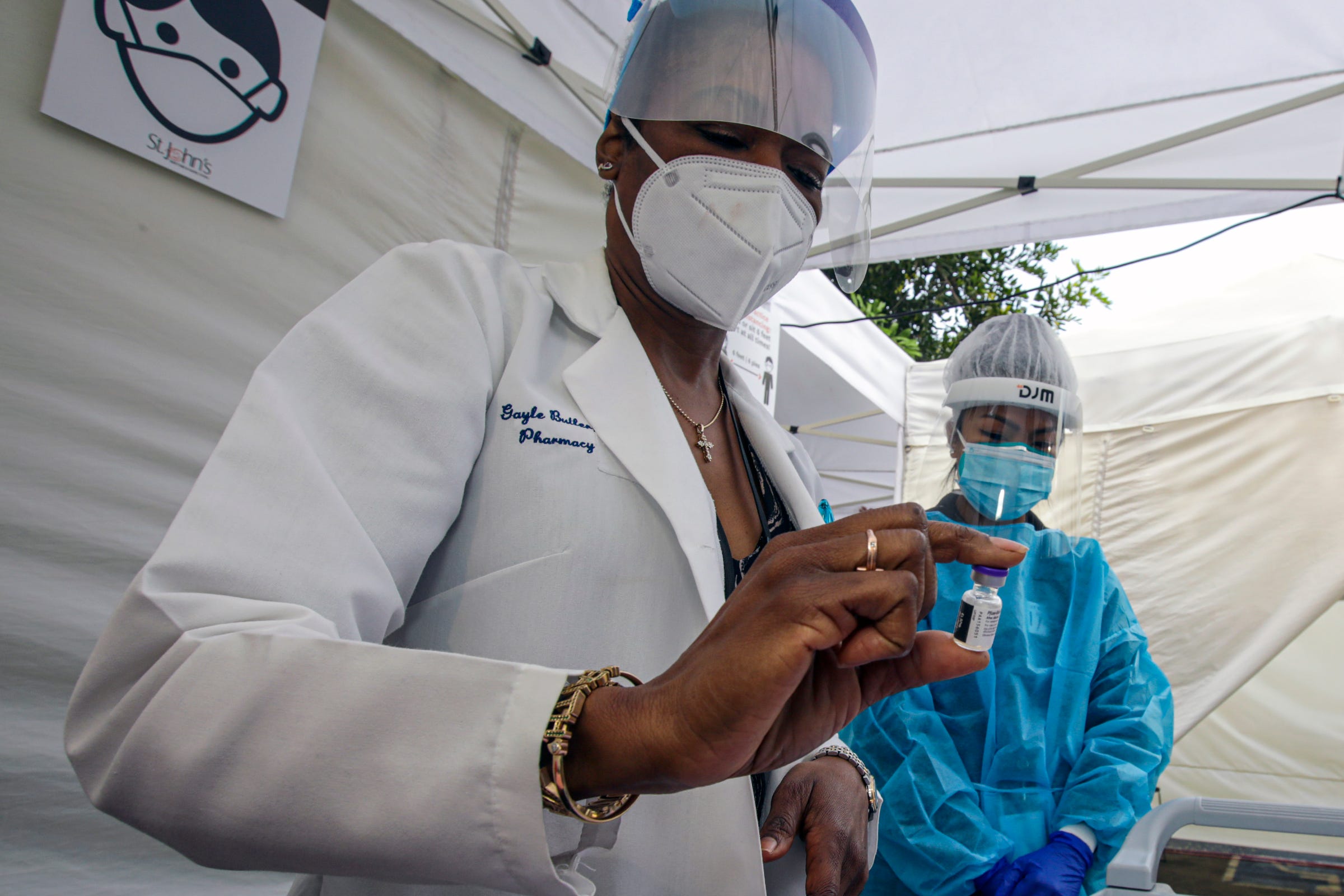 More pharmacies will join the rollout in February

By early to mid-February, Jaeger said, more pharmacies are expected to begin vaccinations through a federal partnership with 19 pharmacy chains and associations â€” including CVS, Walgreens, Walmart, and Costco.

Together, the nation’s 40,000 retail pharmacies have the capacity to vaccinate 100 million people in just 30 days, Jaeger said. That’s the equivalent of 3.3 million vaccinations per day, or 83 daily vaccinations per pharmacy.

If each pharmacy has only one person on staff to administer vaccines, Jaeger said, the average store could administer around seven vaccinations per hour.

The US has only administered around 10.3 million vaccines so far, according to data from the Centres for Disease Control and Prevention â€” but President-elect Joe Biden has set a goal of vaccinating 100 million people in his first 100 days in office.

Jaeger said pharmacies could help the nation exceed that target.

“The constraint is going to be supply of the vaccines,” she said, “but once supply is readily available, we will be able to very easily, swiftly, efficiently, and effectively” administer shots.