The US passed a grim milestone with a single-day coronavirus death toll above 500, bringing the country's overall count past 3,000 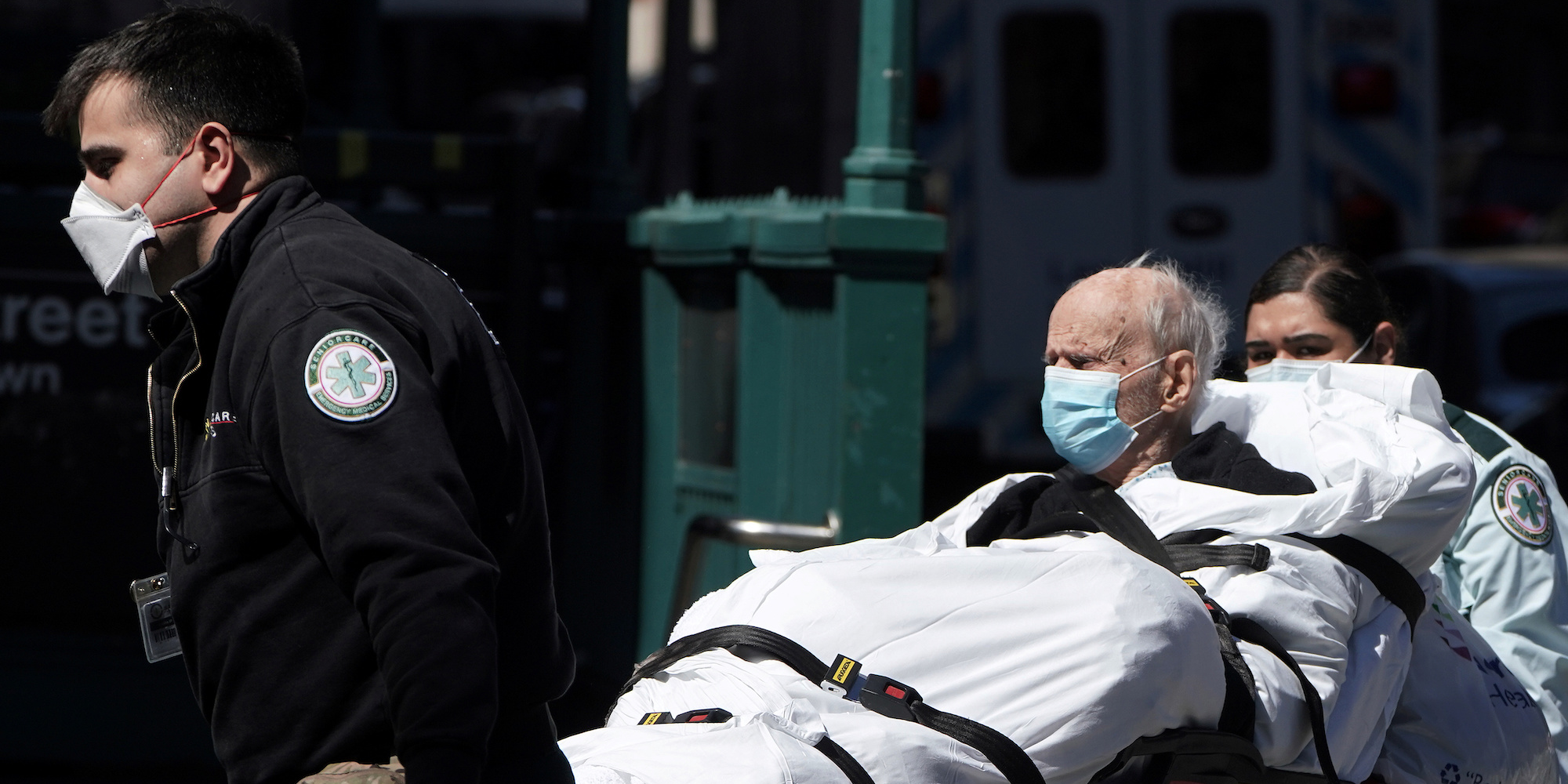 REUTERS/Carlo AllegriA man being wheeled into an ambulance in New York City on Friday during the COVID-19 outbreak.

The US passed a grim milestone Monday with the largest single-day coronavirus death toll in the country. More than 500 people died of COVID-19, raising the country’s total count past 3,000.

The previous highest death toll in 24 hours was 446, according to The Washington Post.

As of Monday, there were more than 164,000 confirmed coronavirus cases across all 50 states, including at least 3,050 deaths.

The top US infectious-disease expert, Dr. Anthony Fauci, told CNN over the weekend that the US could see “millions of cases” as the outbreak pans out, with 100,000 to 200,000 deaths.

“Whenever the models come in, they give a worst-case scenario and a best-case scenario,” Fauci told CNN’s Jake Tapper. “Generally, the reality is somewhere in the middle. I’ve never seen a model of the diseases that I’ve dealt with where the worst case actually came out. They always overshoot.”

The epicentre of the US coronavirus outbreak lies in New York, which has had at least 67,384 cases and 1,227 deaths. Other major US cities including Chicago and Detroit are emerging as hot spots for the coronavirus.

Nearly a third of Americans are under stay-at-home orders in a bid to contain the spread of the disease, with nonessential businesses, restaurants, and schools closing to keep people indoors. President Donald Trump said Sunday that federal social-distancing regulations would remain in place through April 30 after previously saying he wanted to open up the country by Easter, which occurs around mid-April.

The US has passed both Italy – which has confirmed the most deaths globally – and China – where the outbreak originated – in its number of confirmed cases. Italy as of Monday had reported nearly 101,800 cases, while China had reported just more than 82,200.