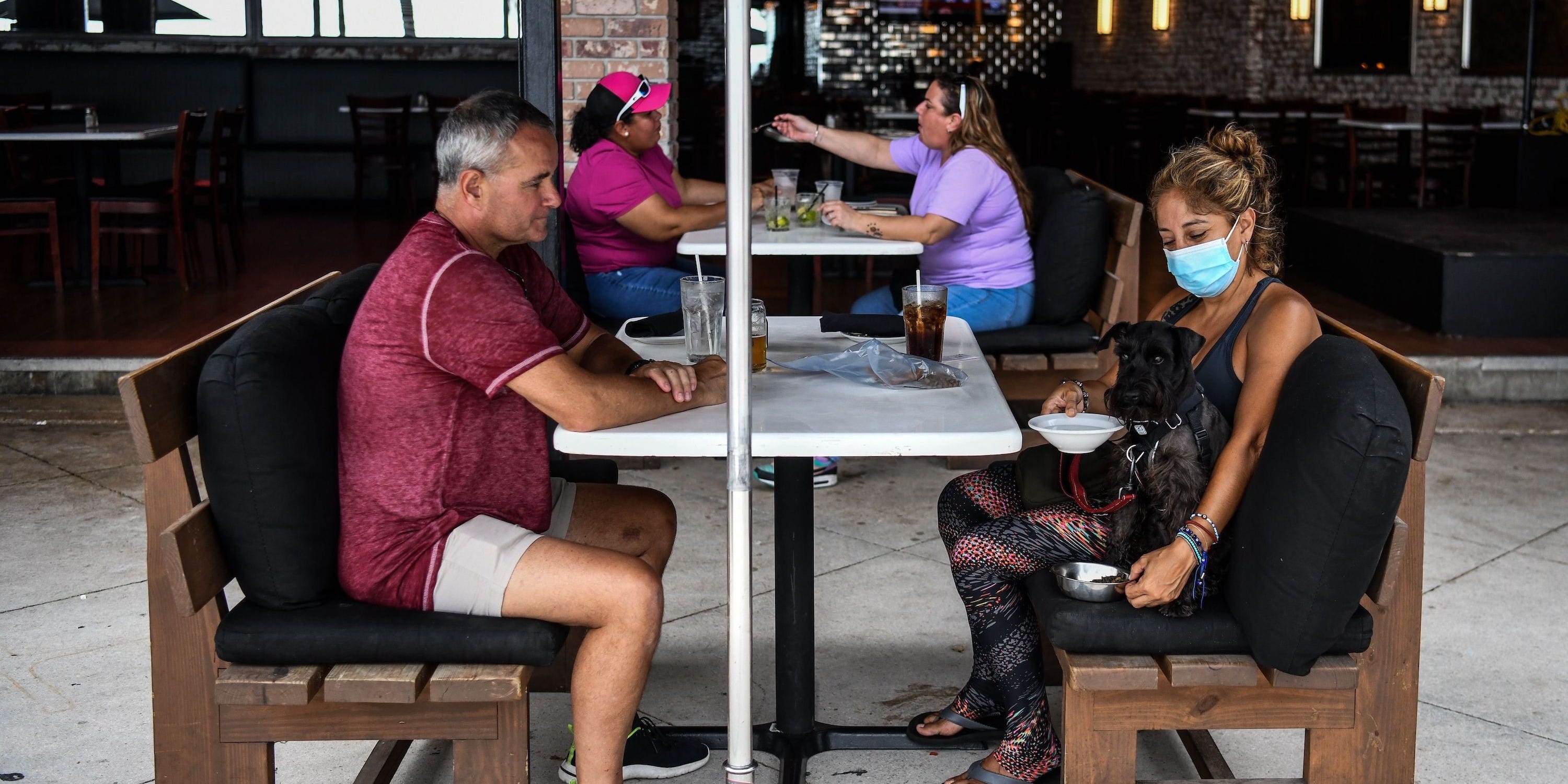 Chandan Khanna/AFP via GettyPeople eat sitting outside of a restaurant on Fort Lauderdale Beach Boulevard in Fort Lauderdale, Florida on May 18, 2020. – South Florida begins a gradual reopening of its economy on May 18,2020 with the start of activities of some restaurants and businesses in Miami and Fort Lauderdale, but the beaches will still be closed until further notice.The opening ‘phase 1’ in this region also does not include hotels, bars, nightclubs, gyms, movie theatres or massage parlours.

US companies added jobs in July but at a much slower rate than economists expected, potentially signalling that the recovery from the pandemic recession is losing momentum.

US private payrolls rose 167,000 in July, according to the ADP employment report released Wednesday. That’s much lower than the median economist estimate of 1.2 million payrolls added, according to Bloomberg data.

“The labour market recovery slowed in the month of July,” said Ahu Yildirmaz, vice president and co-head of the ADP Research Institute, in a statement. “We have seen the slowdown impact businesses across all sizes and sectors.”

The goods producing sector added 1,000 jobs overall, due to manufacturing hiring, which grew 10,000 in July. Losses of 1,000 jobs in mining and 8,000 jobs in construction weighed on the sector.

In the services producing sector, gains in trade; transportation and utilities; professional and business; education and healthcare; and leisure and hospitality jobs made up for losses in information and financial activities employment. Overall, the sector added 166,000 jobs in July.

In addition, the June report was revised up to show that US private companies added 4.3 million jobs in the month, instead of the previously reported 2.4 million.

The ADP report is a precursor to the US government’s July nonfarm payrolls report, which is set to be released Friday. Economists expect that the US economy added jobs in July but have said that there’s huge downside risk for the report due to mounting uncertainty from the coronavirus pandemic.