As lawmakers battle over who is responsible for testing, Harvard researchers say the US needs to test 20 million people a day to 'fully remobilize the economy' ReutersThe spread of the coronavirus disease (COVID-19) in New York

A group of Harvard researchers unveiled a plan to safely reopen the United States economy, which includes the ability to test 20 million people a day.

“Between now and August, we should phase in economic mobilisation in sync with growth in our capacity to provide speedy, sustainable testing, tracing and warning, and supported isolation and quarantine programs for mobilized sectors of the workforce,” the reported stated.

The plan calls for at least five million tests to be done per day in order to take the initial steps to open the economy, scaling it up to 20 million tests a day by late July to “fully remobilize the economy.”

“Massive testing is essential because it is more finely targeted-more of a precision device than a blunt instrument,” the report stated. “Rather than giving an entire city a stay-at-home order of indefinite duration, only those who are infected would need to stay at home or in a medical facility, and only for the specific amount of time required by the course of the disease.”

Protests have emerged across the US to pressure state governments to lift lockdowns as people are bearing the brunt of the economic fallout from the coronavirus. President Donald Trump himself tweeted to “liberate” the states of Michigan, Minnesota, and Virginia.

The plan acknowledges that even 5 million to 20 million tests “may not be high enough to protect public health,” and the ability to conduct that many tests is dependent on testing innovation.

“Consensus is emerging about what we need,” the report concluded. “How to do it is beginning to come into view. The time for action has arrived.” 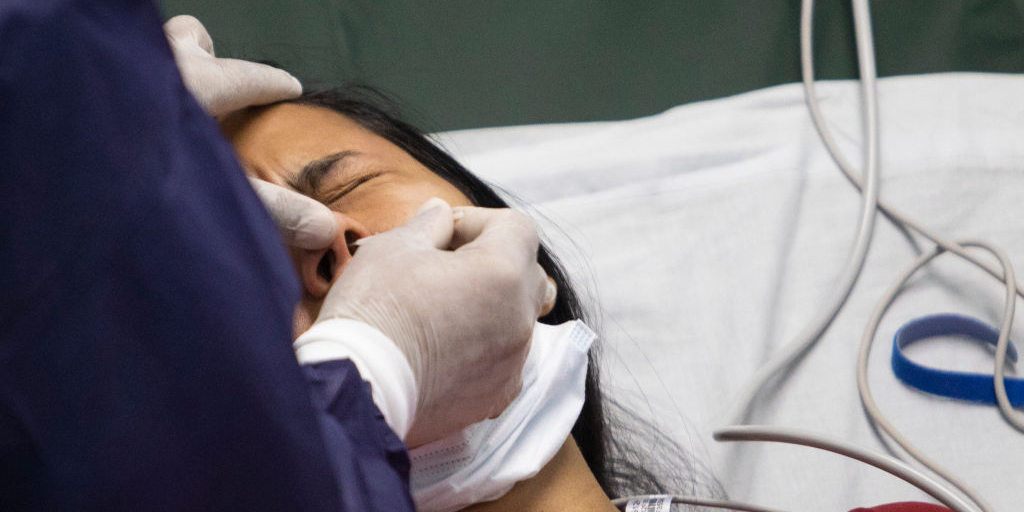 During the early stages of the spread of the novel coronavirus in the US, testing lagged due to faulty testing kits and other delays.

As Business Insider’s Aylin Woodward and Shayanne Gal reported: “Six weeks ago, the US was woefully behind South Korea’s tests-per-capita rate. On March 8, South Korea’s total number of tests done per million citizens was roughly 700 times the US’s, despite the fact that the two countries announced their first coronavirus cases on the same day.”

The US has now tested 4 million people for the novel coronavirus, which causes COVID-19, and is second to Italy in testing per capita.

President Donald Trump has given conflicting information about testing, starting by saying in early March that “Anybody that wants a test can get a test,” even as testing lagged.

Recently he has emphasised that state and local governments are in charge of testing – a facet needed to reopen the economy.

Meanwhile, both Democratic and Republican governors have said they need more from the federal government in terms of testing – from laboratories, to supplies like swabs and reagents, to FDA approval of some companies making testing materials.

In Congress, Democrats are pushing for a national strategy on testing to be added to a deal to provide more funds small business loans.