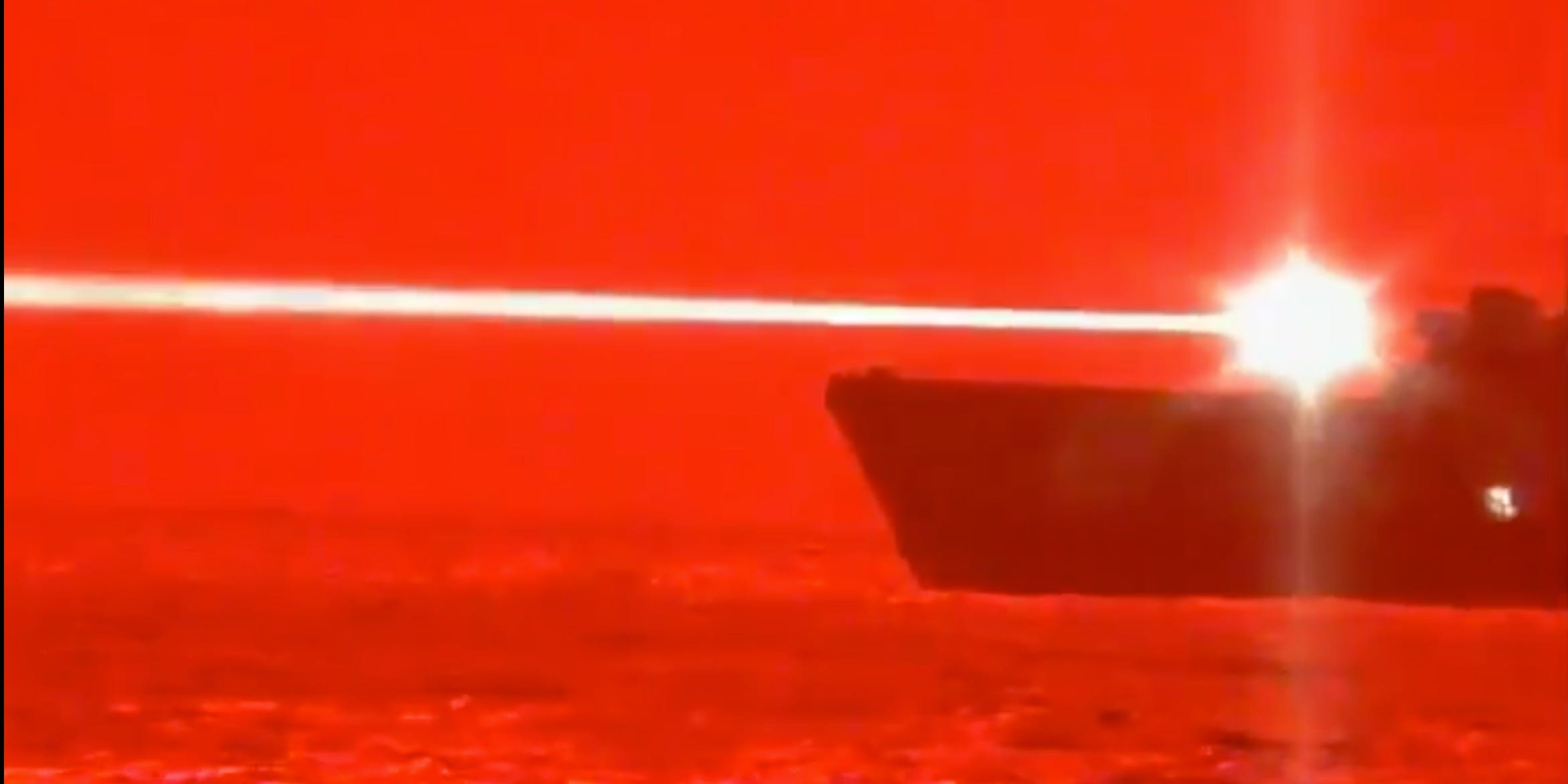 A US Navy ship downed a flying drone with a “solid state laser” in the Pacific Ocean, the service branch announced on Friday.

“By conducting advanced at sea tests against UAVs and small crafts, we will gain valuable information on the capabilities of the Solid State Laser Weapons System Demonstrator against potential threats,” US Navy Capt. Karrey Sanders, the ship’s commanding officer, said in a press release.

“The Solid State Laser Weapons System Demonstrator is a unique capability the Portland gets to test and operate for the Navy, while paving the way for future weapons systems, ” Sanders added. “With this new advanced capability, we are redefining war at sea for the Navy.”

According to the Navy, the weapon system is being developed due to “an increasing number of threats” that include UAVs, armed small boats, and adversary intelligence, surveillance and reconnaissance systems. The Navy has used other laser weapon systems on its ships, including its 30-kilowatt class Laser Weapon System (LaWS) aboard the USS Ponce.

The Navy hopes laser cannons can defend the fleet from drones and even the long-range missiles being fielded by rivals like China, which can outrange a US carrier strike group’s jets and missiles. China’s land-based missiles could overwhelm a carrier group’s ability to intercept with a finite supply of missiles, which is where the laser comes in.

The US Army is developing its own laser weapon, the Indirect Fires Protection Capability-High Energy Laser (IFPC-HEL), which is expected to range up 300 kilowatts and intercept rockets, artillery, and mortars.

The Office of Naval Research first awarded Northrup Grumman an initial $US53 million contract to develop the 150-kilowatt-class LWSD in 2015.

“For about the price of a gallon of diesel fuel per shot, we’re offering the Navy a high-precision defensive approach that will protect not only its sailors, but also its wallet,” director and program manager Guy Renard, said at the time.