The Navy and its allies have ships that 'do quite well' against Russia's newest subs, top US admiral in Europe says

The US and its NATO allies are increasingly worried about Russia’s improved submarine fleet, which can sail quieter and longer, and, with new submarine-launched missiles, strike farther.

That challenge is emerging as the US Navy is still determining what its fleet will look like in the future, but in the Atlantic, it isn’t alone in the undersea fight, according to Adm. Robert Burke, commander of US Naval Forces Europe.

“What I’ll say that we have different in this theatre, as opposed to my colleagues in the Indo-Pacific theatre, is some extremely high-end capable allies and partners with navies that … operate just like the US Navy and operate with us every day,” Burke said this month at an event hosted by the Centre for Strategic and International Studies.

The UK and France are “two extremely reliable, extremely capable partners,” Burke said, adding that Canada and Norway “contribute significantly to the theatre undersea warfare fight” and that Denmark is “expanding their capabilities.”

Most of those countries have “significant” maritime patrol and reconnaissance aircraft, either the US-built P-8 Poseidon, widely regarded as the best sub-hunting aircraft in service, or “a version closely resembling the P-8’s capabilities,” Burke added.

‘Science is on my side’ 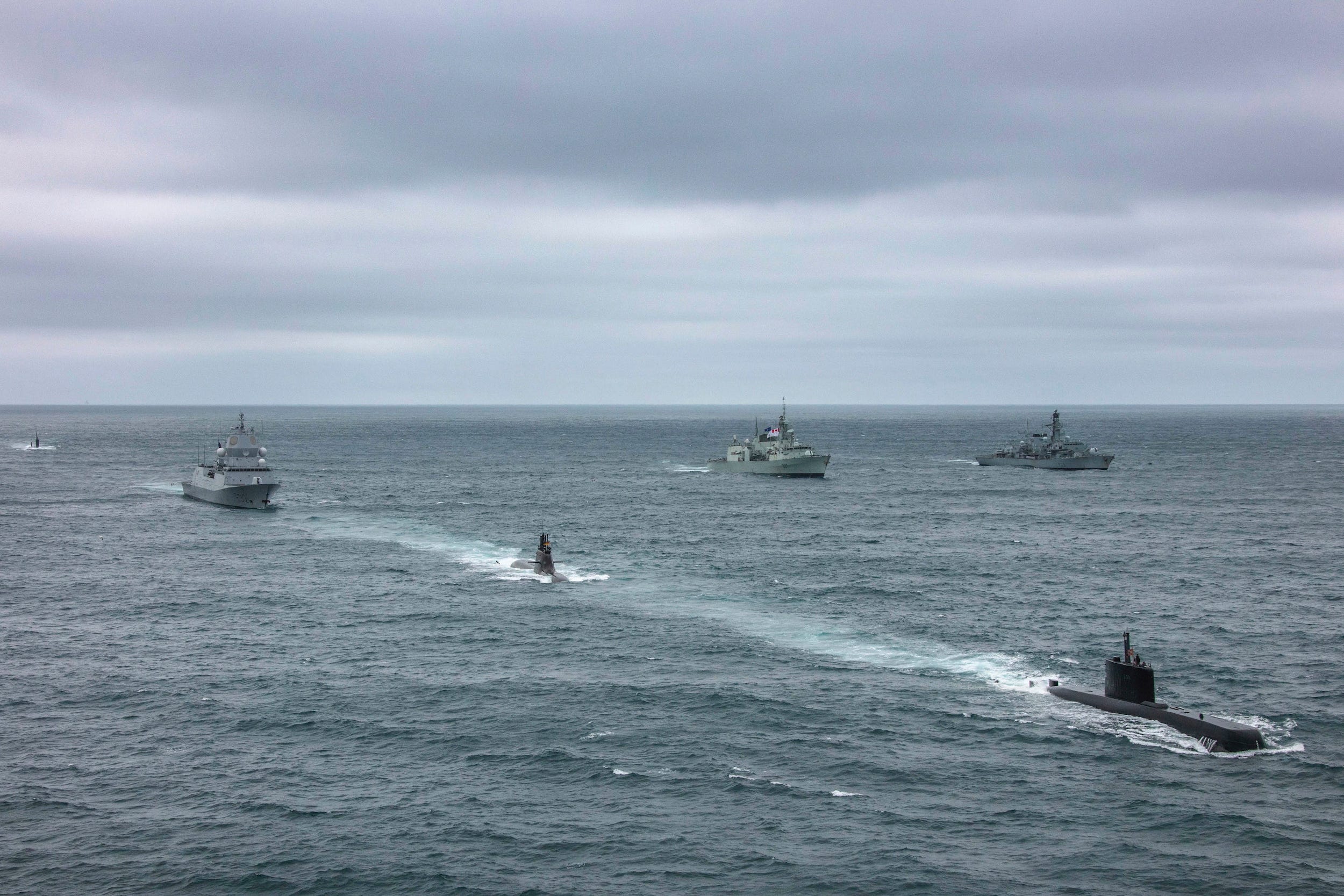 Burke didn’t mention a specific area, but “geographic parts” likely refers to the sea between Greenland, Iceland, and the UK,known as the GIUK Gap, according to Bryan Clark, a naval-warfare expert and senior fellow at the Hudson Institute.

That gap is a chokepoint between the Atlantic and Arctic oceans. Ships and subs from Russia’s powerful Northern Fleet, based in the Arctic, must cross it to reach the Atlantic.

Around that gap, the British navy has been deploying destroyers and frigates alongside the US Navy, and the Norwegian, Italian, French, and Spanish navies “have deployed effective frigates as well,” Clark said.

“Their most effective capabilities are their variable-depth active sonars, which have surprisingly long range due to their low frequency and can circumvent the quieting efforts Russia made in the Yasen class because [the sonars] are active,” Clark said, referring to the newest class of Russian nuclear-powered subs, to which Burke was also likely referring. 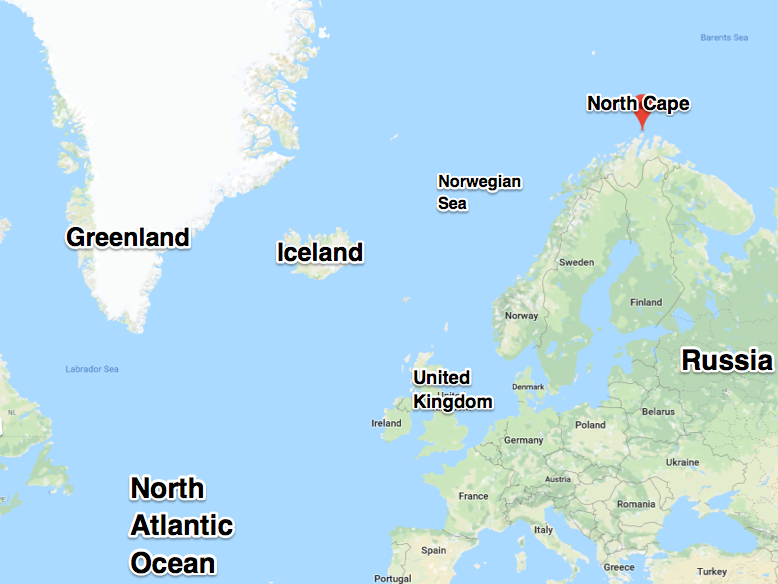 Google MapsThe GIUK Gap has long been seen as a key chokepoint between the Atlantic and Arctic oceans.

As with anti-submarine warfare, the Navy’s attention shifted away from the GIUK Gap after the Cold War. As tensions with Russia have risen over the past decade, that gateway has taken on renewed importance as a kind of “line in the sand,” Clark previously told Insider.

North of the gap “is a very, very deep basin of cold water, and it is ideal water for sound to propagate in … so that I can hear a very quiet submarine, perhaps better than most places in the world,” Jerry Hendrix, a retired Navy captain, told Insider in a December 2018 interview.

“Science is on my side” in that deeper, colder water, said Hendrix, whose Navy experience included anti-submarine warfare.

Those conditions change in the water around the islands in that gap, making tracking subs harder, “but if you’ve got them before they get there, before they get to that barrier, then you’ve got a good chance of staying on top of them,” Hendrix added.

“Being able to control and do anti-submarine warfare north of the gap is going to increase your capability of tracking south of that gap,” Hendrix said. “Geography matters in these cases.”

‘No longer a sanctuary’ 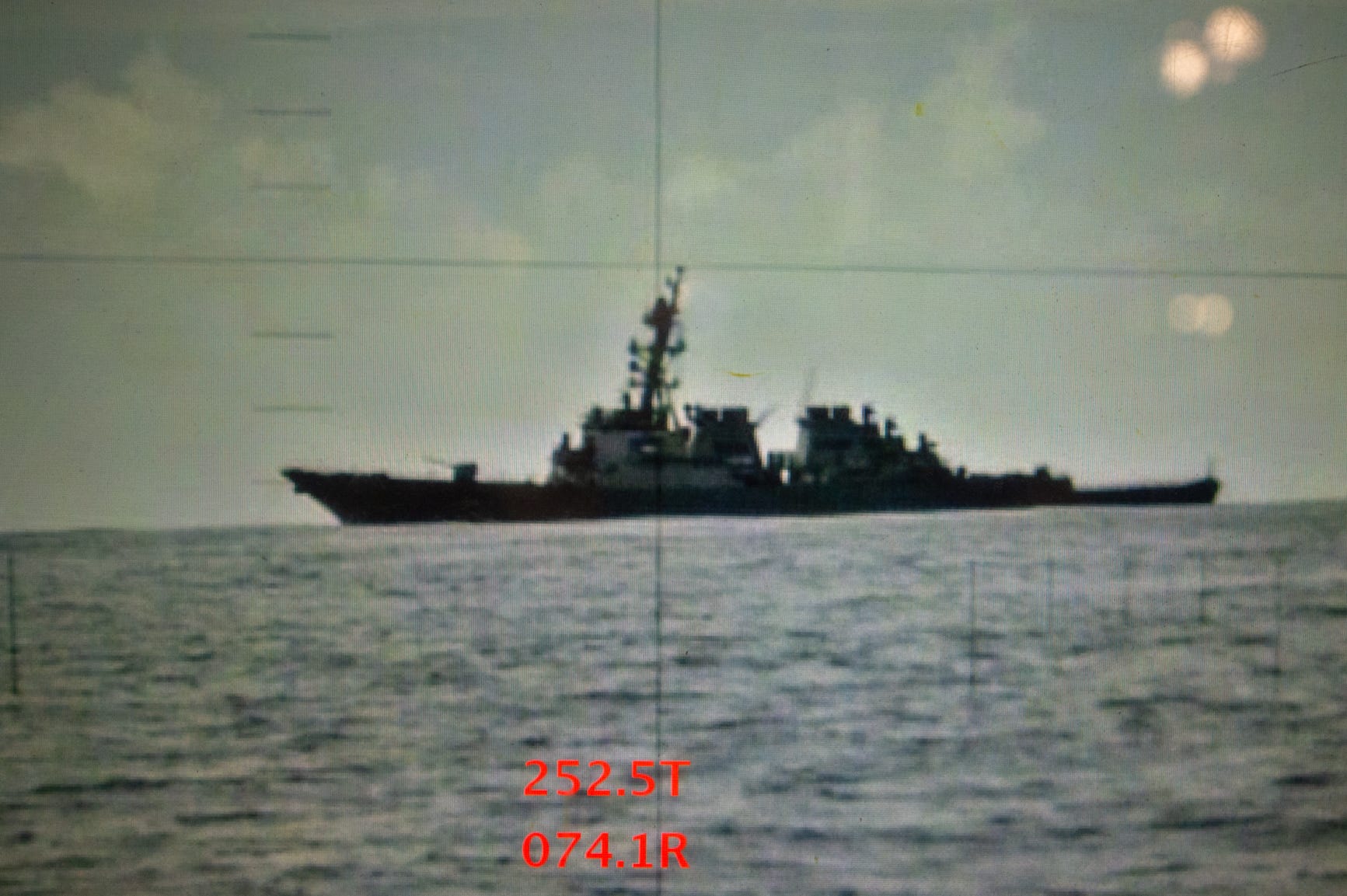 US and NATO navies have pushed their anti-submarine capabilities farther north. US destroyers, the main surface anti-submarine-warfare platform, spent much of late 2020 in the Barents Sea, often training with British and Norwegian warships.

Russia sees the Barents as the “bastion” for the ballistic-missile subs that are part of its nuclear second-strike capability, making those waters “actually quite sensitive,” Michael Kofman, director of the Russia Studies Program at nonprofit research group CNA, told Insider in November.

Those US and NATO exercises reflect concern about what enemy subs roaming the Atlantic could do in a war. In previous conflicts, those subs primarily targeted shipping, but newer, quieter Russian submarines with the ability to launch missiles deep inland add a new threat.

“It’s pretty well known now that our homeland is no longer a sanctuary, so we have to be prepared here to conduct high-end combat operations in local waters,” Vice Adm. Daryl L. Caudle, commander of Naval Submarine Forces, said during that September exercise.