Amid coronavirus, US is trying to 'squeeze' what it can from the Army's largest European exercise in 25 years 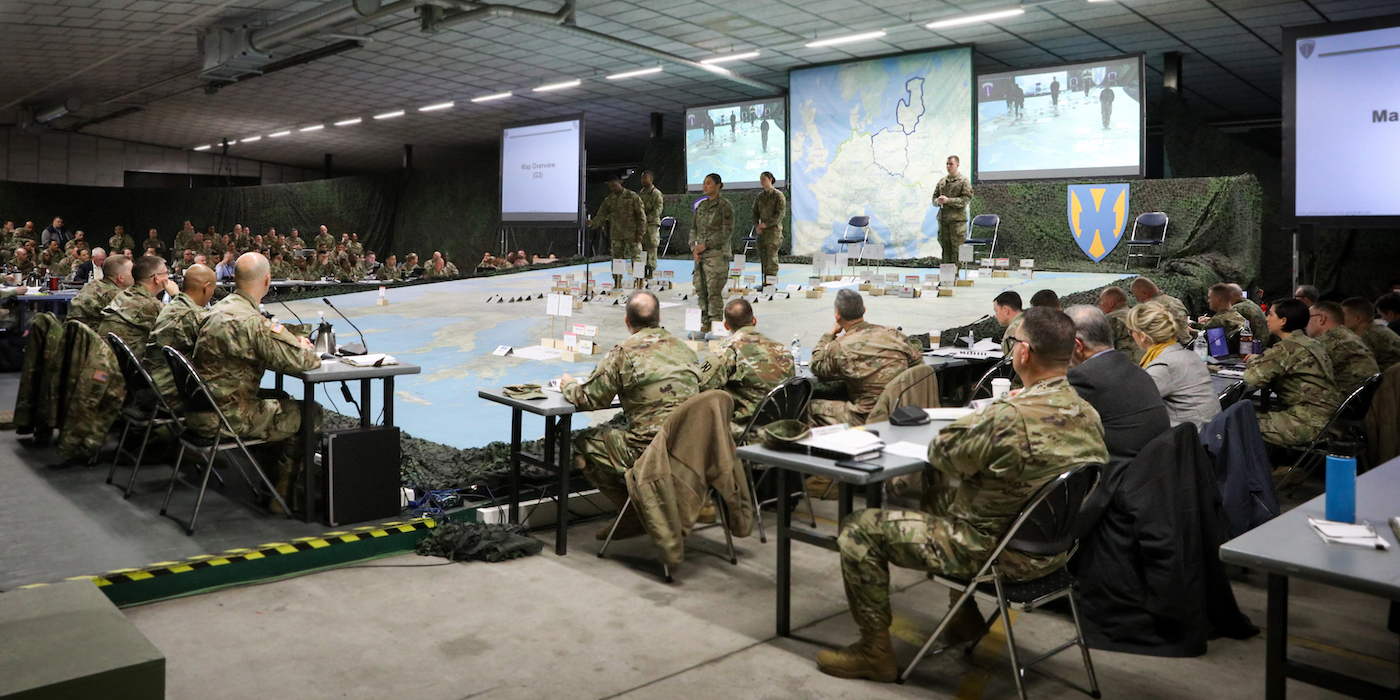 US Army/Pfc. Katelyn MyersMembers of the US Army’s 21st Theatre Sustainment Command at a rehearsal of concept drill at Rhine Ordnance Barracks to discuss the redeployment of participating units of Defender-Europe 20, March 10, 2020.

Preparations for Defender-Europe 20, which was supposed to be the US Army’s largest exercise in Europe in 25 years, were upended in mid-March, when the coronavirus prompted a halt to movement of personnel and gear to Europe.

The exercise was supposed to involve 20,000 US soldiers and thousands of pieces of equipment deployed from the US, but only about 6,000 soldiers and about 3,000 pieces of gear made it to Europe between January and March.

Plans have shifted so the exercise can go forward in a truncated form and with the proper health safeguards. The US military still wants to get as much as it can out of the exercise, according to the head of US European Command.

“We’re adjusting every day,” Air Force Gen. Tod Wolters said Thursday, adding that Defender-Europe 20 is “the classic US example” of what has been lost from a training perspective.

“As a result of reducing the number of US troops that we brought from [the US] to Europe, we had a reduction” in the number of countries participating, Wolters said. “Instead of having 18 nations involved … it’s much, much less.” 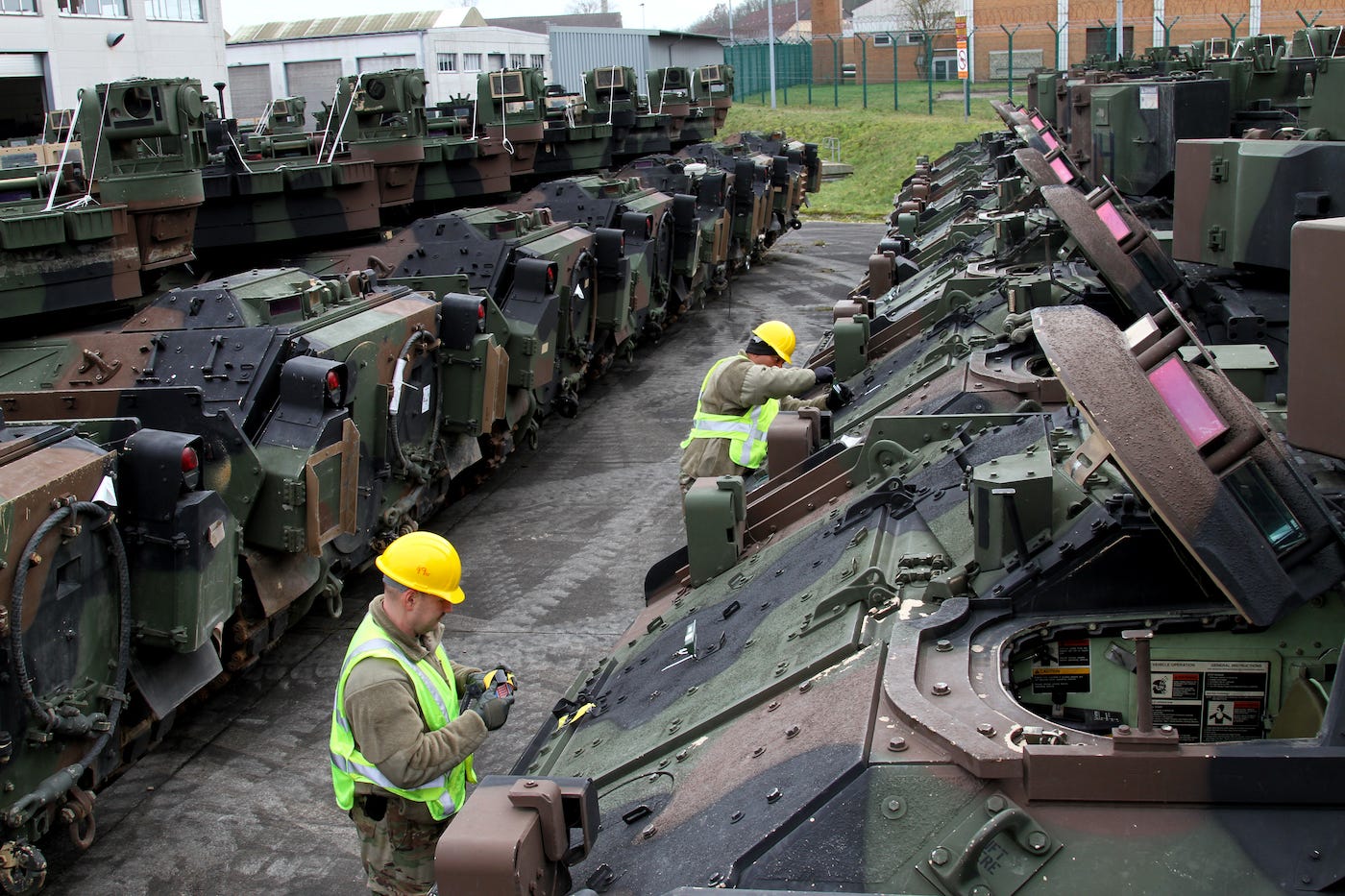 US Army/Maj. Joseph BushUS Army Reserve soldiers check vehicles at Fallingbostel, a former British army base in Germany, in preparation for Defender-Europe 20, February 8, 2020.

“But with each and every passing day, we’re looking for the opportunity to take those 5,700 to 6,200 US soldiers that we have on European soil to make sure that they get as much of the pre-prescribed Defender-Europe 20 training as they can possibly get,” Wolters added.

“Will they get it all? No, and it will be with a smaller footprint,” Wolters said, “but we’re trying as hard as we can to squeeze out every second of the day and ensure that each and every one of the troops that we have invested already in Defender-Europe 20 can maximise their training.”

US Army Europe said in mid-March that exercises linked to Defender Europe, like this year’s Saber Strike, would not be conducted.

The pandemic is also likely to affect this year’s iteration of Baltic Operations, a maritime exercise focused on interoperability and flexibility.

Baltops, as it’s known, is ongoing, Wolters said, but “it’s a classic case where we have an exercise on the horizon in the June and July timeframe, and with each passing second of the day we’re taking a look at each and every one of our activities to make sure that we can preserve, potentially, as many as possible.”

“We will be constantly adjusting the scope and scale of our exercises, as we have been for the last 70 to 80 days, to make sure if there is an ability to execute the exercise in its totality, we will attempt to keep it on track, and if there is no ability to do so, we’ll look at cancellation or postponement,” Wolters added. “Depending upon, again, the size, the cost, the location, we will continue to adjudicate.” 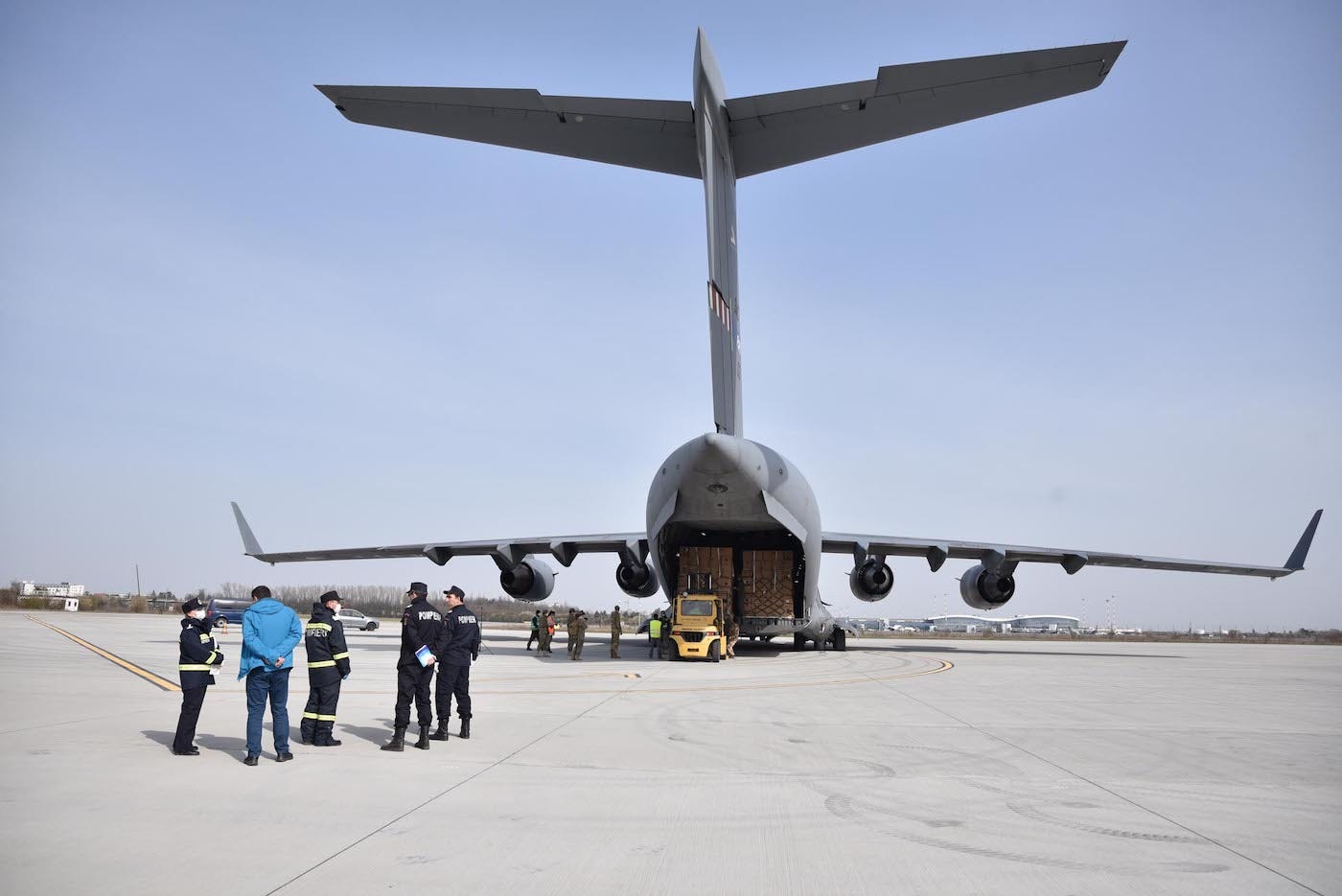 “We’re working very, very hard to squeeze as much as we can out of what we have available, but we have preserved all of the operational missions,” Wolters said. “Those exercises that we’ve had to postpone or cancel, we’re looking at the innovative ways that we can squeeze as much learning out of each and every one of those events as possible.”

Wolters also said it was his goal to review “the critical objectives” of postponed or cancelled exercises and make sure field commanders are aware of what lessons were expected to be learned.

“We’ll try to pull out of them what we thought we would have pulled out of them to make sure that we can remind all of our forces of all the things that are involved to ensure that we can adequately deter and defend,” Wolters said. “That’s the purpose of having those exercises – to improve our deterrence and defence posture.”

Wolters also said the US and its European allies are supporting coronavirus response efforts through NATO and bilateral mechanisms. 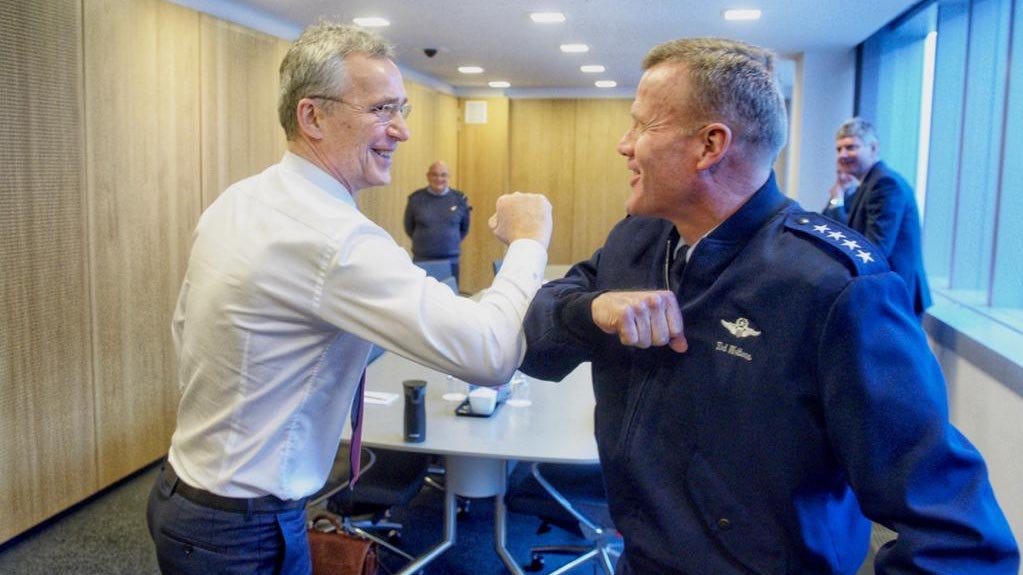 Early on Friday, a C-17 Globemaster transport plane landed in Bulgaria with medical equipment from China, made possible by the NATO-supported Strategic Airlift Capability, under which NATO and partner countries own and operate three C-17s, sharing flying hours and costs.

Through that and other programs, “we’re able to lift and shift critical assets and get them to the vital point of need,” Wolters said, adding that the US has provided medical equipment and supplies to locations across Europe and this week, in a first for the Pentagon, moved three Americans from Kabul to Germany for coronavirus treatment.

Wolters also addressed disinformation regarding the coronavirus response in Europe, saying Russians have “attempted to insert themselves” into reporting on the delivery of medical goods and to “downplay the importance of one nation in NATO providing [personal protective equipment] to another.”

Wolters said his command’s reaction to that disinformation effort was two-pronged, consisting of recognising and correcting falsehoods and of promoting allies’ own activities and investments.

“We want to make sure that we continue to stick with our democratic values and stay very, very laser-focused on the facts so that our forces understand exactly what we’re doing,” Wolters said.