US weekly jobless claims edge lower to 840,000 as labour-market recovery trudges along 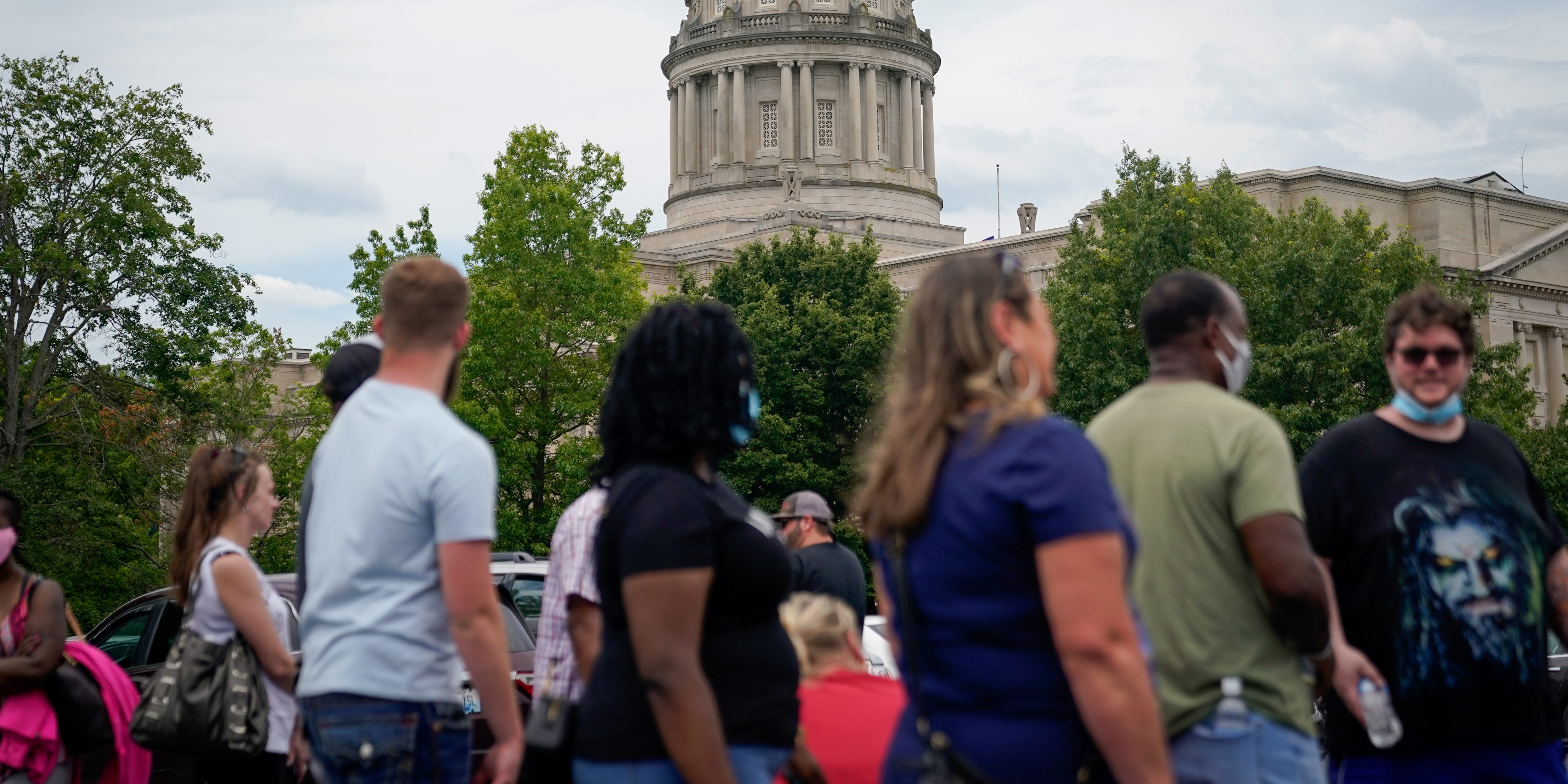 The number of Americans filing for unemployment benefits edged lower last week in a modestly encouraging sign for the labour market’s prolonged recovery.

New US weekly jobless claims totaled an unadjusted 840,000 for the week that ended Saturday, the Labour Department announced Thursday. That reading came in above the median economist estimate of 820,000 compiled by Bloomberg but reflected a slight decrease from the previous week’s revised figure.

Continuing claims, which track the aggregate total of Americans receiving unemployment benefits, declined to 11 million for the week that ended September 26. The reading came in below the median economist estimate of 11.4 million.

Thursday’s report holds “a mix of worrisome and hopeful readings” on the nation’s labour market, Nancy Vanden Houten, the lead US economist at Oxford Economics, said. On one hand, the number of Americans receiving regular state benefits fell by 1 million in the week that ended September 26.

Yet “the number of individuals who have exhausted regular benefits continues to climb, further evidence of more long-lasting scarring effects from the pandemic,” she added.

The latest report is the first to come after the Bureau of Labour Statistics released monthly nonfarm payrolls data for September. The unemployment rate fell to 7.9% last month from 8.4%, beating the expected reading of 8.2%.

Payroll additions, however, reached 661,000, far below the economist estimate of 859,000 new jobs. The report revealed a fifth straight month of job additions but still pointed to a slowing pace of recovery for the nation’s labour market.


Read more:
Self-taught market wizard Richard Dennis took a $US1600 loan and turned it into an estimated $US200 million. He shares the 13 trading rules that turned his performance parabolic.

Those still unemployed also face a tougher economic backdrop as they search for work. The federal government’s expansion to unemployment benefits is long expired, and aid established in the March federal relief package is largely exhausted. Without new money from Congress, jobless Americans face diminished spending power as the coronavirus pandemic continues to stifle economic activity.

Fresh relief isn’t likely to arrive anytime soon. President Donald Trump on Tuesday abruptly froze negotiations on a new bill, tweeting that talks would resume after the November 3 election. He later called on Congress to pass smaller bills to fund the Paycheck Protection Program, airline relief, and another round of direct payments to Americans. Yet Democrats are poised to stand by their own $US2.2 trillion deal, leaving stimulus back in the stalemate seen since the summer.

With little hope for new relief, experts fear the economic recovery will weaken further heading into 2021. Letting the nation trudge on without renewed congressional support is like “letting the forest fire just rage,” Neel Kashkari, the president of the Federal Reserve Bank of Minneapolis, said in a Wednesday appearance on CNBC.

“Eventually it will burn itself out, and meanwhile all the animals are dead,” he added. “I mean, there are enormous consequences if we just let things go, and the downturn will end up being much, much worse.”


Read more:
Jerome Myers left corporate America to start real-estate investing and amassed a portfolio with over 90 units. He shares the 4-part strategy he’s using to chip away at his 1,000-unit goal.