US weekly jobless claims rise to 898,000 as labour-market recovery stumbles 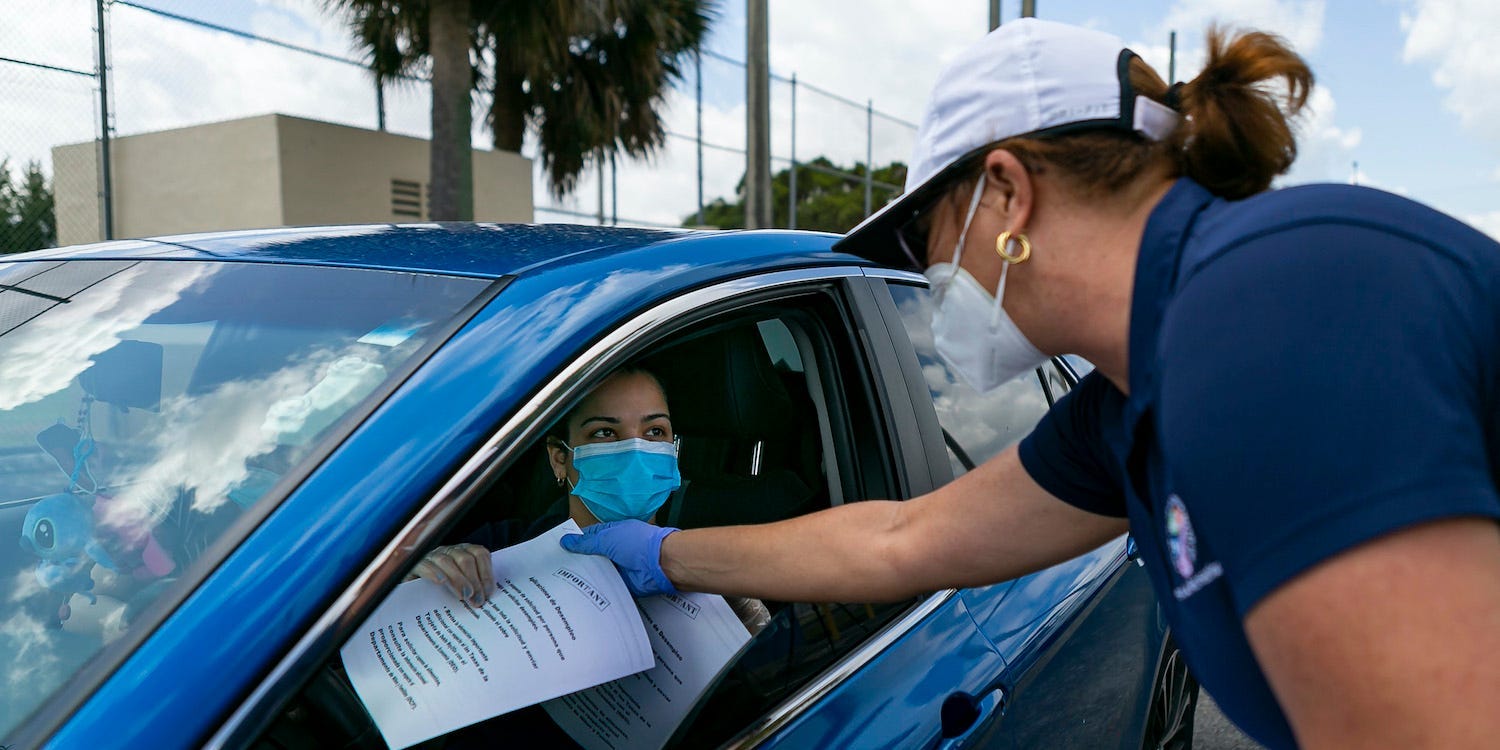 The number of Americans filing for unemployment insurance rose last week, a discouraging sign for the US labour market’s rebound.

New US weekly jobless claims totaled an unadjusted 898,000 for the week that ended on Saturday, the Labour Department announced Thursday morning. That reading came in above the median economist estimate of 825,000 compiled by Bloomberg and reflects an increase from the prior week’s revised total.

Continuing claims, which track the aggregate total of Americans receiving unemployment benefits, slid to 10 million for the week that ended on October 3. The reading came in slightly below the median economist estimate of 10.6 million.


Read more:
The investment chief at a $US750 million firm explains why the bull market will forge on regardless of election outcome â€” and shares the 12 highest-conviction stock picks that make up her market-beating strategy

There have been roughly 65 million unemployment-insurance filings since early February, trouncing the 37 million seen during the 18-month Great Recession. Thursday’s report came in well below the highs earlier in the pandemic but still landed above the 665,000 filings during the Great Recession’s worst week.

The millions of Americans still unable to find work are likely to endure tougher economic conditions in the near term. Democrats and Republicans remain far apart in reaching a stimulus compromise, and Wall Street economists increasingly expect new fiscal relief to arrive after the November elections.

While Joe Biden, the Democratic presidential nominee, has led in national polls, Senate election outcomes “will mean the difference between substantial fiscal expansion and fiscal gridlock,” Morgan Stanley said in a Wednesday note.

The lack of another expansion to unemployment benefits also leaves jobless Americans more prone to lingering debt through the pandemic. A recent study by researchers at the Federal Reserve Bank of New York found that Americans receiving unemployment insurance benefits used nearly half of the benefits to pay down debts. Roughly 24% of the payments were used for buying essential goods, and 23% were saved.


Read more:
Morgan Stanley lays out its 5 favourite trades for investors looking to dominate a looming V-shaped recovery, even if a stimulus deal takes until 2021