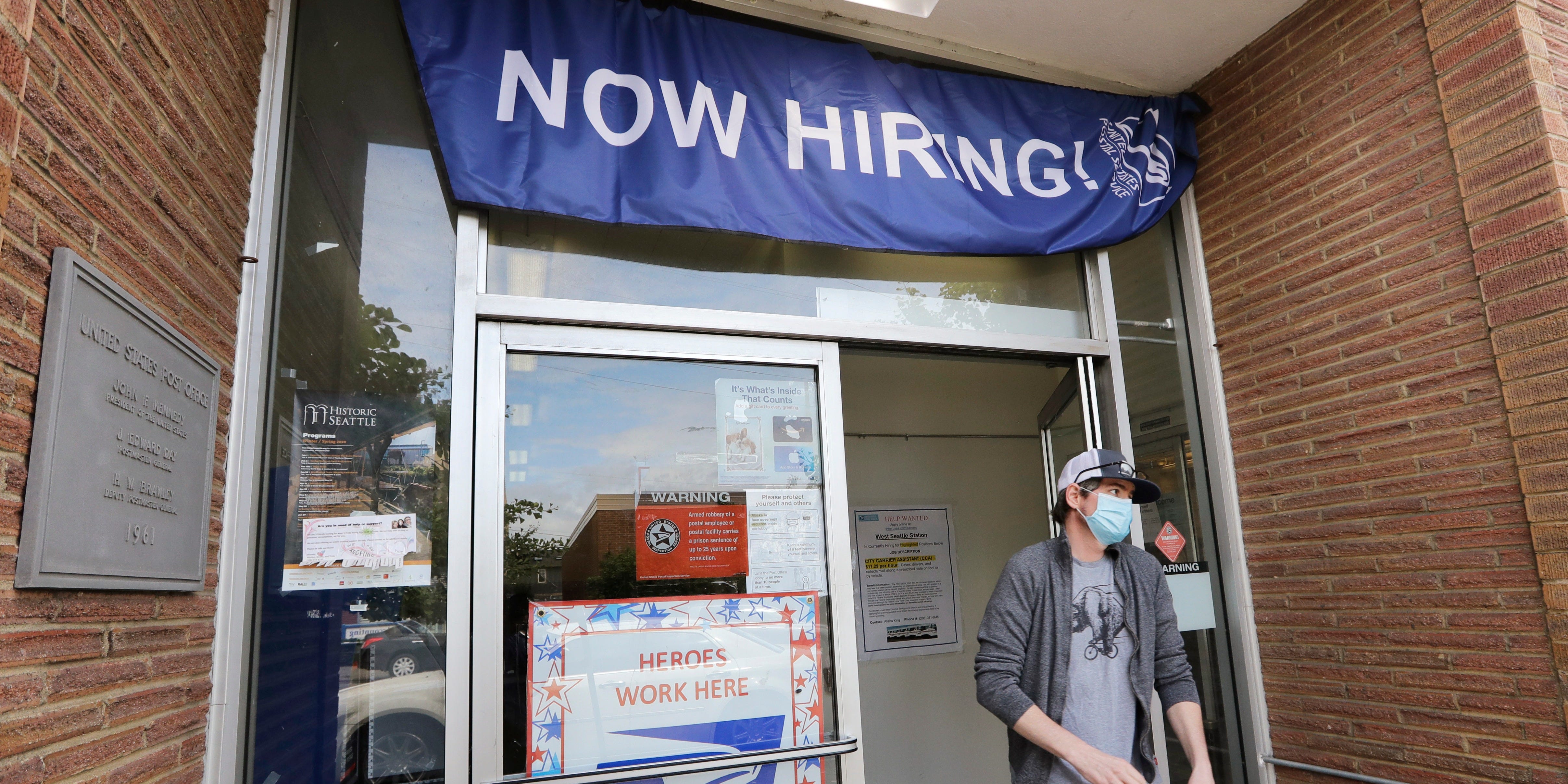 More than a million Americans filed for unemployment benefits last week, reflecting the continued high level of pandemic-induced layoffs as the US rolls back its economic-reopening efforts.

New US weekly jobless claims totaled 1.43 million in the week that ended Saturday, the Labour Department reported Thursday. That was slightly below the consensus economist estimate of 1.45 million compiled by Bloomberg. It also was a minor increase over the prior week’s 1.3 million filings, a reading that marked the first gain in 15 weeks.

“A combination of uncertainty from rising virus cases to the withdrawal of financial support is concerning for an already fragile recovery,” said Daniel Zhao, senior economist at Glassdoor. “The economy is still in deep risk of falling sideways – where conditions improve so sluggishly that the effects of the crisis become increasingly permanent.”


Read more:
GOLDMAN SACHS: Buy these 26 stocks now to crush the market as an ‘overvalued’ dollar continues to weaken in the months ahead 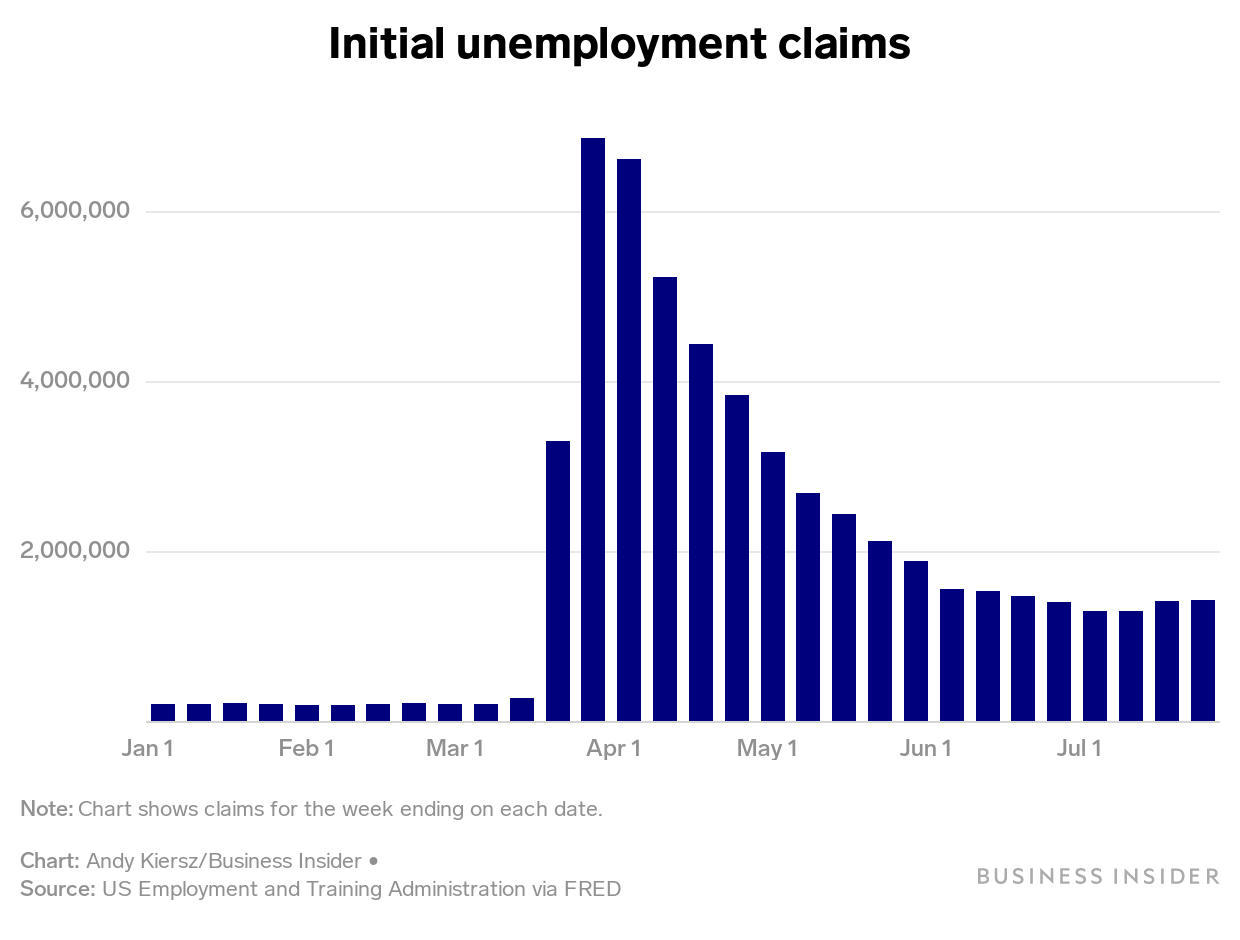 Continuing claims, which represent the aggregate total of people receiving unemployment benefits, came in at 17 million for the week that ended July 18, a decline from the prior period’s revised number.

Stubbornly high weekly claims for unemployment insurance add to growing concerns that the economic recovery from the pandemic-induced recession is stagnating as coronavirus cases increase. A number of states have had to pause or roll back their reopening plans to deal with COVID-19 spikes, harming the economic recovery.

Going forward, industry watchers will be waiting to see what the July jobs report shows. The report, due August 7, reflects a reference period that includes last week, when initial jobless claims ticked up for the first time in 15 weeks. That could foreshadow a negative headline jobs number in July, although the nonfarm payroll report has become increasingly difficult to predict.

Last week, the additional $US600 unemployment benefit from the CARES Act expired, meaning that soon millions of Americans will see a significant decrease in weekly income. The GOP this week introduced its proposal, the HEALS Act, that would cut the weekly benefit to $US200 until states could implement a program that would replace 70% of wages for most filers.

In the week ending July 25, there were 829,697 initial claims from 50 states reporting for Pandemic Unemployment Assistance, the program that extended benefits to gig workers and independent contracts. The total applications for all state programs for the week ending July 11 was 30.2 million.


Read more:
200-plus money managers pay thousands to set eyes on Jim Osman’s stock buy list. Here are 2 he says are set to soar – and an under-the-radar IPO to keep a watch on