More than a million Americans filed for unemployment benefits last week, reflecting the continued high level of pandemic-induced layoffs as the US rolls back its economic-reopening efforts.

New US weekly jobless claims totaled 1.42 million in the week that ended Saturday, the Labour Department reported Thursday. That was above the consensus economist estimate of 1.3 million compiled by Bloomberg. It also exceeded the prior week’s 1.3 million filings, marking the first increase in 15 weeks.


Read more:
Jefferies is making 2 major shifts to its stock-investing strategy as the US lags a broader economic recovery. Here’s how the firm says the new trades will help investors crush the market. 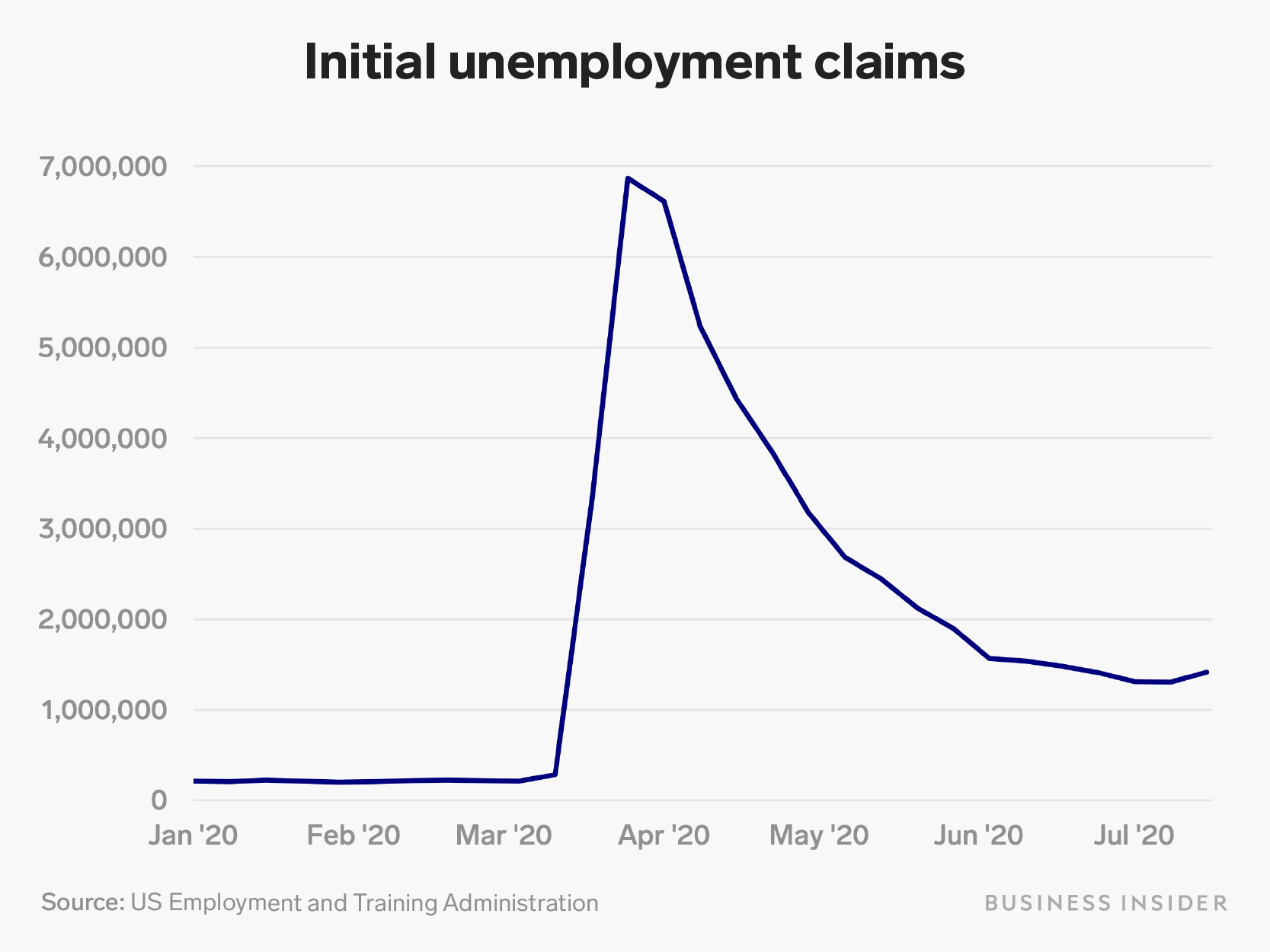 Continuing claims, which represent the aggregate total of people receiving unemployment benefits, came in at 16.2 million for the week that ended July 4, a decline from the prior period’s revised number.

The stubbornly high weekly claims for unemployment insurance add to growing concerns that the economic recovery from the pandemic-induced recession is slowing. As coronavirus cases increase in some states, reopening plans have been paused or rolled back, hampering economic activity.

“The combination of the resurgence of COVID-19, especially across the Sun Belt, bankruptcies, and secondary layoffs finally stopped the decline,” said Robert Frick, corporate economist at Navy Federal Credit Union. “Expect more forecasts for the third quarter expansion to be revised down, and expect everything from retail sales to consumer confidence to take a hit.”

On Wednesday, Senate Republicans reached an agreement on how to move forward in negotiations over the potential $US1 trillion stimulus relief package that has been proposed. The Republican plan will extend unemployment benefits based on about 70% wage replacement, Treasury Secretary Steven Mnuchin said Thursday.

In the week ending July 18, 49 states reported 974,999 initial claims for Pandemic Unemployment Assistance, the program that extends benefits to gig workers and independent contractors. The total number of people claiming benefits in all programs was 31.8 million in the week ending July 4, a decrease from the previous report.


Read more:
Buy these 19 cheap healthcare stocks poised to beat the market regardless of election outcome and the fate of Obamacare, BTIG says