Local officials in Wuhan, China, withheld information from Beijing on the threat of the coronavirus, US intel reportedly finds 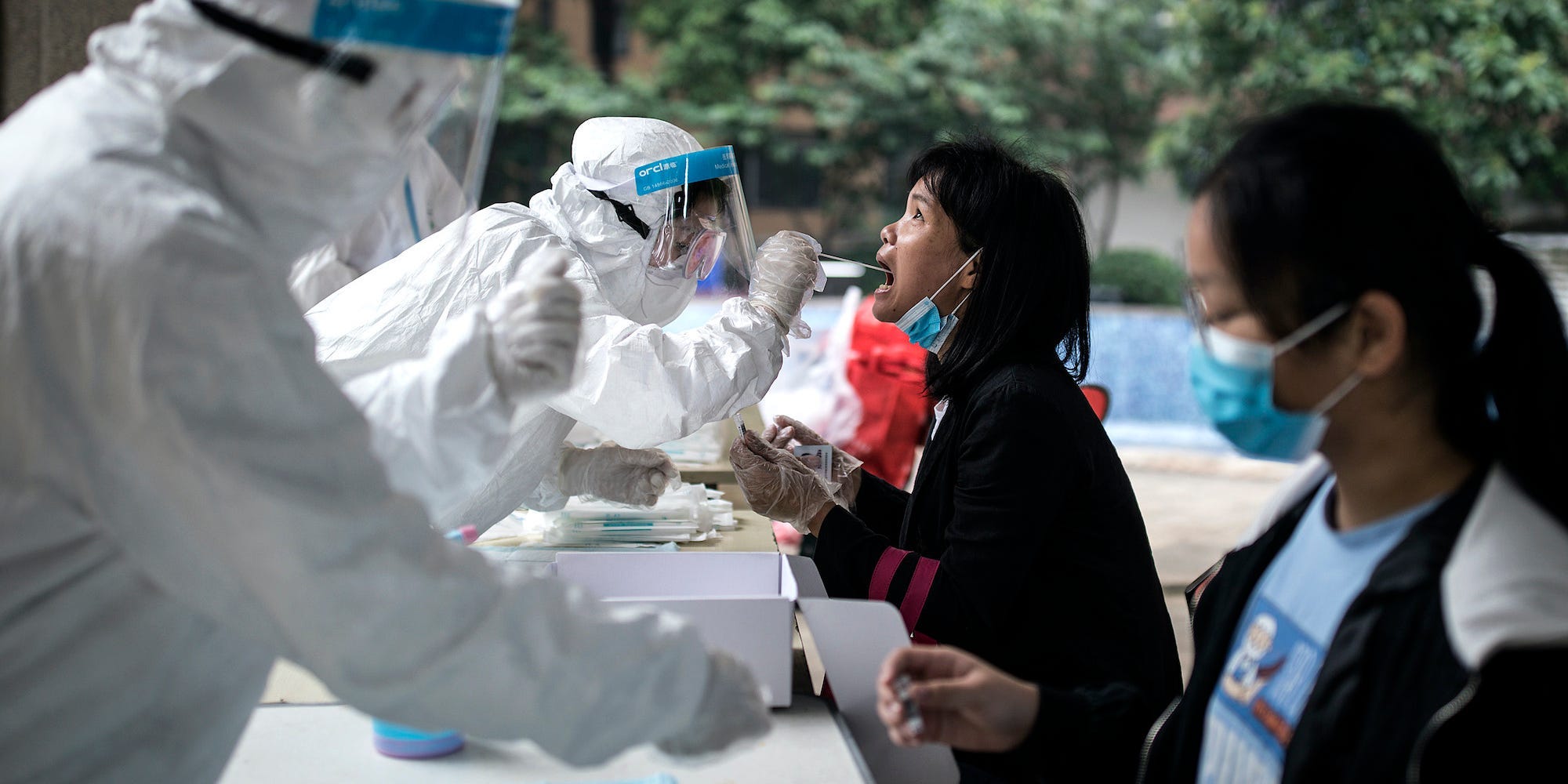 Getty ImagesCoronavirus testing being conducted on May 15 in the Chinese city of Wuhan.

Intelligence collected by US agencies found that local officials in China hid the threat of the coronavirus from government leaders for weeks, The New York Times reported Wednesday.

The Times said US officials had relayed findings from the internal report concluding that local officials in Wuhan, China – the city where the coronavirus was first identified – withheld information on the coronavirus from Beijing officials, most likely out of fear of retribution.

The Trump administration has accused China’s central leaders of initially covering up the virus and letting it spread globally. The internal report by US intelligence agencies adds context to such claims.

“It makes a huge difference if it was Wuhan or Beijing,” Michael Pillsbury, an outside adviser to President Donald Trump who serves as the director for Chinese strategy at Hudson Institute, told The Times. He added that Chinese President Xi Jinping’s level of involvement in covering up the coronavirus could affect diplomatic relations between the two countries.

The internal report was commissioned as a follow-up to a May report from the Department of Homeland Security that said Chinese officials initially hid the virus in a bid to hoard medical supplies, according to the Associated Press.

“We assess the Chinese government intentionally concealed the severity of COVID-19 from the international community in early January while it stockpiled medical supplies by both increasing imports and decreasing exports,” the DHS analysis said, according to The Times, citing a senior law-enforcement official.

Current and former US officials told The Times that the US intel, which was circulated in June, did not fully absolve China’s national government. Chinese officials, for example, spent the initial weeks of the coronavirus outbreaks by silencing doctors who attempted to sound the alarm on the virus.

One doctor in Wuhan, Dr. Li Wenliang, posted online about being quarantined at the onset of the coronavirus outbreak in the city, and, three days later, Chinese authorities forced the doctor to sign a document denouncing his initial warnings as “illegal behaviour.” Li died from the coronavirus in February.