US housing starts fell by the most on record in April 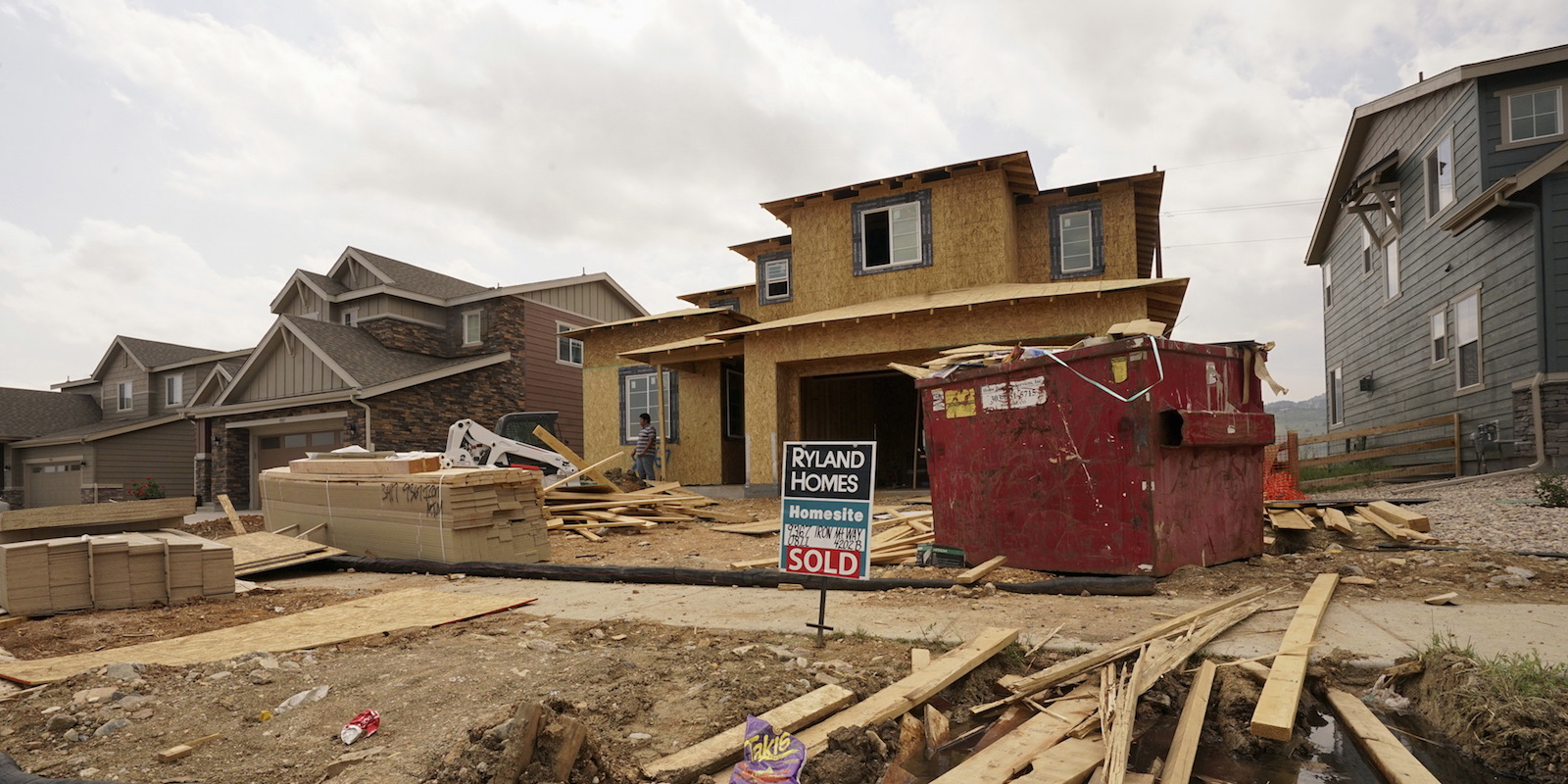 US housing starts in April plunged by the most on record going back to 1959 as sweeping lockdowns to contain the coronavirus pandemic continued to slam the housing market.

Residential starts slumped 30.2% from the previous month to a seasonally adjusted annual rate of 891,000, the lowest level since 2015, the Commerce Department said Tuesday. Economists surveyed by Bloomberg expected a 900,000 pace.

“A steep drop in activity was inevitable given the lockdowns, but we think these numbers will mark the floor,” Ian Shepherdson, chief economist of Pantheon Macroeconomics, said in a Tuesday note. “May will be better, and June better still, though a return to the February level will take some time.”

Building permits fell 20.8% from March to a seasonally adjusted annual rate of 1.07 million, a five-year low. The slump in applications to build was the biggest since July 2008. Single-family housing starts dropped 25.4% to a rate of 665,000, also a five-year low.

Next month’s report could show a rebound in construction as the housing market begins to stabilise. US homebuilder sentiment rose by more than expected in May, it was reported Monday, following a record drop in April. In addition, mortgage applications increased in the last weekly survey from the Mortgage Bankers Association.

Still, the recovery may be slow. “While our forecast is for a rapid rebound in housing activity later in the year as home buyer traffic returns, housing supply remains very tight,” said Joel Kan, the Mortgage Bankers Association’s associate vice president of economic and industry forecasting.

He continued: “Today’s news – combined with the April employment report showing almost one million construction job losses – may potentially slow the rebound in new construction that will be needed to completely revive the housing market.”


Read more:
BANK OF AMERICA: 5 main themes will shape the post-coronavirus investing landscape. Here are strategies for playing the winners and losers of each.