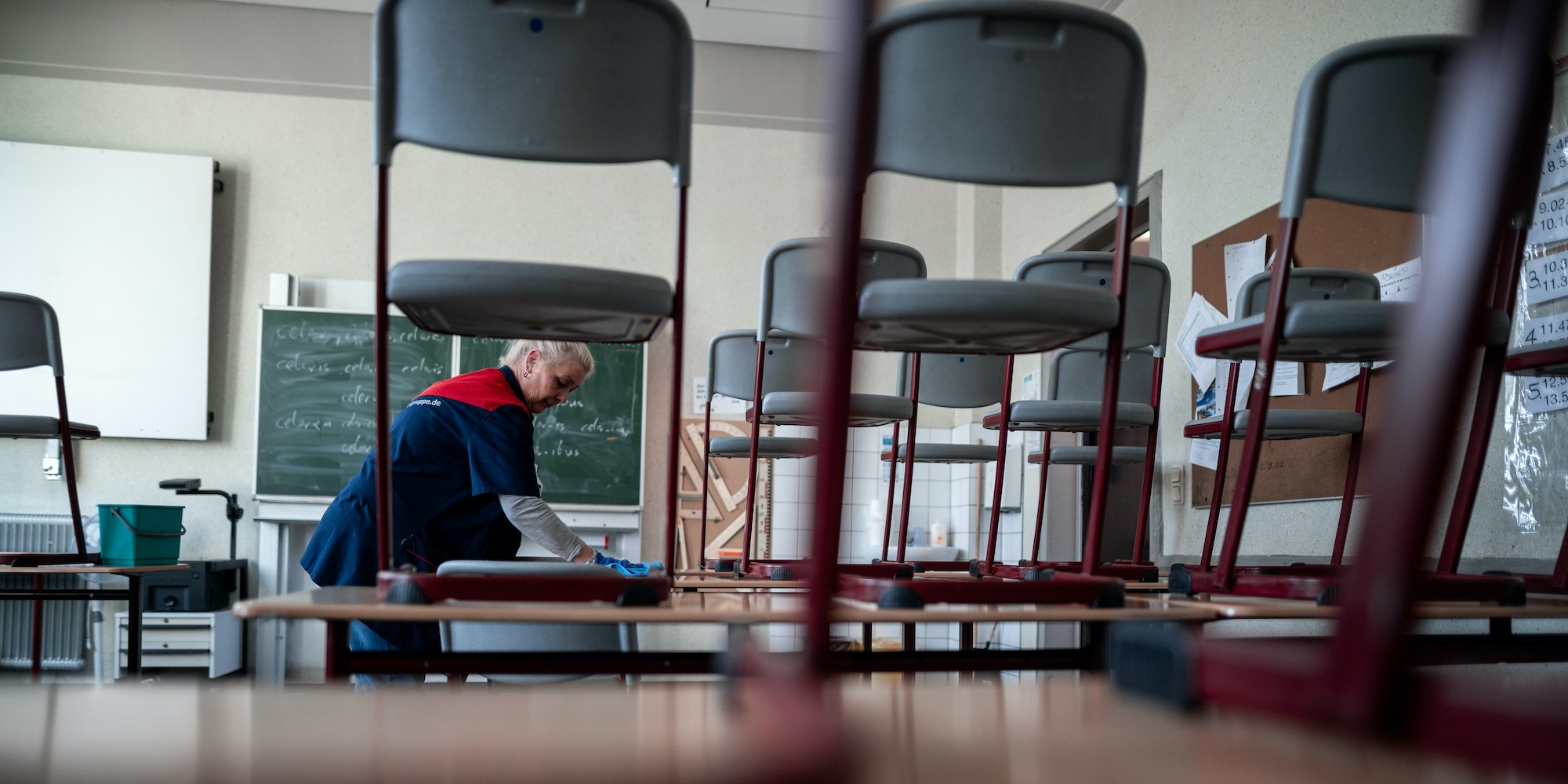 The longest US economic expansion is officially over.

US gross domestic product fell at a 4.8% annualized rate in the first quarter, according to Commerce Department figures released Wednesday. Economists had expected a 3.8% drop, according to Bloomberg data.

The slump from January through March reflects the sharp economic impact of countrywide shutdowns meant to curb the spread of COVID-19. In March, most of the US went into lockdown mode – states ordered businesses deemed nonessential to close, sent workers home, and told residents to avoid even small gatherings.

Before the contraction, US GDP had grown nearly unimpeded since the Great Recession of 2007-2009. During the record expansion, the unemployment rate fell to a 50-year low of 3.5%, and the US economy added jobs for 113 months in a row.


Read more:
The manager of the best small-cap fund of the past 20 years explains why he’s betting big on a consumer recovery – and shares his top 4 stock picks in the struggling sector

Now, economists believe the US economy is in recession, with a slew of economic indicators point to extreme fallout.

In just five weeks, more than 26 million Americans filed for unemployment claims, effectively erasing more than a decade of job creation. In addition, industrial production has fallen, retail sales have declined at a record pace, and housing sales have slumped.

While some economists mark the beginning of a recession as two consecutive quarters of GDP contraction, official arbiters have a more comprehensive approach. The National Bureau of Economic Research says a recession is “a significant decline in economic activity spread across the economy, lasting more than a few months, normally visible in real GDP, real income, employment, industrial production, and wholesale-retail sales.”

Any official call will take some time, as the bureau’s Business Cycle Dating Committee will weigh whether a recession began in March, when much of the US was shut down amid the coronavirus pandemic, or whether the economy started trailing off at the end of February.

Going forward, economists will be watching to see how bad the situation becomes and what shape a recovery might take. The worst may be yet to come – the first-quarter GDP figure could be revised even lower as more data is collected.

In addition, GDP is expected to fall at an even sharper annualized rate in the second quarter. Economists expect double-digit slumps, including Bank of America’s 30% estimate and JPMorgan’s 40% forecast.