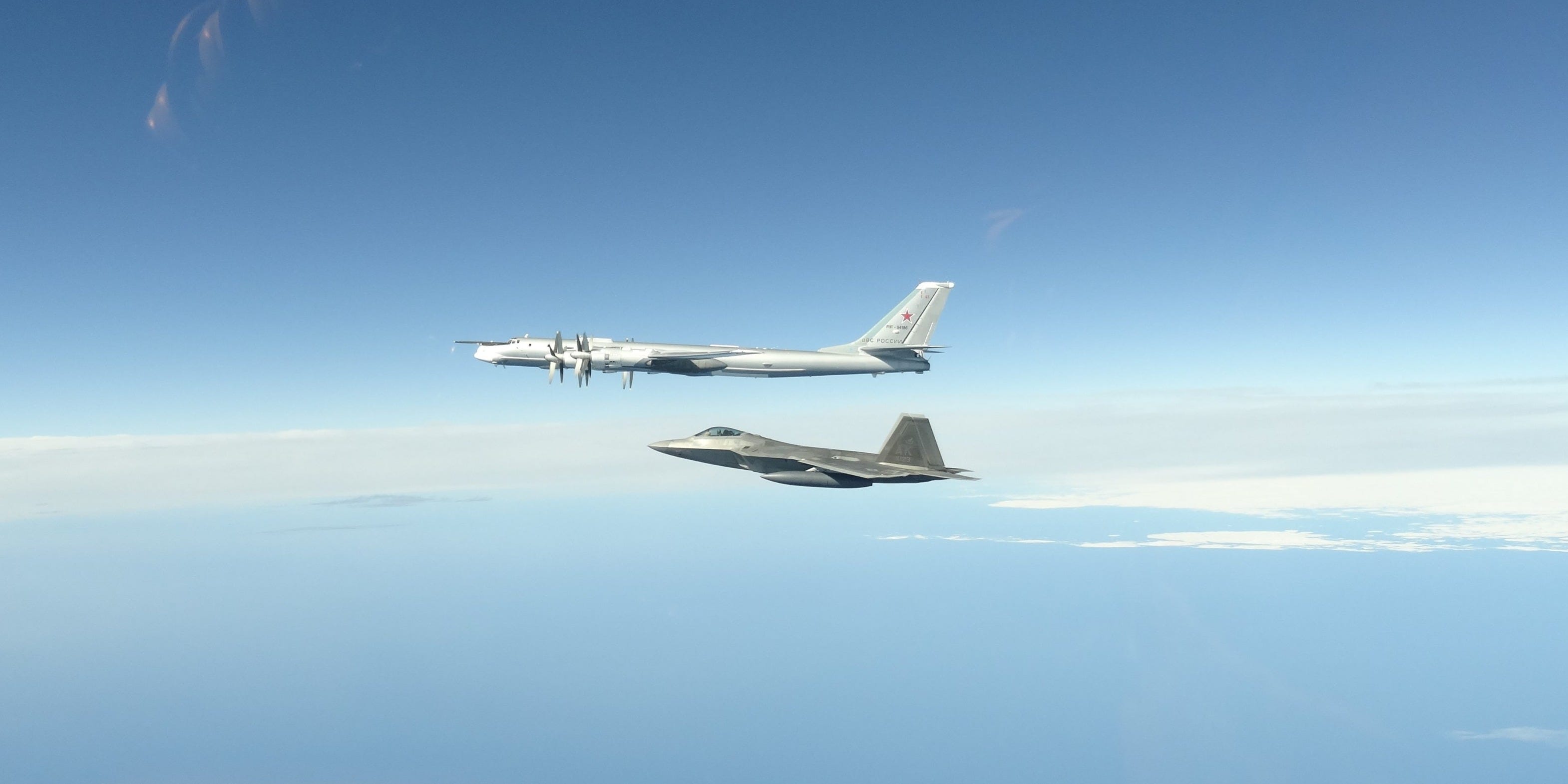 US Air Force F-22 Raptors have intercepted eight Russian bombers approaching Alaska in the past week as Russia steps up its air patrols near the US.

The Russian defence ministry has released a video of the intercept.

And on Wednesday, June 10, two Russian bomber formations consisting of the same types of planes in the same groupings flew long-range air patrols near the US, forcing NORAD to respond.

“For the eighth time this year, Russian military aircraft have penetrated our Canadian or Alaskan Air Defence Identification Zones,” NORAD commander Gen. Terrence O’Shaughnessy said in a statement Wednesday, adding, “Each and every time NORAD forces were ready to meet this challenge.”

His remarks appear to indicate an uptick in Russian long-range patrol flights near the US. In a statement last year, NORAD said that it has intercepted an average of six to seven Russian sorties entering a NORAD ADIZ since Russia restarted these patrols in 2007.

The Russian aircraft that enter the ADIZs are not always bomber aircraft. For instance, earlier this year, NORAD fighters intercepted a couple of Russian Tupolev Tu-142MZ maritime reconnaissance and anti-submarine warfare aircraft that are suspected of surveilling Ice Exercise (ICEX) 2020.

In April, O’Shaughnessy told reporters at the Pentagon that Russian air activity near North America as a “continuous effort” to “probe and check and see our responses.” He said that NORAD is “postured to maintain that ability to respond at a moment’s notice.”

“We expect to see continued activity there,” the general said. “That’s why we’re postured the way we are, and that’s why we’re always ready to respond.”