The US could plunge into a double-dip recession without timely stimulus, 'Dr. Doom' economist Nouriel Roubini says 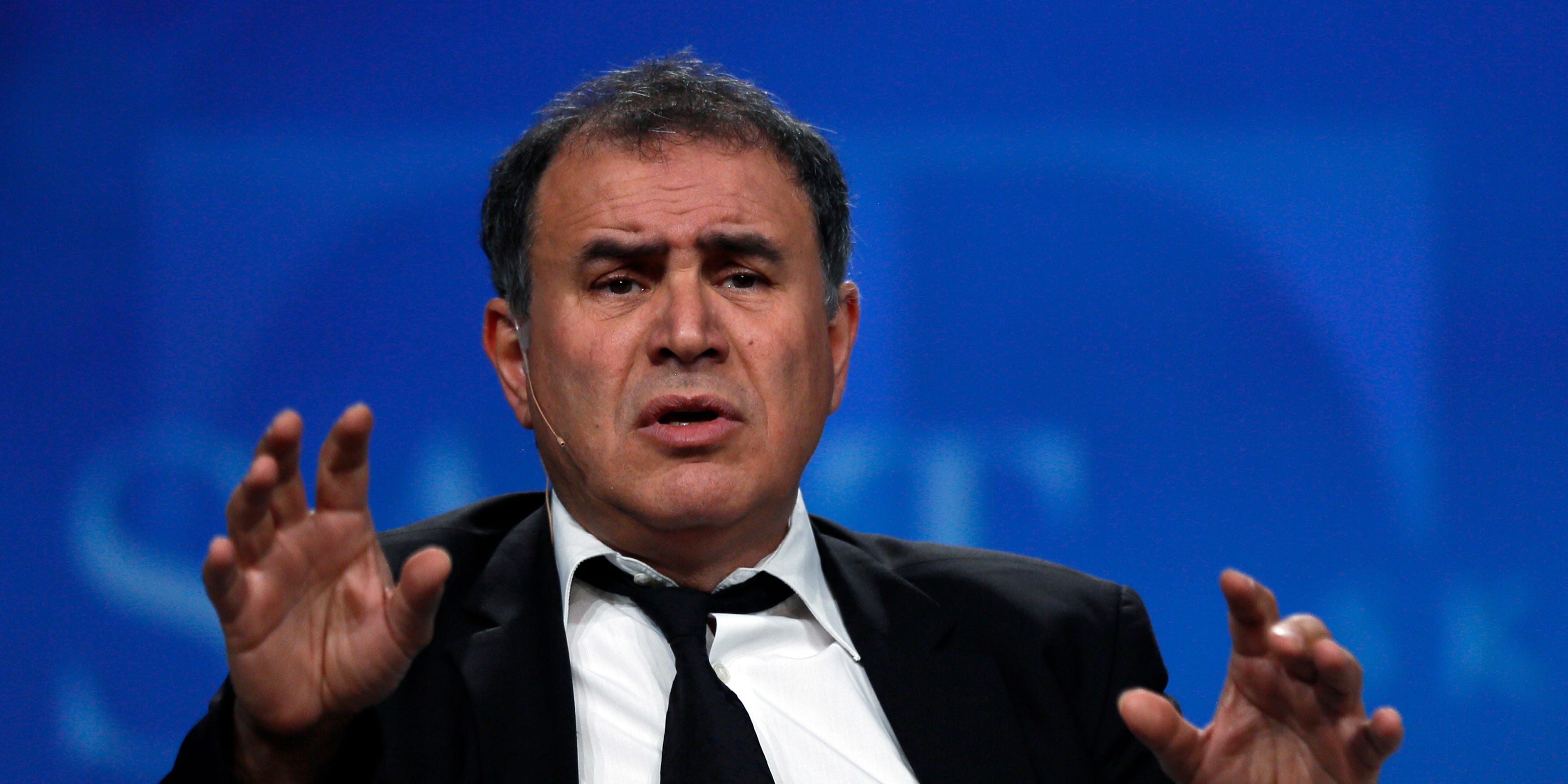 REUTERS/Rick WilkingNouriel Roubini, an economics professor, speaks at a panel discussion at the SALT conference in Las Vegas May 14, 2014.

Those holding out for a V-shaped recovery are set to be disappointed, the economist nicknamed “Dr. Doom” said while speaking at Business Insider’s Global Trends Festival. It’s more likely the US recovery is turning “extremely anemic” after its summer surge, he added.

While indicators tracking consumer spending and industry growth continue to tick higher, they have done so at a slowing pace. The Federal Reserve has done almost all it can to provide its own policy support, and it’s now up to Congress to reaccelerate the nation’s bounce-back, the economist said.


Read more:
We spoke to 4 US Investing Championship contenders who raked in a combined return of 1,349% in just 9 months. Here are the 11 books they say transformed them into trading juggernauts.

“We know we need the stimulus, we know it needs to be large. If, and when, we’re going to get it is very uncertain, and that’s one thing that’s slowing down the US economy,” Roubini said.

The economist’s comments come as Democrats and the White House near their deadline to reach a stimulus compromise. House Speaker Nancy Pelosi continues to push her party’s $US2.2 trillion package, and Treasury Secretary Steven Mnuchin has slowly inched closer to Democrats’ proposal while backing a $US1.8 trillion bill. Separately, President Donald Trump has repeatedly called for a measure even larger than Democrats’.

Still, Senate Republicans continue to balk at the larger bills and are instead slated to vote on a $US500 billion package. With Democrats poised to block the piecemeal bill, many are now delaying stimulus forecasts until after the November elections are decided.


Read more:
Bank of America shares 12 under-owned stocks likely to soar on earnings this quarter with investing conditions ripe for the picking

The holdup doesn’t diminish the need for fresh fiscal support, Roubini said. The pace of recovery is “subpar,” the unemployment rate remains elevated, and many Americans are without work or with little income.

Uncertainty surrounding the size, arrival time, and scope of new stimulus could be cleared up in just two weeks. The outcome of the US presidential election will determine whether a Biden administration can push for a multitrillion-dollar package, or if today’s stalemate continues into 2021.

Democratic presidential nominee Joe Biden holds a commanding lead in most polls, suggesting Democrats may also take control of the Senate come January. In the event Republicans maintain their Senate majority, the country could face “more gridlock” and a smaller-than-hoped stimulus deal, Roubini said. Failure to approve adequate relief funds will lead the economy to weaken again, he added.


Read more:
A fund manager who’s doubling up the competition in 2020 tells us his strategy for investing in the ‘K-shaped’ economic recovery â€” and details the only 2 stocks he added as the market recovery took off