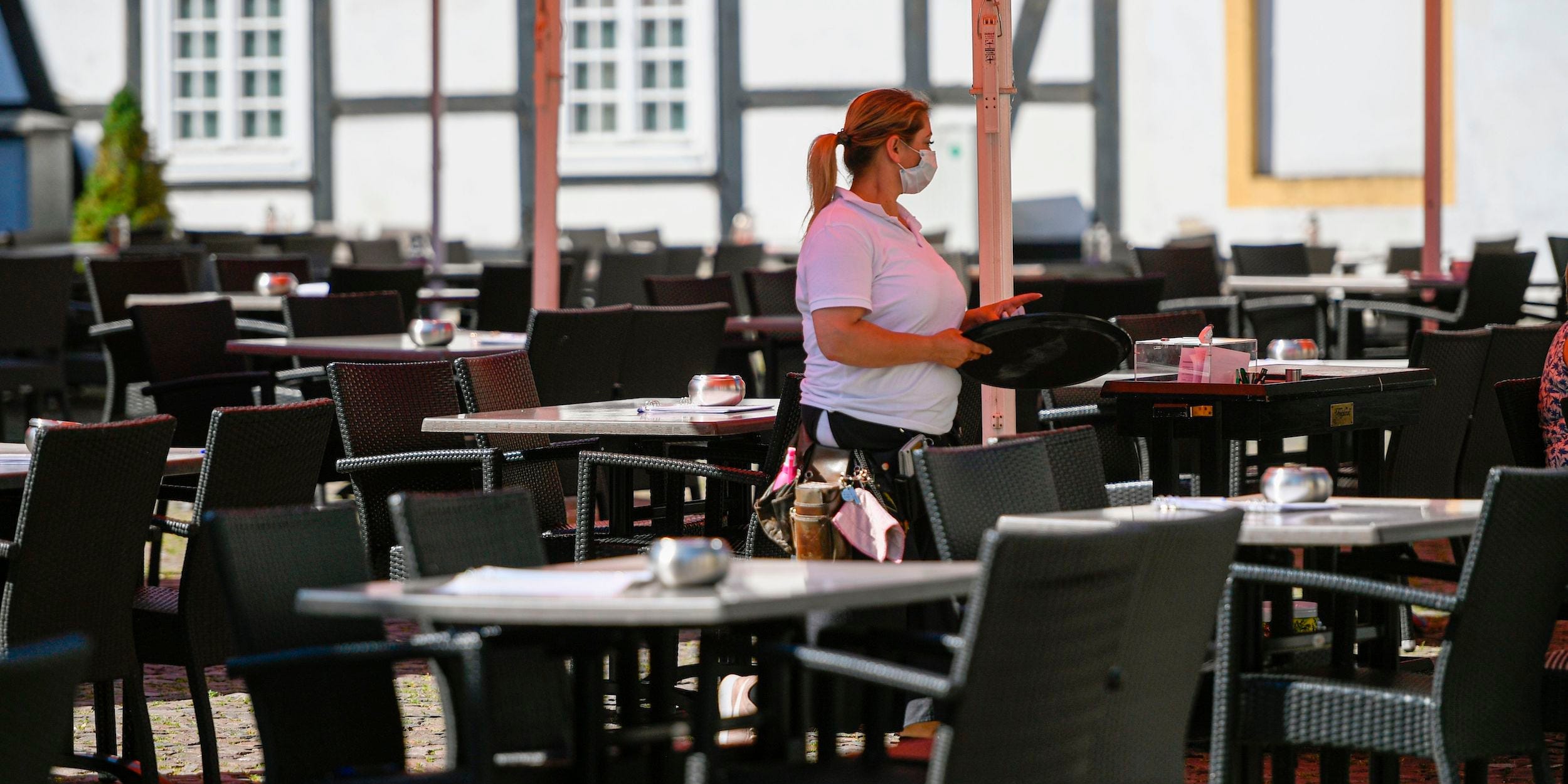 After the US economy saw a historic bounceback over the summer, new indicators suggest its ongoing recovery is decelerating.

Spiking COVID-19 cases throughout the country already set the stage for a dire winter. The US reported 163,975 new cases on Wednesday, according to The COVID Tracking Project, bringing the nation’s total to roughly 11.4 million. Deaths and hospitalizations continue to trend higher.

Cities including Chicago, New York City, and San Francisco have tightened economic restrictions to slow the virus’s spread. Yet new measures threaten to slow spending during the critical holiday season. And as Congress remains in legislative gridlock over a new stimulus package, small businesses and unemployed Americans face a worsening economic backdrop without renewed fiscal support.

Weakness abroad also jeopardizes a full recovery. While global activity has steadily improved since the summer, “there are signs that the recovery may be losing momentum,” the International Monetary Fund said in a Thursday statement.


Read more:
Deutsche Bank says you need to own these 6 stocks poised to surge as vaccine progress spurs an economic recovery â€” including one that could rally by 83%

Claims for US unemployment insurance snapped a four-week streak of declines last week, leaving filings at an elevated level and hinting at continued labour-market pain through November.

New US jobless claims for the week that ended Saturday totaled an unadjusted 742,000, the Labour Department announced Thursday morning. Economists surveyed by Bloomberg expected a reading of 700,000. The reading also marks a sizeable jump from the previous week’s revised total of 711,000.

“This isn’t the trajectory we want to see, and it underscores the fact that lockdowns kicking in across the country have a very real and negative effect on the labour market,” Mike Loewengart, managing director of investment strategy at E-Trade, said.

Filings had been falling to their lowest levels since the pandemic began before Thursday’s surprise increase. The latest reading leaves claims within the narrow range they have stayed at for more than a month. And while they have declined markedly since the pandemic began, weekly filings still come in above the 665,000 filings made during the worst week of the Great Recession.

While millions of Americans remain unemployed, the chances of finding new work are slowly worsening.

US job openings rose by 84,000 to 6.4 million in September, according to Job Openings and Labour Turnover Survey, or JOLTS, data published Thursday. The reading lands below the 6.5 million openings expected by economists.

The pace of hiring worsened slightly to 4.1% from 4.2%. The rate now stands just above its pre-pandemic level, signalling the rapid return to work seen earlier in the recovery has all but entirely played out.

The ratio of jobs-to-unemployed-Americans improved slightly but remains far from where it stood before the pandemic. About 2 workers competed for every open job in September, down from 2.1 the month prior. In all, the September JOLTS data point to much slower gains in the labour market despite being far from a full rebound.


Read more:
Goldman Sachs pinpoints 17 stocks poised for big moves during the upcoming holiday shopping season â€” and breaks down the exact options strategies for 3 of them

Americans’ spending at retailers grew less than expected in October, suggesting boosted holiday revenues may come up short this winter.

October’s modest increase marks the slowest pace of growth in six months and brings retail sales a hair away from contracting in the coming months. With consumer spending counting for roughly 70% of economic activity, a weaker-than-expected holiday season endangers businesses that only just began recovering from the virus’s initial fallout.

The University of Michigan’s consumer sentiment index fell to 77 in a preliminary November reading from 81.8, its first decline in four months. Economists expected the index to climb to 82. The reading is also the gauge’s lowest since August, when the second wave of virus cases just began falling.

The university’s index of consumer expectations tumbled to 71.3 from 79.2, also hitting its lowest point in three months. Most of the decline came from Republicans who, after President Trump’s election defeat, turned markedly more pessimistic toward the US economy’s future.

A final November reading will be released by the university on November 25.