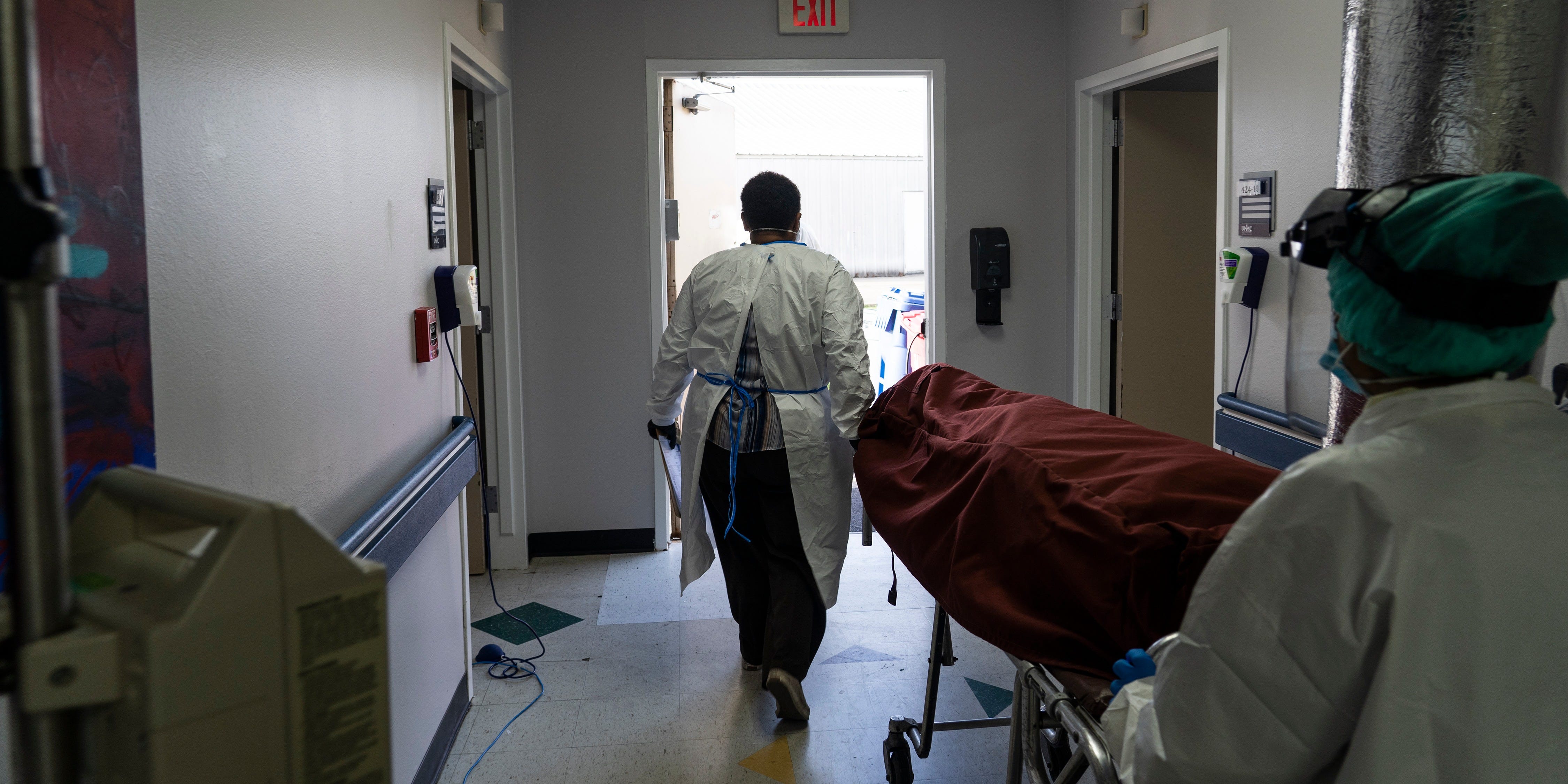 The US on Wednesday recorded more than 1,100 new coronavirus deaths for the second day in a row.

The agency added that the hardest-hit states on Wednesday were Texas, with 197 deaths; California, with 159 deaths; Florida, with 140 deaths; and Ohio, with 106 deaths.

The Atlantic’s COVID Tracking Project also found that the South hit record highs for deaths on both Tuesday, with 592, and Wednesday, with 725.

The South set a new record for deaths across the region yesterday at 592. Today, the South reported 725 deaths. pic.twitter.com/PKMIqJ6PsV

The US has reported the most coronavirus cases and deaths of any country: More than 3.9 million cases have been recorded and more than 143,000 people have died, according to data from Johns Hopkins University.

The deaths reported this week are still below the peak of deaths in April and May, when more than 2,000 deaths were reported on some days.

But known cases in the US are now significantly higher: More than 70,000 cases have been recorded on some days, compared with the peak of over 30,000 in April and May. 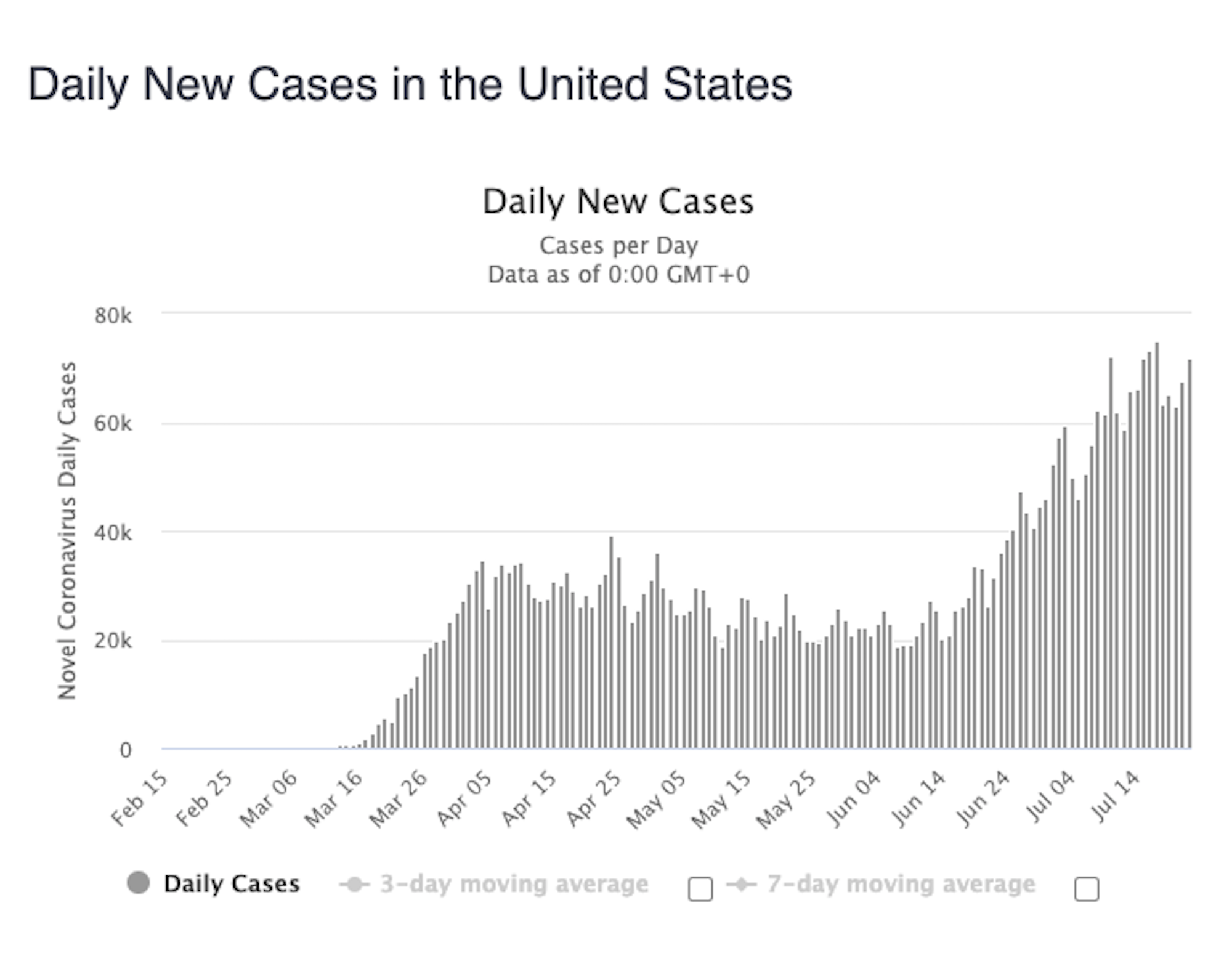 WorldometerCoronavirus cases in the US as of Thursday.

Deaths had long remained flat even as the number of new daily cases started to soar, but the new rise in deaths could point to a new surge.

The US death toll previously had not exceeded 1,000 since May 29. 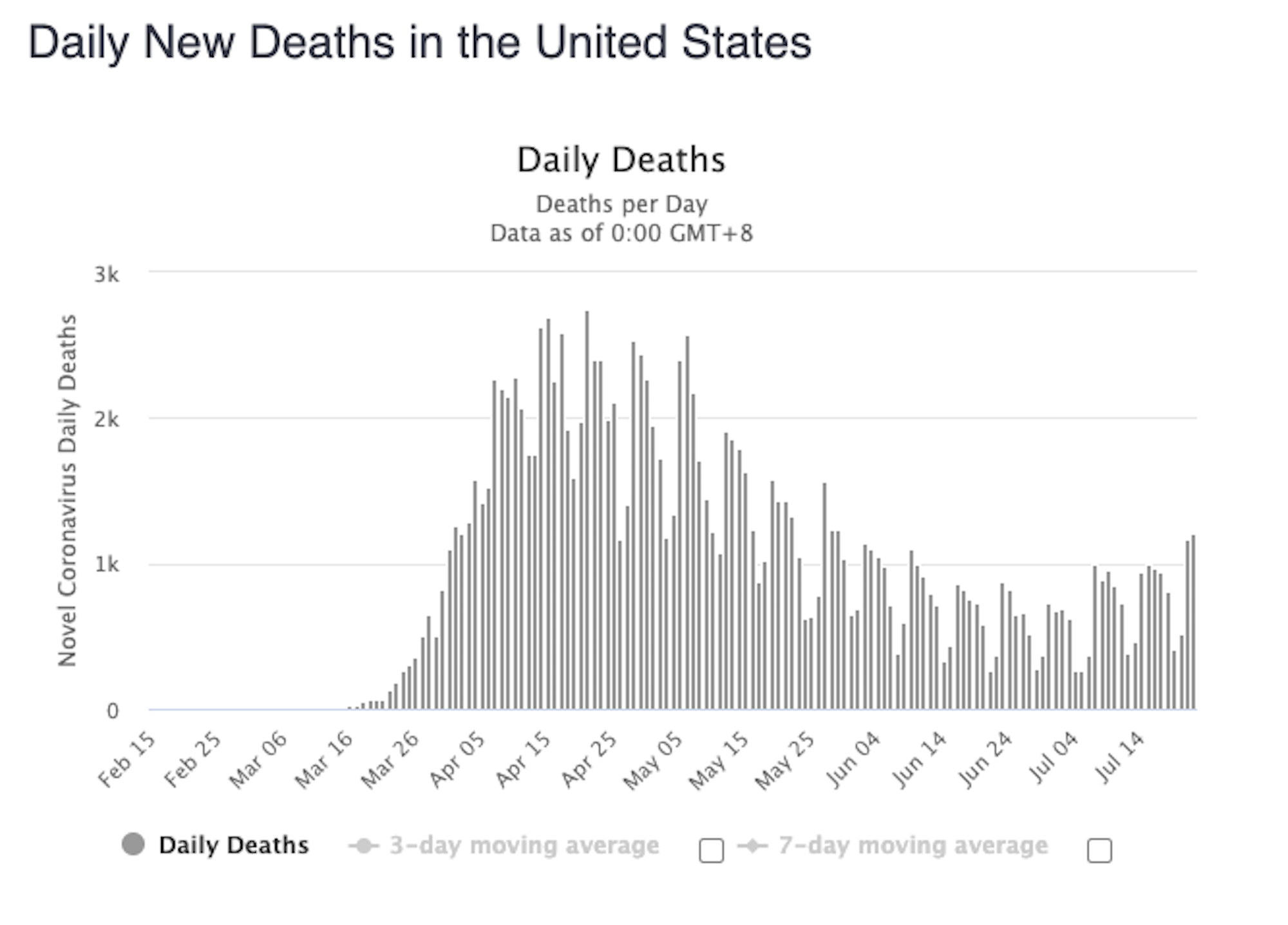 WorldometerUS coronavirus deaths as of Thursday.

The US ranks sixth-highest in the world for per capita deaths, Reuters reported.