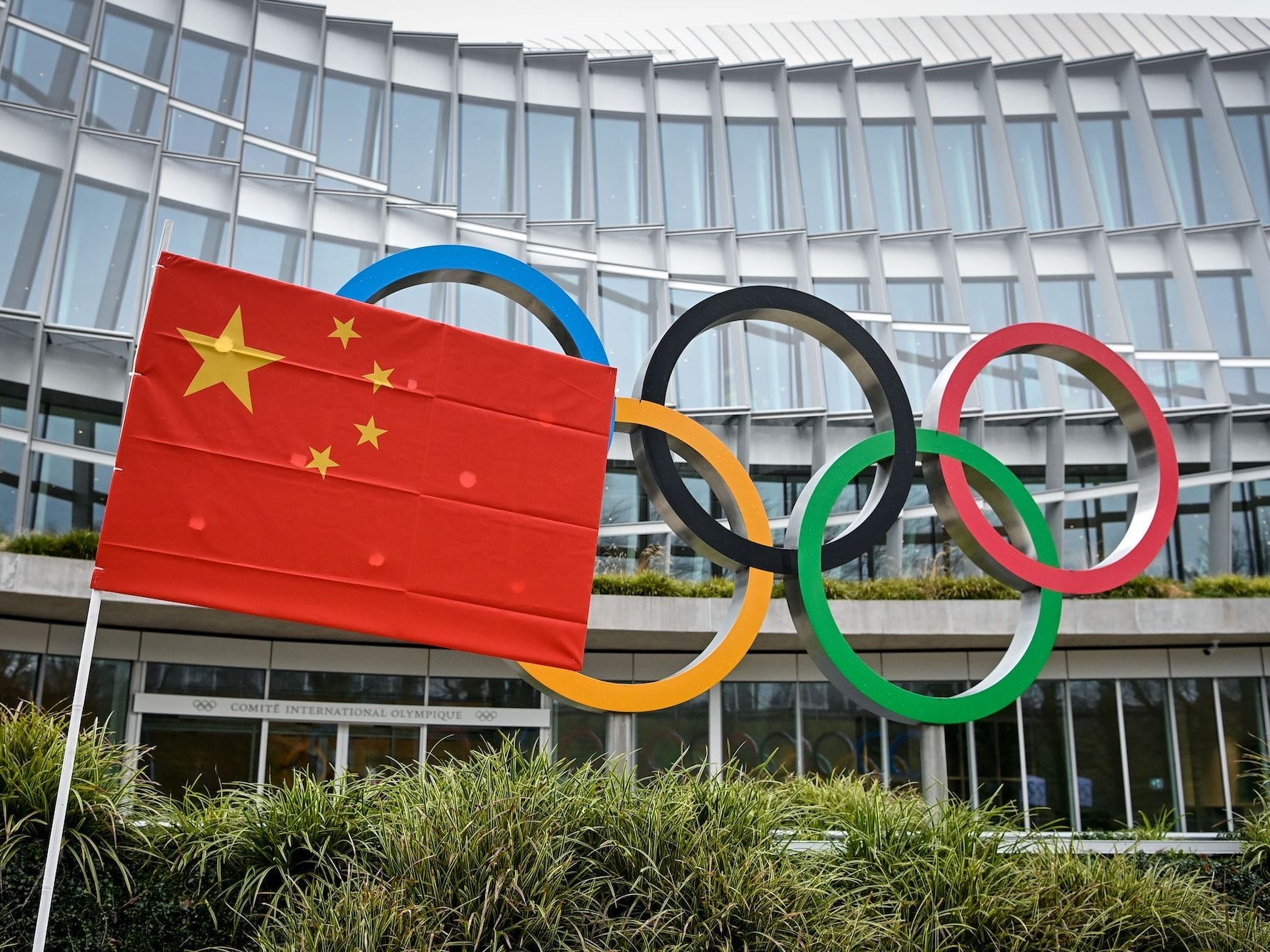 Fabrice Coffrini/Getty ImagesA Chinese flag flutters in front of the IOC headquarters during a protest by activists of the International Tibet Network against the Beijing 2022 Winter Olympics on Februay 3, 2021 in Lausanne.

The US is considering a joint boycott of the 2022 Winter Olympics in Beijing over the Chinese government’s human rights abuses, the US State Department said Tuesday.

“It is something that we certainly wish to discuss,” State Department spokesperson Ned Price said. “A coordinated approach will not only be in our interest but also in the interest of our allies and partners.”

“This is one of the issues that is on the agenda, both now and going forward,” Price added, making clear that a final decision has not been made.

In a later statement to Yahoo Sports, an unnamed State Department official stressed that no such talks have yet taken place. “We have not discussed and are not discussing any joint boycott with allies and partners,” the official said.

The US government has been ramping up criticism of and pressure on the Chinese government over human rights violations, which led to a public spat between Secretary of State Antony Blinken and China’s top diplomat in Alaska last month.

The Biden administration in late March slapped new sanctions on Chinese officials over what the Treasury Department described as serious human-rights abuse against the Uyghurs in Xinjiang. The EU, the UK, and Canada – in coordination with the US – have also hit China with sanctions over its treatment of the Uyghurs.

Human rights groups say the Chinese government has forced over a million Uyghur Muslims and other minorities into detention camps in the Xinjiang region, though Beijing has vehemently denied the allegations.

Blinken has said what’s happening to the Uyghurs amounts to genocide, while calling on China to release “all those arbitrarily held in internment camps and detention facilities.”

There have been growing calls for countries and companies to boycott the 2022 Beijing Olympics.

When contacted for a comment on the State Department’s remarks, the US Olympic Committee provided Insider with the following statement: “We oppose Games boycotts because they have been shown to negatively impact athletes while not effectively addressing global issues. We believe the more effective course of action is for the governments of the world and China to engage directly on human rights and geopolitical issues.”

Human rights lawyer Djaouida Siaci told Axios that a boycott could open the door for the International Criminal Court to begin an investigation into the allegations of genocide in Xinjiang.

GOP Sen. Mitt Romney in a New York Times op-ed last month said the US should engage in a diplomatic and economic boycott of the 2020 Beijing Olympics.

“Prohibiting our athletes from competing in China is the easy, but wrong, answer. Our athletes have trained their entire lives for this competition and have primed their abilities to peak in 2022,” Romney said.

“The right answer is an economic and diplomatic boycott of the Beijing Olympics. American spectators – other than families of our athletes and coaches – should stay at home, preventing us from contributing to the enormous revenues the Chinese Communist Party will raise from hotels, meals and tickets,” Romney added. “American corporations that routinely send large groups of their customers and associates to the Games should send them to U.S. venues instead.”

The last time the US boycotted the Olympics was during the 1980 summer games in Moscow.