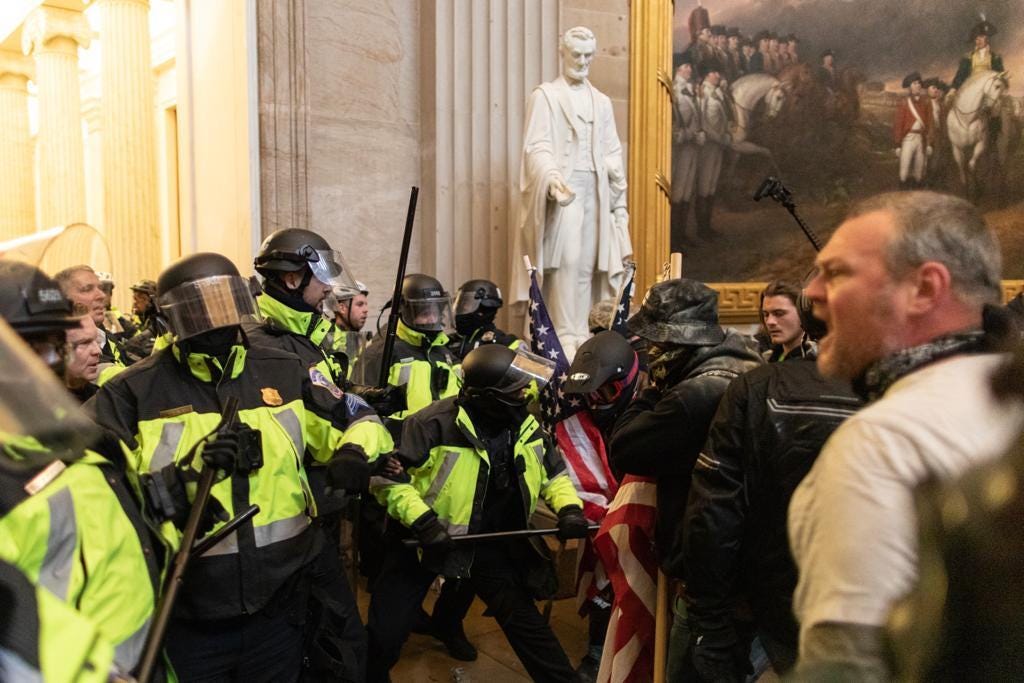 A US Capitol Police officer died on Thursday evening after being injured during riots in the Capitol building, according to a statement released Thursday night by the department.

“At approximately 9:30 p.m. this evening (January 7, 2021),United States Capitol Police Officer Brian D. Sicknick passed away due to injuries sustained while on-duty,” the statement read. Officer Sicknick was injured while “physically engaging with protesters,” according to the department.

“He returned to his division office and collapsed,” Capitol Police said in their statement. “He was taken to a local hospital where he succumbed to his injuries.”

The homicide department of the Washington, DC, Metropolitan Police Department, the USCP, and “federal partners” will investigate the officer’s death.

Earlier in the evening, US Capitol Police denied media reports that an officer had died following an attempted insurrection on Capitol Hill, saying the officer is instead on life support,Bloomberg’s Billy House reported.

“Media reports regarding the death of a United States Capitol Police (USCP) officer are not accurate. Although some officers were injured and hospitalized yesterday, no USCP officers have passed away. We ask that our officers’ and their families’ privacy be respected at this time. Should a statement become necessary, the Department will issue one at the appropriate time,” USCP said in a statement, according to House.

WUSA reporter Bruce Leshan appeared to confirm that statement, tweeting: “CORRECTION Capitol Police union chair Gus Papathanasiou now says the officer has NOT passed away, but is still on life support, until his family can arrive. He and I deeply regret getting ahead of the story.”

CNN had reported earlier that a USCP officer died due to “events stemming from” Wednesday’s violence, which followed remarks by President Donald Trump.

Five fatalities have been confirmed so far connected to the violence in Washington, DC.

One woman died Wednesday after being shot inside the US Capitol after violent pro-Trump protesters stormed the building, while one woman and two men died Wednesday evening due to “medical emergencies” they sustained on or around Capitol grounds, according to DC Metropolitan Police.

US Capitol Police is already facing a backlash over the violent mobs that were able to quickly forced their way past security while lawmakers inside were debating the 2020 Electoral College results.

US Capitol Police Chief Steven Sund announced on Thursday that he will resign on January 16, according to NBC News.

Correction: A previous version of this article stated that a US Capitol Police officer had died. USCP has since denied those reports, according to multiple media outlets, saying the officer was on life support as of 8:21 p.m. ET on Thursday. The officer later died at 9:30 p.m. ET, according to Capitol Police.