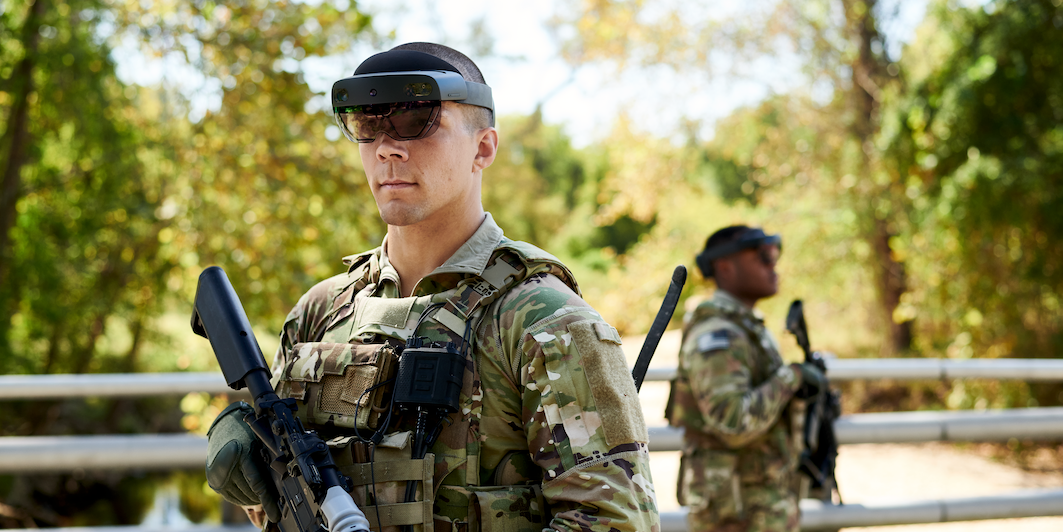 The US Army is using its developmental Integrated Visual Augmentation System (IVAS) heads-up display, which was created to help soldiers better wage war on future battlefields, to combat the novel coronavirus, the service revealed.

The Army recently tweaked the software for a number of IVAS prototype goggles to allow the devices to detect fevers, and soldiers at Fort Benning, Georgia have been using them to scan hundreds of troops on base.

“That’s the genius of this system; we can use this technology today to fight the virus, even as we shape it into the combat system our Soldiers need tomorrow,” Brig. Gen. Tony Potts, who heads PEO Soldier, said in a statement.

The Army has been partnering with Microsoft to create a mixed-reality heads-up display for the dismounted soldier that offers a warfighter immediate access to dozens of valuable combat tools in digital space.

With this system, soldiers can see in the dark, shoot around corners, translate text, take photos and video, and track targets, among other things.

Based on Microsoft’s HoloLens technology, IVAS is the Soldier Lethality Cross-Functional Team’s signature modernisation effort, and the team has been pushing forward with its development even as the coronavirus continues to upend plans.

At the same time, the Army has figured out how to use its IVAS head-up display to help combat the virus.

The service is using the system to “rapidly assess the temperature of hundreds of Soldiers as they prepare for training” at Fort Benning, where thousands of soldiers go through a variety of different courses and training programs, the Army said in a statement. 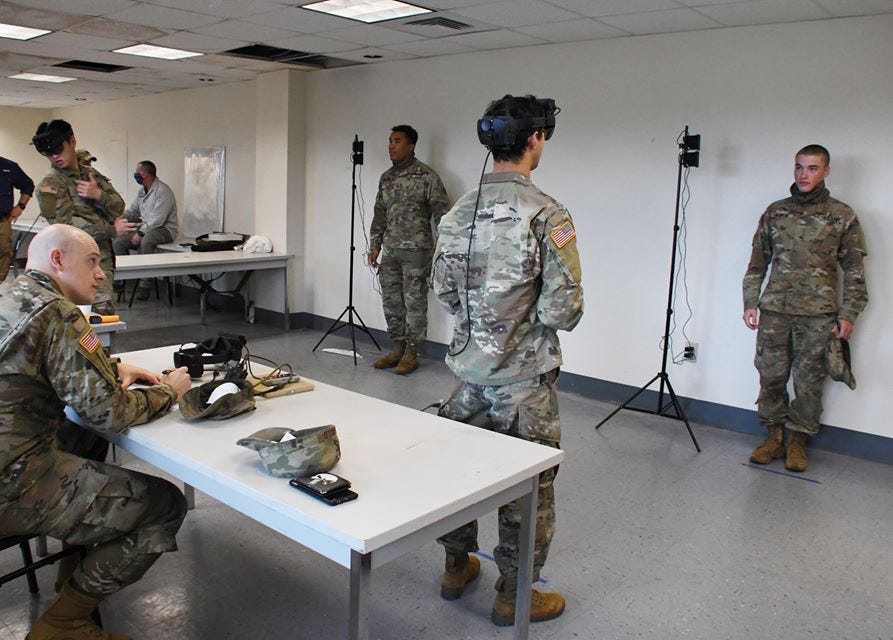 US ArmyArmy soldiers use the digital thermal sensors in modified IVAS goggles to look for fevers in Army personnel at Fort Benning, Georgia.

One common symptom among individuals who have been infected by the coronavirus is a fever.

Modified IVAS heads-up displays were quickly sent to Fort Benning, Georgia. With these devices, which display scanned forehead and inner eye temperatures in the user’s goggles, soldiers were able to scan and process around 300 individuals in just 30 minutes.

The Army said that anyone who had a fever was sent to a nearby medical facility for evaluation.

Scanning was carried out indoors in a facility where commercial thermal referencing sources were used to calibrate the devices to room temperature.

“We’ve always planned for an agile software system and a digital platform that can be upgraded and adapted to use against emerging threats in the future. No one anticipated the next threat to emerge would be a virus, but that’s the enemy we face today,” Bowman said in a statement.

If everything goes according to plan, the Army intends to start fielding IVAS goggles to soldiers in the fourth quarter of fiscal year 2021, in summer of next year.