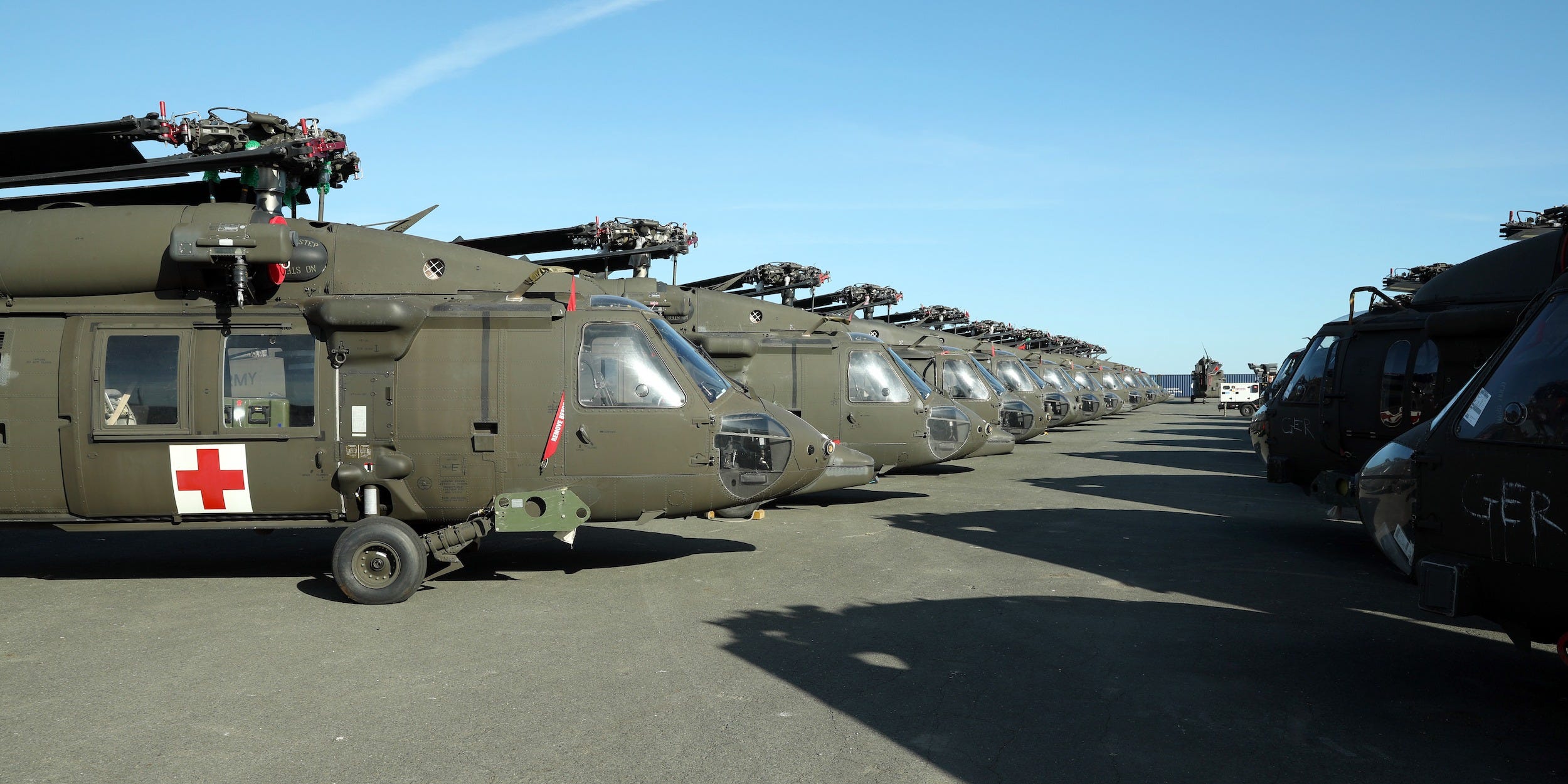 The coronavirus upended US military operations around the world, but it was perhaps most disruptive for the US Army in Europe, which had to halt preparations for its largest exercise in decades.

But the pandemic hasn’t stopped everything. This month, elements of the Army’s 101st Airborne Division arrived at the port of La Rochelle in France for a nine-month rotation with Operation Atlantic Resolve, which was started to enhance training with European allies after the Russian seizure of Crimea and intervention in Ukraine in 2014.

“This is the first time a US Army operation of this scale has been conducted in La Rochelle since the 1960s,” the Army’s 598th Transportation Brigade said in a July 12 Facebook post.

The 101st Combat Aviation Brigade’s “arrival and movement through France represents an opportunity for US and French logisticians to build relationships and enhance interoperability,” the brigade said. “Operation Mousquetaire (‘Musketeer’), the French portion of the logistical movement, is a demonstration of the strong, existing partnership between the US and French militaries.” 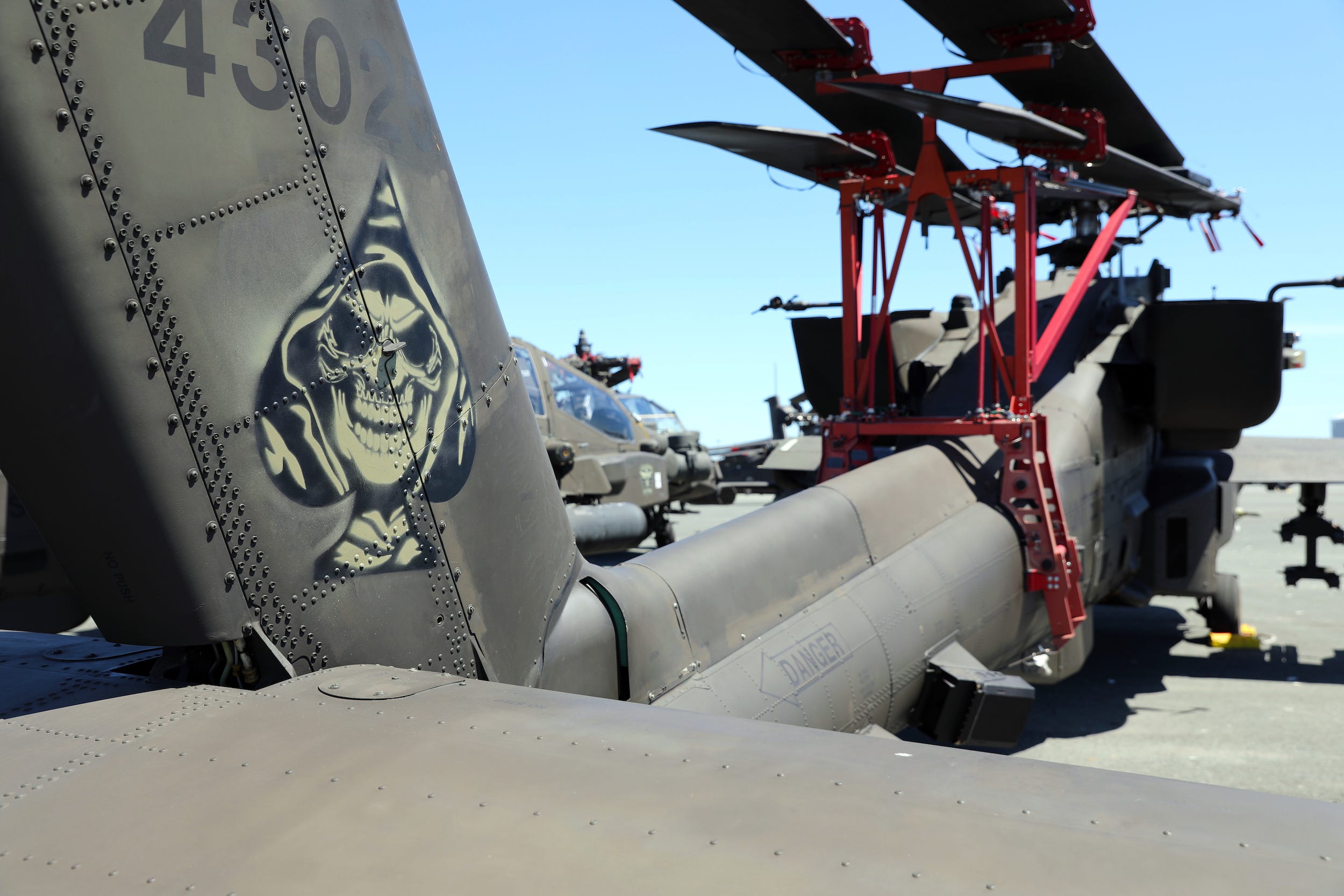 Ports like Bremerhaven in Germany, close to barracks and training grounds in that country and to its east, have long been hubs for arriving US forces, but a search for variety has led the US military to ports from which it has been absent – such as Antwerp in Belgium and Vlissingen in the Netherlands.

“One of our primary objectives is to improve military mobility across Europe by expanding the number of viable ports available in times of crisis, so we exercise our use of them with Atlantic Resolve rotations,” a US Army Europe spokesperson said in an email Thursday.

Ports are one part of the effort to improve that mobility, which has also seen US troops practice new transport methods. NATO and the European Union have also worked individually and jointly on issues such as transportation infrastructure and regulations on cross-border travel.

“The one thing that I always say every time I come and meet with allies in Europe is: logistics – whether it be investments in infrastructure, whether it be rail or roads,” Army Secretary Ryan McCarthy told the press on Wednesday during a trip to Poland. “Their ability to flow capability is everything, so that’s a conversation I have publicly and privately at every opportunity.” 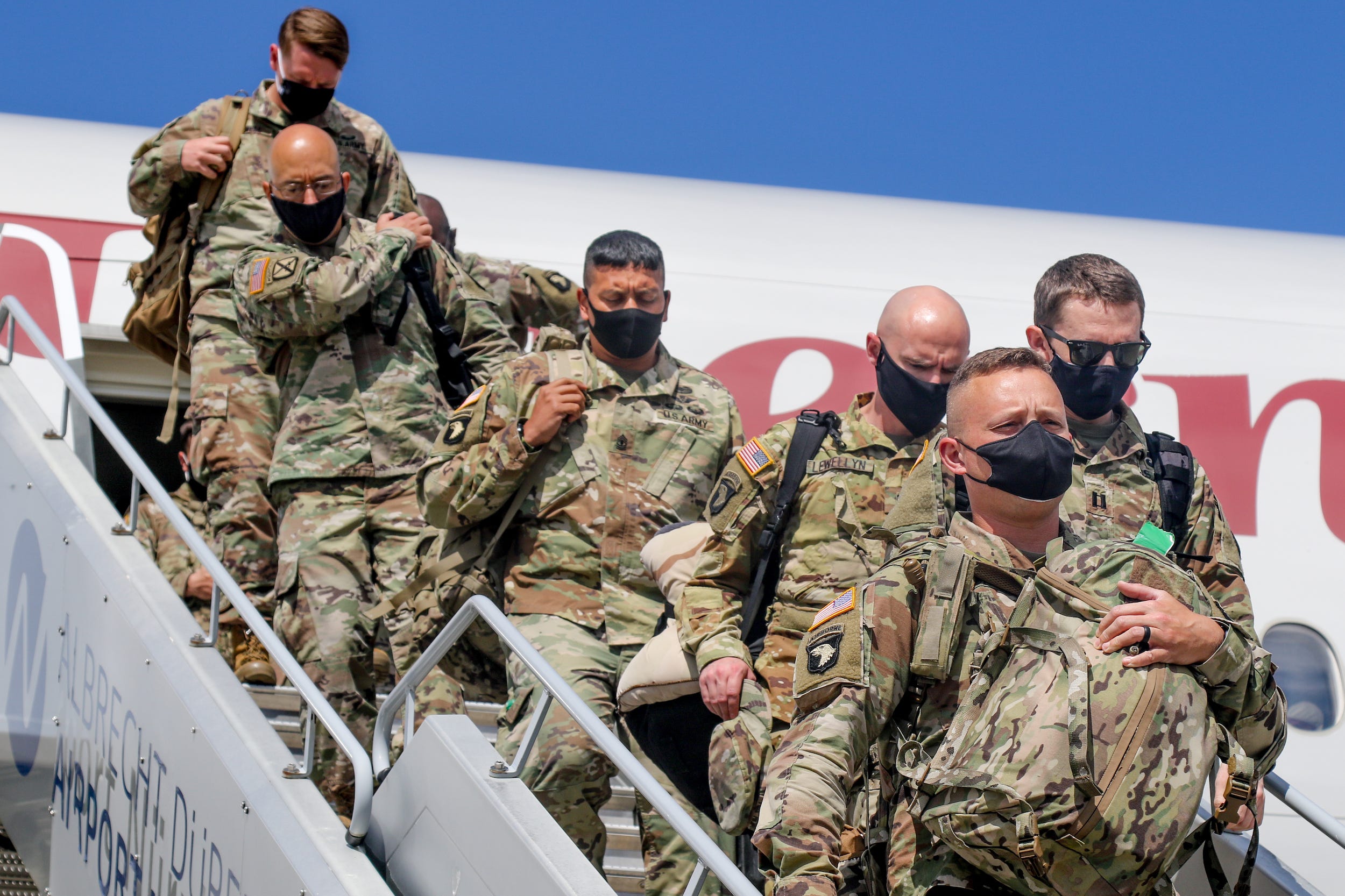 Atlantic Resolve rotations are generally planned about a year in advance, the US Army Europe spokesperson said. European countries have in recent weeks relaxed restrictions related to the pandemic, but there are still precautions for arriving US troops.

“We consider COVID mitigation measures for everything we do at US Army Europe,” the spokesperson said.

Some 250 soldiers from the 101st Combat Aviation Brigade – the sixth brigade-sized aviation rotation for Atlantic Resolve – arrived in Europe in late June, two weeks before their rotation officially started.

“The soldiers quarantined for two weeks in Grafenwoehr, Germany, before they were able to travel to France and Greece to pick up their helicopters and equipment,” the spokesperson said. “We continue to work closely with our host nations to ensure our policies and response plans align.” 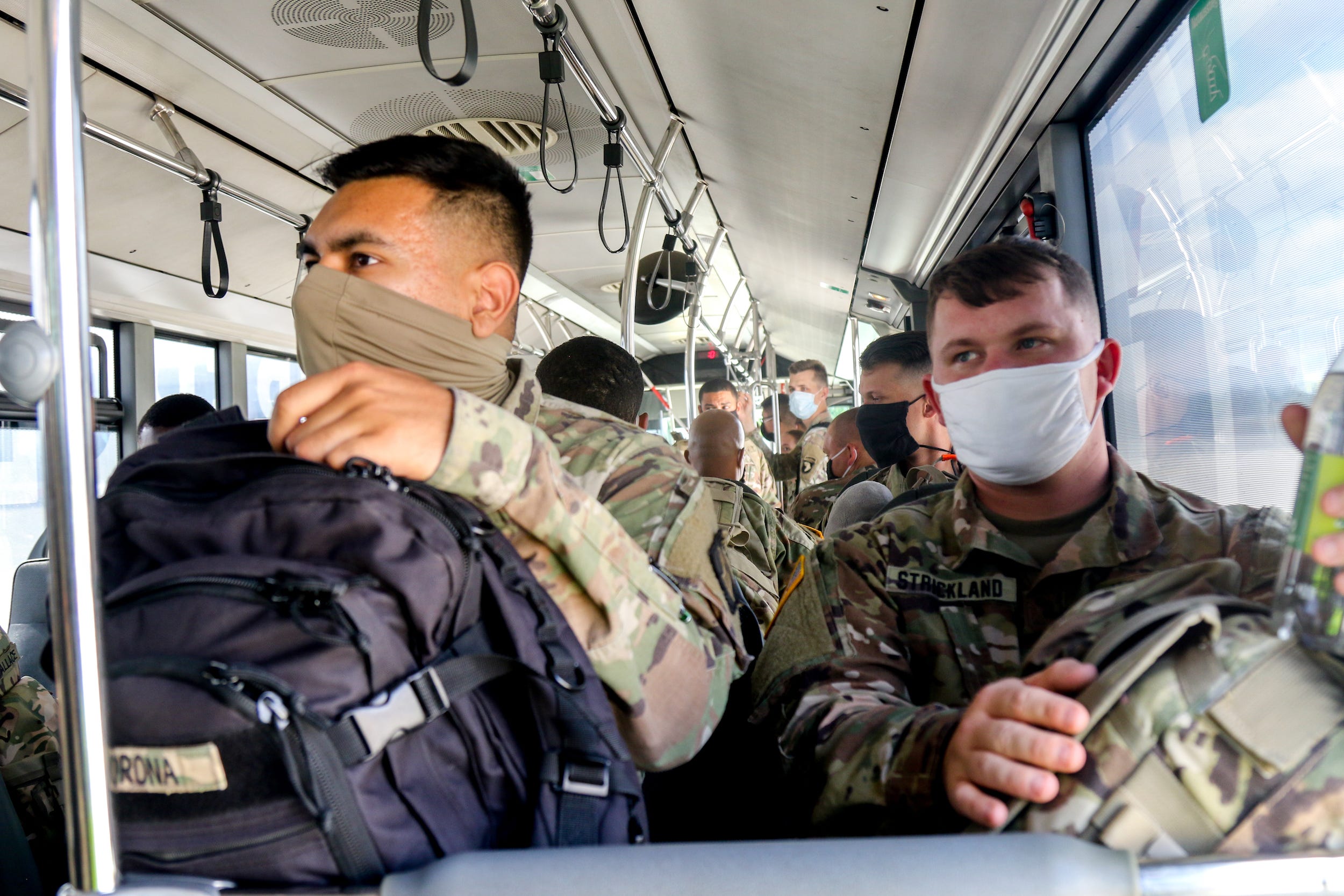 Camp Kasserine, where the soldiers were quarantined, was divided into four areas with tents and amenities like laundry, showers, and hot food. The soldiers were separated in small groups, and each had 72 square feet of personal space and access to physical fitness resources.

“Coronavirus threw things off a little bit, but we were able to adapt and overcome,” Army Maj. Jay Berger, executive officer of the aviation brigade, said in a release. “[We] were practicing social distancing … and proper sanitation while we were conducting our train-up to come here. We had to get a little more creative with some of our key training events, but overall we maintained our readiness and timeline to deploy.”

The aviation unit is deploying for its rotation with roughly 2,000 personnel, 50 UH-60 and HH-60 Black Hawk helicopters, four CH-47 Chinook helicopters, 25 AH-64 Apache helicopters, and more than 1,800 wheeled vehicles and pieces of equipment. This week, the helicopters are scheduled to fly to training areas in Germany, Poland and Latvia.