11 major US airlines have new pandemic rules for keeping passengers safe, but some are doing more than others. Here's how they compare. 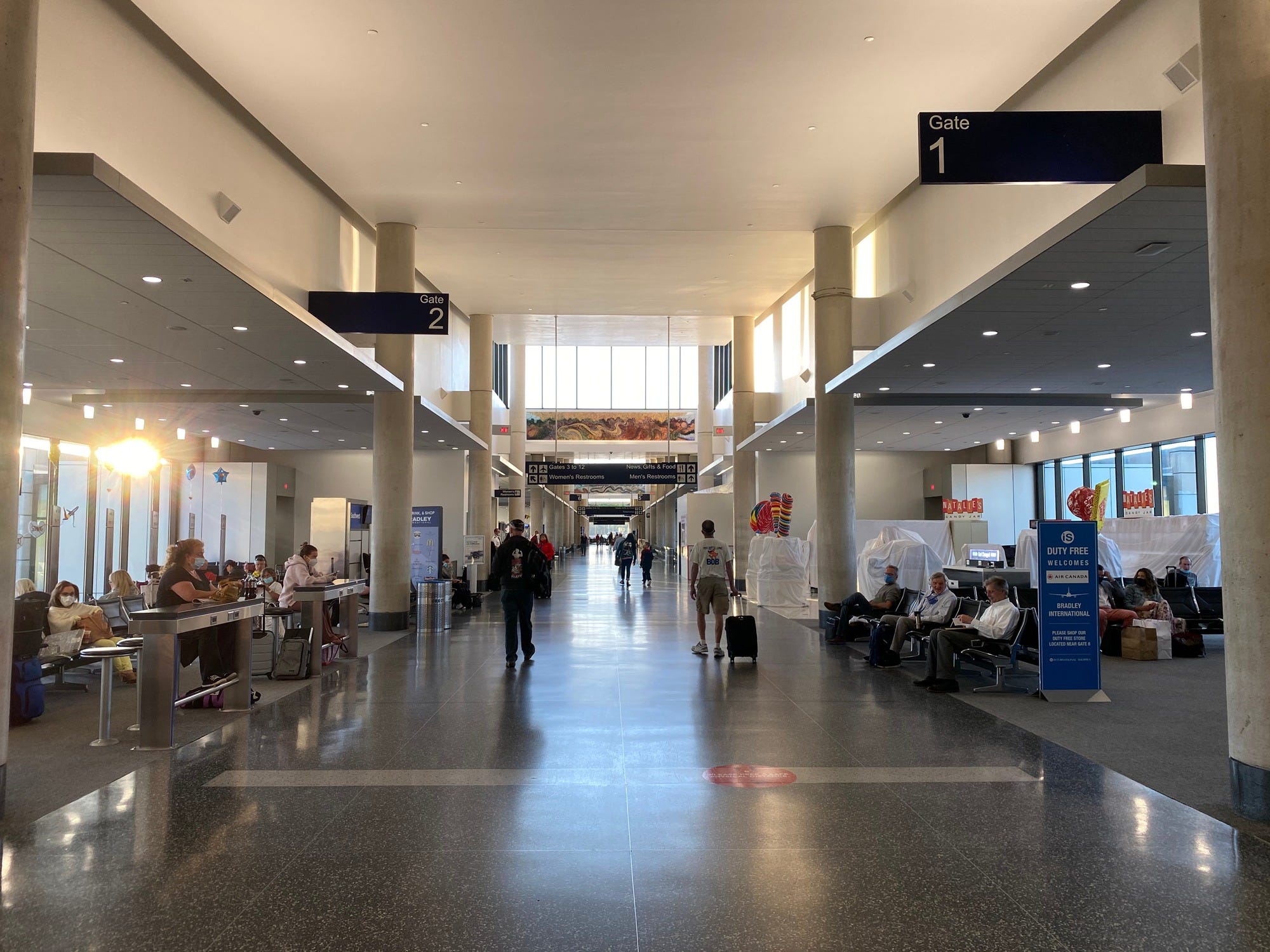 Airlines in the US are finding themselves at a crossroads. While a priority is driving up revenues to account for the heavy losses incurred in March, April, and May, the concern for the safety and comfort of passengers is also at the forefront and the two seldom complement each other without compromise.

Each of the country’s major airlines has taken a different approach to reconcile ways of increasing revenue with peace of mind for flyers. Travellers also are now factoring in health and safety when booking a flight, a decision that needed never weigh heavily on the minds of many prior to this pandemic.

Some carriers have gone to the extreme by blocking middle seats and flying extra flights to keep passenger loads light. Others are continuing on with business almost as usual, not requiring so much as a face covering for passengers.

Most carriers in the US require their passengers to wear some form of face coverings, with only a small minority of airlines not mandating the practice now recommended by the Centres for Disease Control when social distancing isn’t an option. Blocking middle seats and limiting flight loads has also been adopted by a few of the larger and mid-tier airlines, though some have abandoned that practice after seeing high demand on certain flights. 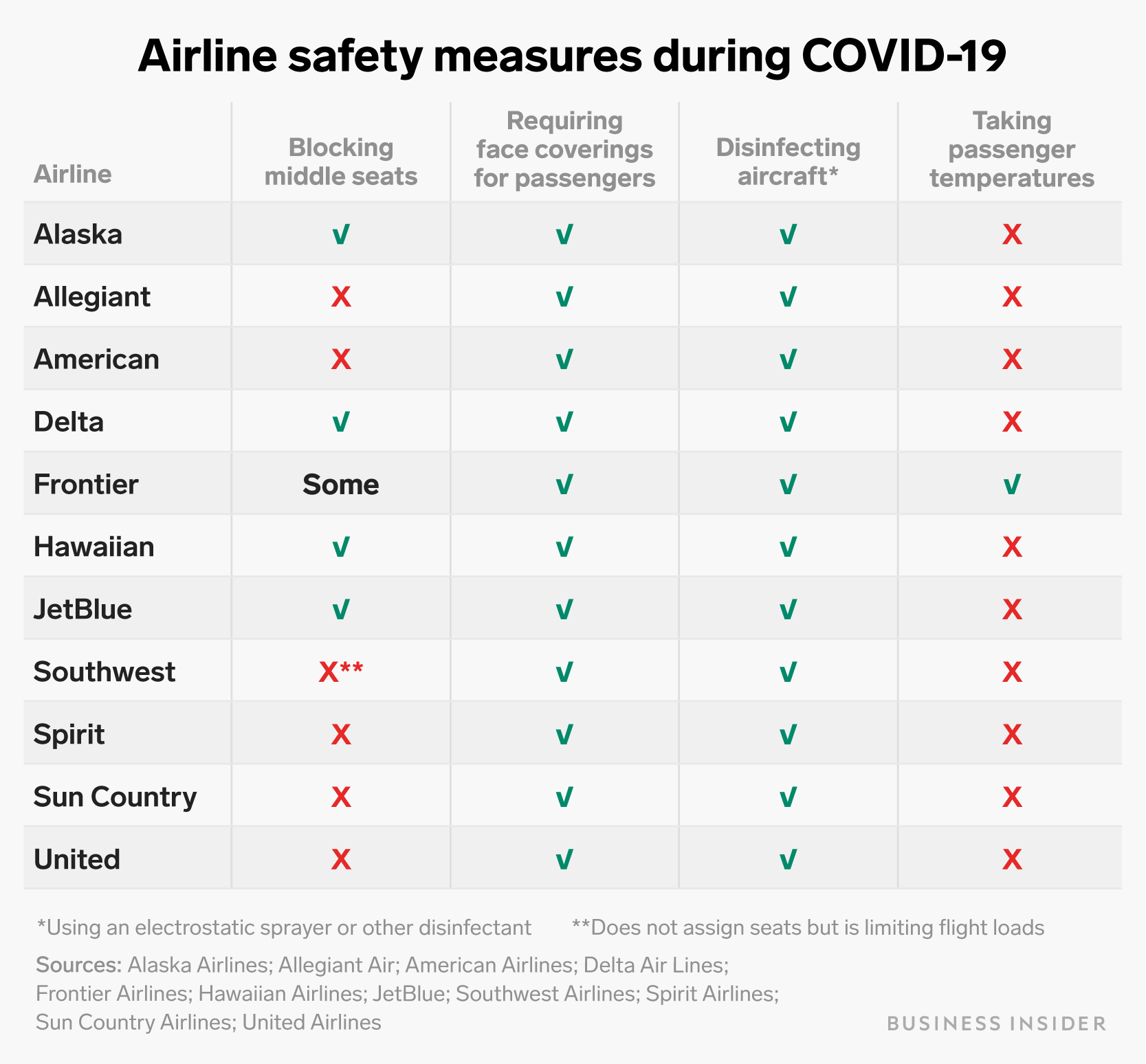 With Transportation Security Administration passenger numbers showing that travel is on the rise, most of these measures are likely only temporary and will subside once demand rises high enough. Not every airline is perfect in its approach and flying while the pandemic rages will still require some determination and precautions on the part of the traveller.

Take a look at the largest US airlines are approaching this pandemic as travel begins to rebound across the country. 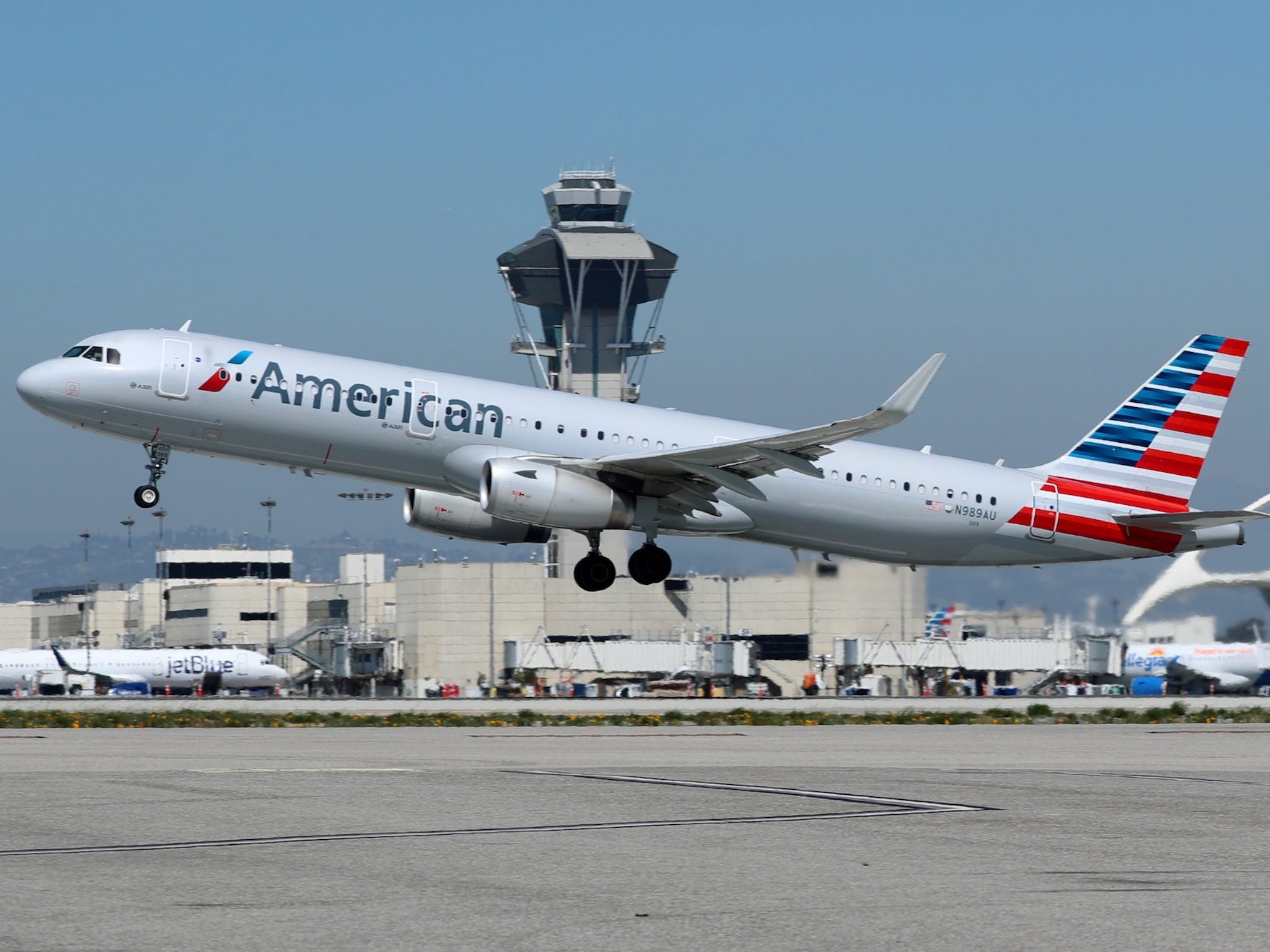 American is not blocking middle seats nor limiting flight loads, allowing flights to fill up to capacity, according to its website, and requiring face coverings to be worn on every flight. If a flight is filling up, American will notify passengers, typically by email, and offer the option to change to an alternate flight free of charge.

The in-flight service has been suspended on shorter flights, as Business Insider found on a flight in June. The airline’s aircraft cleaning procedure also includes disinfecting before each flight and regular fogging using an electrostatic sprayer. 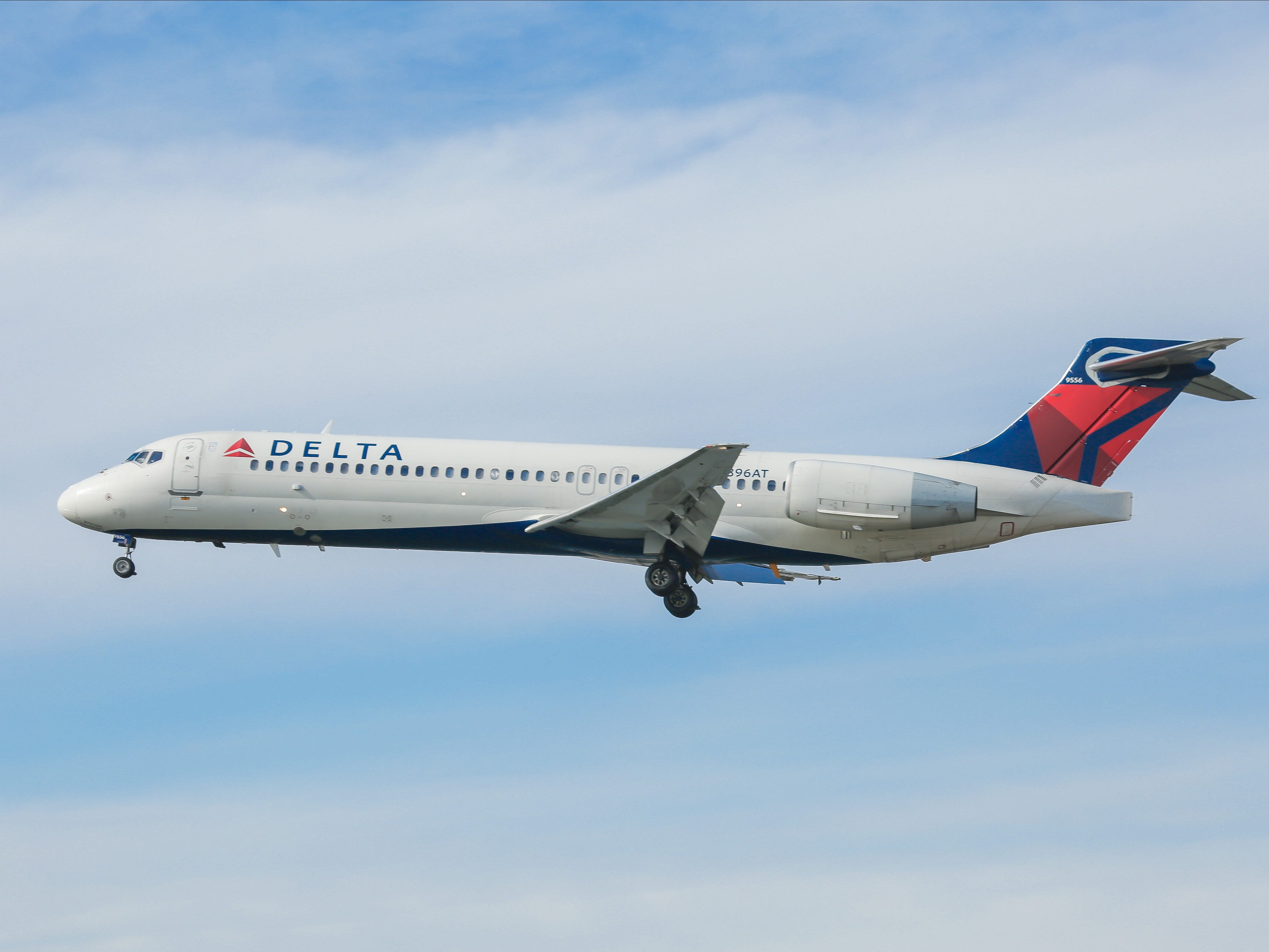 Delta is blocking middle seats and certain aisle seats on its aircraft in an effort to limit loads to 50% in first class and 60% in economy cabins. It recently extended this policy until September 30 and is now also increasing capacity on high demand routes, according to Delta’s website. The airline currently distributes an essentials kit to passengers including a water bottle, snacks, and hand sanitizer, and boards aircraft back to front, as Business Insider found on a recent flight.

The airline confirmed to Business Insider in an email that if a flight is too crowded for a passenger’s liking, despite the blocked seats, rebooking to later flight to the same destination will be done free of charge. Face coverings are also required on Delta flights and the airline’s cleaning procedure includes fogging with the use of an electrostatic sprayer to disinfect the aircraft. 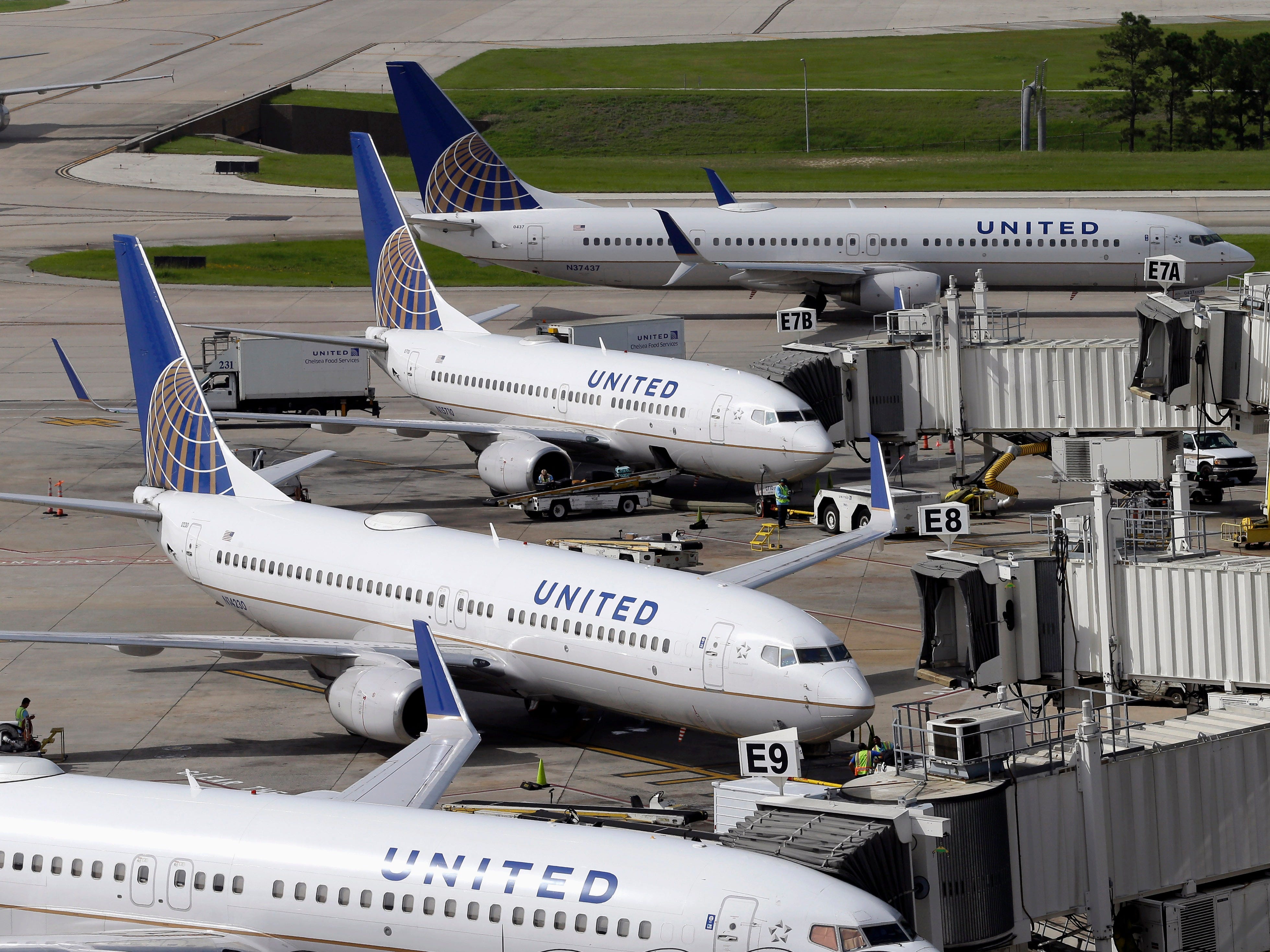 United recently amended its social distancing policy, which no longer includes blocked middle seats and limited flight loads, to allow passengers with full flights to make a change free of charge. The airline is also requiring passengers to wear face coverings while onboard, according to its website.

On flights longer then 2 hours and 20 minutes, United will distribute amenity bags with a sanitizing wipe, water bottle, and snacks while the service on shorter flights will be suspended, as Business Insider found on a June flight on the airline. United’s cleaning procedure will also include fogging through the use of an electrostatic sprayer. 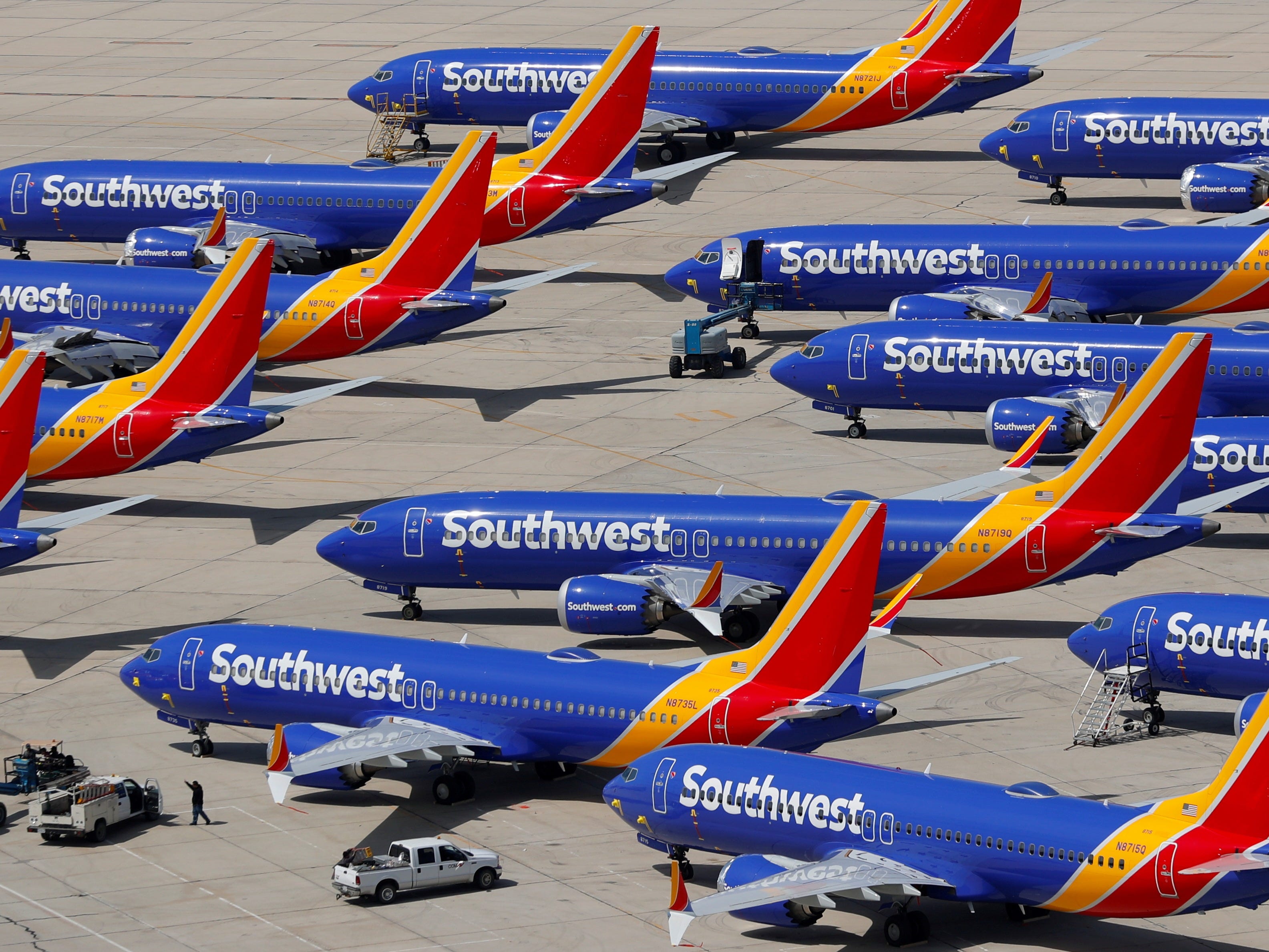 Southwest does not allow pre-assigned seats but will limit the number of seats sold on its aircraft to ensure that middle seats can be left open for those not travelling together, according to its website, until September 30. Boarding will also be completed in groups of 10 and in-flight services are temporarily reduced, as Business Insider found on a June flight on the airline.

Face coverings are required on Southwest flights. The airline also disinfects its aircraft using an electrostatic sprayer, with sanitary wipes available on request. 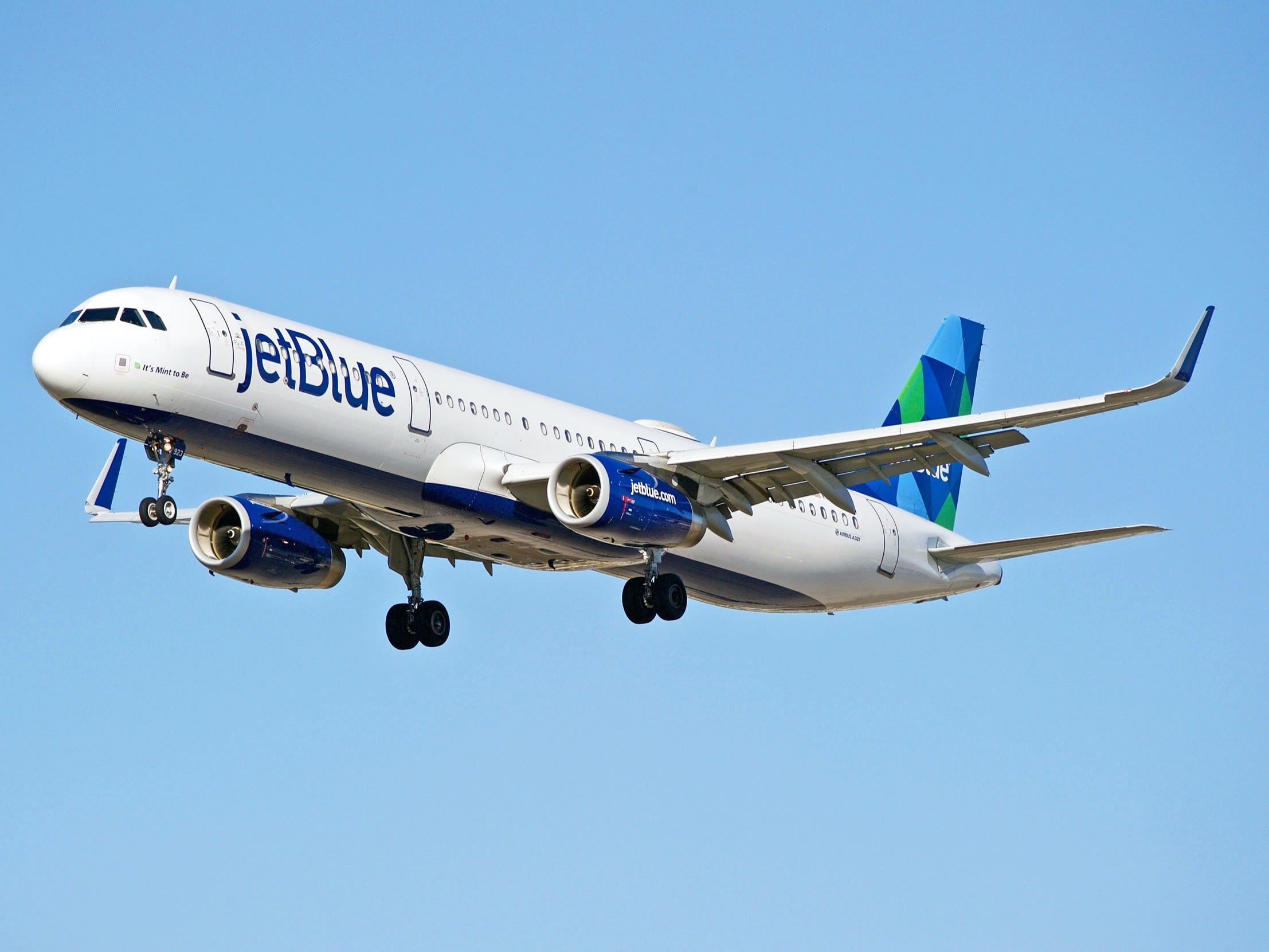 JetBlue is blocking middle seats on its Airbus A320 aircraft and certain aisle seats on its Embraer E190 aircraft through September 8, according to the airline’s website. Face coverings are required to be worn by passengers and flight attendants will also be subject to temperature checks.

JetBlue is also disinfecting its aircraft with an electrostatic sprayer. 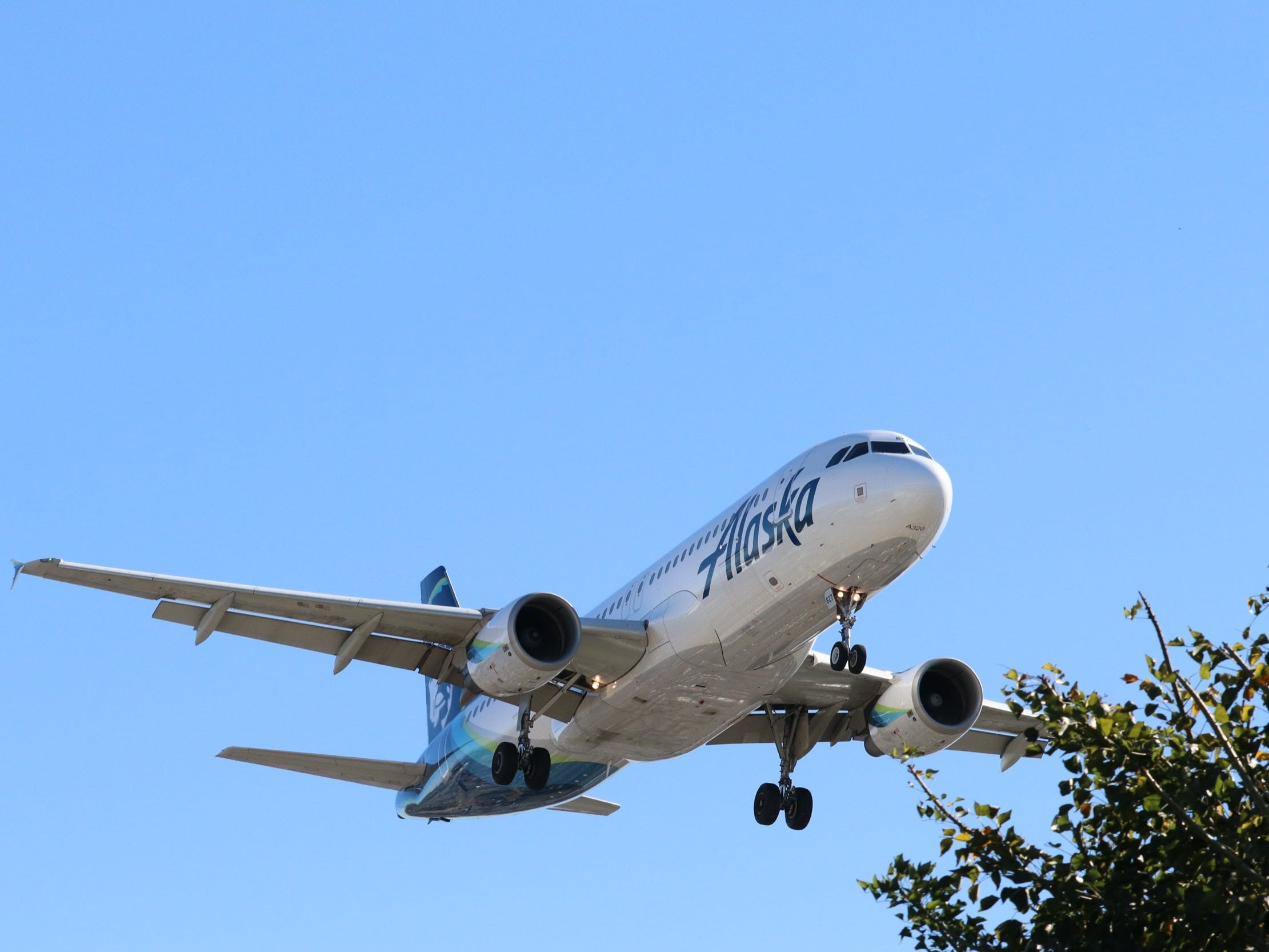 Alaska is blocking middle and certain aisle seats on its aircraft through July 31, as well as requiring face coverings for all passengers and customer-facing employees who cannot maintain social distancing, according to an airline news release. The airline will provide face coverings for those who do not have. 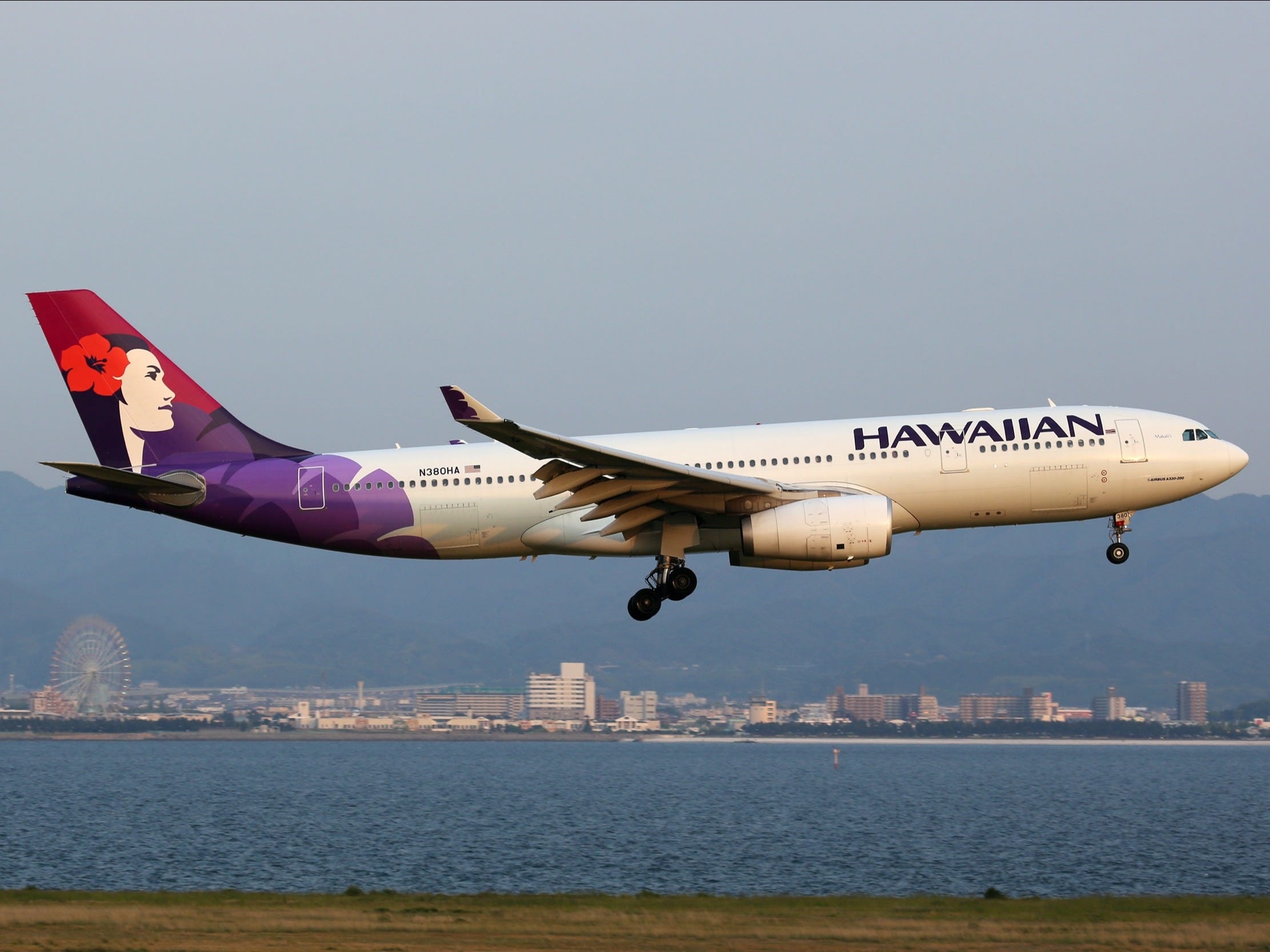 Hawaiian Airlines is blocking middle seats onboard jet aircraft, as well as other select seats such as adjoining seats on its ATR 42 turboprop fleet, and requiring the use of face coverings for all passengers, according to its website. Passengers will board the aircraft from back to front and deplaning will be controlled by flight attendants to prevent congestion.

Hawaiian also employs the use of an electrostatic sprayer to disinfect its aircraft via fogging. 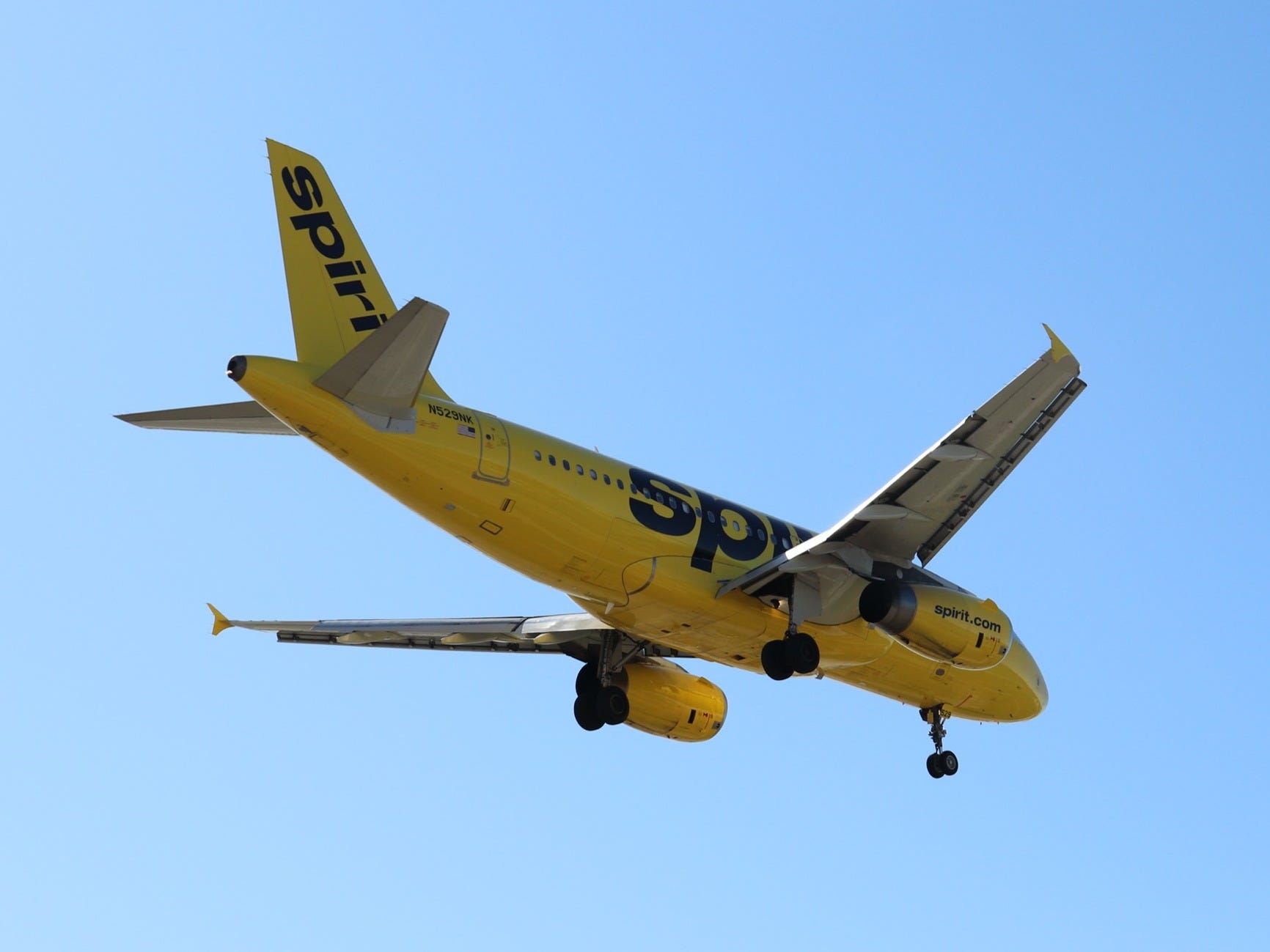 Spirit is not blocking middle seats onboard its aircraft but is requiring the use of face coverings for all passengers, according to an airline news release. The airline is also disinfecting its aircraft with an electrostatic sprayer. 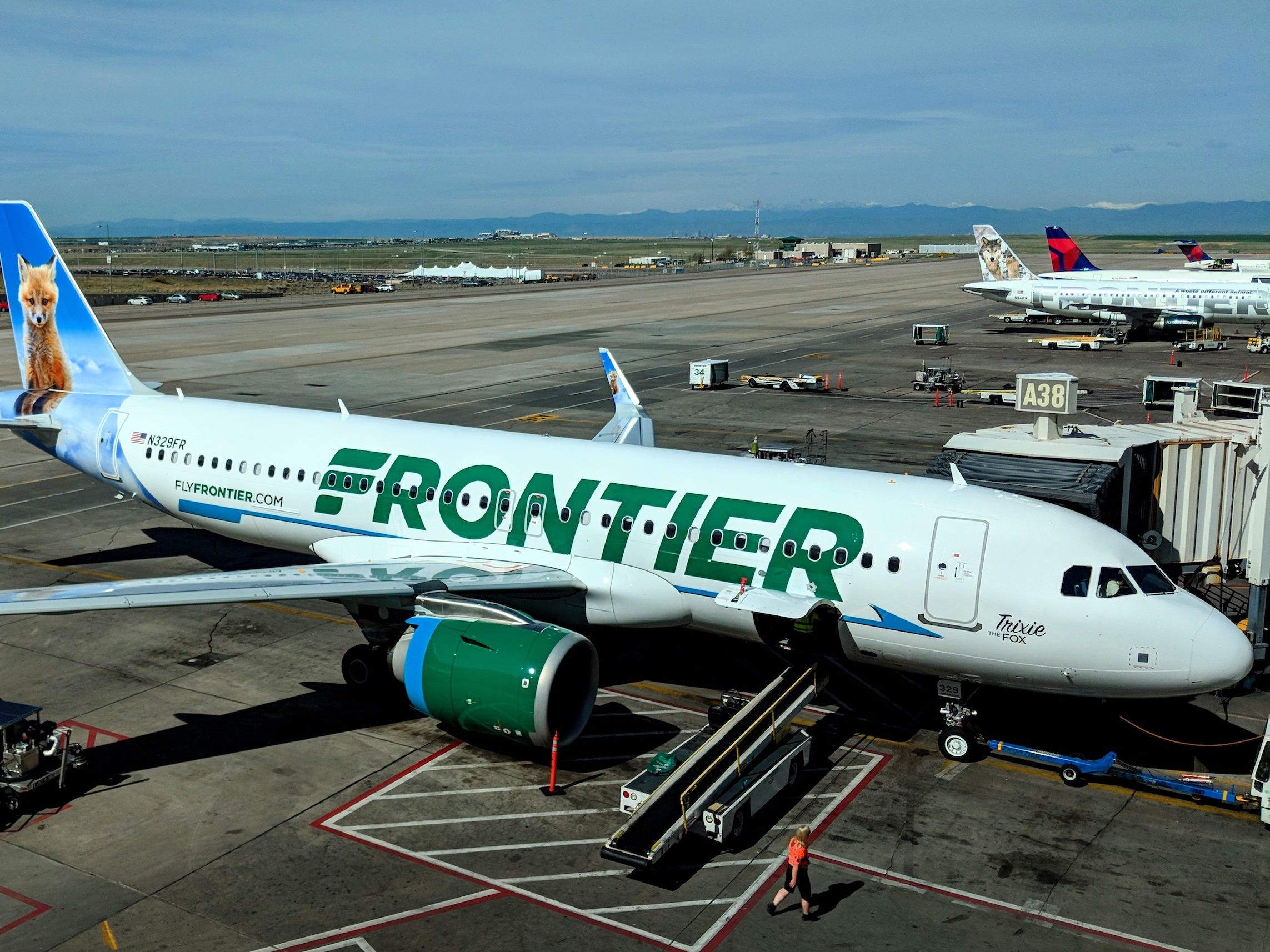 Frontier is not blocking all of the middle seats on its Airbus A320 family fleet but will be restricting around 20 seats on its aircraft from purchase until the end of August, which is shown on seat maps, the airline confirmed to Business Insider in an email. Face coverings are also required to be worn by all passengers and employees, according to its website.

The airline is also taking passenger temperatures at the gate and denying boarding to anybody with a reading of 100.4 degrees after two attempts. Passengers need also fill out a health declaration at check-in, affirming that they have had no contact with someone with a confirmed or suspected COVID-19 case, will wash or sanitize their hands before a flight, will check their own temperature before travel, and understand and agree to Frontier’s face covering policy.

The low-cost carrier is also disinfecting its aircraft by fogging through the use of an electrostatic sprayer. 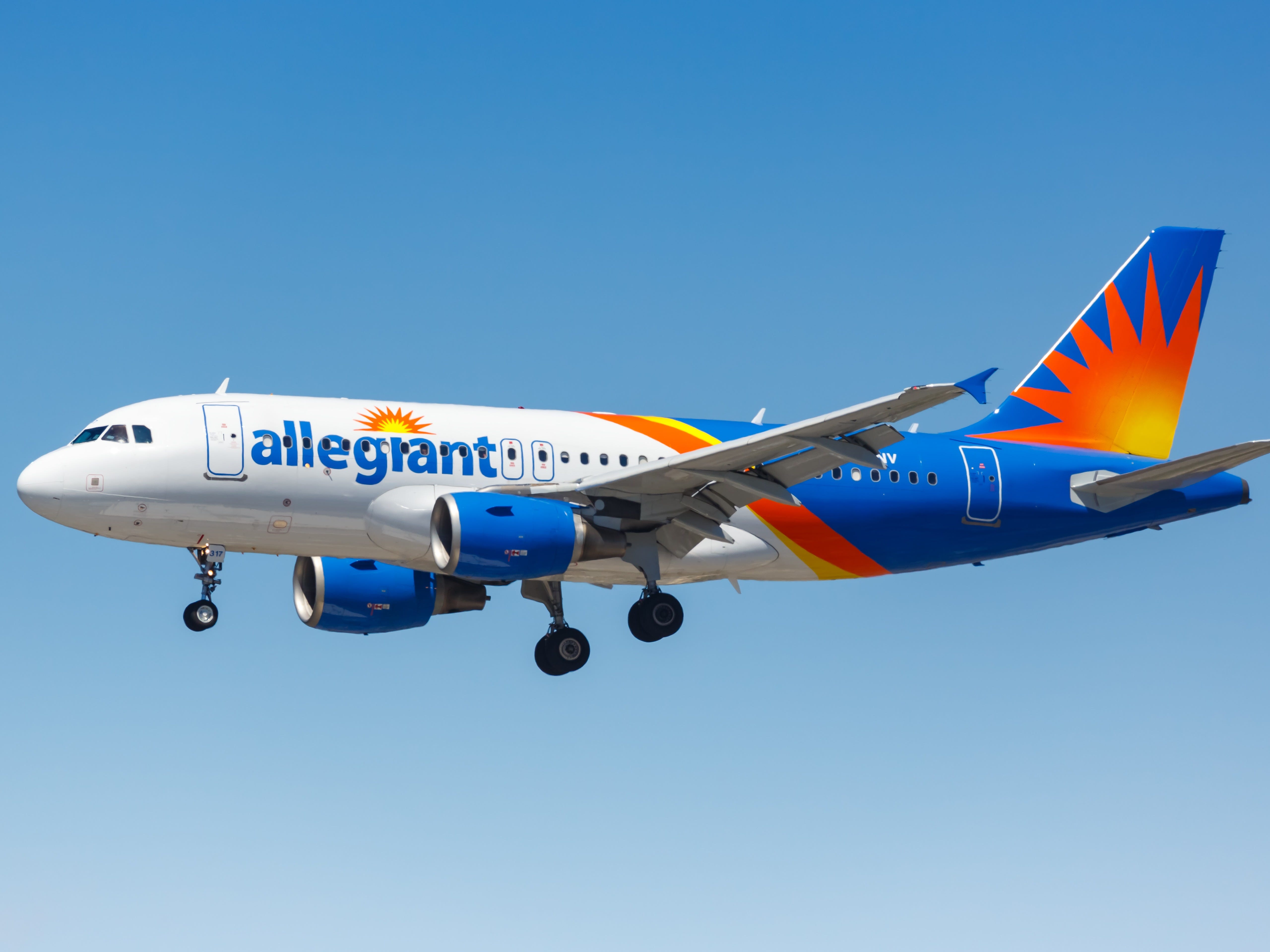 Allegiant is not blocking middle seats but is now requiring passengers to wear face coverings, according to its website. The airline’s website asks that passengers do not book the middle seat, except families travelling together, and that masks will be provided in an essentials kit that also includes non-latex gloves and sanitary wipes.

The ultra-low-cost carrier is also requiring passengers to fill out a health declaration. Allegiant’s website doesn’t specifically say whether it uses an electrostatic sprayer but does say an antimicrobial coating is regularly applied that protects surfaces for 14 days.

Passengers on flights that are greater than 65% full will also be given the option to be notified and offered rebooking options including receiving a credit voucher or changing their flight, though a fare difference will apply, an Allegiant spokesperson told Business Insider in an email. 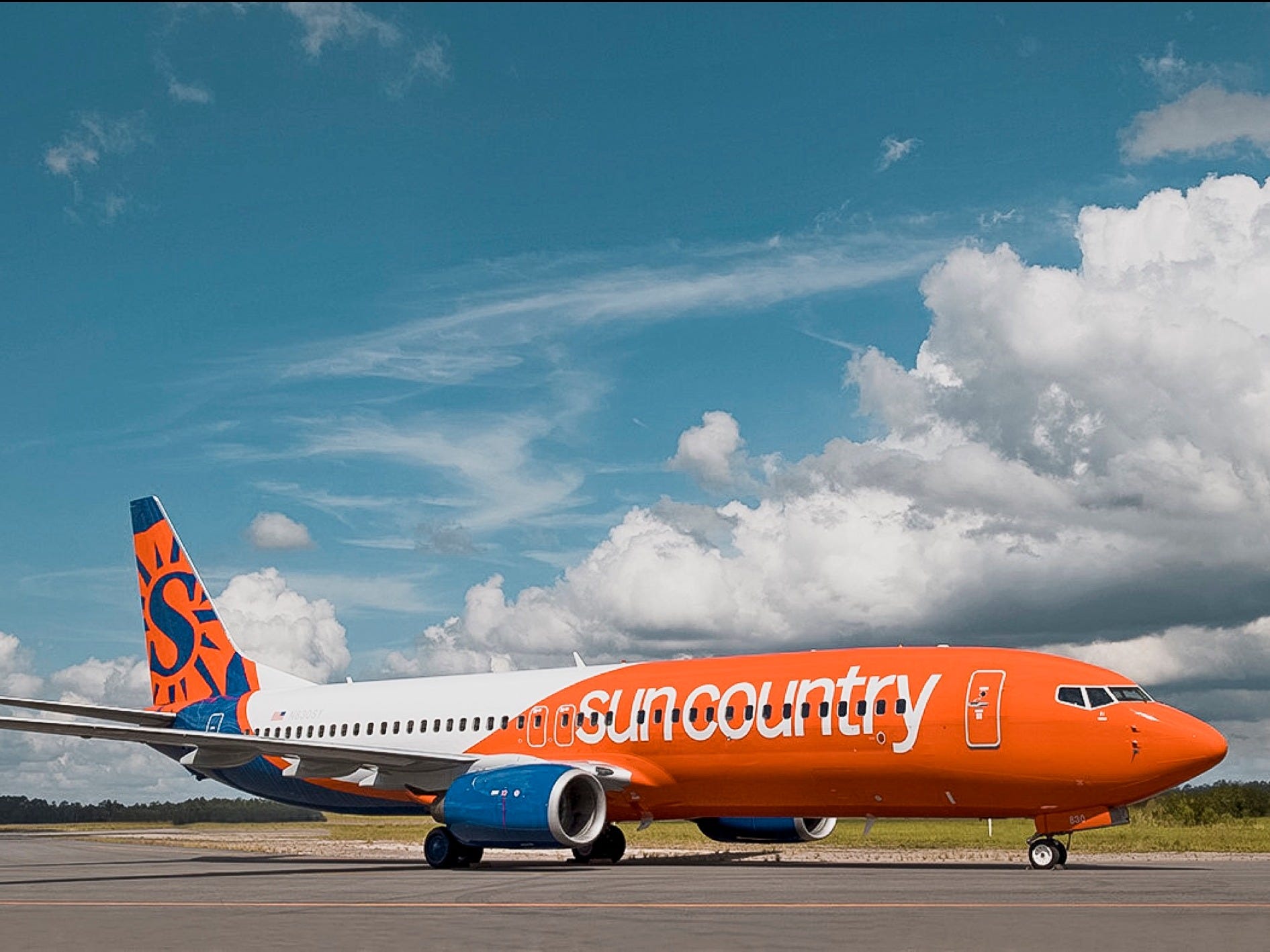 Sun Country is limiting available middle seats onboard its Boeing 737 aircraft, only assigning them when aisle and window seats fill up, with an exception for passengers travellers together, according to its website. Sun Country passengers are now be required to wear face coverings while onboard the company’s aircraft, with the airline on Monday reversing its policy that merely encouraged the practice.

The ultra-low-cost carrier’s website does not specifically say whether it disinfects aircraft through fogging and the use of an electrostatic sprayer but a disinfectant is applied every night and when an aircraft is sitting for more than two hours. Flights will also be boarded back to front.