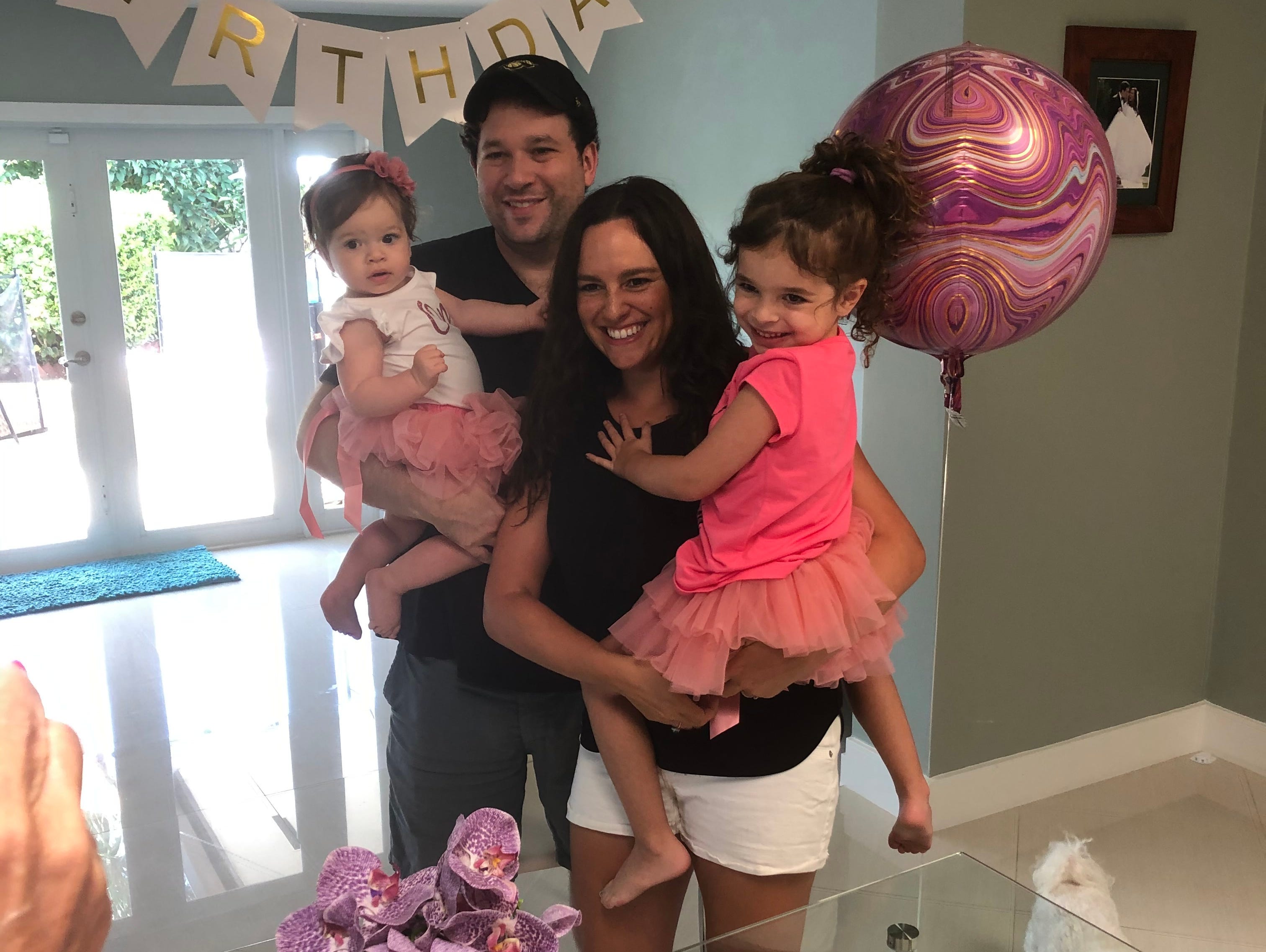 Alex TaubUpstream CEO Alex Taub and his family in their new Miami home.

I grew up in NYC on the Upper West Side; my parents still live there. Other than nine months spent overseas between high school and college, I’ve lived my entire life in Manhattan â€” most recently with my wife, two daughters, and our dog in the 60s on West End Avenue.

I run a startup called Upstream â€” we’re building the best way to grow your professional network. Users can join communities, give and get career help, attend events to meet other professionals, and spend meaningful time together; it’s what LinkedIn Groups would look like if it started today on your phone.

We’re a small team of four and had been in the initial stages of building the product, working out of an office in the West Village, when COVID-19 hit.

We stayed in New York until July.

Our apartment was right near Mount Sinai West and our building was home to a lot of the doctors, so unfortunately we got COVID-19 pretty early on (at the end of March). Once we tested positive for antibodies in April, we began to think about what the next few months or years might look like in the US.

Read more: Founders and VCs have spent this year secretly chatting on Upstream, a new social app where big name tech players like Andreessen Horowitz and Greylock Partners can network with users

We considered how officials weren’t taking it seriously as well as the difficulty of having our-four-year-old daughter doing pre-K on Zoom, a baby, and two full-time working parents in an NYC two-bedroom. (My wife works at an organisation called Disability In, which works with Fortune 500 businesses to achieve disability inclusion and equality.) It was hard to get anything done. We started to think about the winter and the cold weather and future lockdowns â€” and what we could do about it.

A lot of people we knew were sharing notes on what to do and where to go to get out of the city. Out of all the families in my daughter’s class, I think only one or two stayed; many just accelerated their inevitable moves to the suburbs.

We had Miami, Los Angeles, and Austin on the short-list â€” but to be honest, Miami was the only one we seriously considered.

We had gone to Miami on vacation back in February, so there may have been some recency bias, but we’ve simply always enjoyed coming here. We wanted a warm winter location and wanted to stay on Eastern Standard Time. We wanted to be able to get back to NYC quickly if we needed to, as our families are all still there. We’re Jewish, so we also wanted a good Jewish community within reach. No state tax and having our votes matter in an important presidential election were added bonuses, but they didn’t come into play as much when making the initial decision. 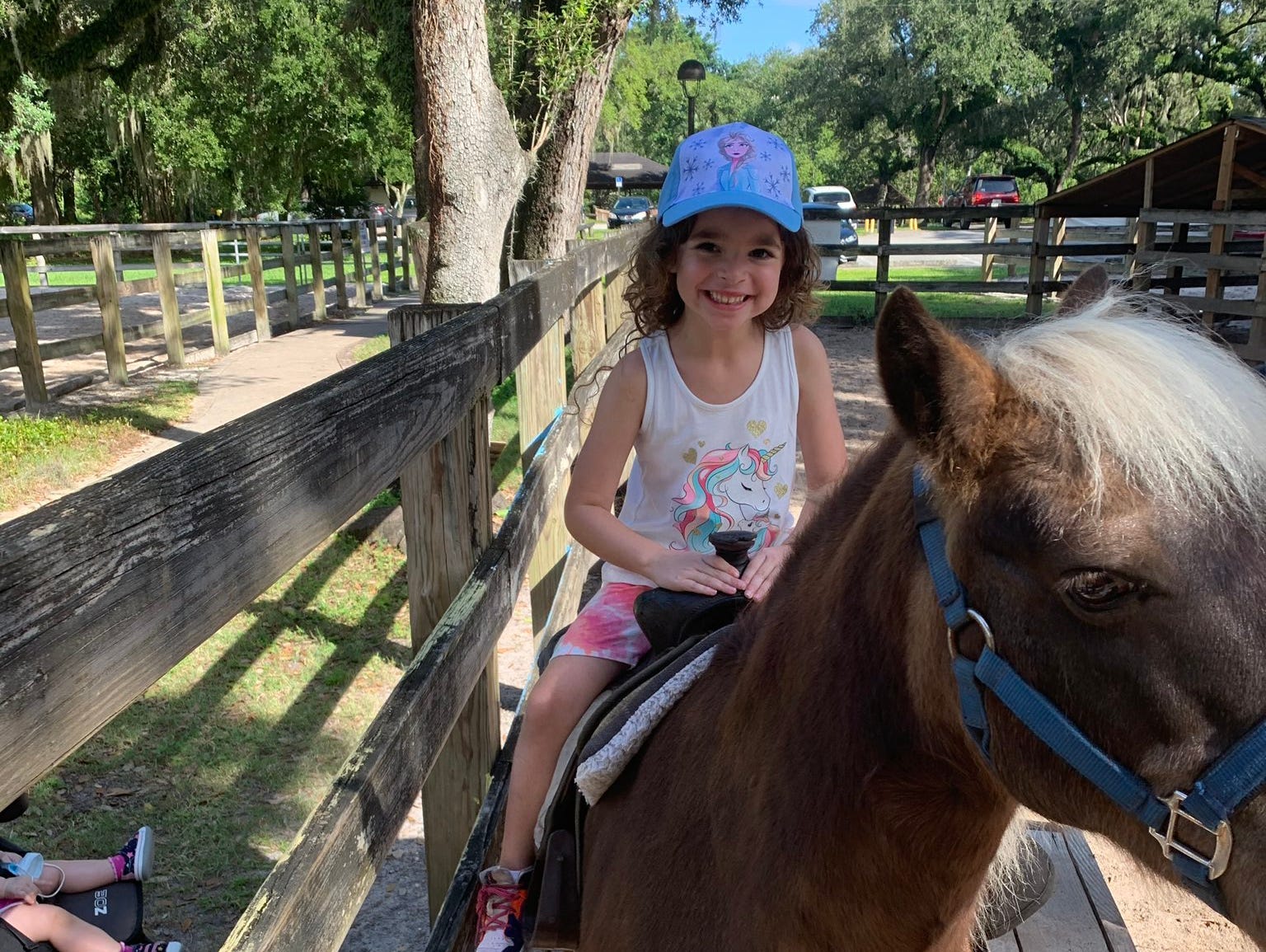 Alex TaubIn early November, Taub posted a picture of his daughter Keira enjoying a pony ride at an equestrian farm in North Miami, writing that, ‘After 84 and sunny today + winter about to bear down on NYC, I will publicly offer that anyone interested in coming to Miami can DM me for all the info I put together.’

We packed up our stuff and officially moved in July, locking down a one-year lease in North Miami. We found a place we liked on Zillow and had a local friend go see it while FaceTiming us. We had been renting in NYC, so we got out of our lease on July 1 and flew down to Miami the same day.

In Miami, we’re paying about the same we paid in NYC for a two-bedroom apartment, and here we have three to four times the space plus a yard and a pool. The new place was partially furnished, and we got movers to bring the rest of our stuff down, which took about 10 days. Once we got here, we rented a car, but after a month we took over someone’s lease from swapalease.com.

Some of our friends and family thought it was a smart move; others thought we were overreacting.

Time will tell. We thought that in the worst-case scenario, we’d have a fun adventure and people could visit us in the winter. Best-case scenario (but not for the world) would be that we were right and schools got shut down in NYC over the winter and we’d be better off here.

Not being near family is the toughest part, but even in NYC we could barely see family because of the lockdown, so it wasn’t much better.

It’s still early and I’m generally a positive guy, but as we start to hear about the weather getting colder in NYC and it being 80+ and sunny here, it feels like we made the right decision for our needs.

With the extra space and help, I can finally focus on work more. It’s been nice to have one kid in a nearby school and a full-time nanny to watch the baby, who’s now one year old, during the day. We found the nanny, who was already living in Miami, by posting on social media and getting a recommendation from a friend.

It also happens to be that Upstream is a business around virtual communities, so we are sort of eating our own dog food by being remote and me being in a non-tech hub city.

Read more: Inside the daily routine of BarkBox cofounder Henrik Werdelin, who starts his day with the ‘8 plus 1 method’ and doesn’t check email until lunchtime

It’s hard to have any semblance of a work-life balance when in the earliest stage of building a company.

But I try to bathe and put my daughters to bed every night, and I wake up and take my daughter to school every day. My wife and I are back to going out for a weekly date night, as restaurants are open in Miami. 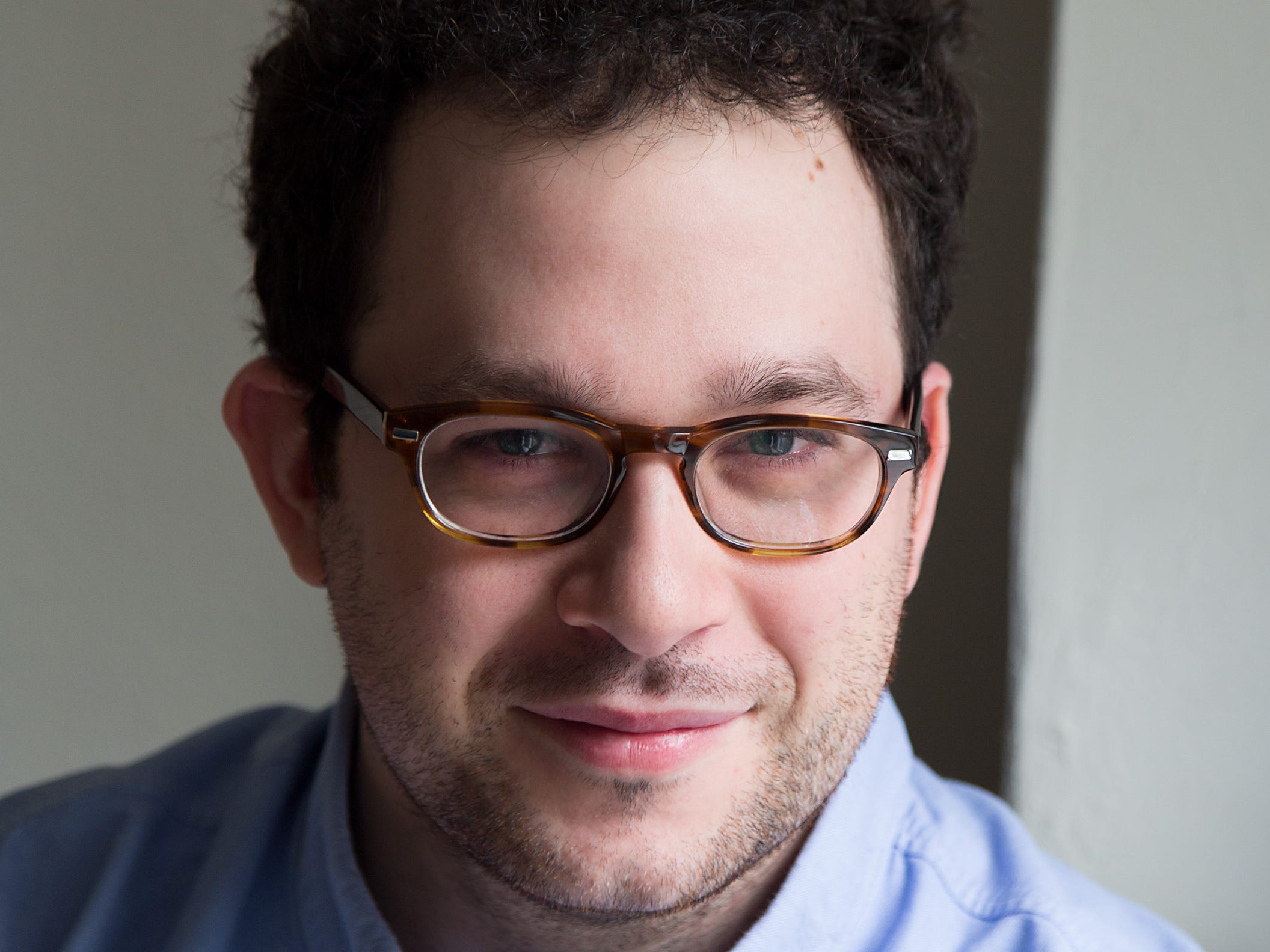 It’s hard not having family nearby. It’s hard to make friends when you move during a pandemic. It’d say those are the biggest issues.

Work-wise, I think I’ve had my most productive four months in a long time â€” mainly because of the lack of commute and distractions, and having a dedicated space in my home where I can get things done â€” so I can’t complain. Of course, mine are all champagne problems compared to what many others are experiencing during the pandemic â€” lack of work, health issues, losing loved ones. I know I’m lucky.

Over the next year or two, I think this trend of remote work will continue to accelerate.

Top talent will move to where they want to be because the best companies will hire the best people anywhere. We’re only four people right now â€” two cofounders, a designer, and a product lead â€” and we have employee No. 5 joining in two weeks to run community and growth. It’s opened my eyes to how we can build a great team remotely.

Since I posted on Twitter about my move to Miami, I’ve gotten a ton of interest via direct messages, emails, and texts, including some serious inquiries about moving here and how to go about it. I’ve already convinced a handful of people to move here and gotten a lot of other people asking if I can look at a place they found on some real estate website to see if it’s what’s being advertised.

I like to be involved in creating community â€” hence my business of Upstream â€” so I felt like whether or not we are here long term, which is still TBD, it would be great to help start something special.Alex Taub is the cofounder and CEO of Upstream, the best way to grow your professional network. He was previously the co-founder and CEO of SocialRank (acquired by Trufan) and led business development and partnerships for online integrations at Dwolla, a payments startup based in Iowa, and Aviary (acquired by Adobe), a NY-based startup that provides a photo editing API for web and mobile devices. He writes a popular blog called Alex’s Tech Thoughts and is the co-author of Pitching & Closing. Follow him on Twitter.