But, next month, an unprecedented residential drone delivery service will ease at least one part of life – picking up prescriptions from CVS.

UPS Flight Forward, which is UPS’ drone subsidiary, and CVS Health announced on Monday that they will launch a drone delivery service of prescription medications to The Villages. The service, beginning in early May, will use drones from Matternet, a Mountain View, California-based drone-technology company.

UPS and CVS made history in November when they made the first-ever drone delivery of prescription medications from a CVS retailer to a residential home in Cary, North Carolina. UPS got the first nationwide FAA approval for its drone airline in October.

Bala Ganesh, who is the vice president of UPS’s advanced technology group, told Business Insider on April 27 that the new service for residents of The Villages is an example of how drone deliveries can connect “high-risk populations” to urgent medications. 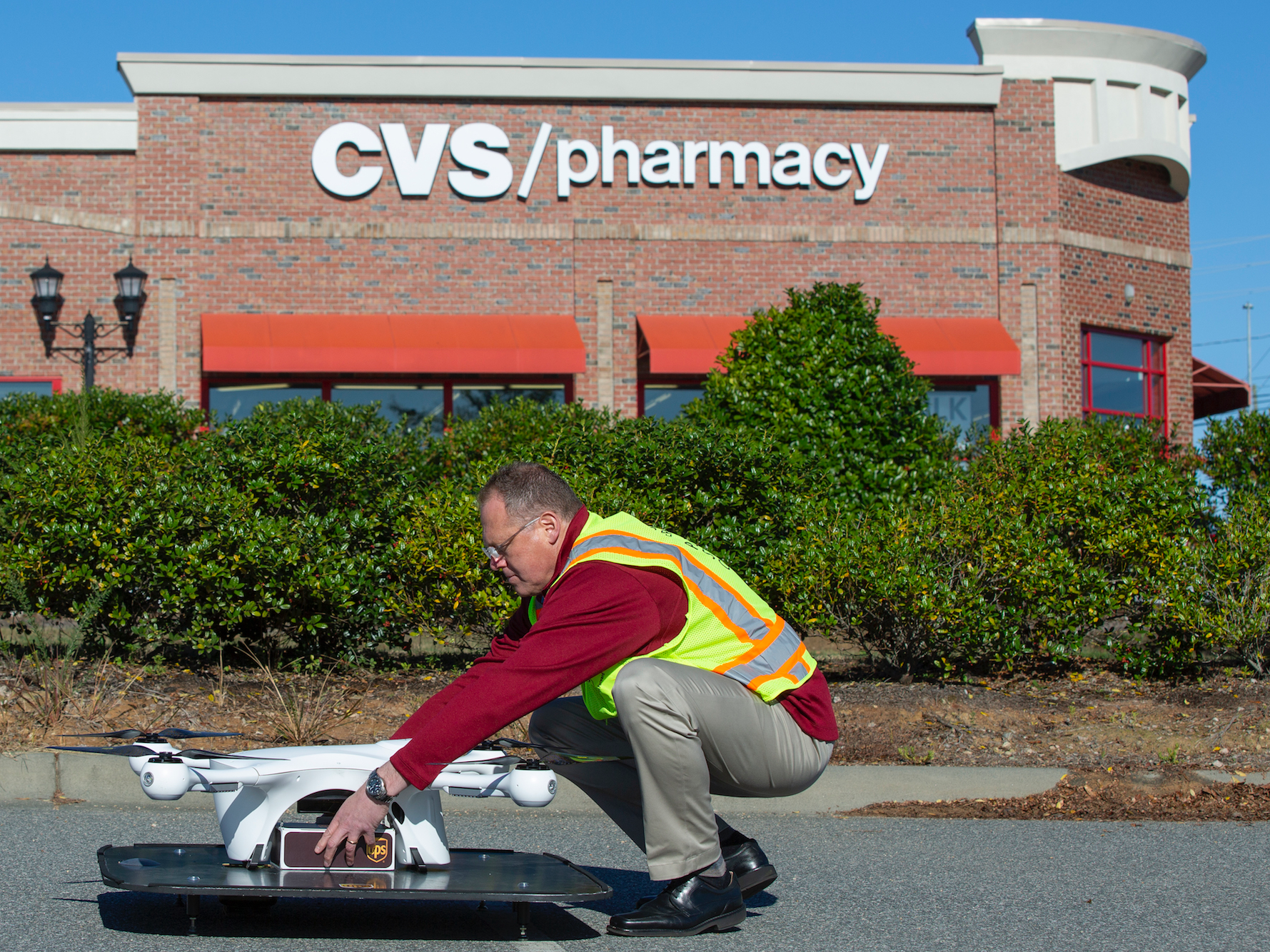 Courtesy of UPSAn employee prepares a drone delivery of CVS prescriptions to a consumer’s home.

And rather than a splashy, unsustainable drone delivery, Ganesh described the new UPS service as a “a continuation of our journey” to explore new use cases of drones – with regulator approval.

UPS launched its drone-delivery program with moving goods around a single hospital campus last year, and is now expanding that model to delivering goods from a retailer to a consumer. Since March of last year, UPS has conducted revenue-generating drone deliveries at the WakeMed hospital campus in Raleigh, North Carolina.

FedEx, Google, and UPS are pulling ahead in the race to dominate drone deliveries

This drone flight in Florida makes history in a way that other drone tests don’t, though. UPS and CVS will offer a regular service – indicating that residential drone deliveries are already going beyond PR stunts and patent fillings.

UPS is racing against rivals like Amazon, FedEx, and Alphabet’s Wing Aviation to lead the drone-delivery space. The ultimate goal: launch consistent, profitable drone deliveries to consumers’ homes and businesses.

Some may wonder what’s taking drones so long. It’s a costly service to research and launch. UPS’ first drone delivery service was a business-to-business application in the medical setting.

And the sluggishness in drone-technology adoption is due partially to government regulation. The BBC reported that governments worldwide were worried about the potential for “rogue drone use” and the safety concerns that could stem from drones malfunctioning and falling from the sky.

In 2018, the Department of Transportation took a major step in better regulating the commercial use of drones, announcing that 10 state, local, and tribal governments were approved to work with private corporations to test drone technology. The FAA previously slated that commercial drone sales will jump from 600,000 in 2016 to 2.7 million by 2020.

Uber, Alphabet, FedEx, UPS, and others all got into the exclusive program – though Amazon did not. 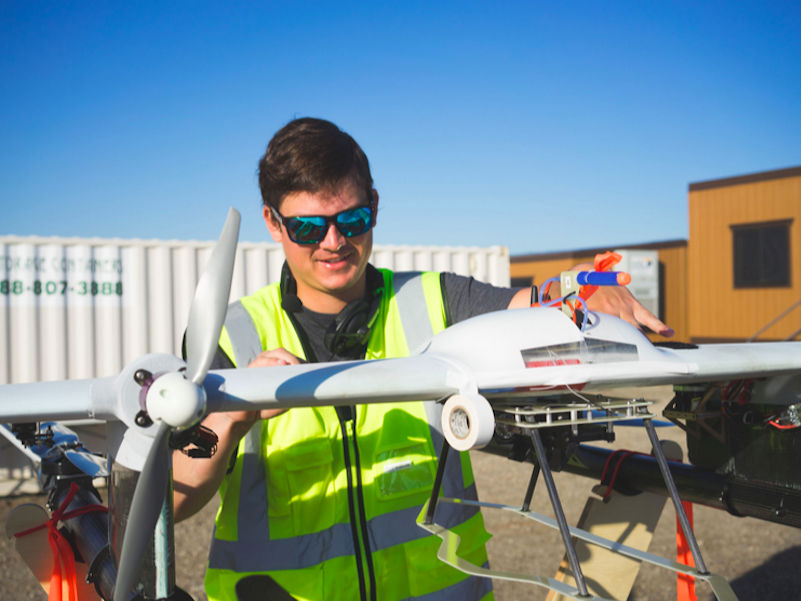 FedEx and Wing said in October that the duo completed America’s first residential delivery of commercial goods, delivering Walgreens orders to residents of Christiansburg, Virginia. In April 2019, Wing became the first airline approved by the Federal Aviation Administration to make commercial drone deliveries, though the licence was limited to the Christiansburg area.

Other techies are finding it more challenging than expected to launch trials or regular services.

Despite reports of “an army of increasingly sophisticated flying robots,” Amazon has yet to launch residential drone deliveries or announce any major trials. The mega-retailer told The Wall Street Journal in June 2019 that it would have a drone deliveries service “in months.”

Uber said it would start deliveries of McDonald’s orders “later this year” in June 2019, though further tests or a program have not been announced.

And while Walmart has indicated that it’s going all in on drone technology, the company has yet to announce a trial.