Universal mask-wearing could save 130,000 US lives before March, mitigating the worst of this 3rd coronavirus surge 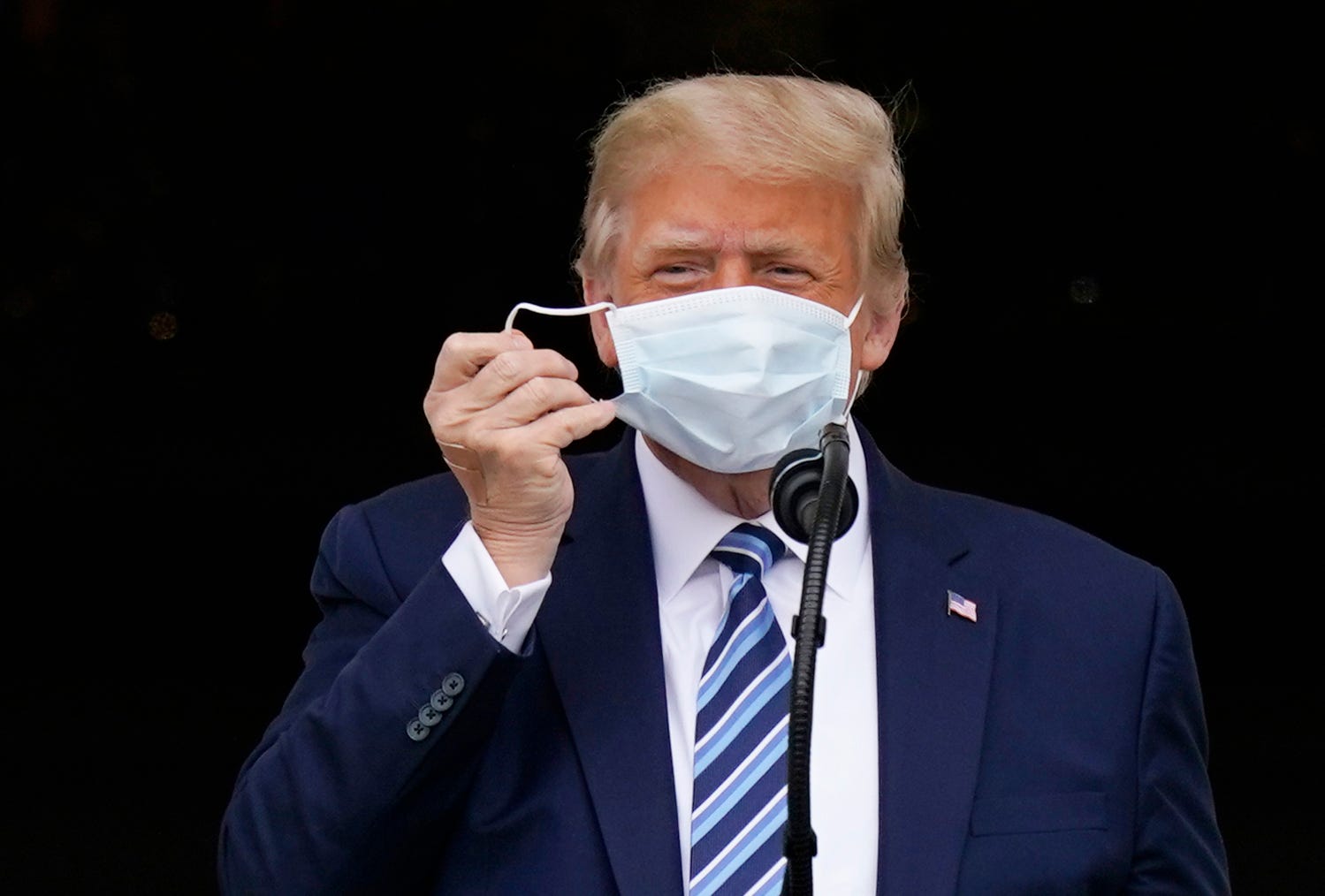 More than 60% of Americans say they always wear a mask in public, according to data compiled by the University of Washington’s Institute for Health Metrics and Evaluation (IHME). But more people will need to put one on if the US has any hope of mitigating its third major surge of infections.

The country’s daily coronavirus cases have risen more than 40% on average since the start of October, an ominous swing in the wrong direction as cold weather sets in.

A new model from IHME predicted the US’s total death count could surpass 511,000 by the end of February â€” more than double the number of COVID-19 deaths the nation has seen so far.

But if 95% of the country wore masks, nearly 130,000 of those lives might be saved, the researchers found. A new Columbia University report found that the Trump administration could have saved roughly that same number of lives already by replicating the public-health interventions that other nations adopted â€” including a universal mask mandate, swifter lockdowns, and a more cohesive national strategy for testing and contact tracing.

Even if 85% of the country started wearing masks, the IHME model found, about 96,000 fewer lives would be lost.

“Expanding mask use can be one of the ‘easy wins’ in the United States,” Christopher Murray, the director of IHME, said in a Friday press briefing. “It can both delay the reimposition of social-distancing mandates and can save many, many lives.”

His model suggests that nearly universal mask use could prevent most states from having to implement severe travel restrictions, close public educational facilities, shut down nonessential businesses, implement stay-at-home orders, or restrict large gatherings down the line.

Masks, the researchers wrote, have “the potential to save the most lives while minimising damage to the economy.”

A fall-winter surge could be our deadliest yet

The US is staring down what many experts think will be its worst spike in cases yet. All but four states have seen cases rise in the past two weeks, with the Midwest particularly hard-hit.

Some public-health leaders even expect this fall-winter surge to be deadlier than ones in the spring and summer.

Under the scenario that the IHME model considers most likely, states would lock down again once their daily deaths per capita reached eight out of every 1 million residents. The model predicted that 45 states would meet that threshold by the end of February, with the highest rates of infections in Arizona, New Jersey, and Louisiana.

But if masks were universally adopted, only nine states would hit that threshold before March, according to the model.

“If you increase mass use, you are going to delay that mandate reimposition and push out into the future â€” hopefully closer to when a vaccine is available â€” the surge that is likely to occur,” Murray said.

Preventing the outbreak entirely, though, is off the table, he added.

“It’s very difficult at the point where we are in the US, where there’s so much community transmission of the virus, to prevent some fall-winter surge, but we can certainly make it much smaller,” Murray said. “You’d need to have been New Zealand or Australia and really avoid widespread community transmission if you really want to avoid that surge entirely.”

Unlike many countries, the US faces an uphill battle in increasing the adoption of masks. Face coverings have come to be seen by some groups as a political statement instead of an effective public-health tool. Protesters across the country have rallied against mask mandates, saying they violate personal freedom.

“If you would speak with a normal random person in this town, wearing a mask is just unnecessary and stupid, and it’s been exaggerated by mainstream media and fake news,” Chloe Grey, a 24-year-old in Marion County, Florida, recently told Business Insider. 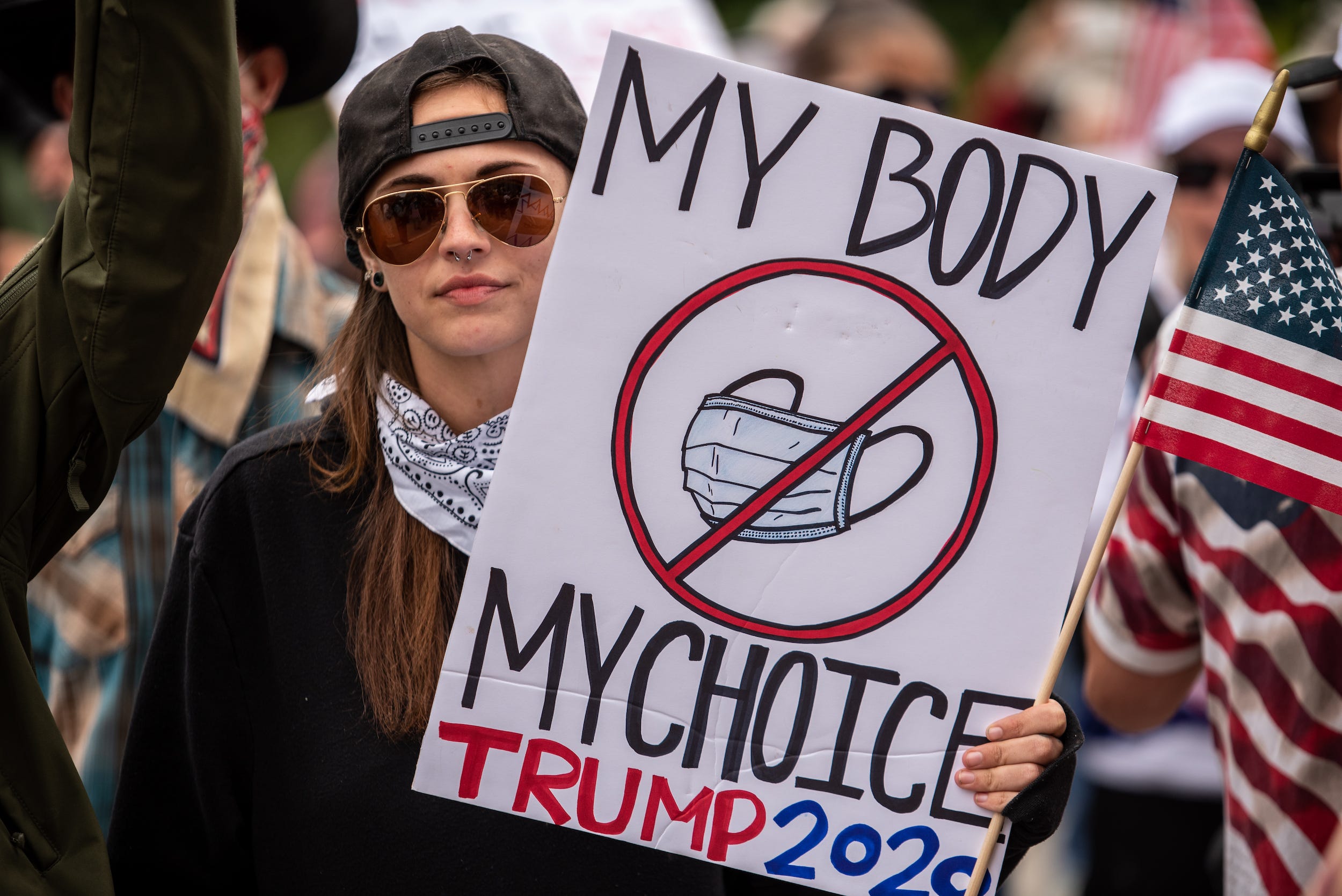 But some Americans, including former New Jersey Gov. Chris Christie, have changed their tune lately. After contracting COVID-19 in September, Christie said he regretted not wearing a mask to the White House’s Supreme Court nomination event for Judge Amy Coney Barrett.

“These minor inconveniences can save your life, your neighbours, and the economy,” Christie wrote in The Wall Street Journal after spending seven days in the intensive-care unit. “Seldom has so little been asked for so much benefit.”

Americans have already shown that masks can be universally adopted on a local level: A New York Times survey found that in New York, 99% of respondents in Flushing, Queens, were wearing masks in July, along with 97% of respondents in Park Slope, Brooklyn. Women in the survey were far more likely to wear a mask than men: The Times said it observed one in six women walking around without a mask compared with nearly one in three men.

A May survey from researchers at the University of California, Berkeley, and Middlesex University London found that US men were more likely than women to agree with the statements that wearing a face covering was “not cool,” “shameful,” and “a sign of weakness.” The survey also found that fewer men than women said they believed they would be seriously affected by the virus â€” though data shows that men are more vulnerable to severe outcomes.

This scepticism toward masks has been amplified by President Donald Trump, who has repeatedly framed mask-wearing as voluntary and has held numerous campaign rallies where masks weren’t required.

“The highest rates of people who choose not to wear masks are Republican men,” Ingrid Katz, an assistant professor at Harvard Medical School, told Business Insider. “It’s just become a political thing that should have never been political.”

She added, “It’s kind of unfathomable to me that we can’t be informed by science.”