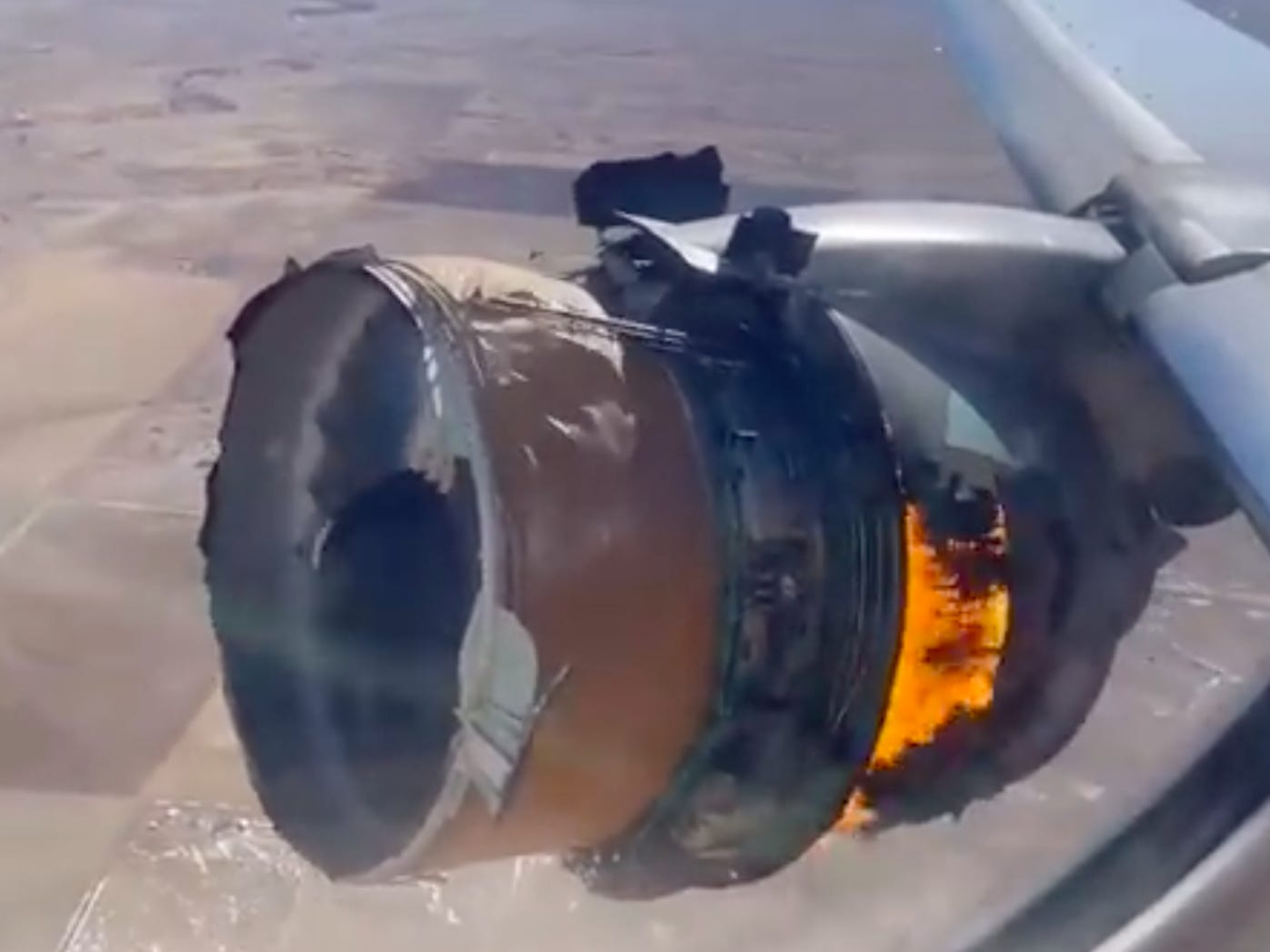 Two passengers who were aboard a United Airlines flight are suing the company after one of the plane’s engines caught fire in mid-air during a February flight.

Joseph McGinley and Jonathan Strawn who were traveling from Denver to Honolulu, are filing two separate lawsuits. Each claimed they suffered severe distress and trauma. Both are represented by Clifford Law and seeking $50,000 each for personal, emotional, and financial damages.

“The passengers on this flight thought it was going to be their last,” said Robert A. Clifford, founder, and senior partner at Clifford Law Offices in Chicago.

Clifford Law posted about the case on its website on Friday: “Imagine as a passenger looking out the window of a plane and helplessly watching the engine on fire. The terror you experience lasts a lifetime.”

The incident not only risked the life of the passengers aboard the flight but also the people living in Colorado neighborhoods below.

At the time of the emergency, a video was posted on Twitter showing the engine blasting up into flames after takeoff. Pieces of burning engine debris were also documented with one piece slamming into a resident’s home in Broomfield.

The plane, which was carrying 231 passengers and 10 crew members, was forced to return to Denver. No injuries were reported.

Clifford’s firm also represents the families of 72 passengers who died in a fatal Boeing 737 MAX crash in Ethiopia in 2019.