One-third of unemployment benefits have yet to reach Americans 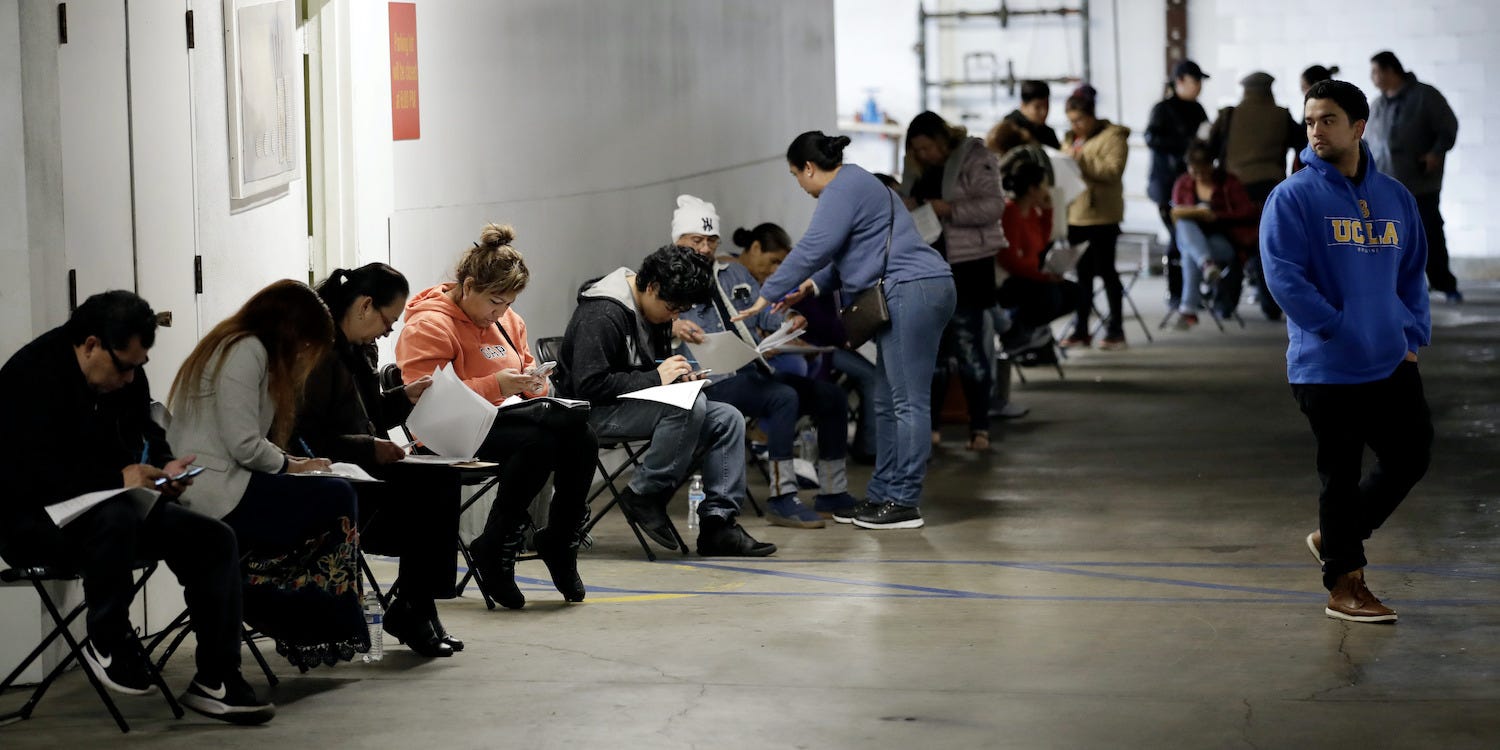 Nearly one-third of the record estimated unemployment benefits owed to Americans who have lost jobs due to the coronavirus crisis have not yet been paid, Shawn Donnan and Catarina Saraiva of Bloomberg reported Tuesday.

According to Bloomberg’s analysis, Americans should have received $US214 billion in unemployment benefits in the last three months through May. However, as of data published Monday, the Treasury has dispersed only $US146 billion for the time period.

That’s more money paid to unemployment benefits than during all of 2009, following the financial crisis, according to the report. Still, it leaves a roughly $US67 billion gap between what laid off workers expect, and what they have received.

That includes the additional $US600-per-week benefit passed by the White House to effectively pause the economy until it could reopen. What Bloomberg’s analysis shows is that for many, the money just hasn’t arrived.

The coronavirus pandemic has slammed the US labour market. Since sweeping lockdowns began in mid-March, nearly 40 million Americans have filed for unemployment insurance, and economists estimate that Thursday’s weekly initial claims report will show another 1.8 million claims. In April, the unemployment rate spiked to 14.7%, the highest since the Great Depression, and it’s slated to surge even higher in May.

States and some of their ageing unemployment systems have been struggling to keep up with huge inflows in claims, which jumped to millions per week suddenly in March.

Even weeks after sweeping layoffs began, there may still be backlogs of claims that still need to be processed. In Texas, 2.6 million claims have been filed since March, and the state had a backlog of nearly 650,000 that still needed to be verified at the end of last week, according to the report.

Bloomberg’s analysis doesn’t include claims stuck in overwhelmed systems, or benefits that need to be back-paid to the 7.8 million Americans that have filed under the Pandemic Unemployment Assistance program, signalling that the report’s calculation might be an underrepresentation of what unemployed workers are owed.

Going forward, economists are watching for signs that a recovery has started as states begin to slowly reopen and people are able to return to work. Leaders are also grappling with how to provide further stimulus -Democrats and Republicans are now debating whether or not to further extend the $US600 unemployment boost past July, or perhaps include separate benefits for people returning to work.

For workers who make less than $US50,000 annually, the expanded benefits are actually more than their previous take-home pay, which some argue is creating an incentive to stay home. But on the flip side, cutting the benefits could hurt millions of families that are depending on them, and make the economic recovery take longer, according to the report.


Read more:
A $US40 billion wealth-management firm says the US economy is only 19% recovered from the pandemic – and lays out a winning investing strategy in the wake of a massive stock-market rally.