'We're going to pull out all the stops:' A top Senate Democrat says he'll fight to include a $600 federal unemployment benefit in Biden's stimulus plan 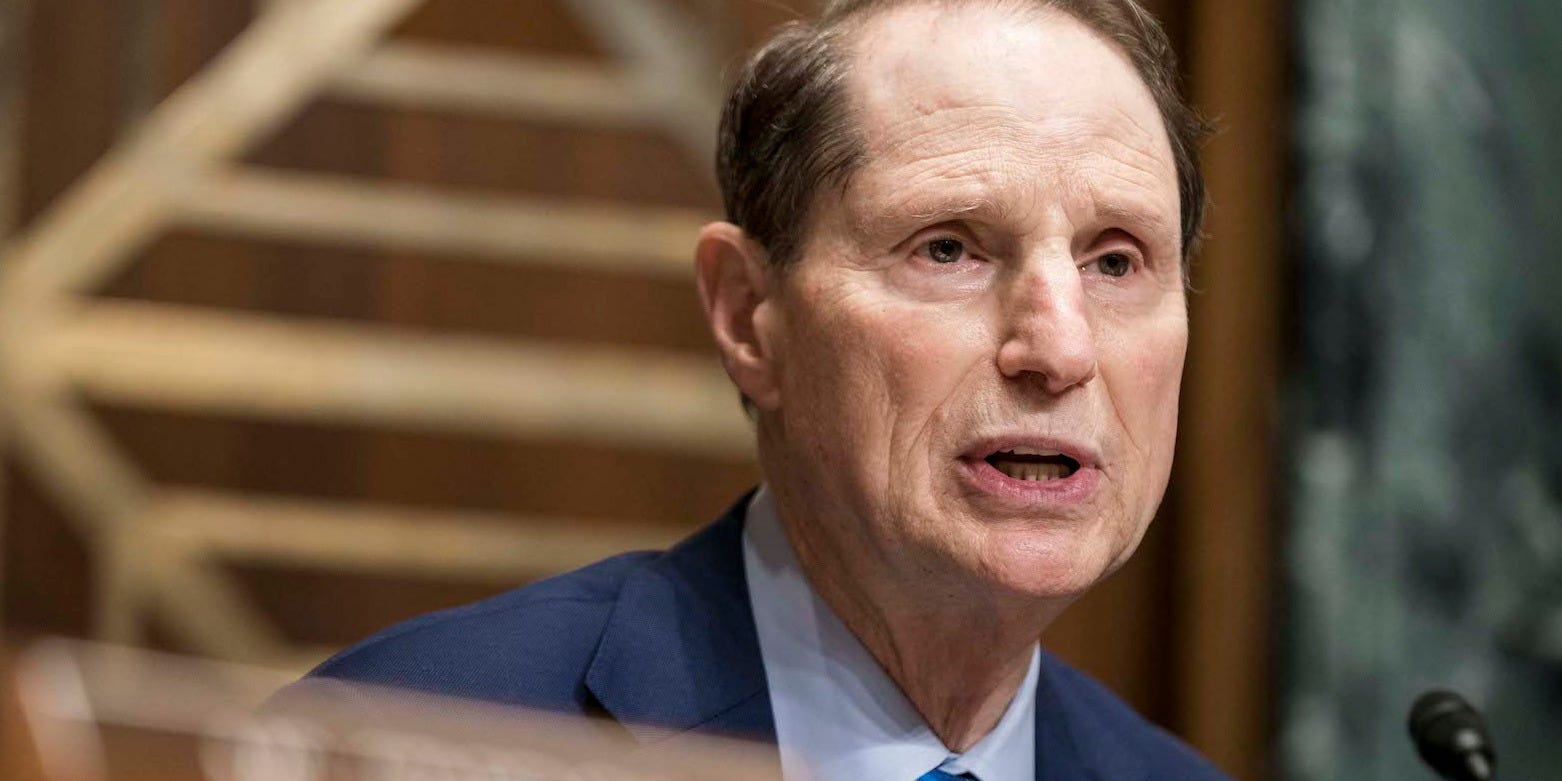 Sen. Ron Wyden of Oregon, the incoming chair of the ranking Senate Finance Committee, suggested on Thursday in an exclusive interview that elements of President-elect Joe Biden’s forthcoming economic rescue package could be modified during Congressional negotiations â€” particularly on enhanced unemployment insurance.

Wyden said he would press for a $US600 federal unemployment benefit, a top priority for him and some Senate Democrats. In December, the Oregon Democrat sponsored a plan along with Sens. Chuck Schumer (the incoming majority leader), Michael Bennet, Sherrod Brown, and Jack Reed.

“I’m going to push hard for what’s needed to get people through a very difficult circumstance” Wyden told Insider. “The president-elect served in the Senate, and he knows all of these issues are in negotiation.”

Wyden added that the latest data on jobless claims provided Democrats with “fresh ammunition” to get a $US600 federal benefit approved. Nearly 1.4 million people filed for unemployment last week, a 25% jump from the previous week.

“We’re going to pull out all the stops to get it passed,” he said.

Biden is set to unveil a multi-trillion dollar rescue package this evening in a major speech outlining his legislative agenda. It’s expected to include $US2,000 stimulus checks for Americans, federal unemployment benefits, vaccine distribution funds and aid for strapped state and local governments among other provisions.

Wyden’s remarks come as congressional Democrats start manoeuvring to include their priorities into Biden’s early legislative efforts. The amount of the federal unemployment supplement in the Biden rescue package remains unclear.

Congress recently approved a $US300 weekly benefit as part of a $US900 billion economic aid package, but it’s expiring in the middle of March.

Brian Deese, the incoming chair of the National Economic Council, said at a Reuters conference on Wednesday the new administration intends “to work on a set of ideas that Democrats and Republicans can support.”

But Democrats also eye passing large swaths of their agenda through a process called reconciliation without GOP votes. The procedure only requires a majority vote.

Swift action on the economy could be slowed down by a second Senate impeachment trial for President Donald Trump in the initial days of the Biden presidency. The House voted to impeach him on Wednesday for his role instigating a violent riot in the US Capitol last week which left five people dead.

Biden said in a statement on Wednesday evening he’s hoping lawmakers can strike a balance between impeachment proceedings and carrying out his agenda. Democrats are on the cusp of controlling the levers of power in Washington for the first time since Barack Obama’s first term.

“I hope that the Senate leadership will find a way to deal with their Constitutional responsibilities on impeachment while also working on the other urgent business of this nation,” he said.