'Whale shark, right behind you!': A photographer shares the thrilling moment he captured an award-winning image of a 40-foot shark 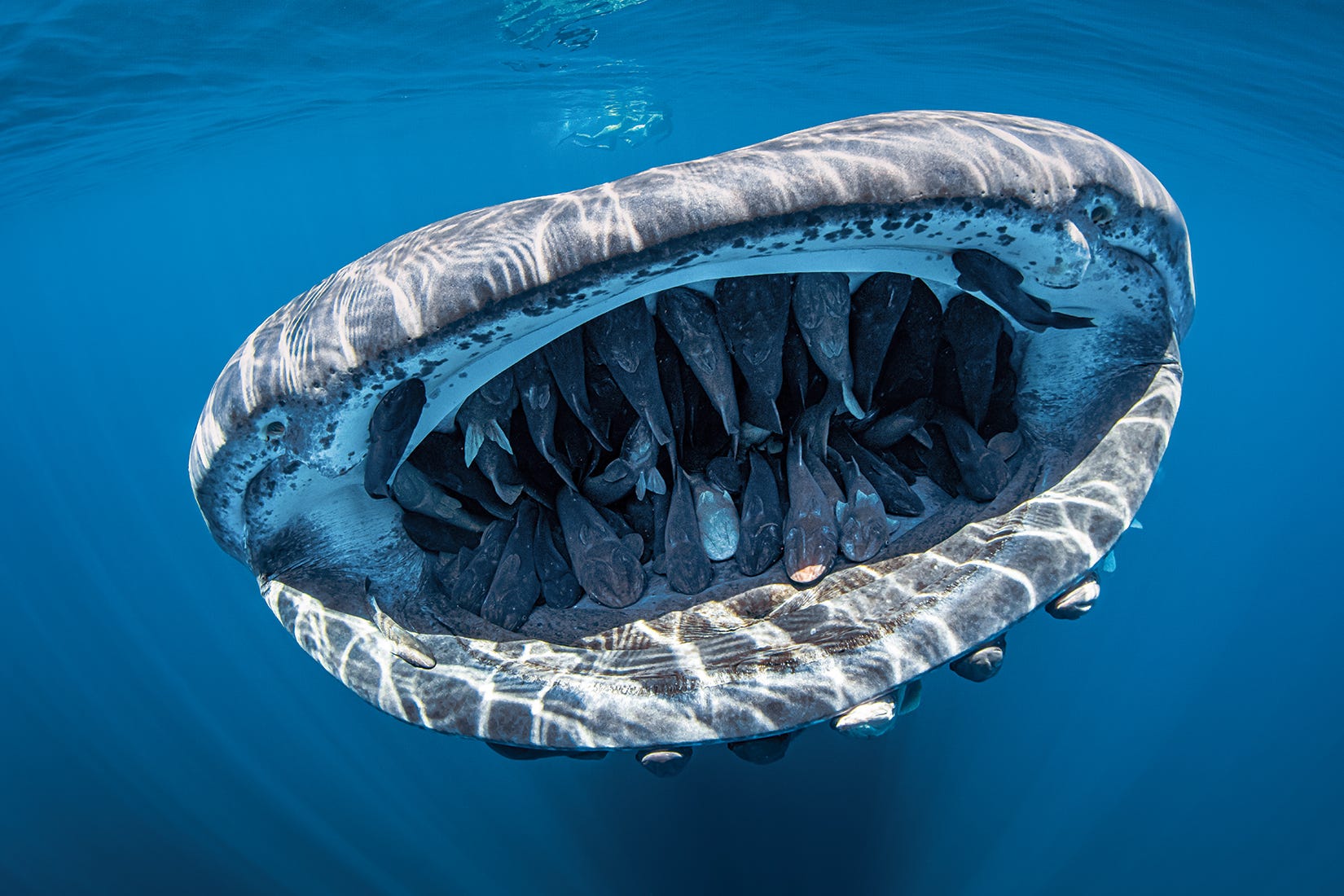 In June, Evans Baudin received a special permit to dive off the coast of Baja California, Mexico, to document how reduced marine traffic during COVID-19 was affecting marine life.

He ended up documenting more than he bargained for.

“After two hours in the water with a school of silky sharks near the surface, our boat captain yelled, ‘Whale shark, right behind you!'” he captioned a photo he managed to take of the 40-foot whale shark.

“The surprise was twofold when I discovered about 50 remoras peacefully enjoying a free ride in her mouth!” he added.

Whale sharks are the largest species of fish in the world, weighing in at around 20.6 tons and stretching to the length of a school bus, according to National Geographic. They are also endangered, making Baudin’s encounter even more extraordinary.

As the grand prize winner, Baudin won a diving trip aboard the Roatan Aggressor to the Mesoamerican Barrier Reef System, the world’s second-longest barrier reef located in the Bay Islands of Honduras.