Unclear US presidential election is a problem for investors betting on a bigger stimulus package, JPMorgan says

An unclear US presidential outcome is problematic for investors betting on a bigger stimulus package, JPMorgan said on Wednesday.

The inconclusive results so far reveal how evenly divided the US electorate remains after one of the most unusual presidential campaigns in modern history, JPMorgan strategist John Normand said.

The new US Senate hangs in the balance as Democrats and Republicans were stuck in gridlock as of early Wednesday. “The Congressional count so far has already become a spoiler” for investors betting on large-scale government spending in early 2021, Normand said.

Over the past two decades, four of seven elections were won by candidates who gained less than 50% of the popular vote, reflecting the fluidity of such races when the electorate is fairly evenly divided, he said.

Iconiq Capital, which counts some of the world’s most influential families as clients, broke down the investment implications of the US election. Here are the highlights of its 23-page presentation. 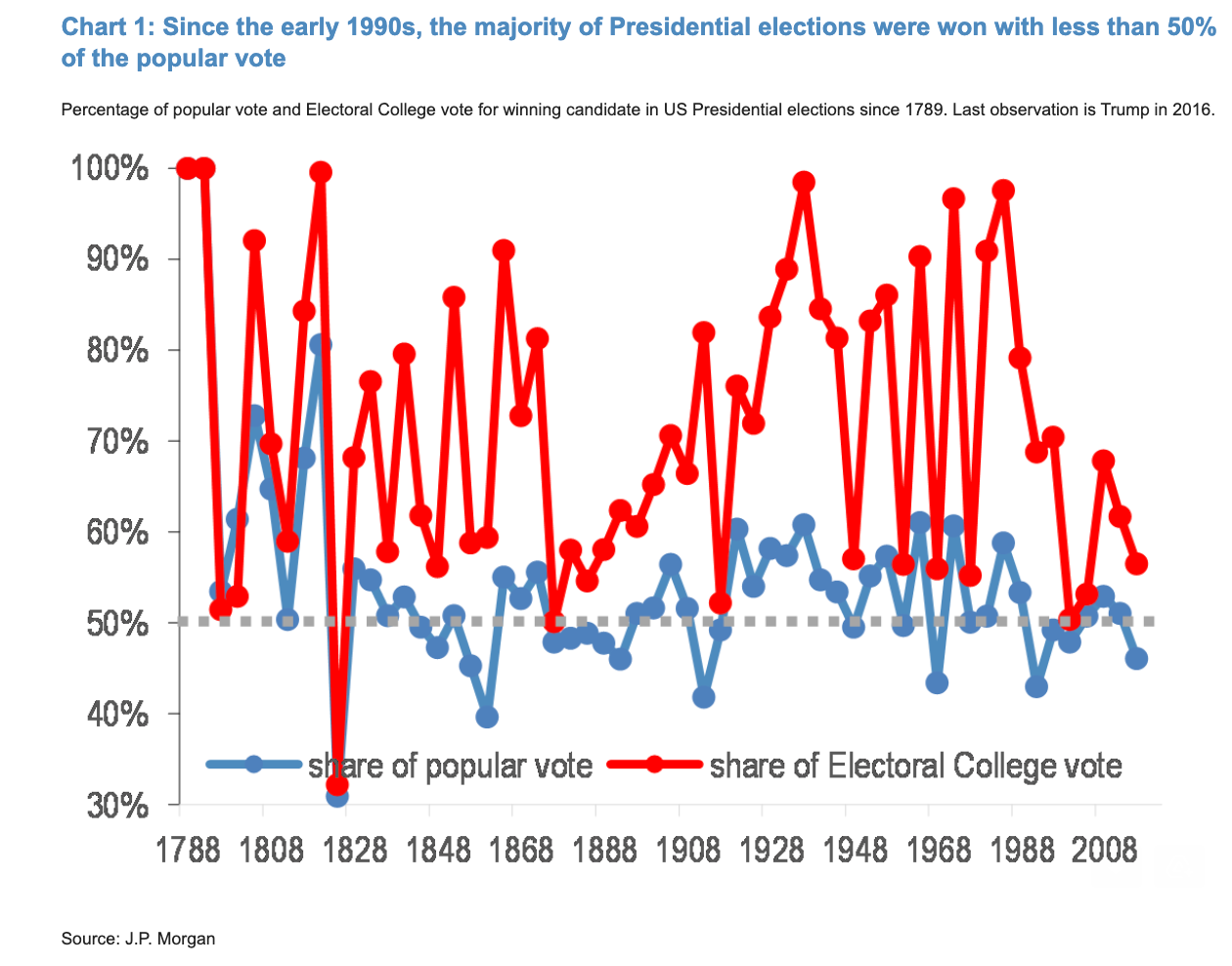 If the Democrats were to pick up the second open Georgia seat in the January run-off election, the Senate seems biased to remain Republican, which means the stimulus issue would still be a problem, Normand said.

Resistance to transformational policies is great news for those who believe government inaction translates to favourable asset prices in the medium-term, but is largely problematic for investors expecting to see a fiscal splurge next year, he said.

According to the bank, there were no strong commitments to rotations based on a regime change in fiscal policy.

“In equities, several Blue Wave/Biden-as-President rotations had gathered pace in October â€” from growth to value, defensives to cyclicals and US to Asia â€” but gains on each of them over the past month had been too small (2% to 5%) to suggest strong commitment to rotation,” Normand said in a note.

Markets were said to be pricing in a clear Biden victory until recently. The investment bank previously said that a Biden win and a split Congress would be the worst outcome for stocks as that would prolong the ongoing stimulus stalemate.


Bond king Jeff Gundlach predicts a Trump win, but with ‘far less conviction’ than in 2016. He and famed economist David Rosenberg share their picks for the best and safest areas to invest in a post-election world.