Ukrainian President Volodymyr Zelensky, a key figure key to the impeachment of US President Donald Trump, has been hospitalized with COVID-19.

A spokeswoman for Zelensky told the Reuters news agency on Thursday that he was in a hospital, though she described his condition as “nothing serious.”

Zelensky, who is 42, announced on Monday that he had tested positive for the coronavirus. He wrote on Twitter that he would self-isolate and take vitamins and that “It’s gonna be fine!”

There are no lucky people for whom #COVID19 does not pose a threat. Despite all the quarantine measures, I received a positive test. I feel good & take a lot of vitamins. Promise to isolate myself, but keep working. I will overcome COVID19 as most people do. It's gonna be fine!

The spokeswoman said of his health on Thursday: “There are better conditions for patients [in the hospital]. Nothing serious.”

According to Reuters, the country’s finance minister, its defence minister, and a top aide to Zelensky were also said to be infected.

Zelensky played a pivotal role in recent US politics, thanks to a phone call from Trump in July 2019 in which Trump pressured him to investigate the activities of Joe Biden and his family in Ukraine.

Critics argued that this showed Trump abusing his power. The call led to Trump’s impeachment by the Democratic-controlled House of Representatives in December.

He was acquitted by the Republican-controlled Senate in January.

Biden went on to beat Trump in the presidential election last week.

The country’s number of coronavirus cases reported daily has risen over the course of the pandemic and is now at an all-time high.

Other world leaders have also tested positive for the coronavirus, including Trump and UK Prime Minister Boris Johnson. Both were also hospitalized but later recovered. 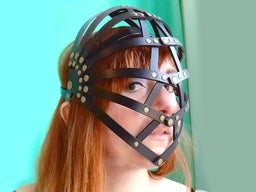