British grocery chain Tesco saw online sales jump 48% in the three months to May. It has been the 'port of call' for many UK customers during the pandemic, one analyst said. 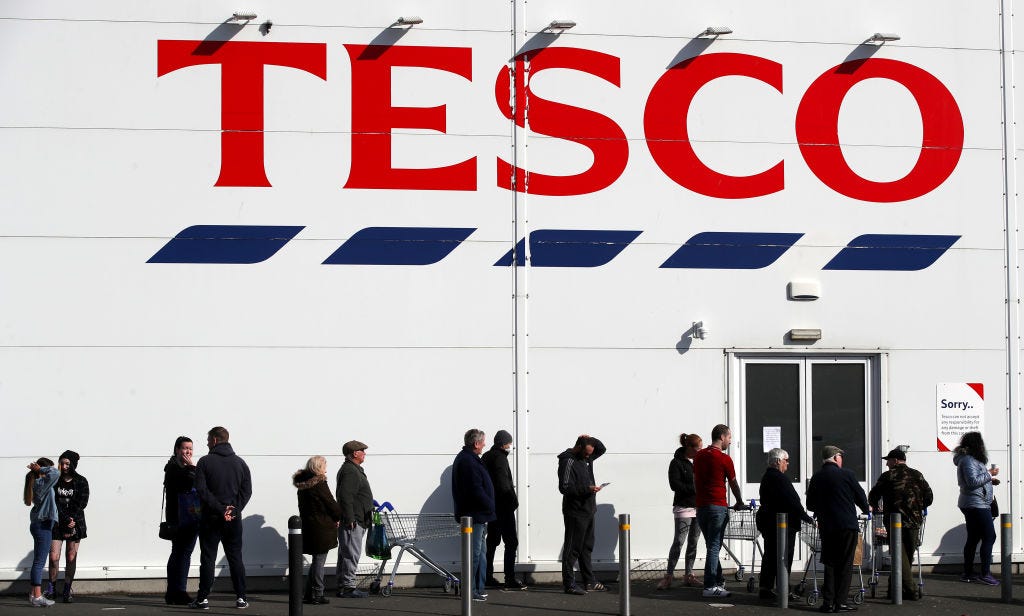 British supermarket Tesco posted a 48% jump in UK online sales over the three months to May, and doubled its online capacity over the same period.

It received 1.3 million orders per week over the quarter, compared to 600,000 over the same period last year.

In May alone, Tesco’s online sales surged by more 90%.

“In just five weeks, we doubled our online capacity to help support our most vulnerable customers and transformed our stores with extensive social distancing measures,” chief executive Dave Lewis said in a press release.

However, the retailer said it faced signifcant costs associated with the growth of its online business, and that these were only partly offset by business rates relief and increased sales.

Tesco also presented a first-quarter online market share of 33.5%. Ocado Plc, its main competitor, was at 15.7%.

As consumer spending shifted to supermarkets, Tesco was the “port of call” for many, said Thomas Brereton, a retail analyst at GlobalData. “Tesco appears to be gearing up for an all-out price war with the discounters that have eaten away at its market share over the past decade.

Prior to COVID-19, the retailer had developed its supply chain to give it a competitive edge against peers, who prioritised investment in other areas, Brereton said.