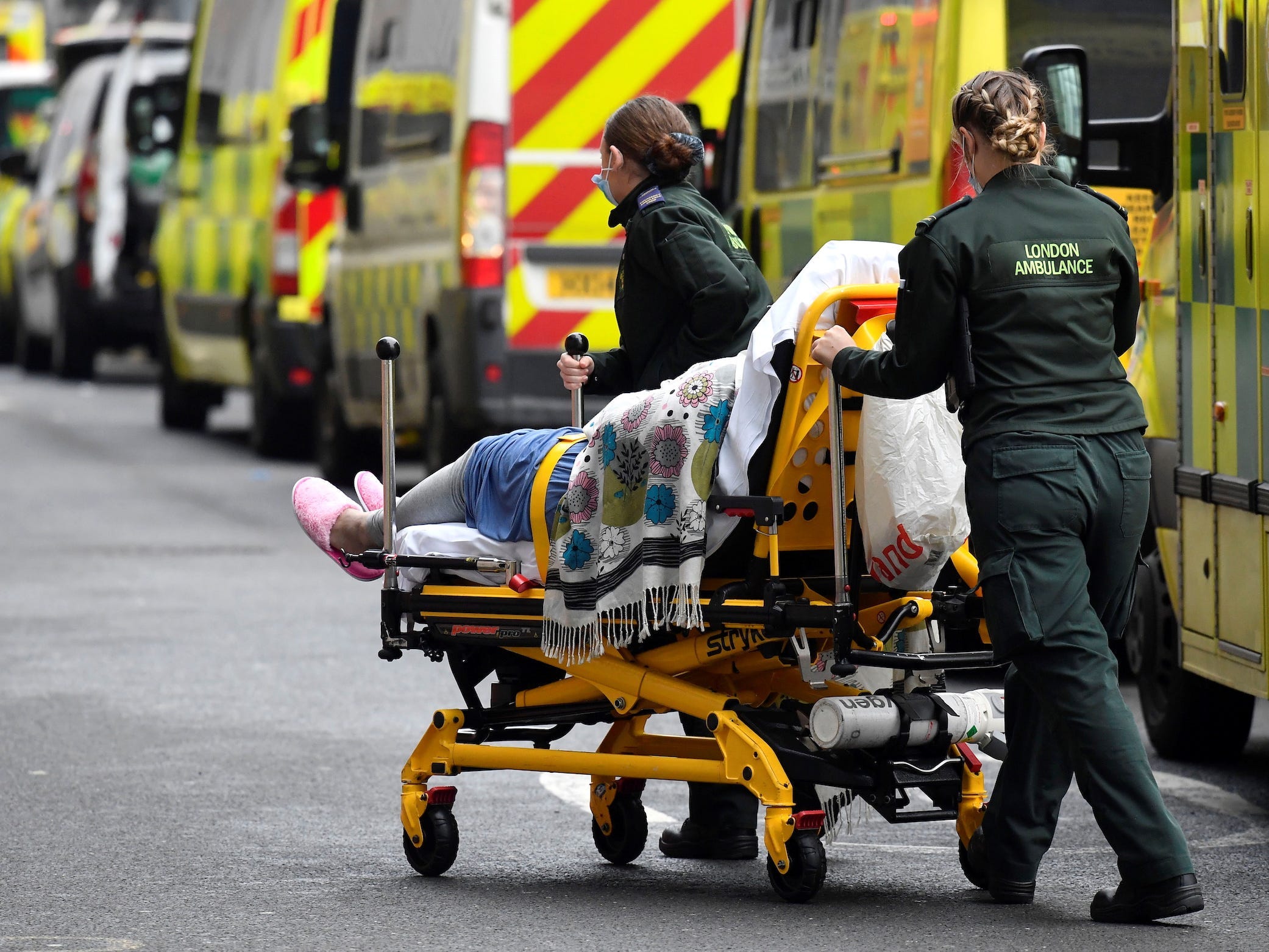 Toby Melville/ReutersMedical workers bring a patient out of an ambulance outside Royal London Hospital, in London, Britain, January 15, 2021.

In the UK, people with learning disabilities have been told that healthcare workers will not attempt to save their lives with CPR if they succumb to COVID-19, according to an advocacy group.

Mencap, a UK charity advocating for people with learning disabilities, said that in January it was still receiving reports of people being told that they would not be resuscitated if they fell ill from COVID-19. Mencap said it seemed that these orders were given simply because of the patients’ learning disabilities, The Guardian reported on Monday.

Such “do not attempt to resuscitate” orders (DNARs or DNACPRs) instruct healthcare workers not to attempt CPR if a patient stops breathing or if their heart stops beating. Doctors usually administer these orders after discussing the option with the patient or their caretakers. However, England’s Care Quality Commission reported in December that some people had received DNARs in the spring without their knowledge or consent.

“It’s unacceptable that within a group of people hit so hard by the pandemic, and who even before COVID died on average over 20 years younger than the general population, many are left feeling scared and wondering why they have been left out,” Mencap CEO Edel Harris told The Guardian.

“This is eugenics and it is revolting,” US virologist Angela Rasmussen said on Twitter.

The Care Quality Commission is set to publish a report on its investigation into “inappropriate” DNARs in the coming weeks. The commission has said that its investigation focuses on older people and people with learning disabilities, since they may have been disproportionately affected by the practice.

For now, it’s unclear how many people have been given inappropriate DNARs since the pandemic began, or how many of these orders persist today.

“Whilst we continue to receive reports about DNARs being misused, we want to reassure you there is no evidence of this still being a widespread practice,” Mencap said on Twitter after The Guardian published its story. “But historical DNARs could remain on people’s files that they still may not be aware of.”

In another report, Public Health England found that people with learning disabilities in the 18 to 34 age group were 30 times more likely to die from COVID-19 than their peers who don’t have disabilities.