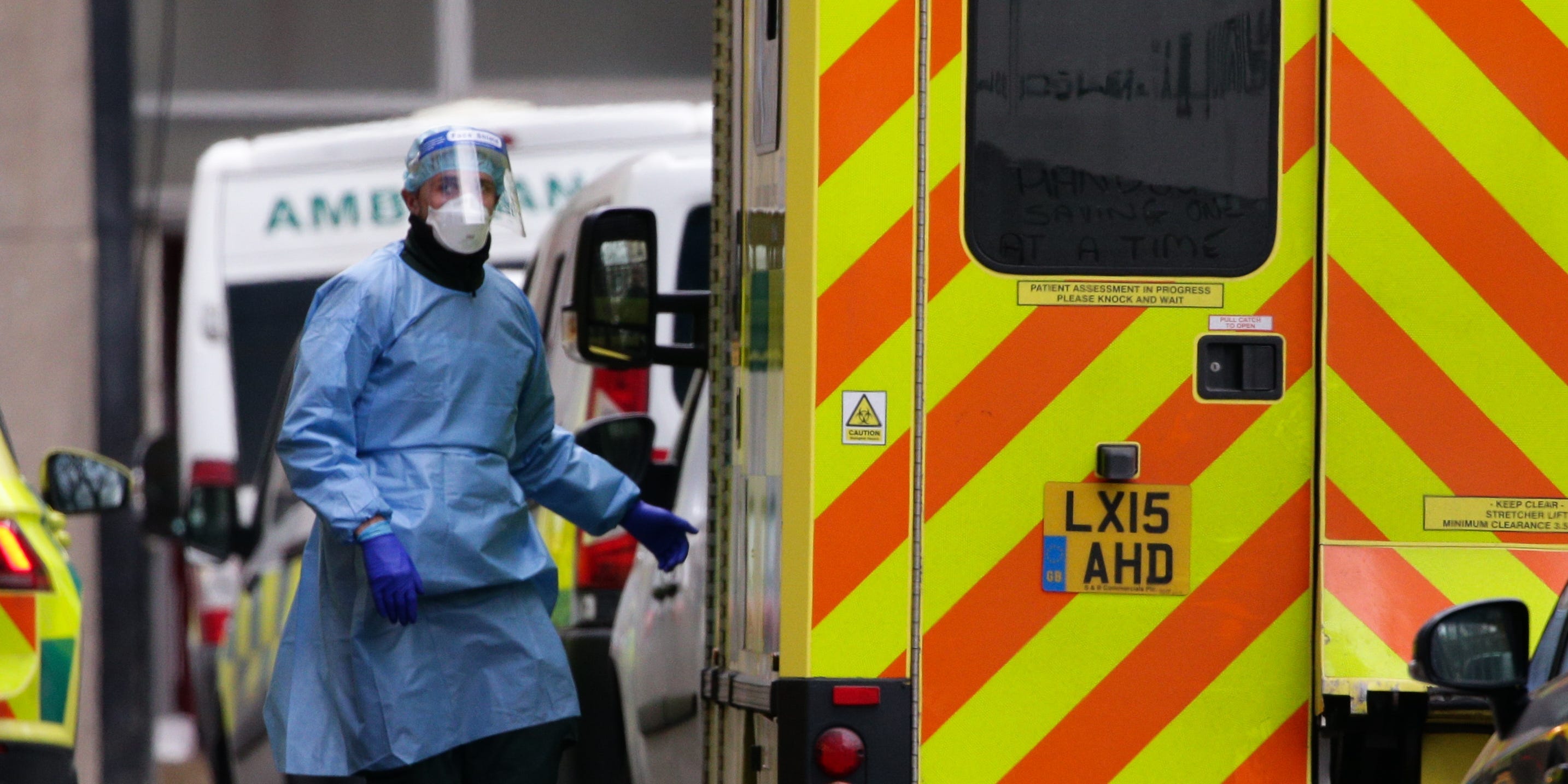 David Cliff/NurPhoto via Getty ImagesA medic walks beside an ambulance at the Royal London Hospital in London, England.

Hospitals in the UK are so overwhelmed with COVID-19 that the government is starting to discharge patients early and transfer them to hotels, The Guardian reported.

The UK is experiencing its worst moment of the pandemic, with the number of people in the hospital at its highest in the pandemic. More than 35,000 people are currently hospitalized with COVID-19 as of Tuesday,according to the BBC.

As a result, the NHS has launched a “home and hotel” plan to create room for emergency cases or new admissions in hospitals, and to stop parts of the health service from imploding, The Guardian and the Evening Standard reported.

That plan would see thousands of hospitalized patients discharged early to hotels or back to their own homes, The Guardian reported.

King’s College Hospital in south London has already started moving some homeless COVID-19 patients to rooms at a hotel operated by the London Hotel Group in nearby Croydon, the newspaper reported.

These patients have recovered or are recovering from COVID-19 and do not need specialist medical attention, a LHG spokesman told the Evening Standard.

REUTERS/Hannah McKayAmbulances line up outside the NHS Nightingale Hospital in London on January 2, 2021.

The London Hotel Group, which manages a collection of hotels across the capital, has already offered to provide the NHS with beds for at least 5,000 patients, the newspaper said.

Asked Wednesday about reports of hotels being used to house patients, Matt Hancock, the UK health secretary, told Sky News that “in some cases, people need step-down care, they don’t actually need to be in a hospital bed.”

“We’d only ever do that if it was clinically the right thing for somebody.” 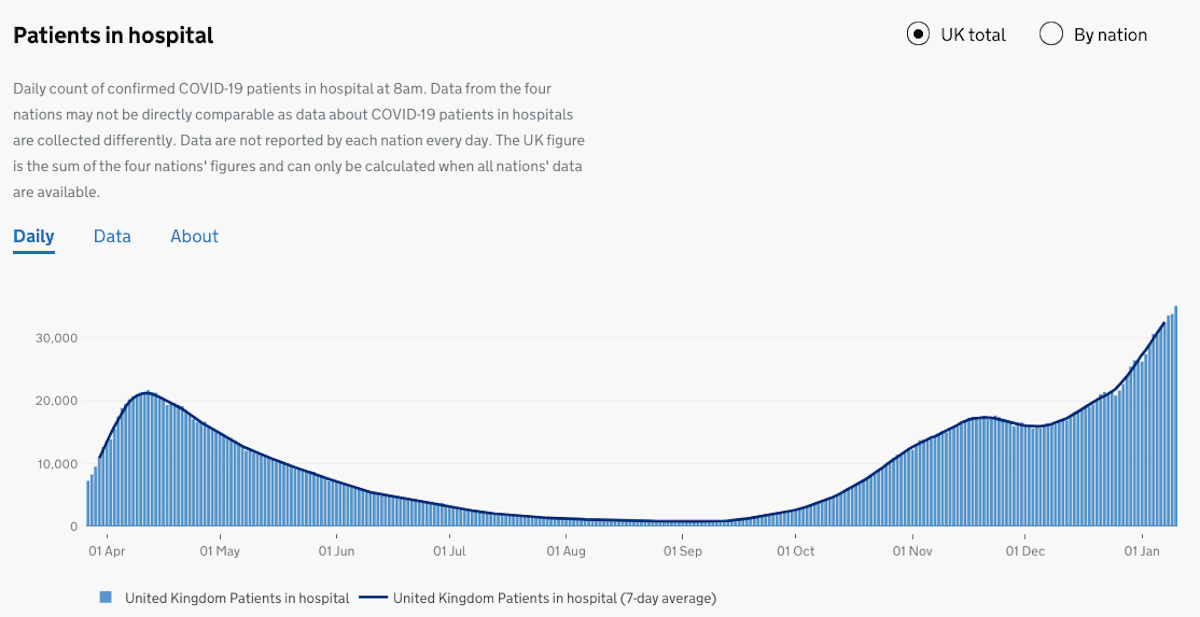 UK GovernmentThe total number of COVID-19 patients in the hospital in the UK as of January 7, 2021.

The NHS is also asking care homes to start taking on elderly people who have not recently tested negative for COVID-19, but who have spent two weeks in isolation, The Guardian said.

Hospitals across the UK are close to bursting, and temporary morgues set up during the last peak in April have been reopened.

The UK is struggling with a new coronavirus variant that jumps from person to person more easily, meaning a person who has been exposed to it has a higher chance of infection. England entered its third national lockdown last week.

As of last weekend, as many as 46,000 NHS hospital staff were unable to work because they are sick with COVID-19, The Guardian reported at the time.

In late December, some hospitals also started moving critically ill patients to less strained hospitals hundreds of miles away to free up room for new patients, according to the Independent.

Southend Hospital, in southeastern England, has capped the amount of oxygen that can be given to COVID-19 patients given the “critical situation,” the BBC said.

UK hospitals reported being overburdened during the April surge in cases, but the number of people hospitalized as a result of COVID-19 right now is at least 49% higher than it was in April,The Wall Street Journal reported.