'It feels like we're just not cared about': Healthcare staff speak out about how the UK's chaotic vaccine rollout means they're treating patients without getting the vaccine themselves 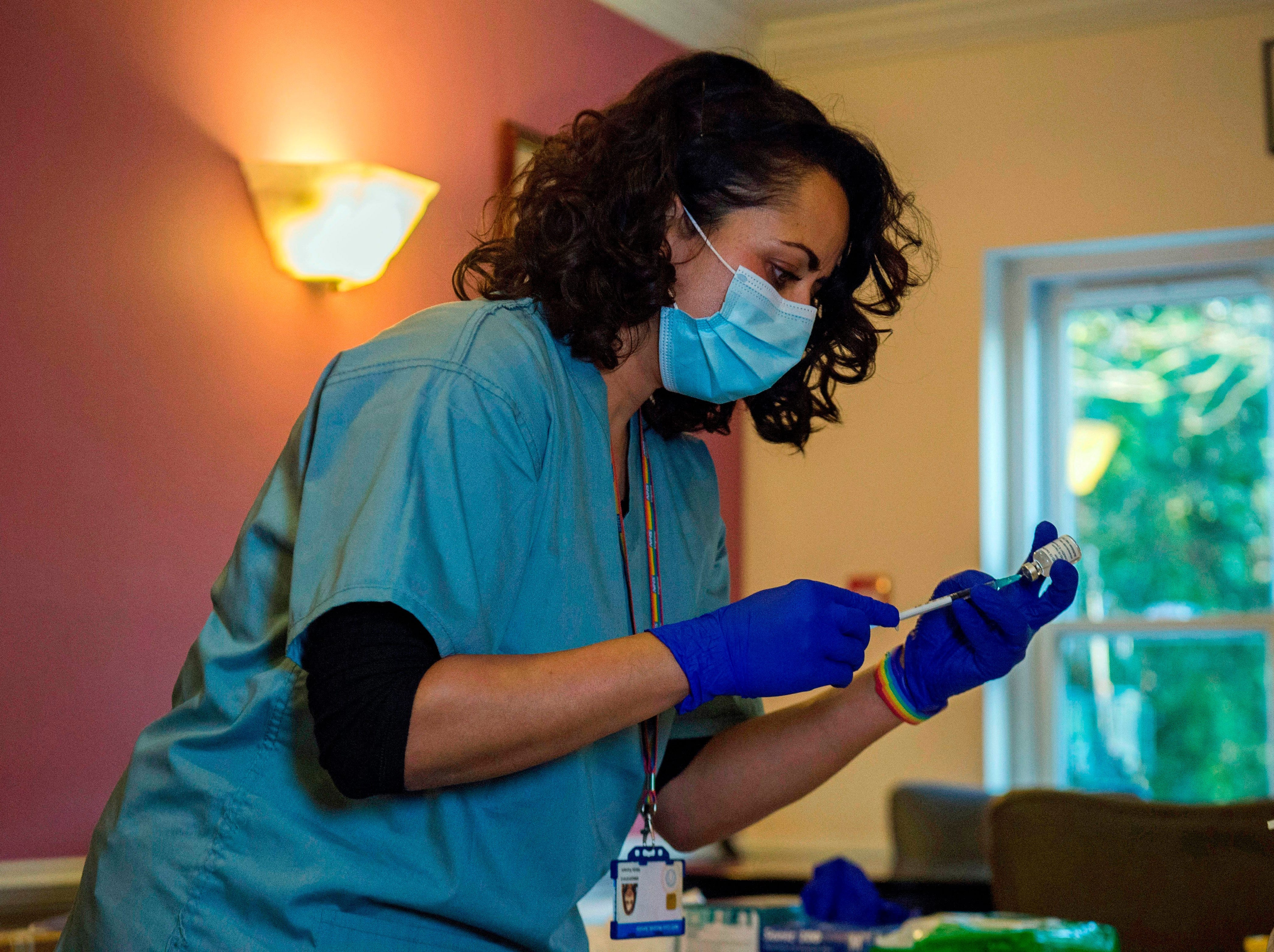 Healthcare workers in the UK are getting increasingly frustrated at not knowing when they will get their first shot of a COVID-19 vaccine.

This includes testing centre workers and student doctors who don’t know where they fall on the priority list, and fear they may fall through the cracks altogether.

The UK government said its “top priority” is to ensure the 15 million people in its most at risk categories have access to their first dose by February 15.

As well as people who are vulnerable because of their age and health, this group also includes residential, health, and social care workers, with care home residents and the staff who work with them being highest on the priority ranking.

This followed guidance from the Joint Committee on Vaccination and Immunization (JCVI), an independent medical body, that advised the government to prioritise protecting health and social care staff alongside preventing deaths from COVID-19. The government is working to rapidly give out the vaccine, and rolled out a risky and untested strategy of administering as many first doses of it as possible by delaying when people will get their second shot.

But frontline workers, including some who work for the NHS, have told Insider they haven’t been contacted yet about their first dose, and are having to treat patients despite not being protected themselves.

In one case, student doctors on placement in hospitals â€” including some in COVID-19 wards â€” were told to cancel their vaccination appointments so that staff could get their shots first.

This comes as increasing numbers of healthcare staff are testing positive for COVID-19.

Earlier this month the British Medical Association (BMA) reported that more than 46,000 hospital staff were off sick with COVID-19, per The Guardian. And at some hospitals more than one in seven staff are off work sick, Dr. Tom Dolphin, an anaesthetic consultant in London, told Insider’s Kate Duffy.

This means healthcare staff may have to treat more patients than usual or work longer hours. A survey by the BMA showed that two-thirds of respondents regularly had to work additional hours during the pandemic, and almost half said their work had caused or exacerbated emotional distress, depression, anxiety, and other mental health conditions.

The BMA is urging the government to ensure all frontline staff get the shot as soon as possible, both for their own protection and to relieve the wider burden on the NHS of staff having to self-isolate. To keep services afloat, all healthcare workers must be vaccinated by the end of January, Dolphin added.

But people are falling through the cracks. As of January 11, 43% of London’s ambulance and hospital workers â€” including nurses, admin staff, and cleaners â€” hadn’t been offered a COVID-19 vaccine, according to a study by the GMB Union, per The Independent.

The NHS did not respond to Insider’s request for comment. The Department of Health and Social Care referred Insider to the NHS when asked to comment.

A junior doctor, a student doctor on hospital placement, a testing centre assistant, a dental administrator, and a home carer spoke to Insider about their experiences.

The five healthcare staff spoke to Insider on the condition of confidentiality, and their names have been changed for this article.

“Myself and a lot of other doctors are feeling extremely frustrated at the mismatch between government announcements and the reality of what is actually going on in our hospitals,” Rosie, a junior doctor in a large hospital trust in Leeds, told Insider. She works in acute wards looking after dozens of patients every week.

There’s regional disparity among the government’s rollout of the vaccine to NHS staff, she added.

“I have colleagues that work in a different area of the country who have already had two doses of the vaccine when there are older colleagues I work with that have not.”

She doesn’t blame the hospital trust she works for, though.

“Despite the government guidance about the implementation of the vaccine and the prioritisation of groups, there is no strategy to assure it is rolled out equally,” she said.


Read more:
The UK’s hospital system is on the brink of collapse, forcing overworked staff to postpone cancer treatments, stretch oxygen supplies, and put themselves at risk of catching COVID-19

“It feels as though the government has left hospital trusts to scramble to get the staff and resources together to give out the vaccination on their own â€” which is no mean feat considering the very large numbers of NHS staff working on the frontline.”

As a result, trusts are offering out vaccines to their staff at different rates, affected by issues related to the vaccine’s supply, storage, and administration, Rosie said.

“I think that the majority of hospitals are doing the absolute best they can with regards to managing the ever changing COVID-19 environment,” she said. “The frustration for me lies with the lack of government support.”

Megan, a student doctor on placement, told Insider she isn’t sure where she fits in on the government’s prioritisation list. She works full-time and changes between three different hospitals most weeks, and is on a different ward nearly every day. This includes medical and surgical wards, theatres, intensive care unit, and clinics.

“It’s like we’re staff but not staff and sometimes forgotten about,” Megan said. She isn’t an NHS worker as she has no staff number or pay check, meaning she isn’t in the same priority bracket as them, but she works in NHS hospitals alongside NHS doctors.

“I feel like as medical students we are often overlooked in things as we are not classed as full staff but are full-time front facing to patients and moved around a lot,” she told Insider. 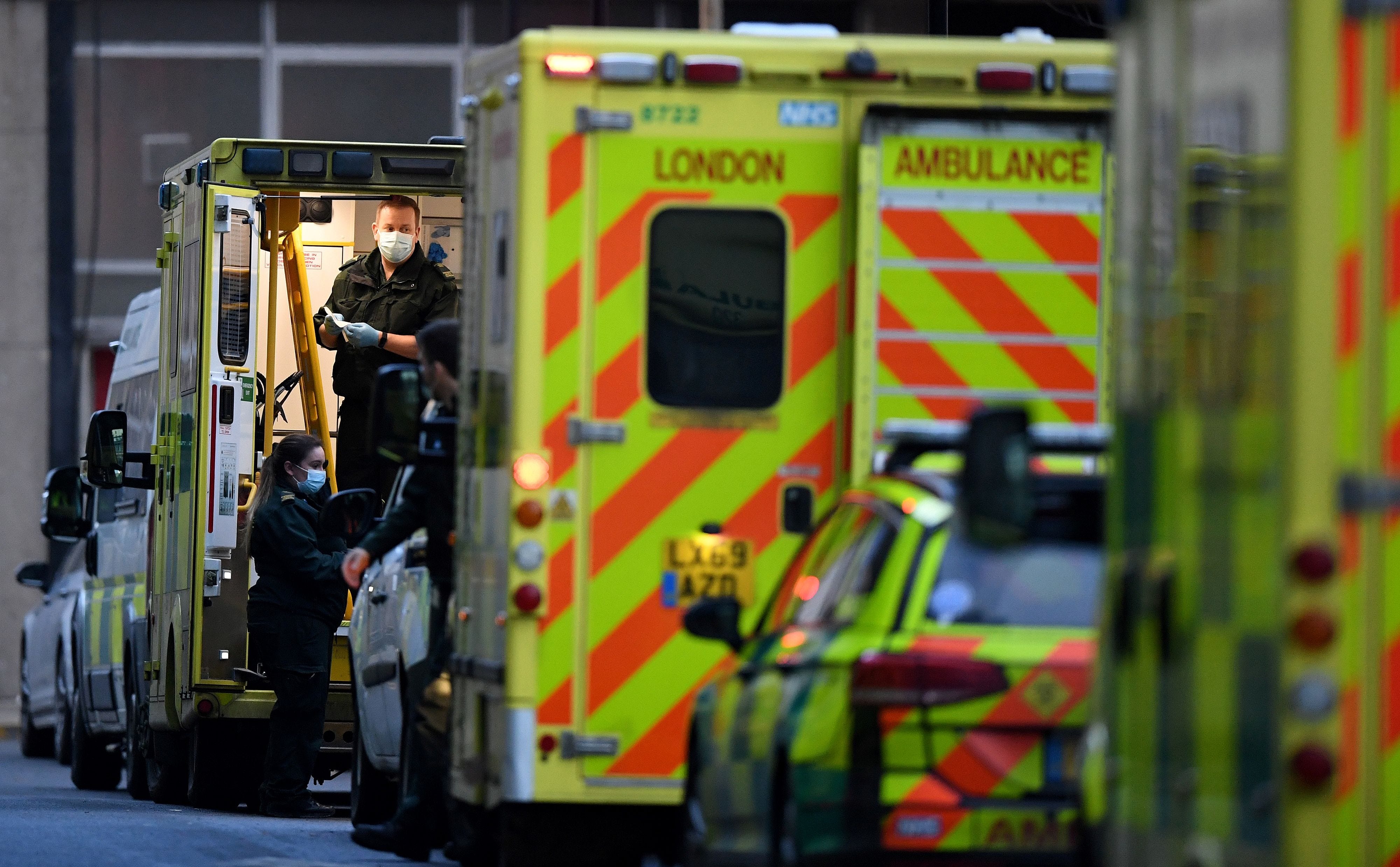 One of Megan’s friends who is also on placement as a student doctor was due to get a vaccination this week, but got turned away at her appointment for not being staff. This is despite receiving an email inviting her to get the shot.

In an email viewed by Insider, Megan’s friend has since been told that staff have to get vaccinated before student doctors, and if they have an appointment they should cancel it â€” including the student doctors working on COVID-19 wards.

Connor, meanwhile, works as a general assistant at a large COVID-19 testing centre in the north of England. The role involves instructing people on how to use a test and processing it, alongside occasionally cleaning the site. He isn’t employed by the NHS, and instead works for a private agency that the UK government has outsourced testing contracts to.

“We’ve heard nothing regarding the vaccine and I don’t think we’ll be getting them,” Connor told Insider, adding that he doesn’t think he is classed in any of the top priority cohorts.

“I think this is because we’re all on zero-hour contracts and are therefore not seen as a priority, despite some people working over 30 hours a week. It feels like we’re just not cared about.”

“Everyone working there is putting themselves at risk every time they go in, handling objects we know are infected with COVID-19. It’s disheartening and anger inducing how we’ve been overlooked.”

Lily is a receptionist and administrator at an NHS dental practice. As well as carrying out administrative work like scheduling and filing, Lily is also responsible for doing COVID-19 symptom screenings and taking temperatures.

Lily’s workplace only got told last week that its staff would get priority for vaccination, after previously being told that dentists and support staff didn’t count as healthcare workers.

“We were told that our practice would be contacted about arranging vaccines but haven’t got a plan or timeline for that yet,” she told Insider.


Read more:
A quarter of New York City’s vaccines are going to people who don’t actually live there. Some don’t even work in the city.

Despite this lack of clarity, the government is urging dental practices to see as many patients as possible right now â€” including for non-urgent and routine treatments, Lily told Insider.

“It’s really frustrating being told to do all that by the same people who are dragging their feet on getting us vaccinated,” she said.

Paige, meanwhile, is a home carer for a private company. Her job involves visiting elderly clients at home to care for them, including personal and dementia care.

Paige said her company has contacted the relevant authorities about getting access the vaccine “multiple times” but hasn’t yet been told when staff will be able to get their shots.


“Even some my clients have not heard when they will be getting the vaccine,” she said, noting that some of them spent Christmas alone with only visits from their carers to keep them company.

“Personally I think the government has let a lot of people down,” she told Insider. “It is embarrassing and telling how badly the whole pandemic has gone in this country with all the flip flopping of decisions, and all the lining of pockets we have seen, from personal protective equipment deals to free school meals.”