Documents show that the UK might jettison its approach to its controversial contact-tracing app, and re-engineer the app to function on technology provided by Apple and Google.

In contrast to much of Europe, the UK has built and launched a contact-tracing app that is not based on an API from Apple and Google specifically for contact-tracing. The singular approach has alarmed experts and raised questions about whether the app will work properly and whether it is sufficiently private and secure.

Now Tussell, which holds data on UK government contracts, has flagged up a contract between the UK’s NHS and a Swiss company called Zuhlke Engineering which suggests the government may change tack.

The contract is dated May 5, and includes this stipulation:

“The Supplier will run a two week timeboxed technical spike to investigate the complexity, performance and feasibility of implementing native Apple and Google contact tracing APIs within the existing proximity mobile application and platform.”

In plain English, the UK is asking Zuhlke how feasible it might be to re-engineer its contact-tracing app to use Apple and Google’s technology.

We first saw the news via the Financial Times.

A u-turn wouldn’t necessarily be a bad idea.

Like many nations, the UK has raced to build a contact-tracing app that will alert users if they’re likely to have come into contact with a coronavirus patient. The app relies on Bluetooth signals to track proximity to other phones and, theoretically, would notify users if they have been close to someone who later reports symptoms or tests positive for the virus and inputs that data into the app.

At the same time, Apple and Google announced a specialised contact-tracing API to help governments build their apps. But being able to use that API means meeting the tech giants’ requirement that government apps be “decentralized.” Apple and Google’s approach means data must be processed on a person’s device, and not sent off to a government server. 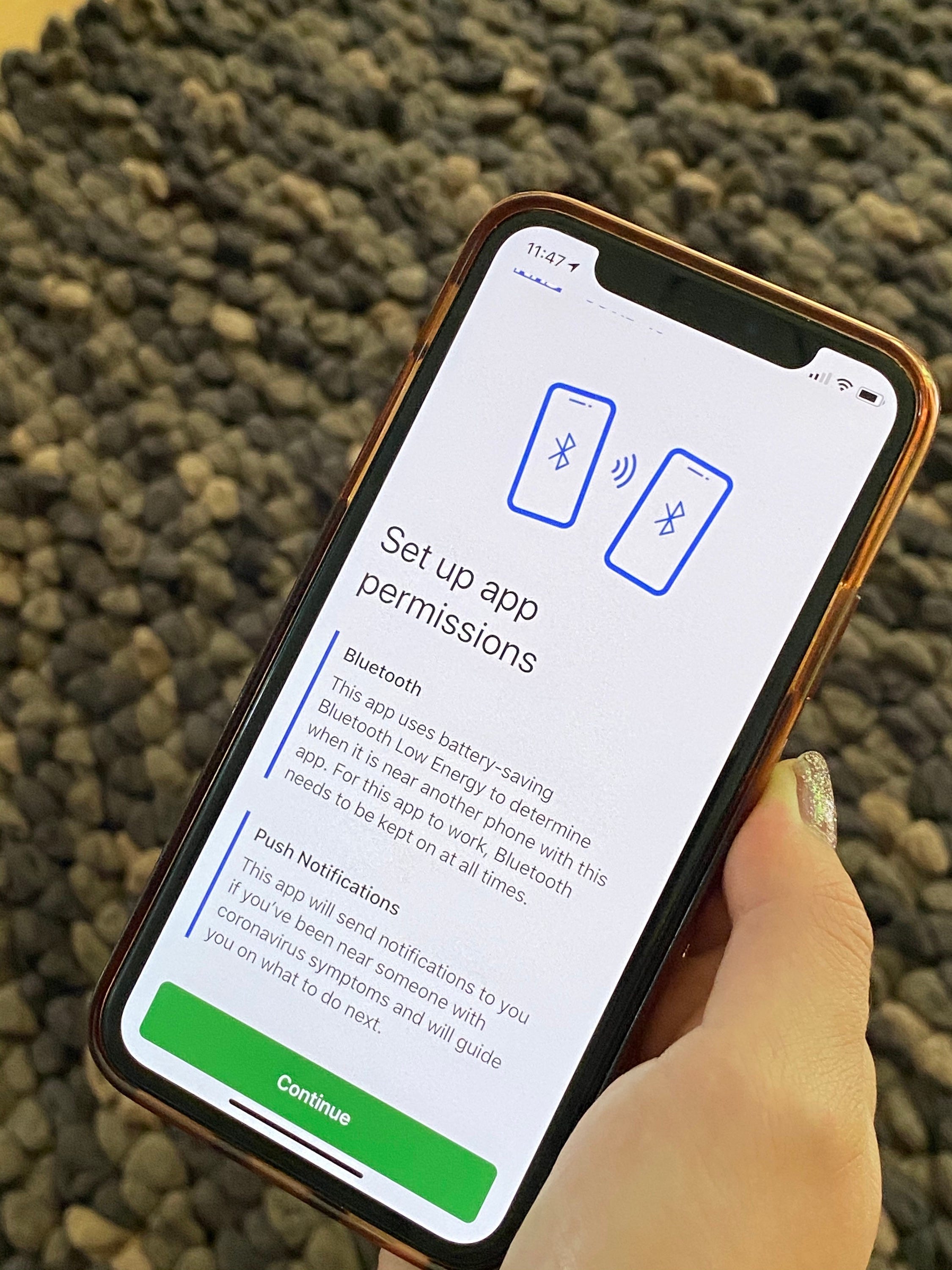 But the UK has decided to pursue its own centralised model for the app, versus the decentralized model stipulated by Apple and Google. The government wants to retain people’s (pseudonymous) data to analyse it more closely to help it make decisions in areas such as resource allocation.

Deviating from Apple and Google’s custom-built API has thrown up technical issues.

Ordinarily iPhones don’t allow apps to transmit Bluetooth signals while running in the background, meaning that any app which doesn’t use the new API would have to figure out some way around this problem.

A source familiar with the matter told the Financial Times that mostly the UK app is able to function in the background, but said if two iPhones were left locked for 30 minutes the app stopped working unless an Android device with the app on came within 60 metres.

This problem was predicted by experts who spoke to Business Insider previously, who said that because iPhones are mostly only able to passively listen out for Bluetooth signals while apps are running in the background, they would have to rely on Android users signals to wake them up.

The NHS contact-tracing app started its first trial this week on the Isle of Wight, and the government has said it intends to roll it out to the rest of the country in the next two to three weeks.

You can see the full government contract with Zuhlke below: