Ugly fashion is here to stay.

The trend of dressing in ugly clothing and accessories hit its peak in 2017, and it shows no signs of slowing down in 2018.

There are two reasons for this: first, consumers are increasingly favouring comfortable clothing and shoes, which is why practical brands Birkenstock and Crocs are having a comeback.

Similarly, after falling out of favour around 10 years ago, Crocs’ core product, the classic clog, is back in vogue.

The second reason is that ugly products have become so ironic that they’re now trendy, thanks to designer brands launching their own ugly clothing items. It’s an excellent marketing ploy – these unappealing products with large price tags create a backlash and subsequent buzz on social media.

Take a look at some of the products that best exemplify the ugly trend:

Don’t be fooled – these are not hiking shoes. The bulky sole is purely a fashion statement, which is crafted by combining three different molds taken from running, basketball, and track shoes.

The sneakers have been worn by many celebrities, including Bella Hadid, and are now sold-out online.

Ugg boots are back in vogue.

In January, fashion brand Y/Projects partnered with Ugg to create a thigh-high version of the boot. Since then, Rihanna and Sienna Miller have been snapped in the classic style of Ugg boots, according to Vogue.

Ugg has been pulling out equally dubious styles on its own to progress from its classic look. A pair of limited-edition flame boots, designed with Jeremy Scott, are being sold for around $US400 at different stores online.

This is a new kind of high-top sneaker. These men’s sneakers were trialed in a Hong Kong pop-up in November but are now available online.

On paper, a pair of Manolo Blahnik satin boots sounds great, but the reality is somewhat different.

These hip-high boots are being sold for a whopping $US2,295, and that’s with a 50% discount on the original price.

Milk It Vintage denim bustier over t-shirt, $US56

This bizarre item of clothing for sale on ASOS.com went viral earlier this month.

Customers were unsure what purpose it serves. One person joked on Twitter that it looked like a mistake. “So I see this piece was modelled on me coming home drunk and trying to get undressed by removing my skirt vertically, getting stuck, then being sad forever. Touche ASOS,” she wrote.

These Crocs were first debuted during Paris Fashion Week in October 2017. They were available for pre-order on February 1 at Barneys but sold out online within several hours.

There is now one size available for pre-order in a size 9.

Topshop’s plastic knee jeans sent the internet into a frenzy in the spring of 2017.

The jeans were sold for $US95 online at Nordstrom and are now out of stock.

This Moschino dress made its first appearance on the runway in February 2017. Later that year, it was being sold at Browns Fashion for $US895 – for the bag only, and no slip.

It’s out of stock now, but you can see it online here.

The Birkenstock sandal has become a staple part of any fashionista’s wardrobe. Its popularity seems to have gone to its head; in 2017, the brand released an Arizona limited-edition sandal for $US800. The style is no longer available. 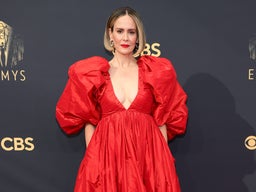 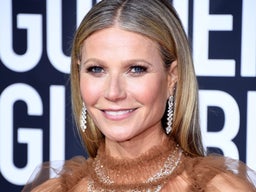 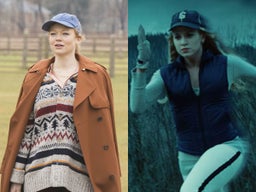