It's clear 'Fight Island' will be a regular fixture in the sports calendar, and welcoming UFC fans is 'possible' 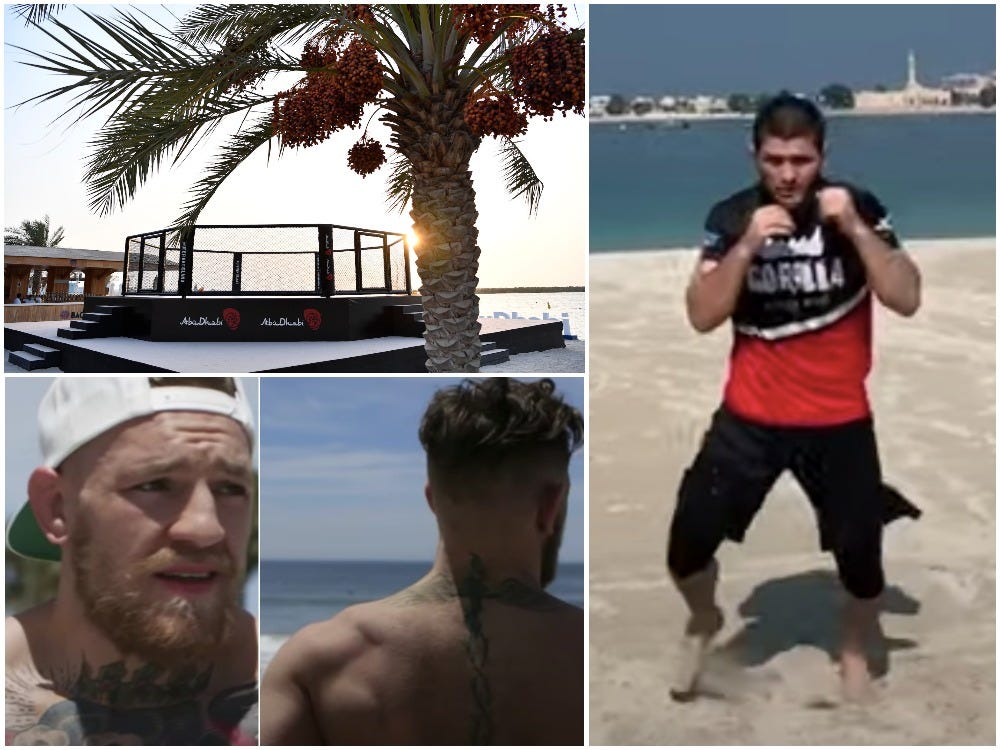 FIGHT ISLAND – It’s clear that “Fight Island” will be a regular fixture in the combat sports calendar, and welcoming fans could be possible.

Insider has spent three weeks reporting on the UFC’s most ambitious project of the year – a month-long and four-event residency on a quarantined area on Yas Island. It was built in conjunction with the Department of Culture and Tourism in Abu Dhabi to provide the MMA outfit with an environment that can host international events during the coronavirus pandemic.

From there, we were subject to testing before every “Fight Island” event. It was worth it.

Each event has included headline-grabbing and highlight-reel moments. Kamaru Usman dominating Jorge Masvidal over five rounds, Deiveson Figueiredo bloodying and then choking Joseph Benavidez unconscious in one, and a 26-year-old woman living up to her “Violence Queen” nickname by beating her UFC opponent so badly she had to be carried out of the arena.

The festival has not just been about the fights, though. Insider learned that the UFC executives like COO Lawrence Epstein had been golfing at the crack of dawn; cuts men and referees listened to Motown during the day, sunbathed in the 46-degree Celcius heat, and dive-bombed in the swimming pool.

The fighters were given nightly white-knuckle joy-rides in super-cars, which could top 160 mph around the Yas Marina Circuit.

“Fight Island” has become a star in its own right like marquee UFC names Masvidal, Khabib Nurmagomedov, and Conor McGregor. UFC 251, the first event on “Fight Island,” sold to 1.3 million households

Between the success of “Fight Island” and coronavirus concerns in the United States, we observed the UFC lean on its partnership with Abu Dhabi again and again.

He said: “They just shut down Las Vegas again. California shut some stuff. We’re back on phase one. I’m not seeing any time soon we’re flying people in from all over the world to the United States. We’re here [in Abu Dhabi] easily into next year. Easily.”

White told the media that the UFC is “going to do a lot of fights over here [on Yas Island]. If you look at how many international fights we do a year, we do those in Abu Dhabi.

“We’re definitely coming back to Abu Dhabi. That’s guaranteed. This idea that Fight Island would be three or four [events] and that’s a wrap … not true – we’re here to stay.

“Abu Dhabi might become the Fight Capital of the World. Seriously. Think about it. It’s definitely not Vegas right now.”

Epstein, the UFC’s COO, told Insider that while he does not have specifics on a timetable, the festival will be a permanent fixture for the UFC in the COVID-era.

“The ‘Fight Island’ concept has really blossomed into something bigger than maybe we originally even thought.

“I was talking to Dana a few days ago. ‘Fight Island’ is for real. This is a permanent part of the UFC ecosystem.” According to ESPN, Israel Adesanya’s next UFC middleweight title defence is locked in for UFC 253 on September 19, with the tall and rangy counter-striker putting his championship belt on the line against the heavy-handed Brazilian challenger Paulo Costa.

White told reporters that “the fight is not done” but did say that if and when it is confirmed, it will likely be a “Fight Island” bout.

Though the UFC is returning to Las Vegas to host domestic cards behind-closed doors inside its $US100 million TV studio called Apex in August, White’s comments suggest it is looking to return to Abu Dhabi the following month.

He even told the local newspaper The National that: “All the massive fights with literally the champion vs. the No. 1 contender are all looking like ‘Fight Island,’ Abu Dhabi.”

Nurmagomedov and Gaethje’s lightweight war could land in Abu Dhabi 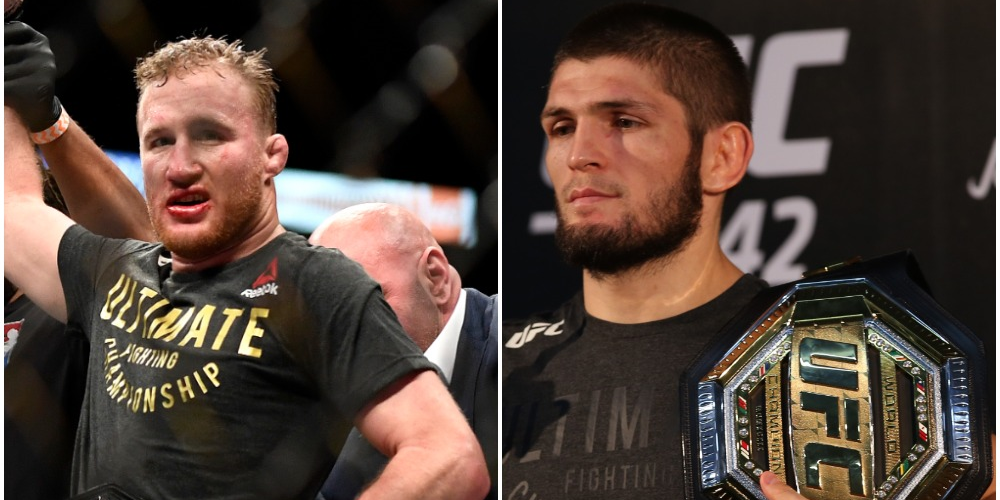 Photos by Douglas P. DeFelice/Getty Images and Stringer/Anadolu Agency via Getty ImagesJustin Gaethje and Khabib Nurmagomedov will fight, but it is currently unclear whether they will do so at ‘Fight Island.’

Justin Gaethje put in one of the best fighting performances of the pandemic. He obliterated Tony Ferguson in their lightweight fight in Jacksonville in May before stopping him in the fifth and final round, and the American striker became the next obvious challenger for Nurmagomedov’s 155-pound title.

Talk of that fight stalled this month, though, when Nurmagomedov’s father Abdulmanap died aged 57 after a two and a half month battle with the coronavirus.

“He’s going to fight when he calls me,” White told the media in Abu Dhabi. “Khabib’s dad just died. When he’s ready, he’ll let me know.”

White told us that the UFC had reached out to Nurmagomedov on the day of his dad’s death, but has since let him grieve in peace.

“It’s terrible and we feel horrible for Khabib,” White said. “We know how much he loves his father and how close they were.”

Nurmagomedov’s manager Ali Abdelaziz told TMZ Sports that his client will likely return before the end of the year, to fight Gaethje.

“We have a blockbuster main event, him versus Justin Gaethje. Two of the best lightweights in the world today in the recent era.”

UFC commentator and analyst Jon Anik told Insider that he’s “ambitious and optimistic that they can do the [lightweight title] bout out here [in Abu Dhabi].”

A Conor McGregor comeback could take place on ‘Fight Island’ 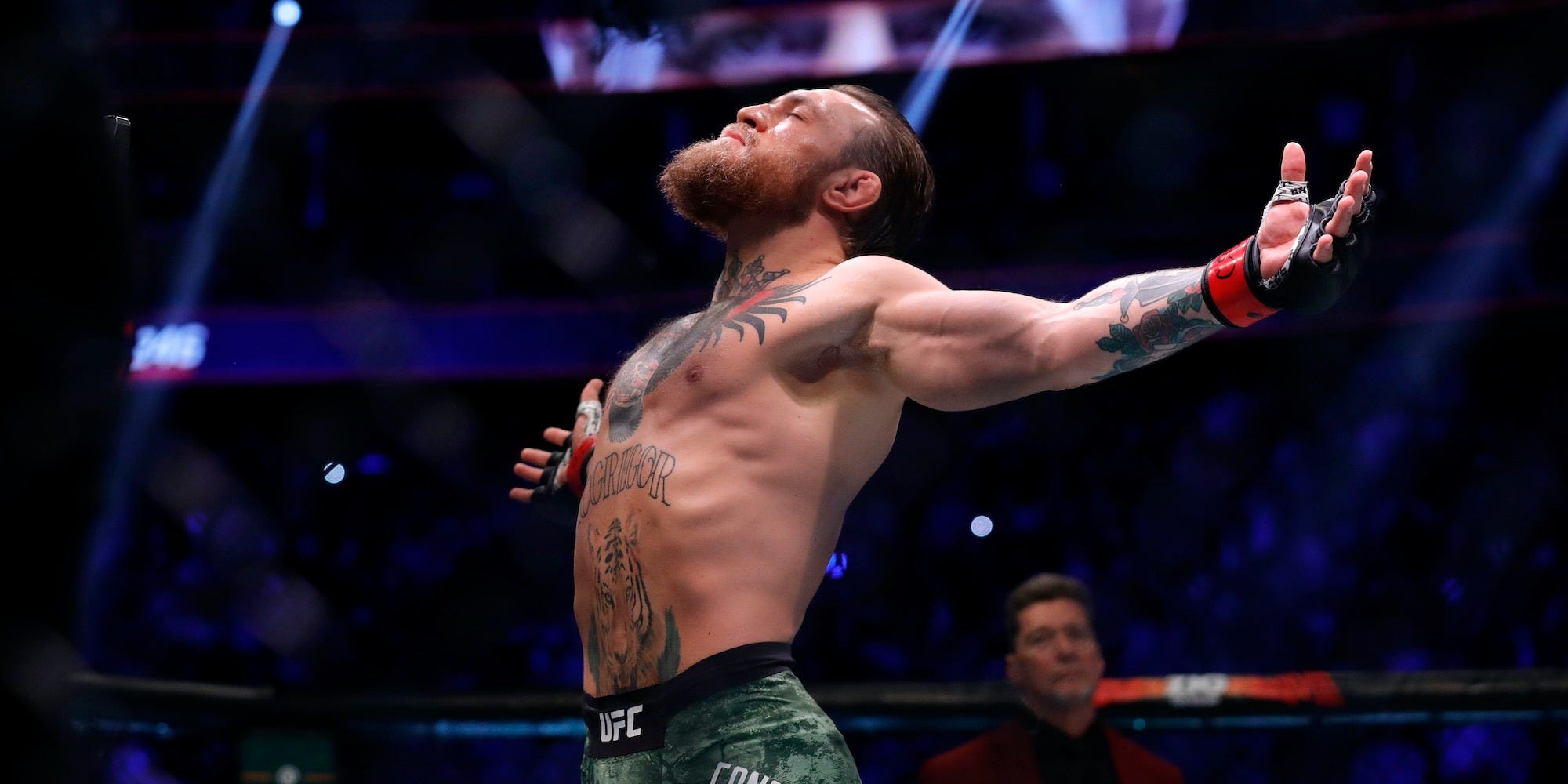 McGregor dominates the list of best-selling pay-per-view shows in UFC history, and is the sport’s global superstar.

But the Irish striker has not fought since the 170-pound thrashing of Donald Cerrone at UFC 246 in Las Vegas earlier this year. Though he said he wanted to fight thrice in 2020, McGregor abruptly retired from the fight game in June, citing boredom, tiredness, and a frustration at being offered fights which did not excite him.

It was in stark contrast to a few months before, where White had claimed McGregor had been texting him to say he wanted to compete on “Fight Island.”

The UFC analyst Anik told Insider recently that he’d be most excited about a Jorge Masvidal and McGregor match-up.

When asked if that would be a “Fight Island” headliner in the future, he said: “I think so.”

Anik added: “I just think, despite all the money in the bank he’s not going to have a satisfying fulfilled retirement if he doesn’t at least add to his legacy and that might sound crazy to people because of all the belts at home.”

“There are a lot of names at lightweight and welterweight he wants on his resume.”

Epstein told Insider a Masvidal fight could be a good match-up, but he would be happy to see the former two-weight UFC champion return to the Octagon.

“I like McGregor against anybody! I’m a huge Conor fan and he just brings a level of excitement,” he said.

White told The National that if McGregor returned during the ongoing pandemic, it would be done on “Fight Island” rather than Las Vegas. 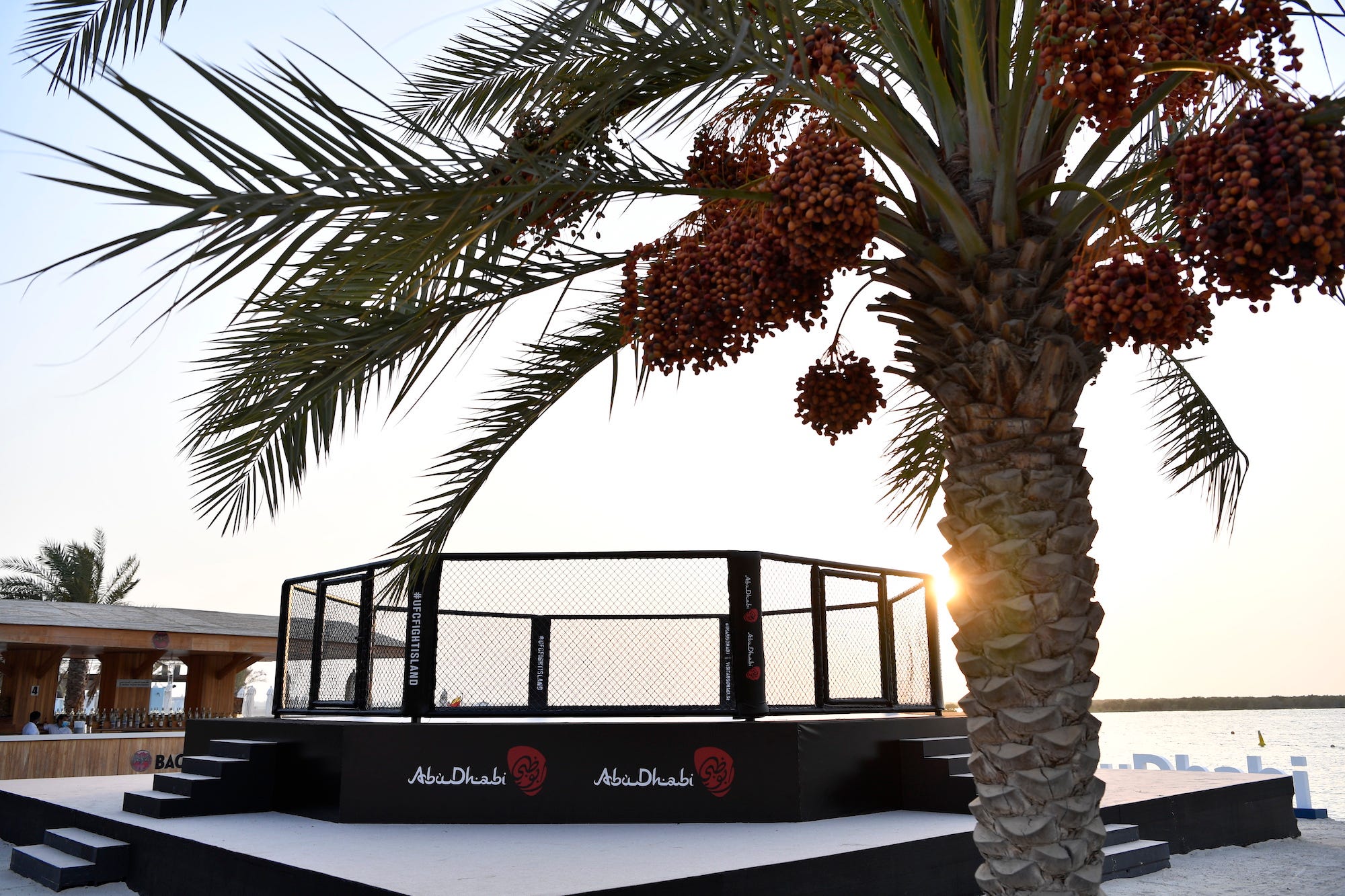 The UFC commentator Anik told Insider that he believes venues in Abu Dhabi could hold spectators during the pandemic.

Anik said: “I think in this climate, in the Middle East, they’re more equipped to have fans return sooner than later, so it wouldn’t surprise me to have fans here in September or October. Which, obviously, is a tremendous long shot back in the States.”

Insider spoke to Saeed al-Saeed, the destination marketing director at the Department of Culture and Tourism (DCT) in Abu Dhabi. He said that while DCT cannot make any guarantees, Abu Dhabi can do it if anybody can do it.

The UFC and DCT have already worked together to get fighters, UFC staff, and media from four hub cities – Las Vegas, Sao Paulo, Moscow, and London – into Abu Dhabi, test everyone regularly for the coronavirus, and oversee quarantines.

The next challenge involves figuring out if spectators can be safely included in these festivals.

“What he wants is to have a typical UFC experience – a full stadium of people enjoying the event,” Epstein said.

“The resources, technology, all the things Abu Dhabi has to offer make it a particularly interesting opportunity here.”

DCT even has an under-construction arena being built with UFC specifications in mind, which could be the venue that welcomes fight fans during the pandemic. It is called the Etihad Arena and has a capacity of up to 18,000 spectators.

Al-Saaed told us this could involve a set-up which sees spectators fly into Yas Island just like delegates, fighters, and UFC staff have, with that package including testing and a mandatory quarantine.

Whether that’s a 24-hour, 48-hour, or longer will be guided by recommendations of the World Health Organisation or Abu Dhabi health authorities, al-Saeed said.

“You will have die-hard fans who are willing to go through that experience,” he told us. “It’s a once-in-a-lifetime experience. I don’t think anyone’s leaving ‘Fight Island’ without that memory singed in the back of their brains,” al-Saaed said. “2020’s been crazy, But ‘Fight Island’ has been incredible.” 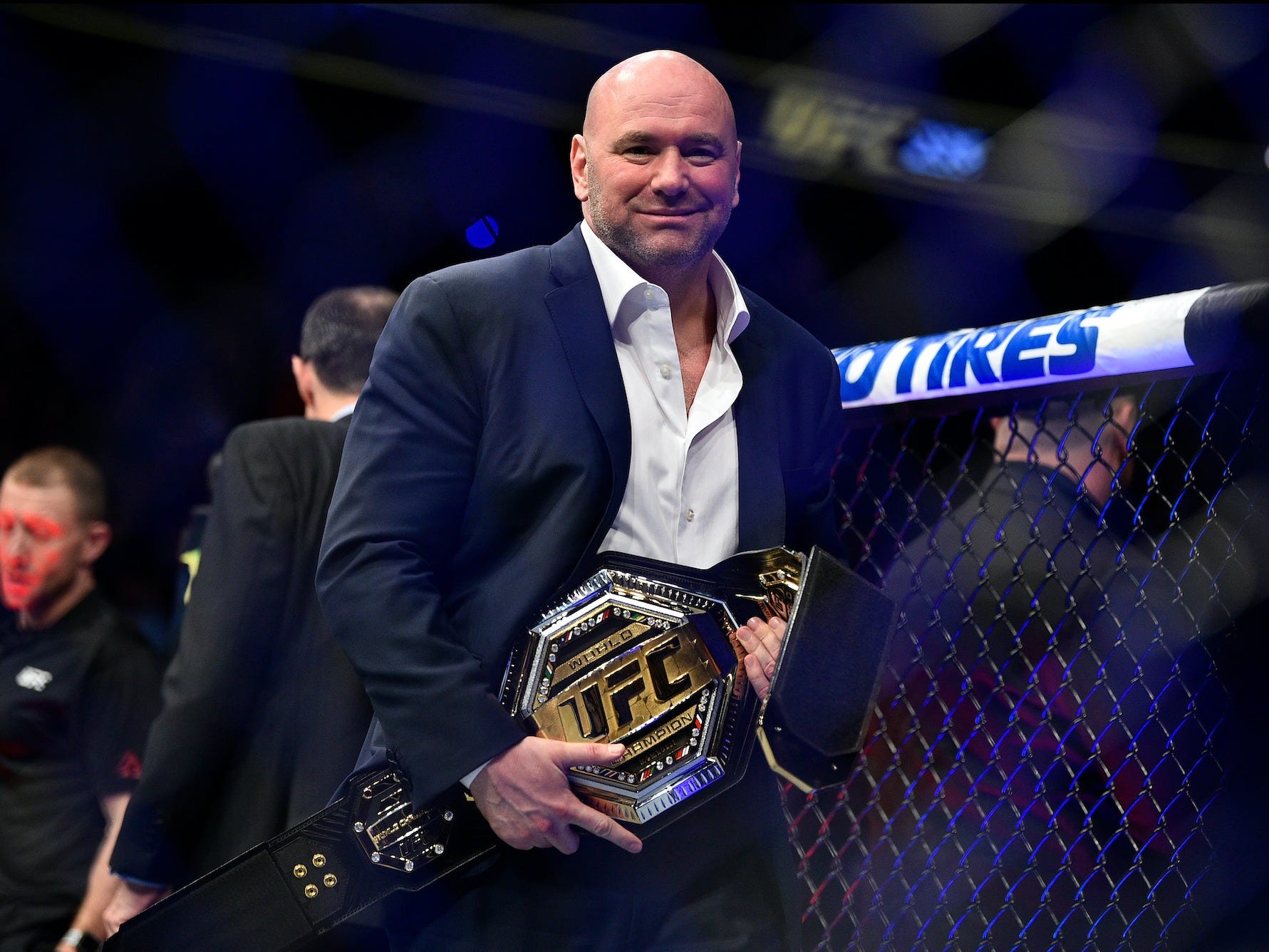 The UFC is so serious about adopting Abu Dhabi for its international events, White has been looking for a home while he was in the region.

“If Dana White buys a house maybe I’ll hang out in one of the bedrooms or something,” Epstein told us with a smile.

“I’m not looking for a place, but why would you? The W Hotel on Yas Island is incredible,” he said.

Regardless of who moves where, one thing is clear, “Fight Island” is here to stay.

Inside UFC’s ‘Fight Island,’ where its top stars take late-night joyrides at 160mph, sunbathe in 115 degree heat, and play golf at dawn

UFC fighter Darren Till said reputed $US1 billion gang lord Daniel Kinahan is his friend, and told him to ‘smash’ his next opponent’s ‘head in’

A Georges St. Pierre fight ‘would be the ultimate legacy builder’ for Kamaru Usman, according to a UFC analyst