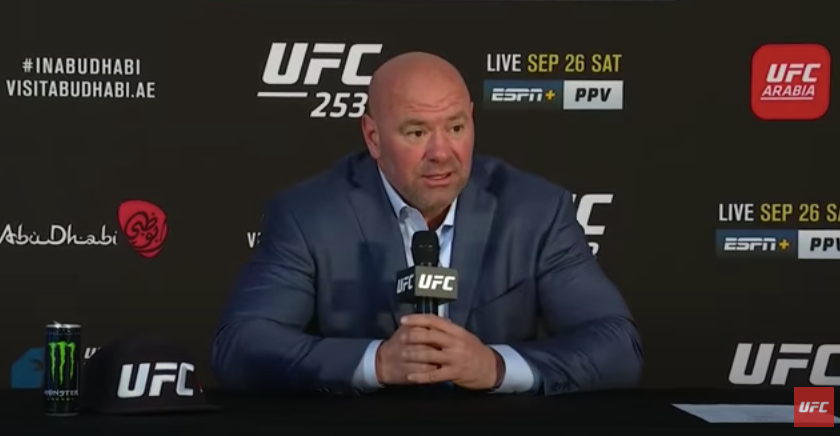 The UFC is exploring whether psychedelics could be used to help deal with brain trauma sustained by MMA fighters.

Brain injuries have been headline news in combat sports this week after MMA Fighting published a story about the former fighter Spencer Fisher, a UFC competitor for seven years who retired in 2012.

Fisher, 44, told the publication that he now suffers from depression, sometimes forgets his children’s names because of memory loss, and says he was declared “permanently disabled and unable to work” by a neurologist.

“I forget where I’m going, depression, dizzy spells, calling people different names,” Fisher told MMA Fighting. “My balance is shot. I have a hard time remembering what I did yesterday. Last week is a complete blur.”

The UFC did not provide a comment to MMA Fighting for the story, but White spoke to MMA Junkie about the issue Wednesday.

“[Fisher’s] not the first, and he’s definitely not going to be the last. This is a contact sport, and everybody who’s ever done this [when] younger, myself included, is dealing with brain issues,” said White.

The UFC wants to know if psychedelics could combat this

Before Fisher’s story was told, the UFC announced last week that it had signed a five-year extension to its collaboration with medical provider, the Cleveland Clinic.

The world’s leading MMA firm also made a $US1 million contribution to the Cleveland Clinic-owned Lou Ruvo Centre for Brain Health in Las Vegas, which researches the long-term effects of head trauma.

“Exposure to repetitive head trauma puts a person at risk for the development of cognitive changes that may occur years after an athlete has retired,” Dr. Aaron Ritter of the Cleveland Clinic said on the official UFC website when the extension was announced.

“The science â€¦ is clearly showing us that not all individuals experience cognitive changes and each individual may be affected in different ways.

“We are attempting to look at all of these factors â€” whether they are genetic, inflammatory, based on the number of fights, time between fights, etc.â€” simultaneously to determine which are most important in keeping an athlete’s brain healthy.

“The key for the next 10 years is to discover which factors are most crucial in each individual,” Dr. Ritter said.

“We’ve been investing in this [Lou] Ruvo Centre to try to figure out more. We’re now interested [about] this thing just came out on ‘[HBO] Real Sports’ about psychedelics, and we’ve actually reached out to the Johns Hopkins guys, and we’re diving into that.”

In November 2020, HBO aired a documentary exploring the use of psychedelics by four former pro athletes after the end of their careers, all of whom say their use has provided them with relief.

Referencing the “Johns Hopkins guys,” White was talking about the Centre for Psychedelic and Consciousness Research at Johns Hopkins University, which specialises in research into possible medical uses for psychedelics.

In the last 15 years, the centre has published studies in more than 60 peer-reviewed articles in scientific journals, according to its own website. The centre describes itself as “the leading psychedelic research institution in the US.”

“Our research has demonstrated therapeutic effects in people who suffer a range of challenging conditions including addiction (smoking, alcohol, other drugs of abuse), existential distress caused by life-threatening disease, and treatment-resistant depression,” it says.

Many psychedelics, including psilocybin and LSD, are illegal in most of the US, and are considered Schedule I drugs. Attitudes are shifting somewhat, however, with Oregon becoming the first state to legalise the use of psilocybin last year.