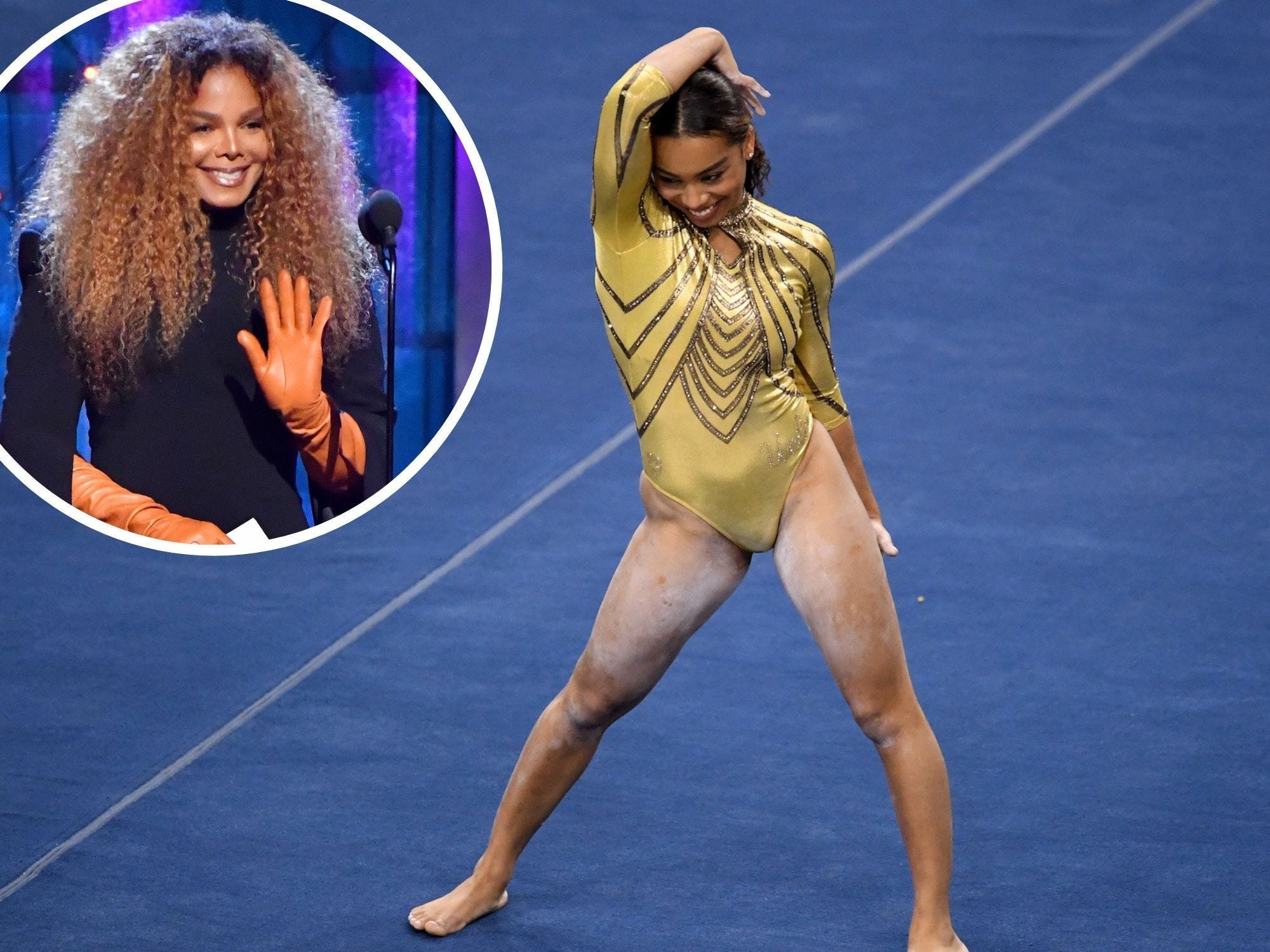 UCLA gymnast Margzetta Frazier on Wednesday debuted a Janet Jackson-inspired floor routine that got the attention of the ’80s and ’90s singer herself.

Frazier earned a score of 9.925 out of 10 for the routine, which she performed during a competition against Brigham Young University’s gymnastics team. The UCLA junior and All-American gymnast wove in choreography inspired by some of Jackson’s music videos, including the videos for her songs “If” and “Nasty,” according to Popsugar.

In a video interview after the meet, Frazier spoke about her new routine, saying: “I did Miss Janet Jackson. I did a medley. I hope you like it, girl, if you see it. I love you a lot. You’re my inspiration in life.”

After UCLA Gymnastics posted Frazier’s routine â€” which has received more than 4,000 shares and 16,000 likes on Twitter at the time of writing â€” Jackson responded, writing: “#iLuvIT” and tagging the gymnast.

“WOKE UP SCREAMING,” Frazier wrote. “I AM SO HAPPY THAT YOU LIKE IT!!! YOU ARE WHY I LOVE TO DANCE.”

Ayyyyyyye. I know how good this is because my sister used to spend HOURS trying to memorize all these dances in the living room. She is HITTIN IT https://t.co/8NOEoEk1ur

NOT THE IF DANCEBREAK CHOREO ???????????? sincerely wishing a good day to this girl and this girl exclusively https://t.co/AaXvnAiw90

One user even made a duet of the gymnast’s floor exercise and Jackson’s “If” choreography.

Frazier’s past floor exercises have paid homage to other music icons and forms of dance.

In January 2020, she debuted a floor routine set to ’70s hits, like James Brown’s “Get Up Offa That Thing” and Chic’s “Le Freak.” And in 2019, she made a statement with a floor routine that she told the Los Angeles Daily News was inspired by “voguing, the dance style originating from Harlem’s Black LGBTQ community.”