The self-driving-car startup Aurora is buying Uber’s Advanced Technologies Group, the companies announced Monday, as the ride-hailing giant grapples with a pandemic-related downturn in its core taxi business.

As part of the deal, Uber will also invest $US400 million in Aurora â€” a move similar to when it offloaded its Jump bike division to Lime while taking a stake in Lime. Aurora and Uber didn’t disclose a total price tag for the deal.

Self-driving technology is notoriously expensive when it comes to research and development. In 2019, Uber’s ATG brought in $US42 million in revenue but ultimately contributed to about $US500 million in EBITDA losses. Uber also turned to outside investors last year to shore up the unit’s finances, selling a $US1 billion stake to Toyota, SoftBank, and others.

“Few technologies hold as much promise to improve people’s lives with safe, accessible, and environmentally friendly transportation as self-driving vehicles,” Uber CEO Dara Khosrowshahi, who is joining Aurora’s board as part of the acquisition, said in a press release.

“For the last five years, our phenomenal team at ATG has been at the forefront of this effort â€” and in joining forces with Aurora, they are now in pole position to deliver on that promise even faster,” he continued.


Read more:
Uber ATG has been hobbled by a deadly crash, infighting, and balky tech â€” and investors are losing patience with the self-driving division

Axios reported last week that Uber had also been in talks to sell Elevate, its flying-taxi project, to Joby Aviation in a separate deal.

Uber shelled out heavily to branch into new markets during the pandemic, which has had disastrous effects on its core ride-hailing business. It bought Postmates in a deal worth $US2.65 billion, and it later acquired the Latin American grocery-delivery firm Cornershop.

Investors have applauded the moves, sending shares of Uber up more than 73% this year, surpassing its initial-public-offering trades to outperform benchmark market indexes. 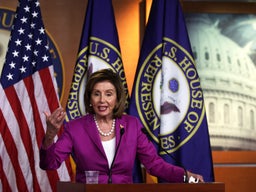