Forget Silicon Valley, many of the latest and greatest of Uber’s advanced technologies are headed to Dallas, Texas.

The company announced this week that it will begin collecting data manually – with a human driver at the wheel at all times – on downtown streets in November, in order to fine-tune computer simulations that could eventually power self-driving cars in the North Texas metroplex.

“The data we collect will inform our next steps,” Austin Geidt, head of strategy for Uber’s Advanced Technologies Unit (ATG),said in a blog post Wednesday. “We may not look to test our self-driving system in Dallas immediately following this first round of data gathering. While we are certainly excited by this possibility, we are also committed to ensuring that every mile we drive on public roads contributes meaningfully to our development work.”

Uber’s self-driving expansion into Dallas will be its ATG group’s fourth location for the work the company is doing on autonomous software and hardware, following San Francisco, Pittsburgh and Toronto. The company also recently announced plans for a massive new office in the city that may eventually house another high-flying division.

Earlier this year, Uber unveiled plans for a network of urban air-taxis zipping from city centres to airports, with Dallas as one of the first test markets. Additionally, Uber hopes to also be delivering Uber Eats meals via drone to hungry customers in select markets beginning as soon as this year.

“Dallas became the first city in Texas where the Uber app was available in 2012, and since then Texas has been a hub of innovation for our platform,” Uber CEO Dara Khosrowshahi said in a press release earlier this month distributed by Texas Gov. Greg Abbott.

It all comes down to the “Uber for Everything’ model.

Lke Uber Eats, one of the company’s fastest-growing segments, Uber hopes it can expand its technology platform beyond taxi rides and food delivery, to everything from groceries to drones. So far, it’s experimented with Freight – and recently announced a massive new investment in Chicago to grow that business – and helicopter rides in New York.

“The Uber network is a powerful thing. It brings people closer to the things they need, and self-driving technology has the potential to create even more value to our users,’ Geidt said. “In order to arrive at that future, we must approach building this technology thoughtfully and with a strong sense of responsibility to the communities where we operate, which our team is dedicated to doing everyday.” 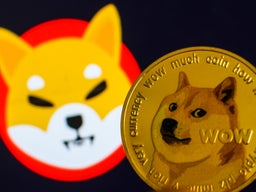