'A long road ahead': Here's what 4 analysts expect when Uber reports quarterly earnings 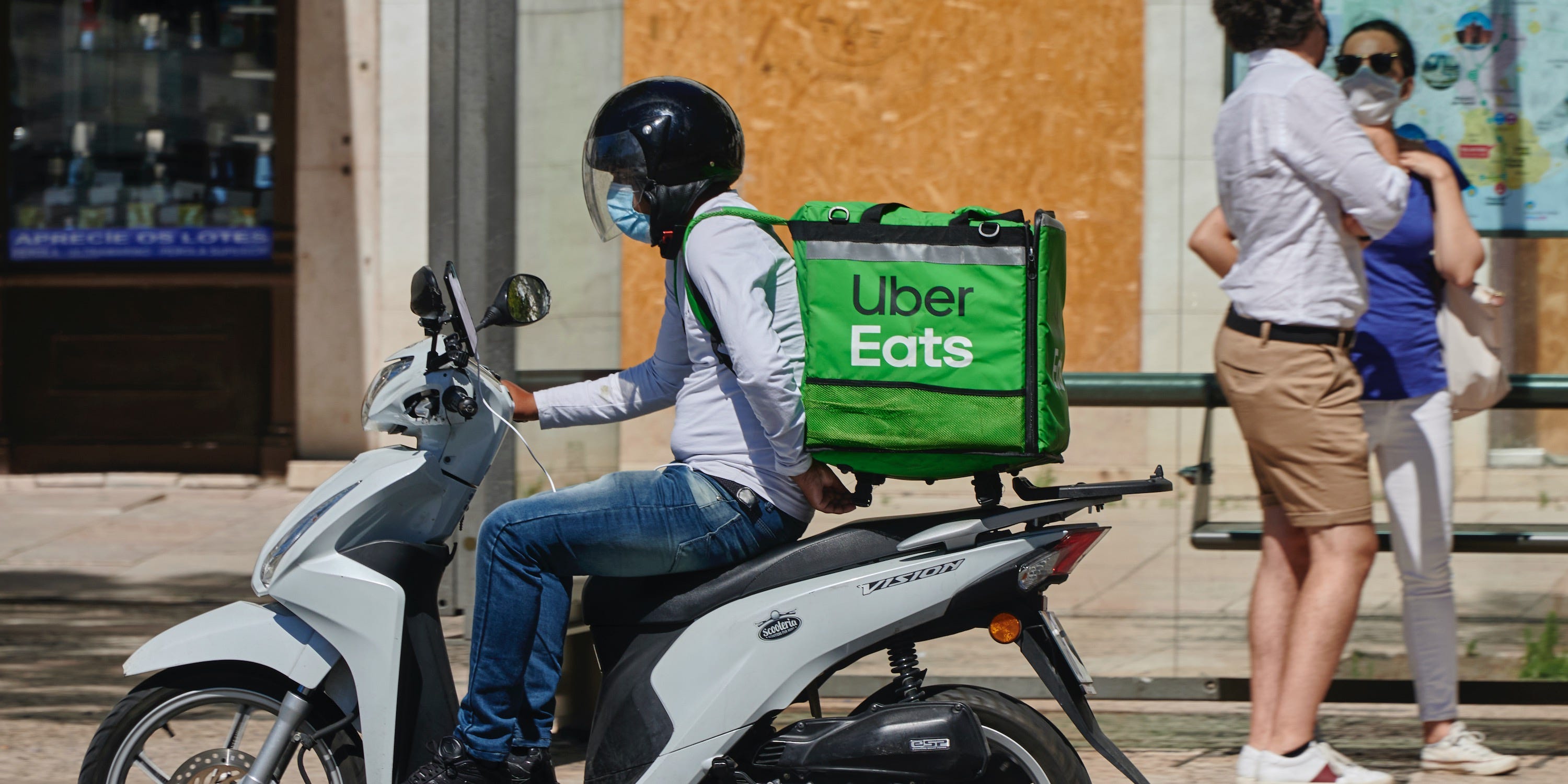 Uber is set to announce second-quarter figures on Thursday and offer insights into how its rideshare and food-delivery businesses fared through the COVID pandemic.

The company issued several updates throughout the quarter revealing a slowdown in its rideshare business. Yet just as ride revenue weakened, Uber’s Eats business rapidly expanded amid continued stay-at-home activity.

Analysts are split on which unit’s performance will outweigh the other. Yet nearly all agree that Uber Eats remains an area of interest moving forward. The rideshare giant announced its takeover of food-delivery firm Postmates in early July, snagging more market share in the booming sector. Commentary around how the deal will bolster Eats will be closely watched.

Uber posted a $US2.9 billion loss in the first quarter as the pandemic first cut into ride activity. The loss was greater than analysts’ expectations, yet shares traded slightly higher following the announcement after executives said a recovery was kicking off. Coronavirus cases have since spiked higher throughout the US, leaving investors to wonder how Uber can withstand a longer-than-expected pandemic.

Here’s what four Wall Street analysts expect when Uber reveals its second-quarter figures. The company closed at $US33.20 Wednesday, up 11.6% year-to-date.

The team of analysts led by Justin Post expects Uber’s rideshare business to fall below Wall Street estimates. Bookings sank 60% year-over-year in early July amid continued quarantines and a resurgence in virus cases. Even if ride count recovered through the month, the analysts see ride pricing as a second headwind against the segment. Prices in key markets are down as much as 15% year-over-year, according to Bank of America, creating a new pressure even as bookings recover.

Demand for Uber Eats and the company’s market share growth will impress but ultimately fail to drive an earnings win, the team said. Bank of America credit and debit card data shows online restaurant spending up 124% year-over-year through the quarter and up 139% in July alone. The analysts see Uber Eats outpacing main rival GrubHub and possibly snagging a greater share of the food delivery market. The Postmates deal will only further help Uber outperform through the pandemic, the bank added.

“Near-term, biggest positives are Eats demand uptick and share gains and potential that ridesharing is preferred over public transportation for commuters when US starts to reopen,” the analysts wrote.

Bank of America expects Uber to miss the consensus analyst estimate for quarterly revenue and losses. The firm holds a “buy” rating for Uber shares, with a price target of $US42.

Wedbush: ‘A long road ahead’

Uber will fail to meet Wall Street’s expectations for revenue and losses over the quarter, but look to the Eats segment for hints at future success, the team led by Dan Ives said Tuesday.

Profits continue to be squeezed by the competitive environment, as several players fight for a surge of new customers. Stay-at-home activity remains a massive drag on Uber’s rideshare unit, the analysts said, adding the second quarter will mark a trough for the business.

It’s “a long road ahead” for the gig economy, the team wrote, but “the overall environment is starting to improve” for giants like Uber.

The report won’t be all doom and gloom, according to Wedbush. The firm is bullish on Uber’s Eats business and expects it to double in size through the second quarter. Combining units and integrating Postmates should boost synergies including batching and chaining of orders, the analysts said.

Wedbush holds an “outperform” rating on Uber shares, with a price target of $US47.

Even as investor sentiment toward rideshare firms remains cautious, Uber is the industry winner, JPMorgan analysts led by Doug Anmuth wrote Tuesday. Its Eats business is performing “extremely well” amid the economic downturn, and trends driving its success are likely sustainable, according to the bank.

“We believe that after weeks of rideshare volume improvements into early June, recovery has slowed, stalled, or reversed in some cities,” the analysts said.

Canaccord Genuity: ‘Uber has done a good job staying in front of investors’

The rideshare giant’s updates throughout the pandemic played an important role in keeping investors on board, analysts led by Michael Graham said. The company “has done a good job at staying in front of investors,” and that communication may blunt a disappointing quarter, they added

Canaccord Genuity sees a slump in rideshare activity offsetting Eats growth by a sizeable margin. Second-quarter revenue will land “modestly below consensus” and losses will similarly miss estimates, according to the firm.

Investors should watch out for any updates to the virus’ impact on rideshare and Eats growth, as well as rideshare trends in the recovering Asian and European markets, the team wrote. Any commentary regarding the Postmates deal and its impact on Eats will also be important, according to the firm.

Canaccord Genuity reiterated its “buy” rating for Uber with a price target of $US48.