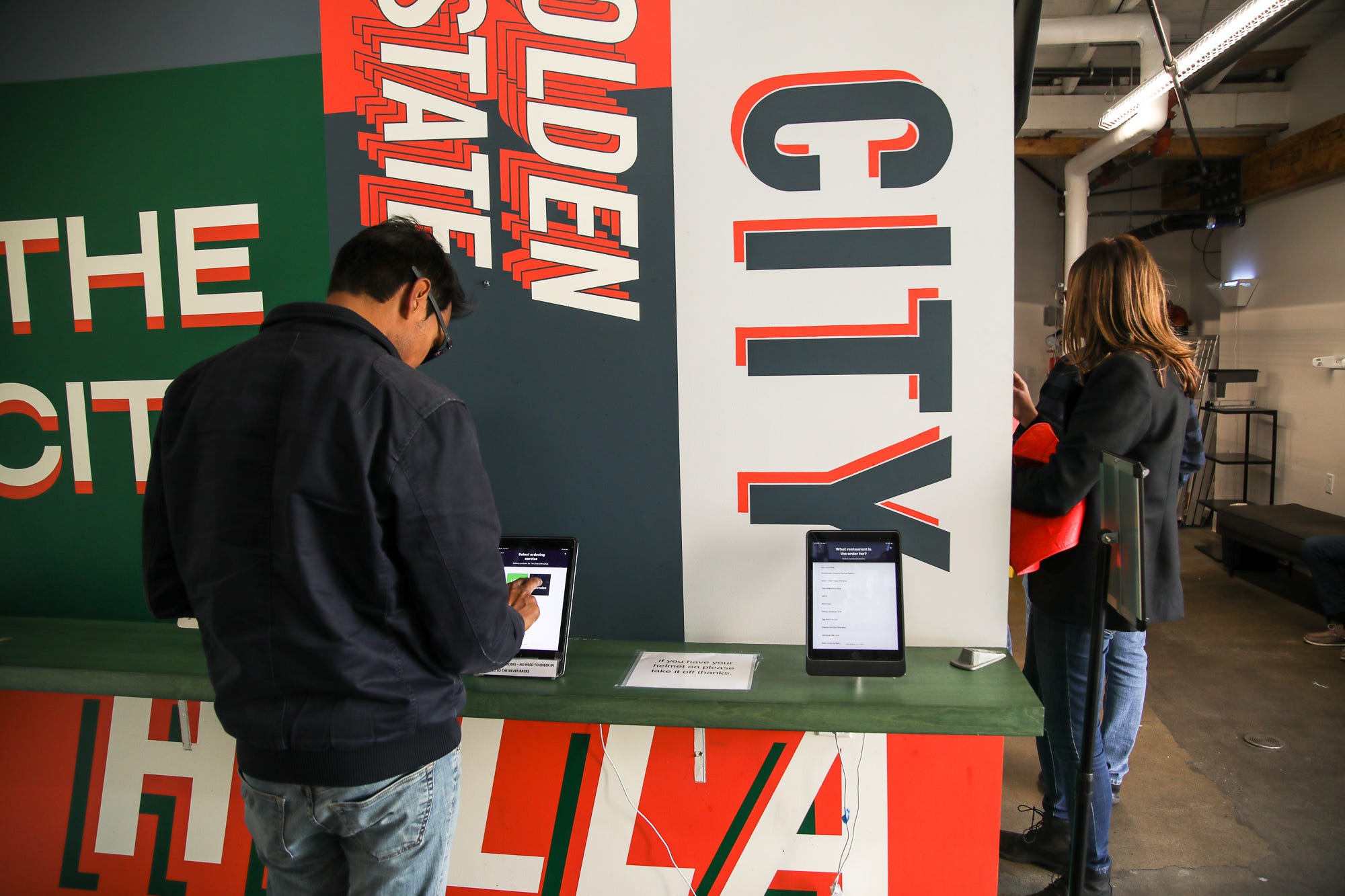 CloudKitchens, a food-delivery startup by ousted Uber founder Travis Kalanick, says someone broke into its San Francisco headquarters and started a fire.

On Twitter, the company – which operates several delivery-only restaurants from a central kitchen facility – outlined what it says was attempted arson at its SoMa location, and posted video evidence to back up the claims.

“At 4:52am on Monday a suspected arsonist entered our facility in San Francisco,” CloudKitchens said late Tuesday. “He disconnected & destroyed the security cameras in the facility. A fire started in the facility prior to his exiting at 5:02am. This small fire was contained by the fire dept at around 5:17am.”

The company says police are investigating the event as arson.

The damage was minimal, the company said, and posted a photo of the aftermath:

Here is a photo of the damage. It was contained by the quick response of the SF Fire Department. Fortunately there was only minor damage to a single interior wall in the facility. Looking to have the wall patched and be back up and running tomorrow pic.twitter.com/GMKxVAOVyf

Funded with some of the hundreds of millions of dollars Kalanick cashed out of Uber stock in the years following his departure from the ride-hailing company, CloudKitchens is competing in a quickly growing segment of food-delivery sometimes called “ghost kitchens” or virtual restaurants.

From the footpath, you’d hardly know there are multiple bustling “restaurants” inside delivering meals via platforms like GrubHub, Uber Eats (ironically), DoorDash, and more. To date, the company’s raised $US700 million, according to Pitchbook data, garnering it a valuation of more than $US5 billion. Chamath Palihapitiya, founder of Social Capital and newfound viral sensation following his CNBC appearances, is on the company’s board alongside Kalanick and the chairman of Saudi Arabia’s public investment fund, which holds a sizable equity stake.

But there are plenty of other competitors hoping to nab a slice of the market. Kitchen United, based in Pasadena, is backed by Google Ventures and even Amazon has invested in Europe’s Deliveroo, which has similar aspirations. The coronavirus pandemic, which forced most restaurants to stop in-person service, also could be a clear catalyst for the delivery-only operations.

“Demand for ghost kitchen facilities will likely spike in the short term as restaurants seek to offer delivery services to offset declining in-store business,” CB Insights said in a recent report. “However, this will likely do little to alleviate current issues facing restaurants, as the ghost kitchen business model is new and not widely available. In the longer term, restaurants may take a more strategic view of ghost kitchens, driving more demand for the service.”