An Uber engineer says he quit after the company pressured employees to advocate for Prop 22, which would exempt ride-hailing companies from California's gig worker law 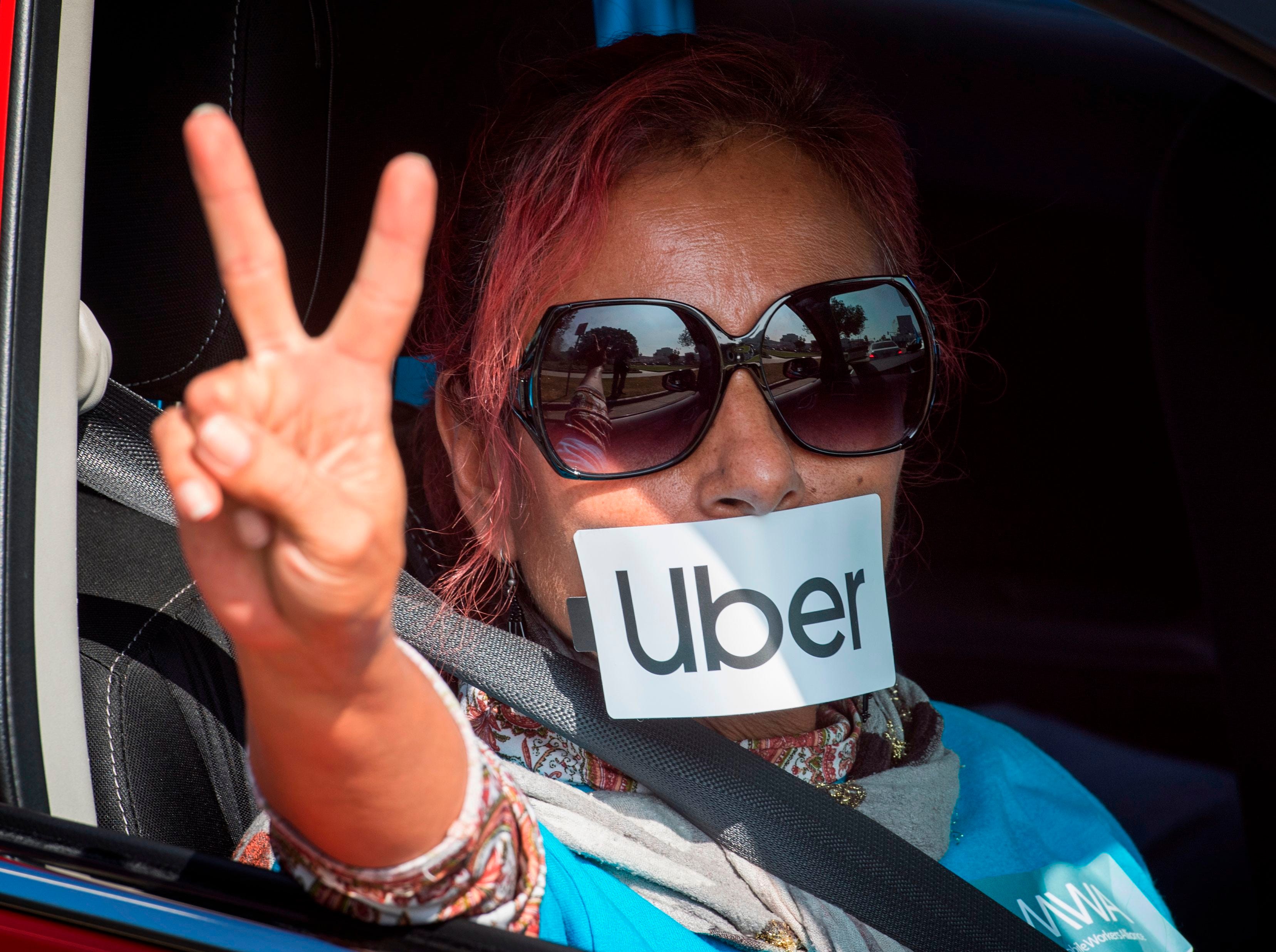 Former Uber engineer Eddy Hernandez said he left the company at the end of September because he felt pressure to help the company advocate for Proposition 22, an Uber-backed measure that’s on the ballot for Californians on Tuesday, KQED reported earlier this week.

“Inside the company, pushing back against Prop 22 was like trying to stop a bullet,” Hernandez said in a blog post last week.

Prop 22, which would exempt companies like Uber from complying with California’s gig work law, AB-5, with regards to ride-hailing and food delivery workers, is one of the most hotly contested and closely watched initiatives on the ballot, with major financial implications for companies like Uber and Lyft, who have threatened to leave the state if it fails.

With so much at stake, Uber, Lyft, Postmates, DoorDash, and Instacart have collectively spent nearly $US203 million to boost the measure â€” the most money ever spent on a California ballot measure and more than 10 times the amount spent by opponents, according to Ballotpedia.

Hernandez said Uber employees have been on the receiving end of that unprecedented push as well, joining others who have quit over similar concerns.

“Leadership made it a company-wide initiative, which meant that Prop 22 was part of employees’ performance and promotion reviews,” Hernandez said. “How well did you execute on Yes on Prop 22? UX writers, designers, developers, marketing and policy folks were expected to aim all their efforts at getting a Yes on Prop 22.”

Uber spokesperson Davis White denied Hernandez’s claims, telling Business Insider that “Uber will not favour or disadvantage anyone based on their decision to participate” in Prop 22 advocacy, and that “an employee’s position on Prop 22 has never and in no way will factor into performance reviews.”

But Hernandez said that Uber used a variety of approaches to enlist employees in what KQED described as “constant” pressure, including free giveaways of pro-Prop 22 T-shirts, managers using Prop 22 backgrounds on Zoom calls, and company-wide emails encouraging employees to explain his support for Prop 22 to family and friends.

White told Business Insider that Uber has sent only two company-wide emails about the measure, one each in August and October, the latter of which told employees “lending your voice, your vote, or your time to Prop 22 is entirely up to you,” before listing ways to get involved, while emphasising that participation “is completely voluntary.”

Uber and Yes on 22 (the group funded by Uber and its competitors) have waged an aggressive PR campaign to gin up support for the measure, at times through dubious tactics such as ads and mailers falsely implying endorsements.

Recently, Uber has been running ads claiming that “the NAACP” supports Prop 22, according to KQED reporter Sam Harnett. However, the National Association for the Advancement of Coloured People has not endorsed the measure â€” only its California chapter, and public finance records show that Uber and Lyft paid the chapter’s president $US85,000 through a consulting firm she owns.

SFGate also reported last month that a law firm paid by Yes on 22 sent mass mailers to California voters that tried to persuade them to vote for Prop 22 by falsely claiming that (nonexistent) political groups supportive of Sen. Bernie Sanders and various Democrats also were in favour of the measure. However,Sanders and the California Democratic Party have both opposed Prop 22.

White did not respond to questions about the NAACP ads and a spokesperson for Yes on 22 did not immediately respond to a request for comment.