Uber is set to reveal how badly the coronavirus hurt its business in the 2nd quarter. Here's what to expect from its pivot to food delivery. 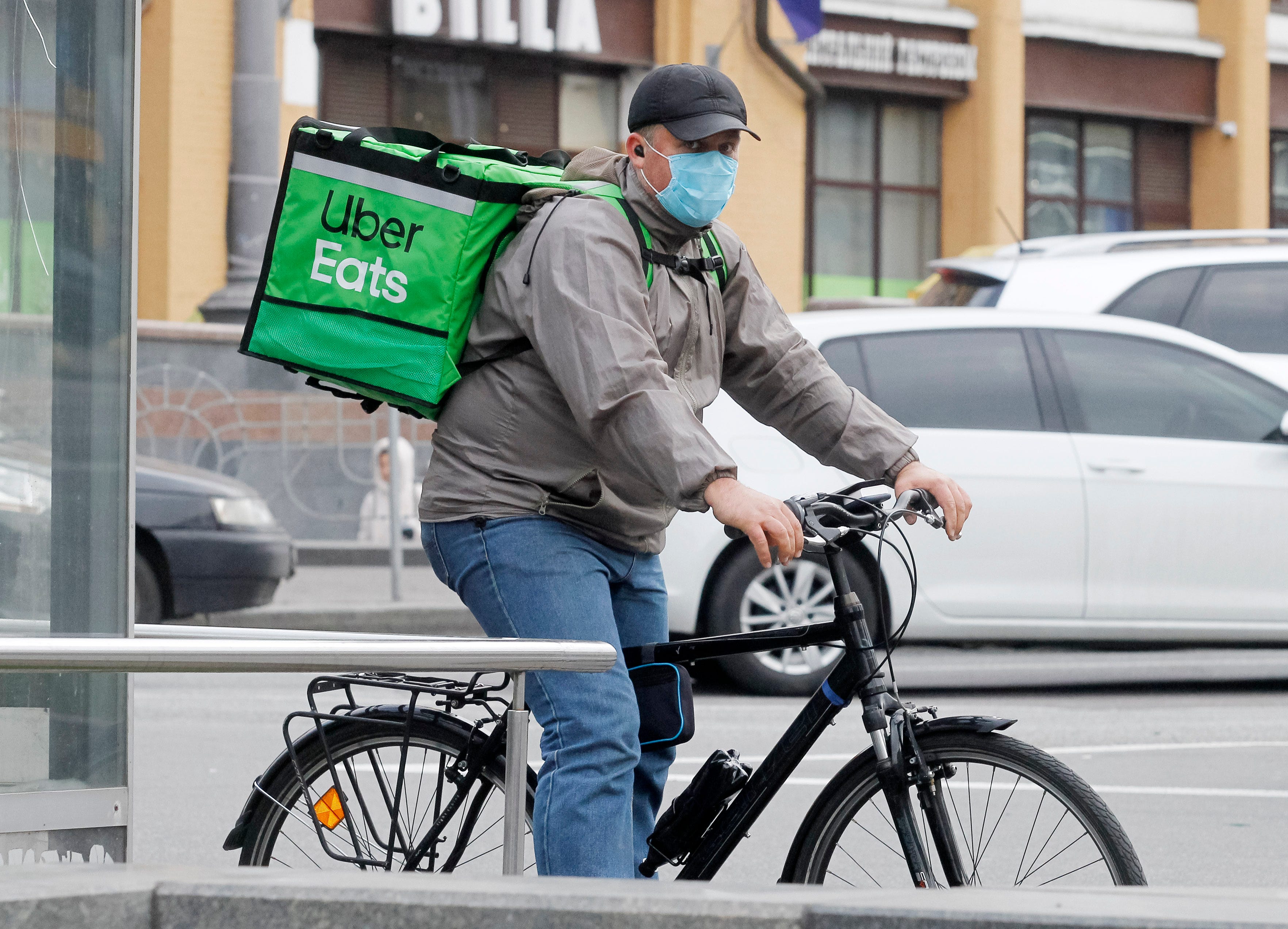 Pavlo Gonchar/SOPA Images/LightRocket via Getty ImagesAn Uber eats deliveryman wearing a face mask as a precaution against the spread of Coronavirus rides a bike on the streets of Kiev, Ukraine.

Uber on Wednesday will release its second-quarter financial data, revealing the full extent of the coronavirus’ impact on the firm’s business during the three-month period ending June 31.

As the pandemic spread around the world, Uber’s core ride-hailing business plummeted, forcing it to rely more heavily on its Eats food-delivery service to make up as much of the difference as possible. Still, overall revenues have plunged and slowed the company’s path to turning its first-ever profit.

Here’s what analysts expect from the numbers (all non-GAAP):

While the pandemic didn’t fully hit most of the world until late March, meaning it was largely not relevant in Uber’s first-quarter results May, the company has provided a few updates on its recovery in recent months. Last month, the company said markets like Hong Kong are back up to 80% of previous levels, with Europe also regaining steam.

But data from Chase credit card spending has analysts worried the resurgence may have slowed in some areas like the United States, which has largely failed to contain its outbreak.

“We believe that after weeks of rideshare volume improvements into early June, recovery has slowed, stalled, or reversed in some cities,” JPMorgan analysts wrote this week.

To make up the difference, Uber’s cut about $US1 billion in overhead costs by laying off roughly 7,000 employees since March. It’s used some of that freed-up money to invest heavily in its Eats product.

“You’ve had 3 years of acquisition kind of compacted into, call it, 6 months,” CEO Dara Khosrowshahi said in June of the company’s aggressive expansion, including its $US2.65 billion deal to buy Postmates and its entry into grocery delivery.

Eats made up 23% of Uber’s overall revenue in the first quarter, and analysts will be looking for more details on the segment’s continued growth post-acquisitions.

There are also worries that business travel, usually a high margin line for airlines and ride-hailing companies alike, could take years to ever rebound to previous levels, further hurting a vertical that Uber invested heavily into in recent years.

On the conference call Thursday afternoon, analysts are almost certain to ask again about growing labour concerns that Uber has largely shrugged off. On Wednesday, the company was sued by the California labour commission, which accused Uber of skirting the state’s gig worker law. The suit is similar to one filed by a group of California attorneys general in May.

Uber and many of its competitors including Lyft and Doordash have spearheaded a ballot measure to overturn AB5, which requires the companies to treat some workers as employees. Their proposal, backed by $US110 million, is a pooled fund for healthcare, overtime, and paid-time off instead, and will be on California ballots in November.

“What we’re after is this third way,” Khosrowshahi said of the proposal in June. “Which is, if someone who wants to – whether you want to work or don’t work, you can define your own hours, if you want to go on vacation, you don’t have to ask anyone to go on vacation – but also having the same kind of safety net that comes with a full-time job. We think that’s the better solution.”

Shares of Uber are up 7% since January 1, outpacing broader market indices.

“Near-term, biggest positives are Eats demand uptick and share gains and potential that ridesharing is preferred over public transportation for commuters when US starts to reopen,” Bank of America said of the stock this week.

Lyft will report earnings on August 12.