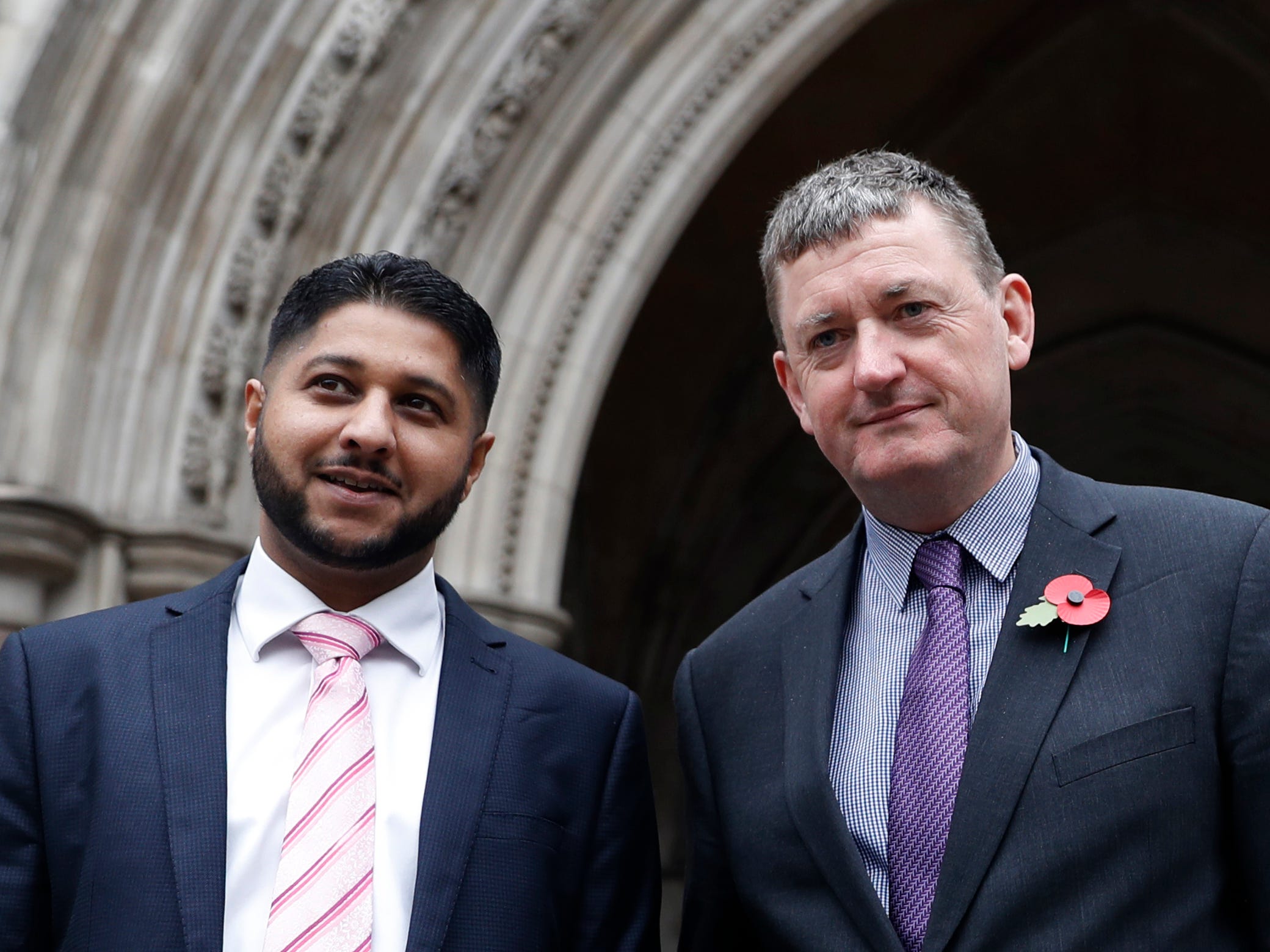 ASSOCIATED PRESSFormer Uber drivers Yaseen Aslam and James Farrar, who took Uber to court in the UK over driver rights.

Uber just lost a major ruling from the UK’s top court on whether its drivers should be classified as workers instead of self-employed contractors.

The Supreme Court made its verdict during a hearing which started at 9:45 a.m. GMT on Friday. The judges concluded that Uber drivers should be counted as workers, entitling them to basic worker rights such as holiday pay and national minimum wage.

The decision potentially threatens Uber’s business model in the UK, one of its biggest markets.

The legal battle kicked off five years ago when two ex-Uber drivers, Yaseen Aslam and James Farrar, filed a lawsuit against Uber. They argued that the ride-hailing company was breaking UK employment law by failing to offer basic worker rights, and won.

Uber fought back and appealed the ruling in 2017. The company said it acted like other traditional minicab firms and counts its drivers as independent contractors, which ultimately gives Uber drivers minimal protections, such as no holiday or sick pay.

Uber considers itself a technology platform that connects riders and drivers and takes a payment in the process.

Yaseen Aslam told Insider Friday: “I understand the implications of how important today’s ruling is for millions of precarious workers.”

He said, “These companies, like Uber, rely on vulnerable people they could exploit who don’t understand the law or they don’t know how to assert their rights.”

The government also has to “take responsibility on this abuse of rights,” Aslam added.